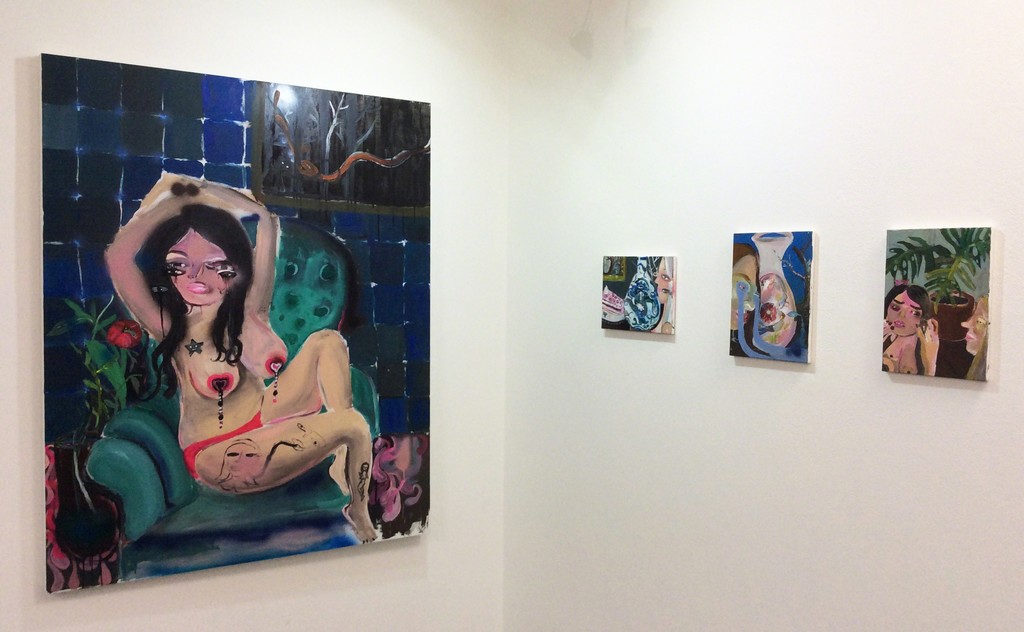 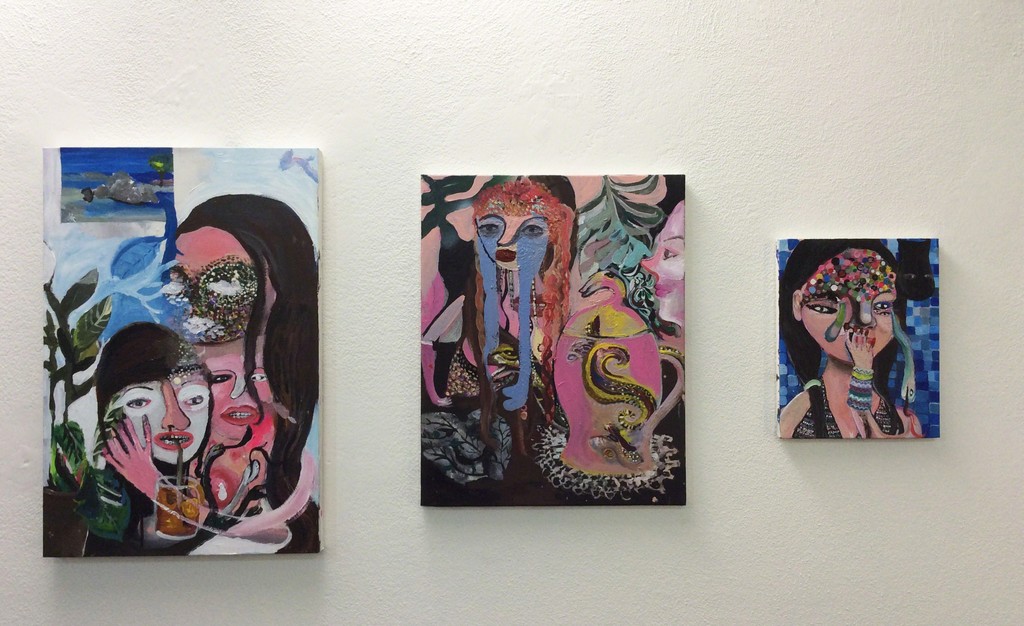 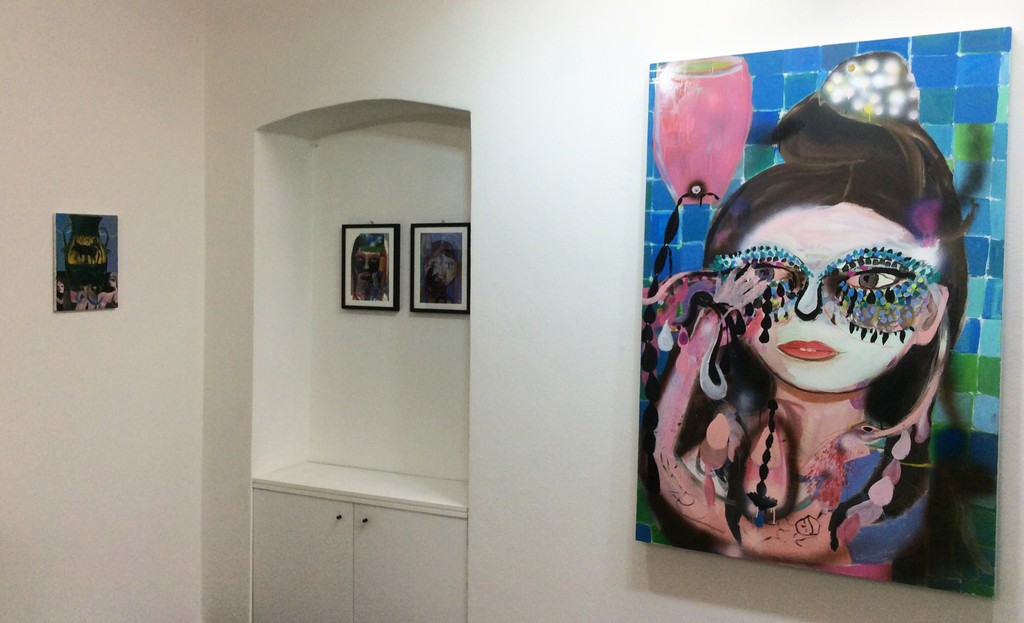 Starting on Thursday, December 1st, Burning Giraffe Art Gallery hosts the exhibition Vases and Snakes, a solo show by painter Silvia Argiolas (Cagliari, 1977, lives and works in Milan), one of Italy’s most interesting emerging artists.
The exhibition is made of a collection of thirty paintings, between works on canvas and on paper, created by the artist especially for her first solo show at the Turin based gallery. These artworks are the more mature and intimate evolution of a collection of strongly surreal drawings presented las year by Argiolas, always at Burning Giraffe Art Gallery, in the occasion of a group exhibition which traced the heritage of the great Carol Rama in a group of young artists. There’s no doubt this heritage is alive and strong in Argiolas’ artworks; both in the paintings, made of such shades of colors and a figuration able of combining an incredible introspective ability of expressionistic descent, with naïf and surreal suggestions, and in the drawings, grooved by black charcoal traits, violent and tormented.
The dichotomy of Vases and Snakes evoked by the title is emblematic of the strong symbolism, so intimate and vital, underlined by constant eroticism – each time more or less evident, sometimes blatant, others just suggested, but always there – which marks each of the exhibited works. «With Vases and Snakes Silvia Argiolas stretches the Symbolism’s tendons to their maximum hardening – writes curator Domenico Russo in his critical essay –, revealing the inextricable weaving which leads the subject to the search of the object of his own pleasure.»
In this new series of works by the artist, Morandi’s pale and simple objects meet the sexual and dreamlike exuberance of Carol Rama’s symbolism, exceeding any form of citation and influence, because of the warmth, the sense of intimate conjunction, which, according to seminal psychologist William James, pervades our deepest sensations and memories. Silvia Argiola’s artworks are born in the immediacy of the sensibility of a deep and sensitive soul, able to expose herself, and the society we live in.
Since 2006, Silvia Argiolas has exhibited her works in many colo and collective exhibitions, both in Italy and abroad. Amog these are: Arrivi e partenze, Mole Vanvitelliana of Ancona, curated by A. Fiz and W. Gasperoni (2008); Whaleless, Strichinin Gallery, London, curated by G. Cervi (2009); Italian Newbrow, Civic Picture Gallery Palazzo Volpi, Como, curated by I. Quaroni (2012); Solo Show, Robert Kananaj Gallery, Toronto (2013 e 2015); PanoRama, Burning Giraffe Art Gallery, Torino, curated by O. Gambari (2015); Di carne e di nulla, Antonio Colombo Arte Contemporanea, Milano , curated by L. Beatrice (2016); All Flesh is Grass, Ateliermultimedia Galerie, Vienna, curated by D. Russo (2016).