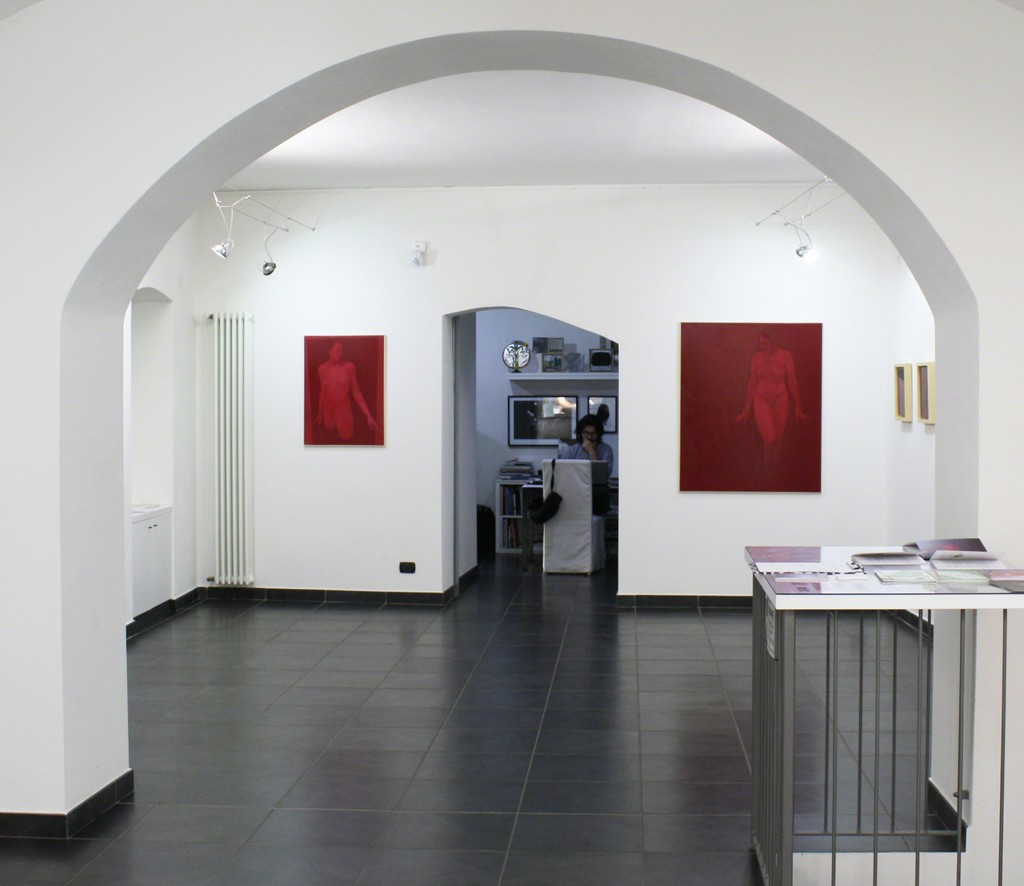 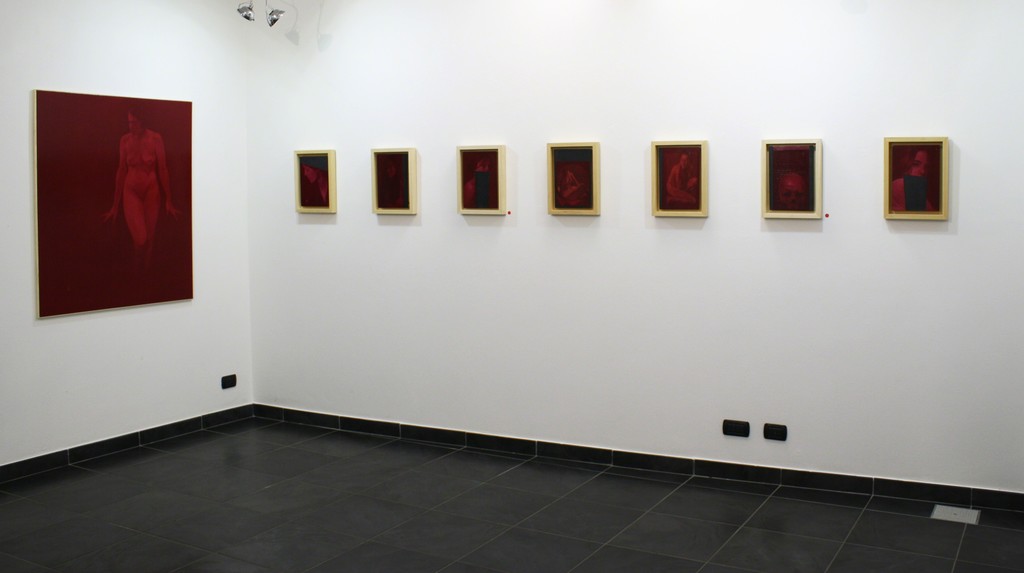 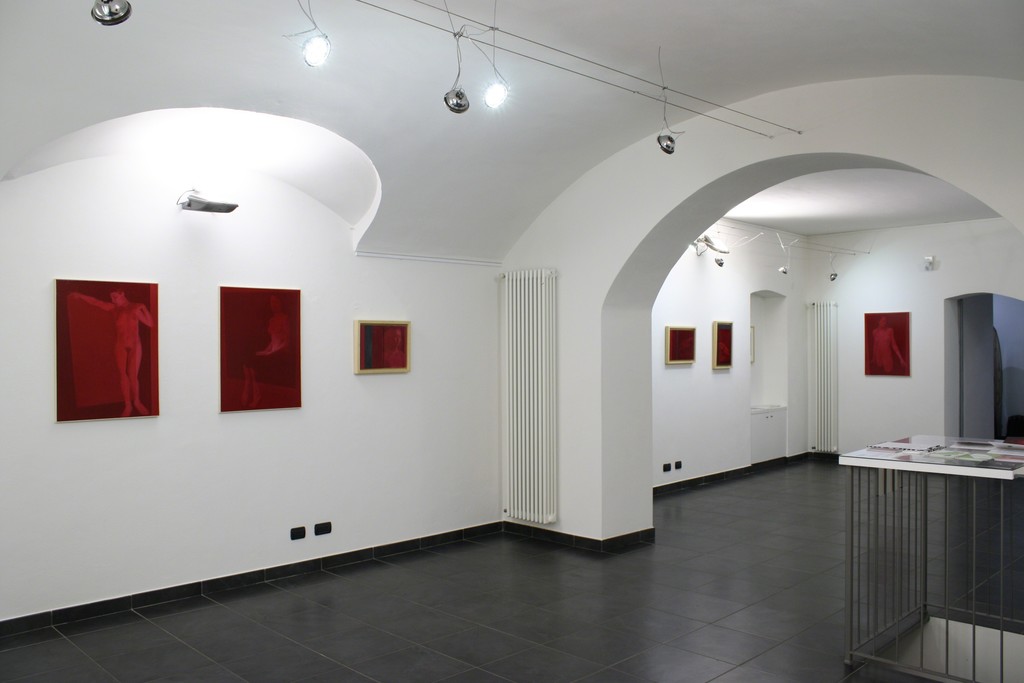 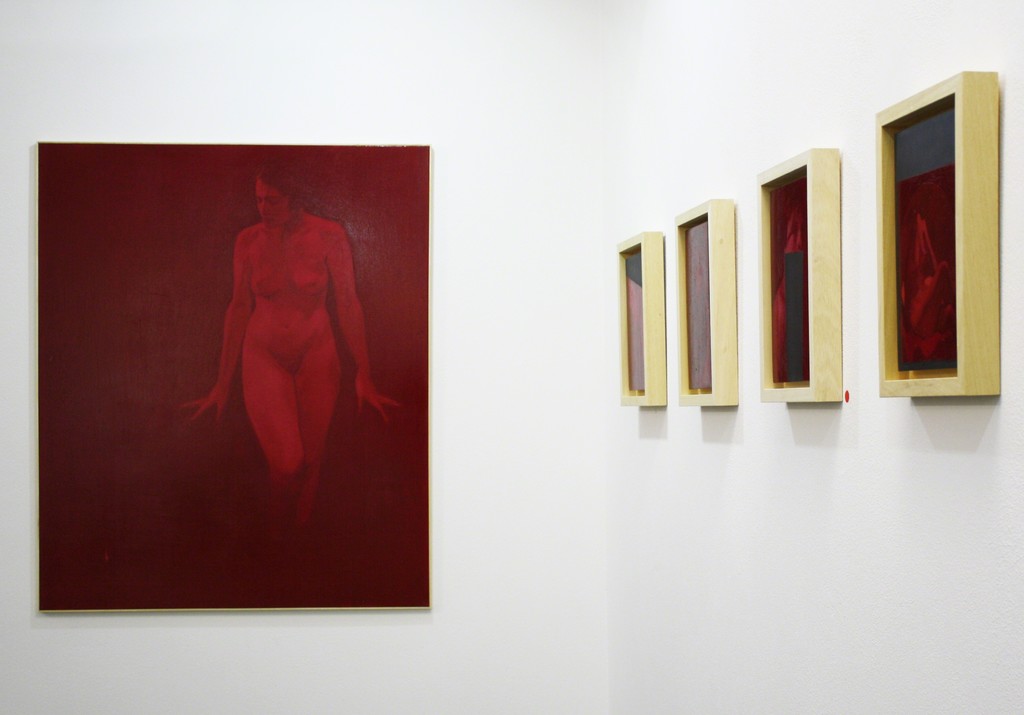 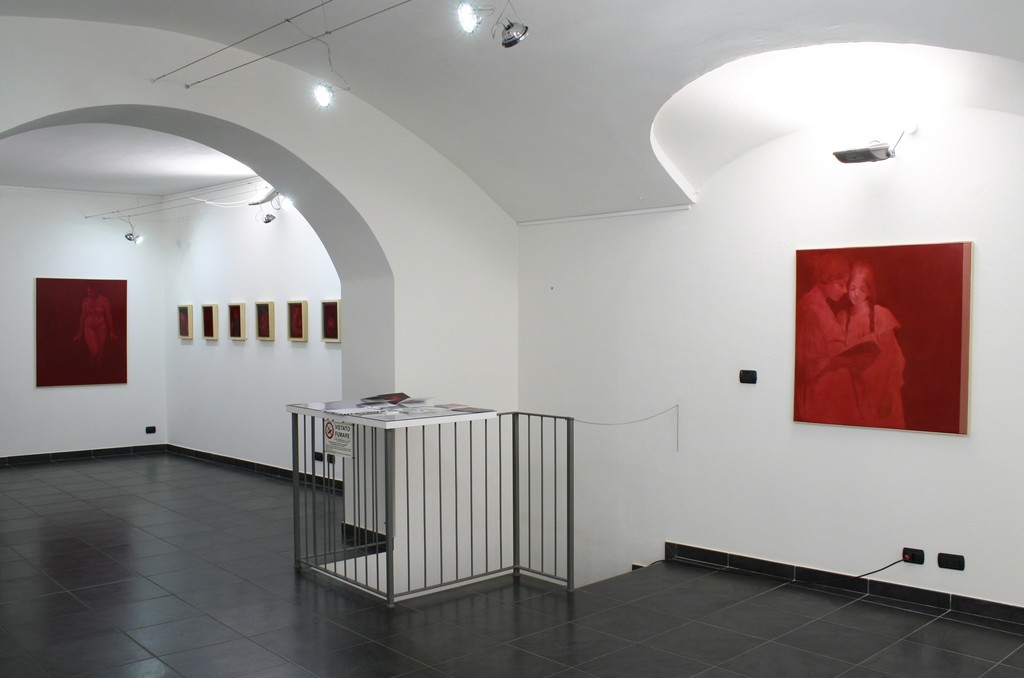 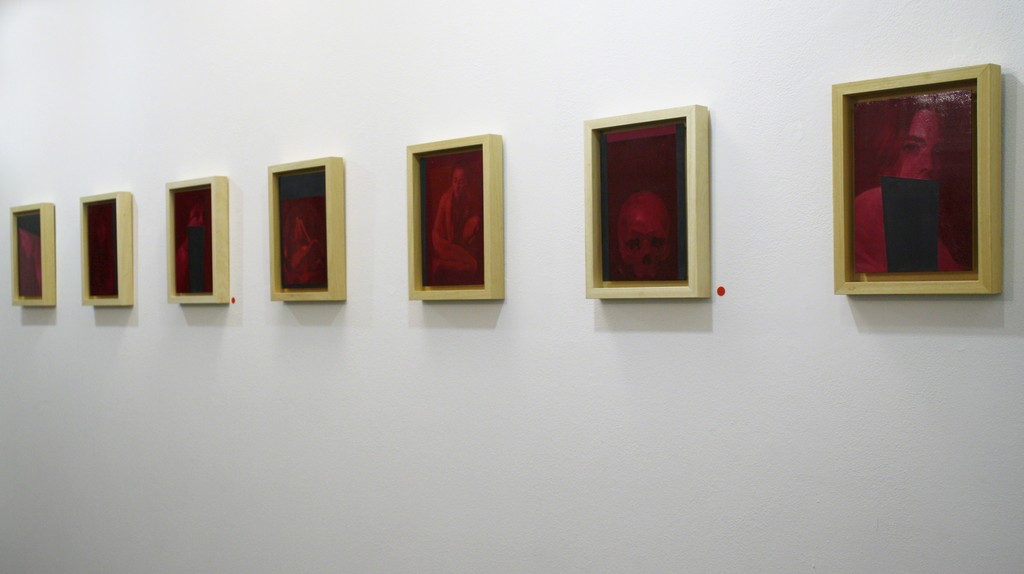 Starting on Thursday, September 29th, Turin based Burning Giraffe Art Gallery, presents the exhibition ROT, a solo show by the young and talented Italian painter Simone Geraci (Palermo, 1985).
The exhibition is made of an heterogeneous collection of works especially made for the occasion, between etchings, oil on canvas and oil on slate paintings. These last ones represent the most characteristic part of the artist’s research and his ability to exploit the natural texture and color of the stone, by leaving some of its parts naked and untouched by the painting interventions, thus transforming the slate from simple carrier to an integral part of the artwork, with its black color, both opaque and deep, and, at the same time, giving an extra mysterious dimension to the broken portraits.
The exhibited works – intense female portraits and elegant and metaphysic compositions of nudes – find a clear reference in the Romantic art of German ascendance and in its following Expressionist developments, with a special attention directed to the study of the individual, both from a physical and psychological prospective. «My research investigates the human condition ant its various drifts – explains the artist –. I try to see the psychological and introspective aspects through the centrality of the human figure. My characters are androgenic, terse and dreamy, or, on the opposite, portraits in which a silent scream finds its way through the features and the void that surrounds them, bridled to geometrical landscapes, solid volumes which overlook and immobilize the protagonists of the works».
The exclusive use of different shades of the same color, red – here the reason of the exhibition’s title –, accentuate and exasperate the dimension of isolation of the depicted characters, giving an extremely actual and contemporary feel to the exhibited paintings.

In 2012, Simone Geraci obtains a Master degree in Art Graphics from the Academy of Fine Arts of Palermo, the city where he currently lives and works, after having spent time in Germany and France. He’s a painter, engraver and illustrator and collaborates with art galleries in Italy and abroad, and with some publishing house from Palermo. From 2014, he is the art director of the collective book Il Palindromo.
From 2008, he took part in many group and solo shows, such as: Artists from Sicily – from Pirandello to Iudice, curated by Vittorio Sgarbi and Giovanni Lettini, at the Castello Ursino, Catania (2014); Informal Realism, at Quam, Scicli (2015); The Harmony of Black, Francesco Siracusa Exhibition Space, Agrigento (2014); Double Room #1 / Simone Geraci, curated by Virginia Glorioso, at XXS aperto al contemporaneo, Palermo (2016).