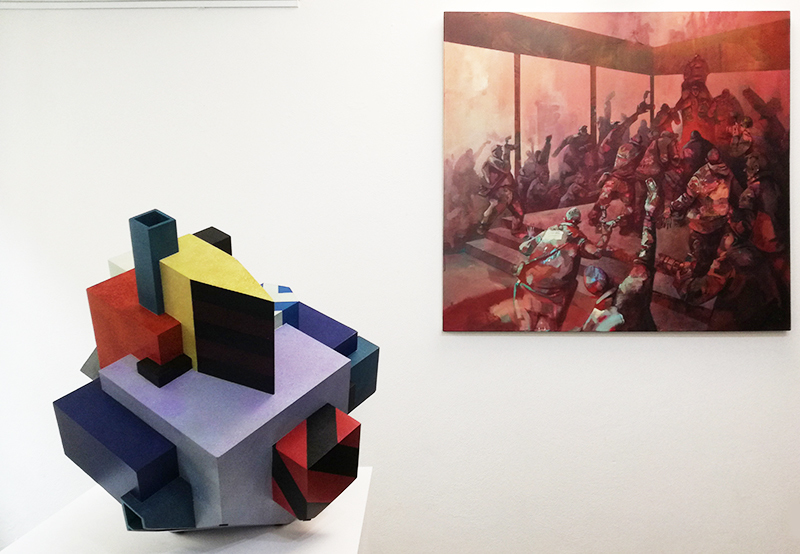 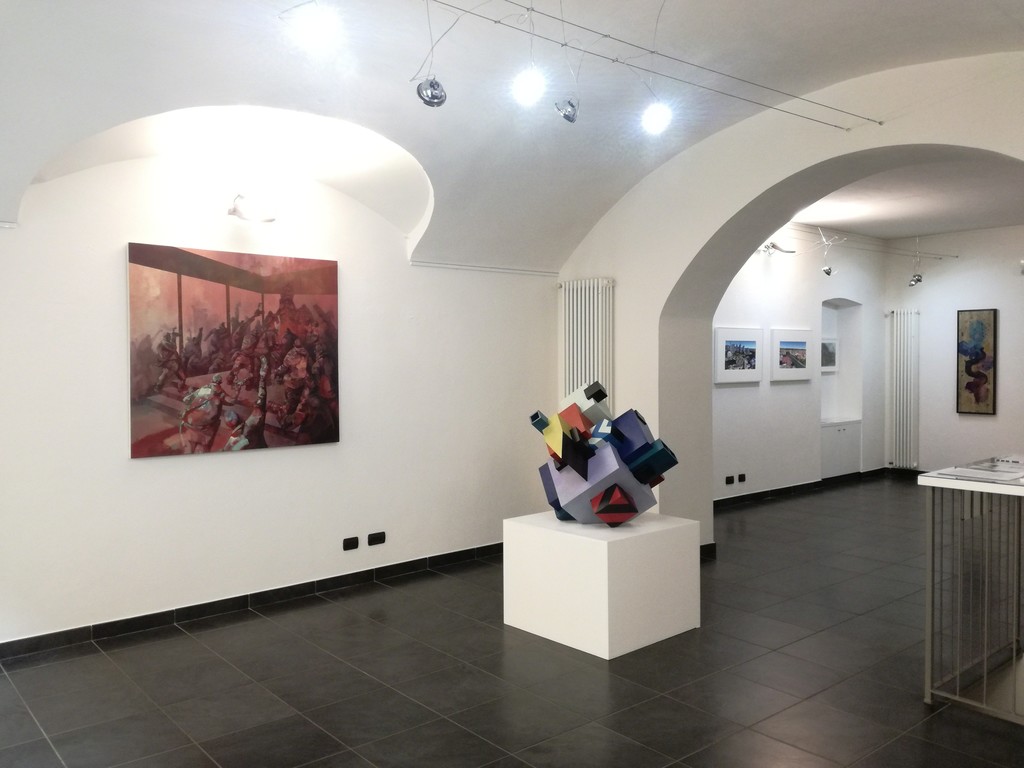 Turin based Burning Giraffe Art Gallery is proud to present the group exhibition The Twilight Zone, curated by
Alessandra Ioalé, with works by eight international artists:Francesco Barbieri, Chazme, Andrea Chiesi, Etnik, Marcantonio Lunardi, Luca Lupi, Fabio Pradarelli, Sepe.
Through the pictorial, photographic and sculptural works of these eight artistic personalities we propose a reading of the incredible and original declinations that the realist movement has taken today, in the aesthetics of representation and emotional restitution of the urban landscape and of the urban daily life that takes place in it, revitalizing and continuing what has begun over two centuries ago and underlining how this movement has not only not died, but has regained autonomy as an expressive form in the contemporary artistic scene. In the last twenty years a new group of artists has returned to represent urban daily life by answering to the duty of chronicling contemporary society with a quality and variety of original, personal and expressive solutions. For many contemporary artists the city returns to be a perfect subject for their research through which they reflect (even with polemic voices) on the crisis that has invested it and contaminated its forms in the last twenty years. New artists who paint the decadent charm of the contemporary outskirts and document the urban communities that live there describing typical everyday situations. From the descriptive realism, of Piranesian levels, of the metropolitan landscapes by artist Andrea Chiesi, pervaded by a rarefied, alienating but attractive atmosphere, where time seems to be suspended and human activity disappears. The lucid research of the Tuscan photographer Luca Lupi, who, with a pure and clear look, places himself before certain landscapes, returning subtle languages. Sharp edges, in some respects irregular in their heights, that seem the natural continuation or interruption of the horizon line, functioning visually as an electroencephalogram of the contemporary city. Moving on to the strict rigor of the volumes and compositional structures of the urban and industrial constructions, which are the protagonists of the pictorial works of the Polish muralist Chazme and the Italian architect Fabio Pradarelli, who make architectural portraits in which the descriptive detail is reduced to the essentials to demonstrate that size is not always a positive. Up to more lyrical levels, far from a descriptive will, with urban portraits and views of railway stations and uburban places around the world hinted by the palette knife of the Italian painter Francesco Barbieri, who entrusts the return of the instinctive gesture emotional atmosphere. Then we meet the original research translated into sculpture by the Italian muralist Etnik, with his architectural metaphors, which generate a personal critique to the asphyxiating savage construction operated today in our cities. If until now the human presence has remained on the sidelines, the exhibition itinerary ends with two researches that polarize the attention on two of its aspects: daily life and the sign left in the urban landscape. The Polish muralist, Sepe, in fact, is the only one in this group to document with a critical and ironic point of view typical scenes of today's daily life in a society dedicated to consumerism, to the sanctification of appearances and to the pursuit of false social values dictated by the mass media. Finally, our attention is captured by the realism transfigured in the photographic works of the Tuscan video artist Marcantonio Lunardi who, through the Google Earth software, explores the urban outskirts in a virtual environment capturing unprecedented views of the landscape that contain evidence of human presence, emphasized aesthetically exploiting the errors of the program in the 3D rendering, making them stand out as precious stones embedded in these monstrously deformed environments. In The Twilight Zones of the metropolitan centres an aesthetical oxymoron is produced: areas are attractive and repelling at the same time, they are narrated by a group of artists that contribute to the rebirth of the contemporary urban realism in the new genre-painting. A group show that has thus the ability to bring out the different forms of expression adopted by a range of artists representing the new trends of realism in the Italian and European art scene, in a continuous relationship between the return and restitution of the perceptual moment seen in the image reproduced.