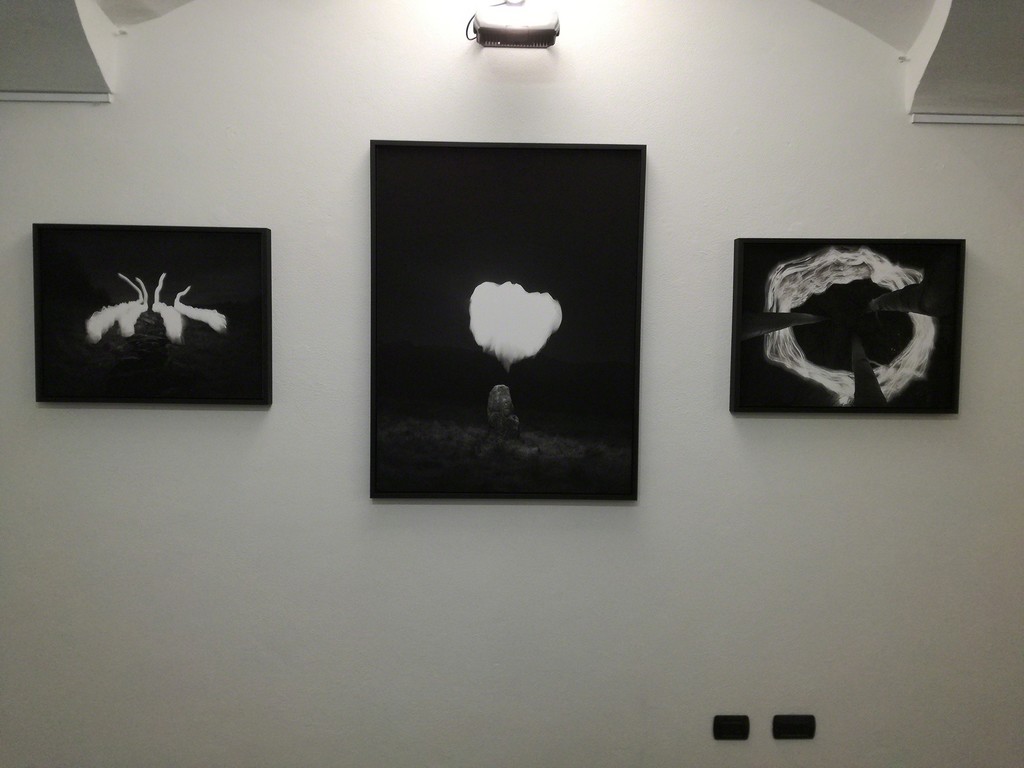 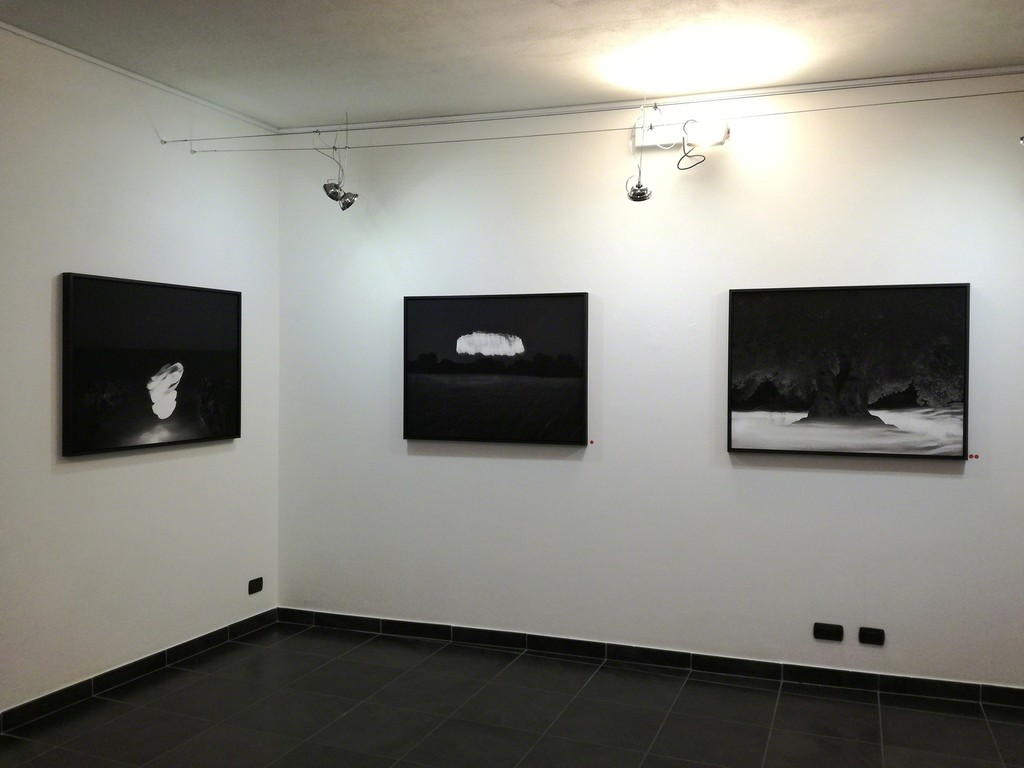 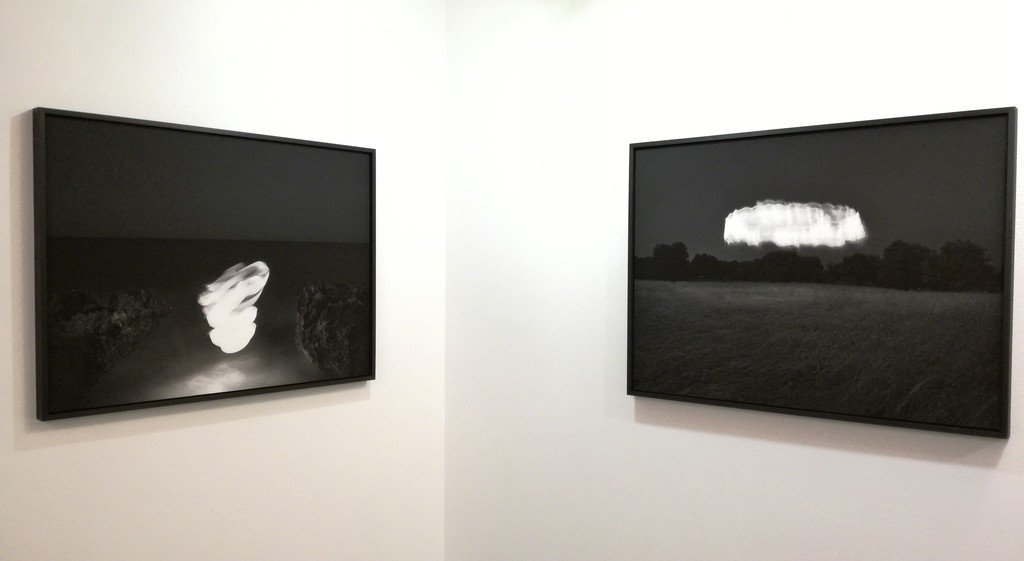 Starting on Thursday, February 23rd, 2017, Turin based Burning Giraffe Art Gallery presents a solo show by Italian photographer Ugo Ricciardi. The exhibition is made of a selection of photographs from the brand new series Nightscapes, a nocturnal journey in a landscape immersed in a muffled winter silence. The natural darkness of the depicted locations – rivers, woods, mountain valleys – is interrupted by an intrusive alien presence: a dancing light which, vibrating in frantic circles.
«The Nightscapes are a study on Nature’s silence – the artist explains –. They are born from the of erasing the noise of the multitude, of light and day. The curtain has been drawn and nobody walks through these woods. The air which moves the branches is silent, dry, and even water runs delicately, flowing like a dream.»
In this oneiric atmosphere, thought takes on the narrative structure of a fairy tale, and the luminous designs – which are actually the frantic movements of a light from a drone flying in the dark night, then captured thanks to the use of an extremely long exposure – become the free dance of a start which has abandoned the sky, taking advantage of the nocturnal silence. «The stars are here and now, they’ve come down to Earth to dance and, while the sky is falling down, the cold earth turns into the sky and our spiritual chaos finds a moment of peace.»

Ugo Riccardi was born in Turin, where he actually lives and works and where he has opened a posing studio for professional photographers. After getting a Master degree in fashion photography from the Kaverdash School of Milan, he start working for the La Presse agency and as assistance for photographer Giuseppe Pino. From 1998 to 2003, he is assistant photographer at Fabrizio Ferri’s Superstudio industria, where he works with consumed international photographers such as Andreas Bitesnich and Bruno Bisang. Back in Turin, in 2004, he focuses on fashion and advertising photography, collaborating with many international brands (Roncato, Mondadori, Keramine H, Lisap) and publishing with magazines such as Institute Magazine, Officiel Indonesia and Cosmopolitan. From 2008 to 2012 he teaches portrait at Ph Libero photographic school, in Turin. In the meantime, motivated by his constant travels to Africa and the United States, he starts a production of personal projects about the caducity of existence and transformation. In 2005 he exhibits his works in his first solo show, Angels of Stone, both in Treviso and Turin. In 2007 he participates to an exhibition honoring the great painter Enrico Colombotto Rosso. In 2014 his works are part of the exhibition A Certain Regard, in collaboration with stylist Walter Dang. In the same year he starts a collaboration with Alidem, in Milan,