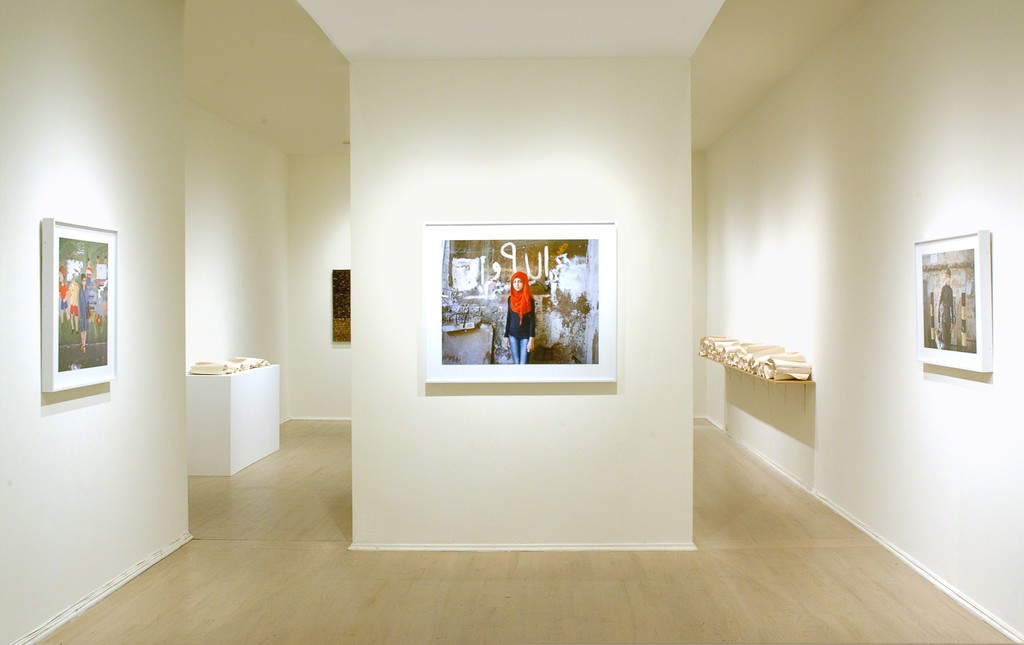 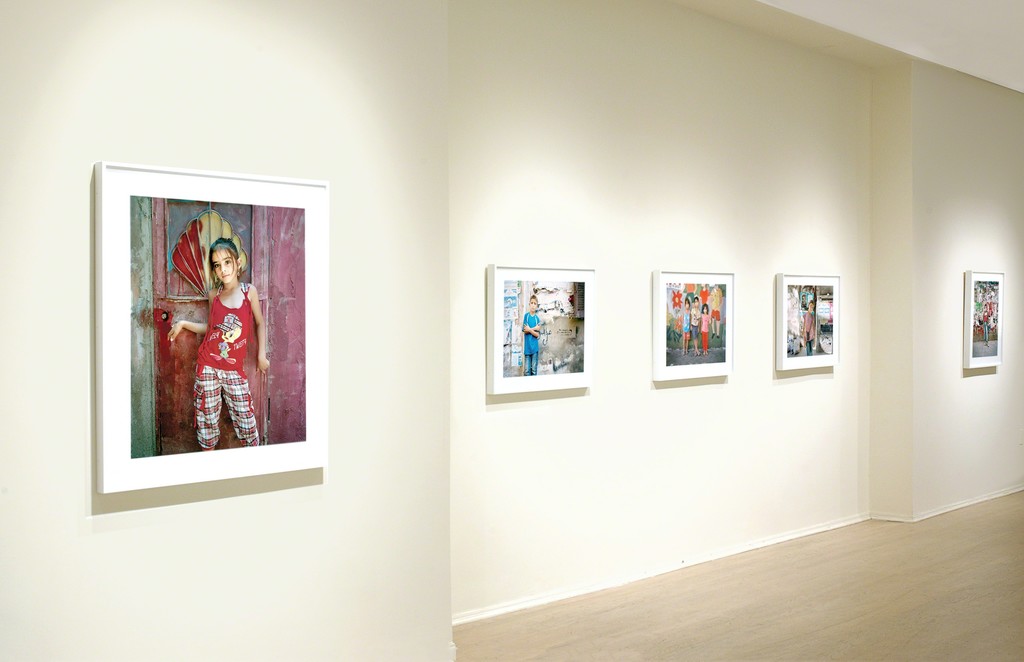 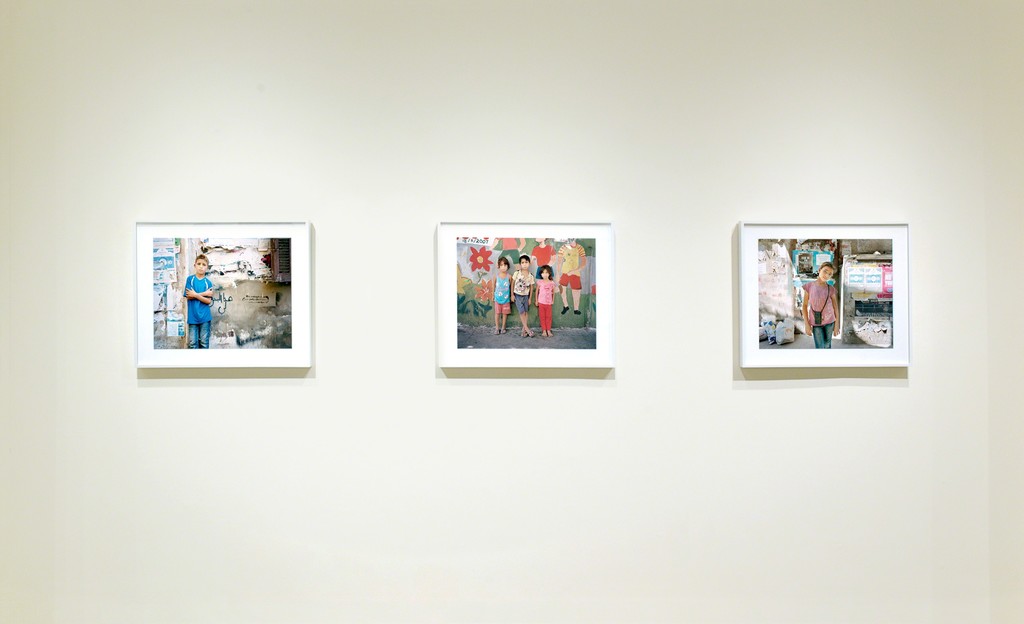 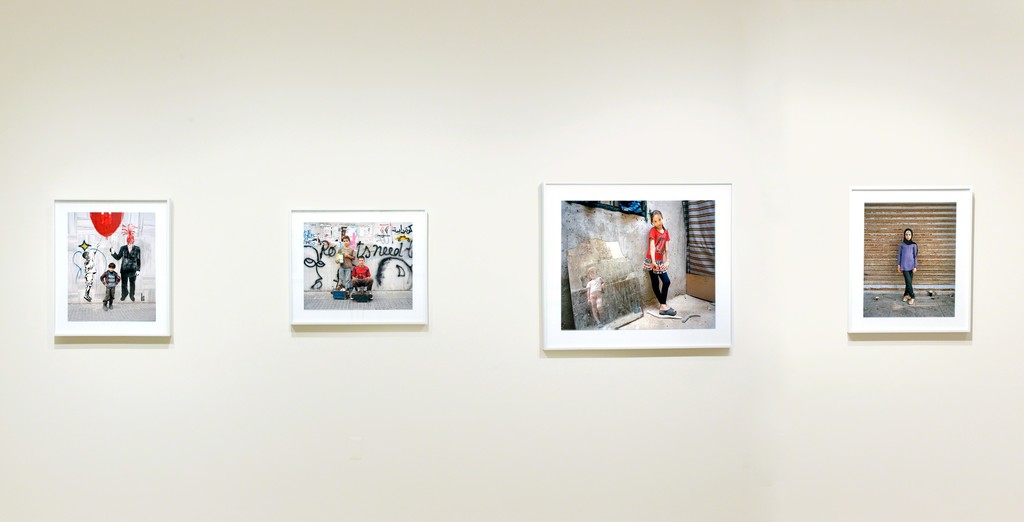 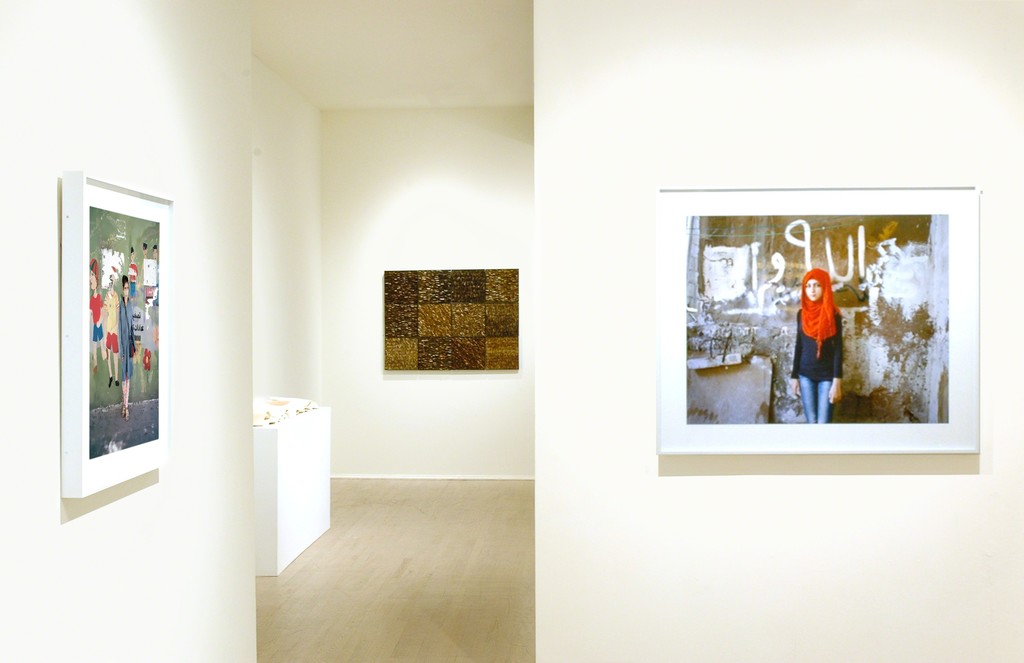 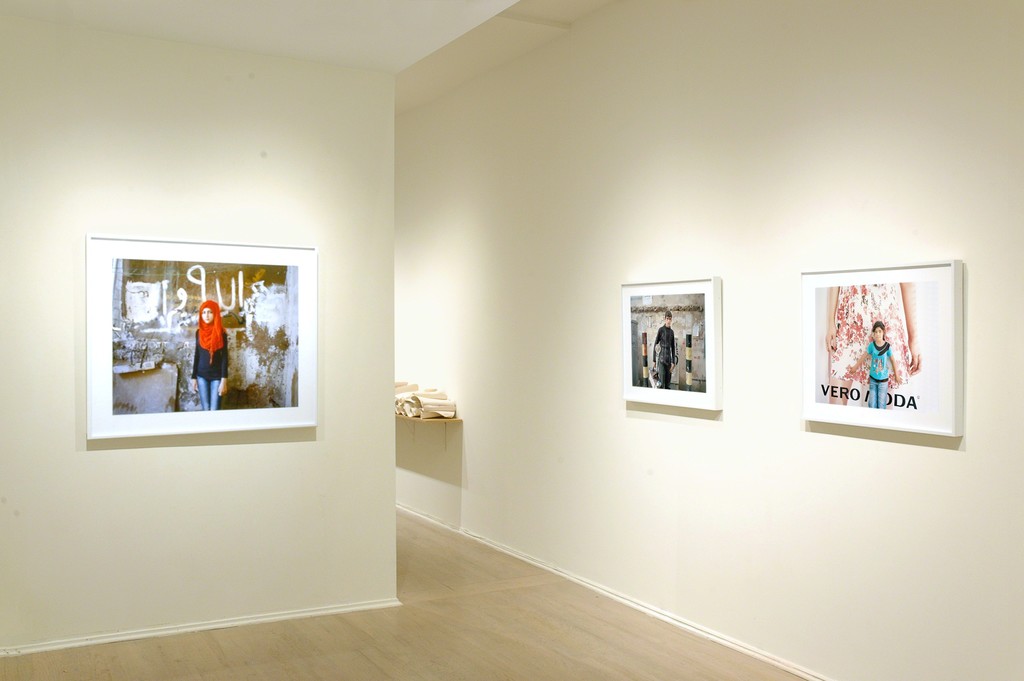 C. Grimaldis Gallery is pleased to present "Invisible Children", a solo exhibition by photographer Rania Matar. These photographs document young Syrian refugees on the streets of Beirut and third-generation Palestinian girls living in the refugee camps of Bourj el-Barajneh. Inspired by the artist’s frequent visits to the capital of Lebanon, many of these photographs depict Syrian children at work: selling red roses, carrying beat-up shoe-shining equipment, often camouflaging themselves with the graffiti they stand before.

The artist notes, “Straddled by a weak economy and domestic political tensions, Lebanon is finding it hard to cope with the large influx of refugees inside its borders, making the humanitarian crisis a difficult one to resolve.” Matar’s work often elevates mundane, everyday moments as a way of uncovering the universal within the personal. In documenting a population of young people living invisibly within a country unable to embrace them, Matar’s frank portraits seek to restore the singular identities of her subjects, intimating potential futures beyond the political crisis of their circumstance.