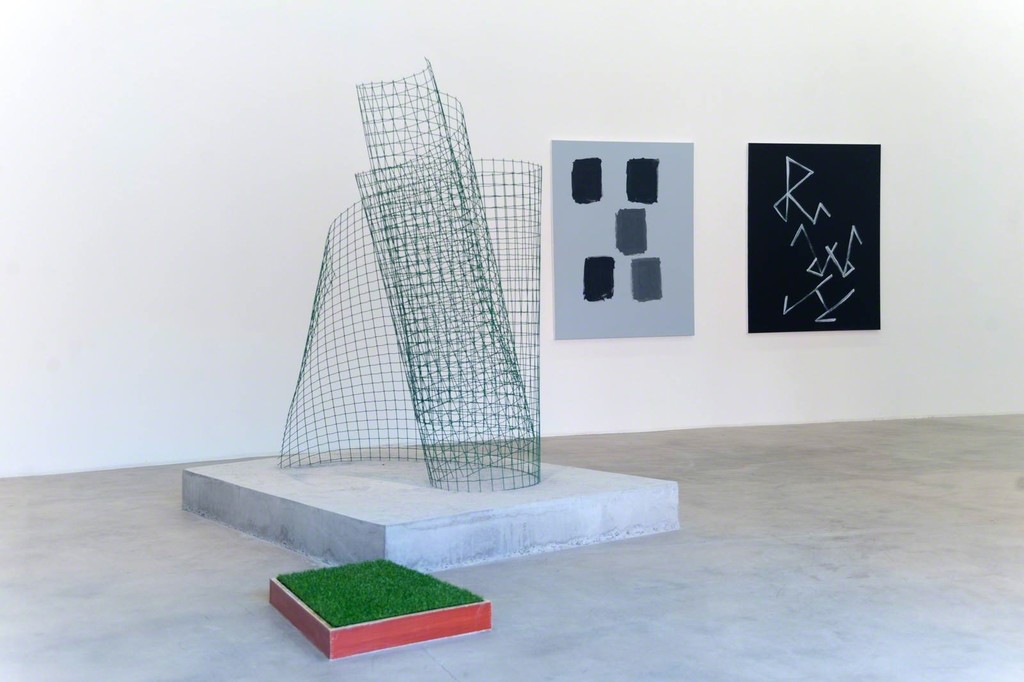 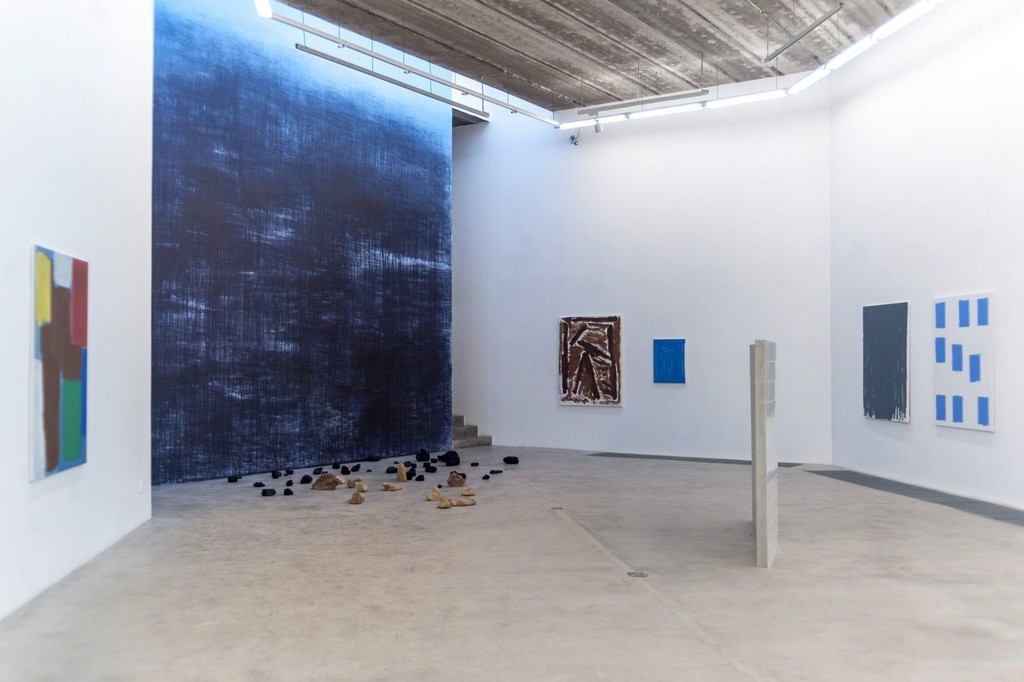 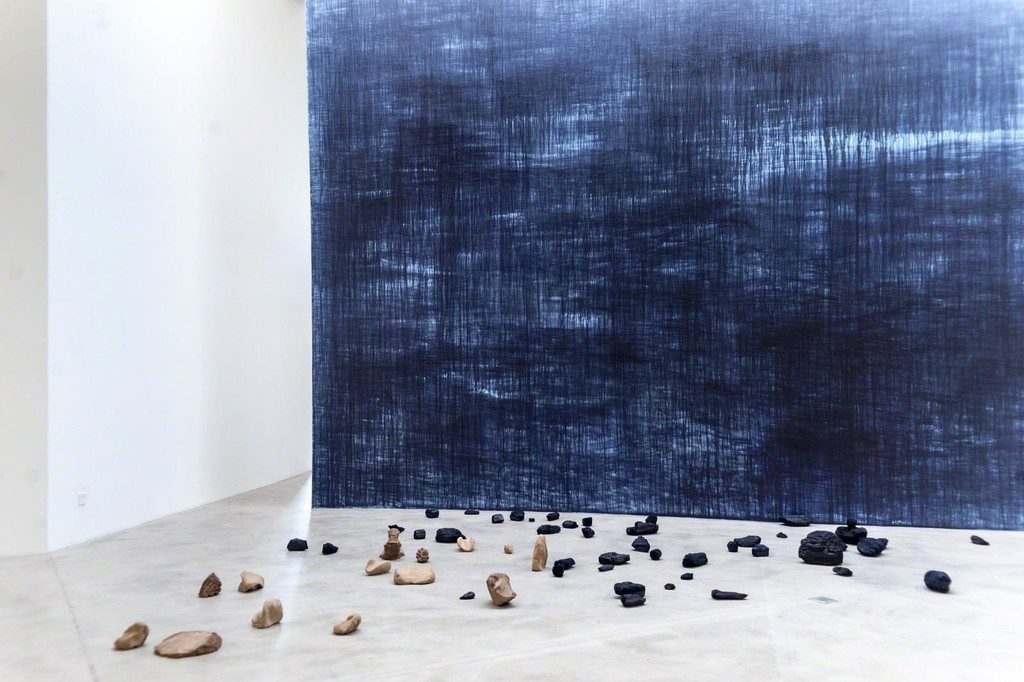 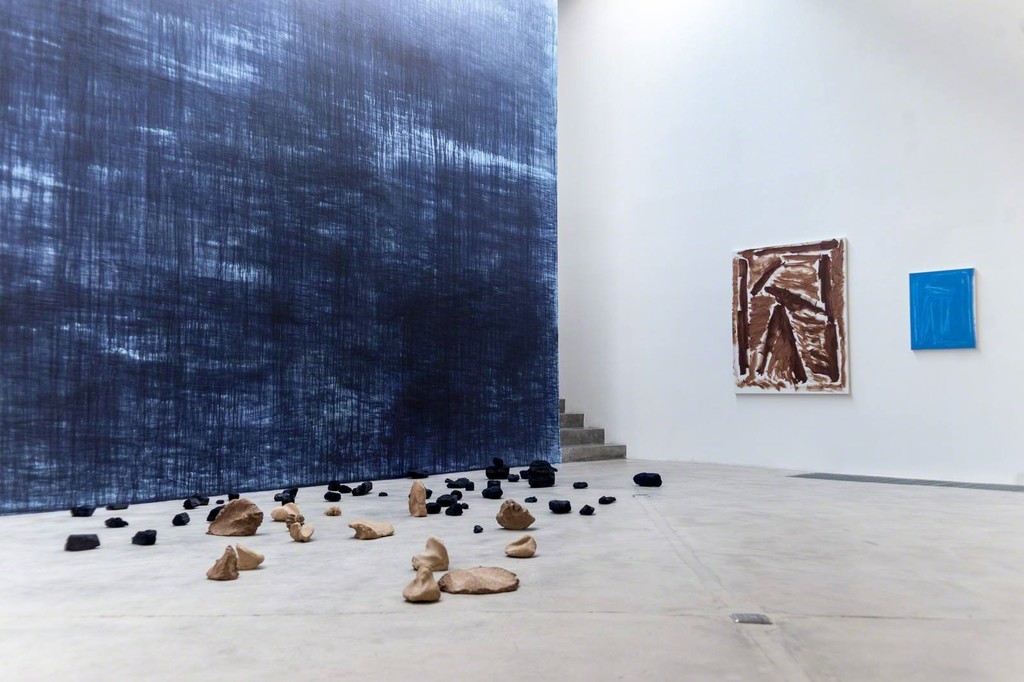 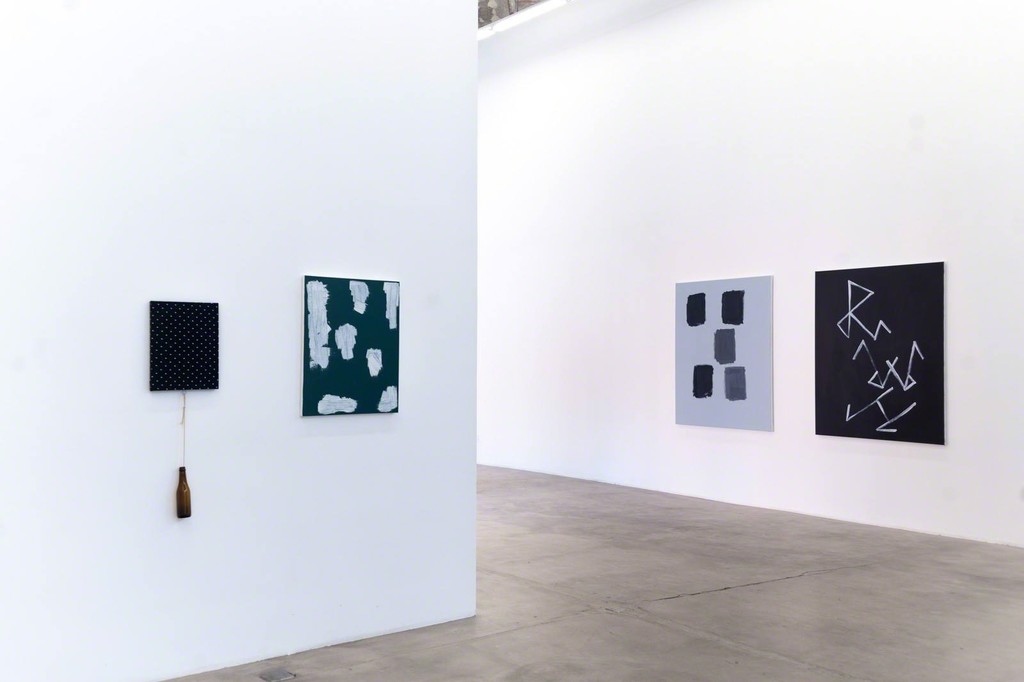 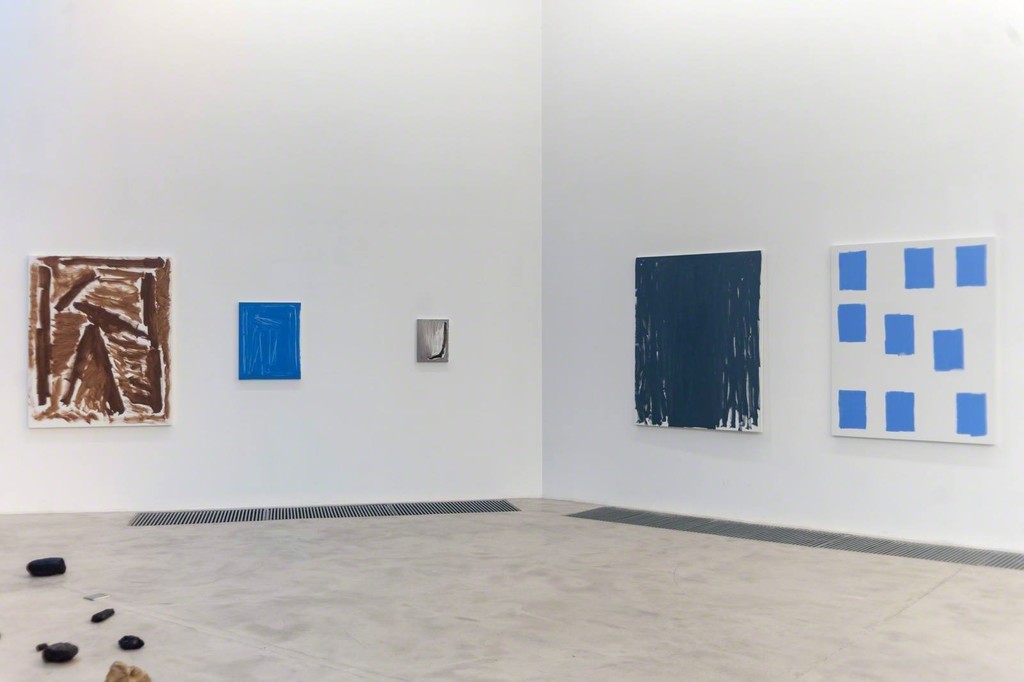 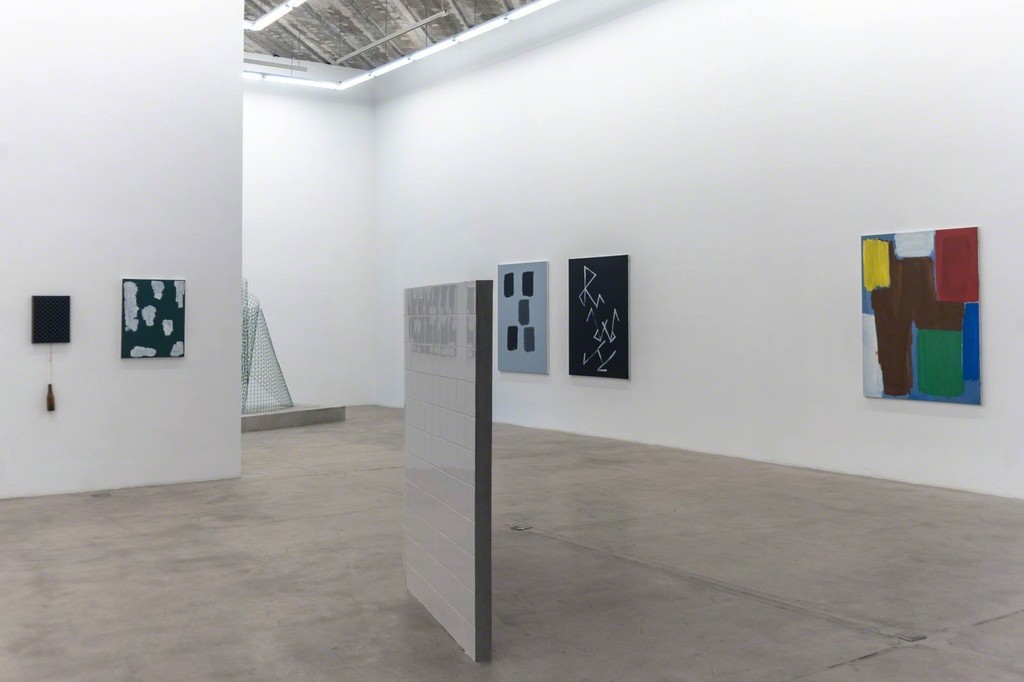 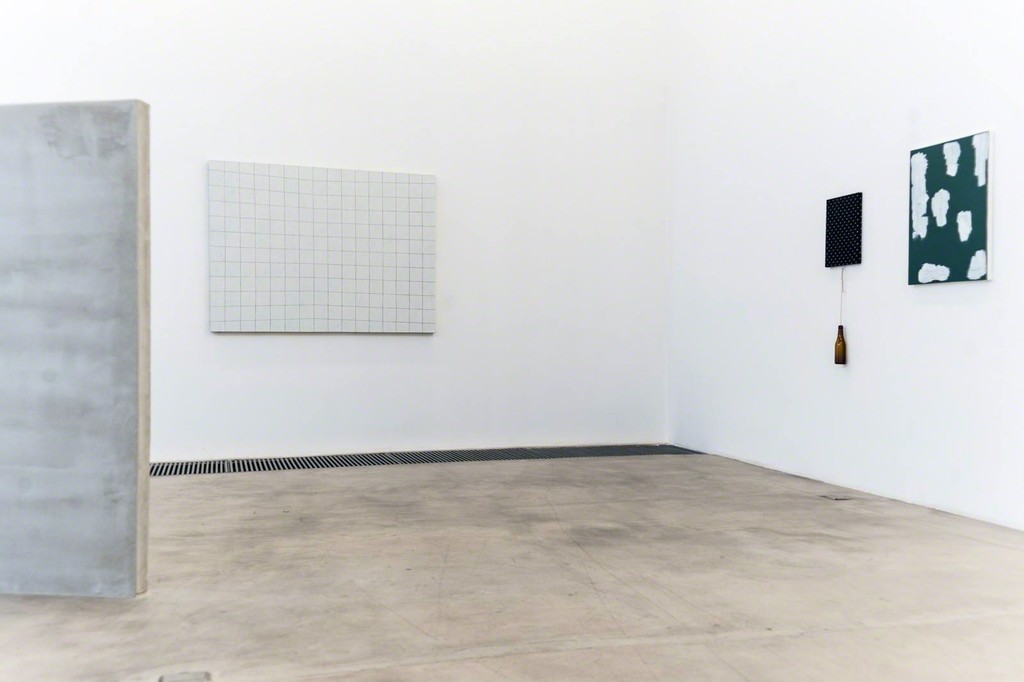 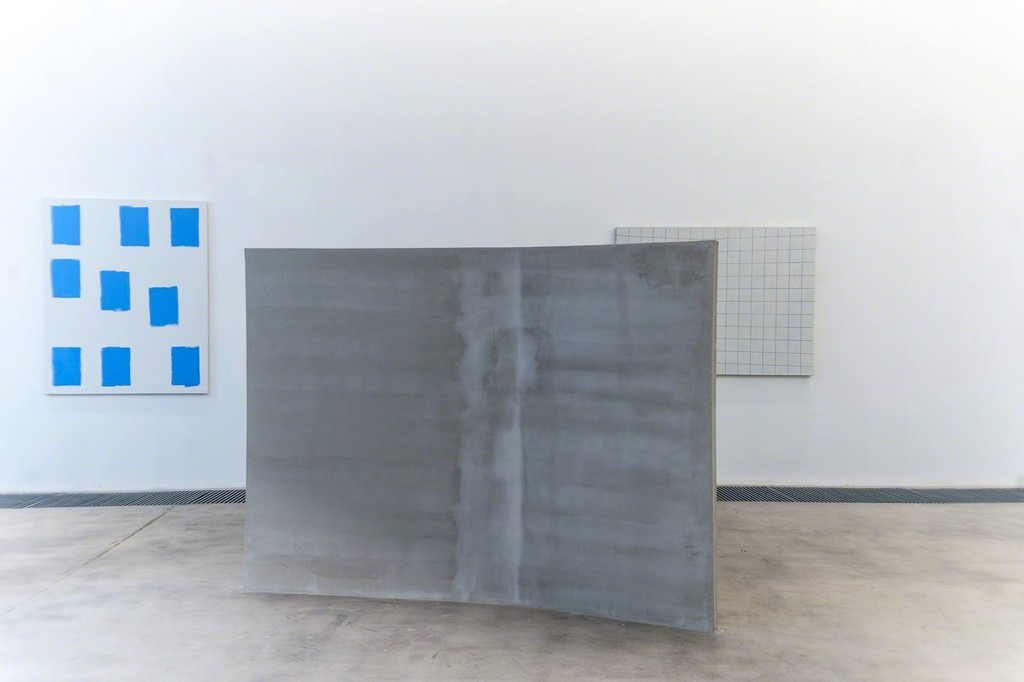 C-Space is please to present group exhibition - Bird Space Deep Blue, with works by artists Zhang Xinjun, Zeng Hong and Robbin Heyker. Its title is a poetic rendering using two words and a phrase that indirectly corresponds to one of each of the three artists in the show. The words are not supposed to convey specific conceptual meanings about the artist’s works but just to reference an aspect found in each one of them in a broad poetic language.

Zhang Xinjun’s installation consists of many rough-hewn objects scattered on the floor of the gallery: some resembling coal, others clods of dirt or clay, including pressings of his body that create three-dimensional impressions of the negative spaces between his body parts and black coal-like objects that are set against a back drop of a giant wall painting. Zeng Hong has taken the architectural grid from his earlier paintings and has returned it to its original forms and uses: raw industrial materials used to lay the foundations of buildings and to decorate their finished spaces. But again, he twists their meanings by making non-functional abstract sculptures that reference monumental art. Robbin Heyker’s paintings are fragile, quiet, mysterious, unidentifiable. He is an observer of the local world, and failure is an element that Heyker understands is inherent in this process of observing culture then transferring what is observed and remembered in life onto a canvas.