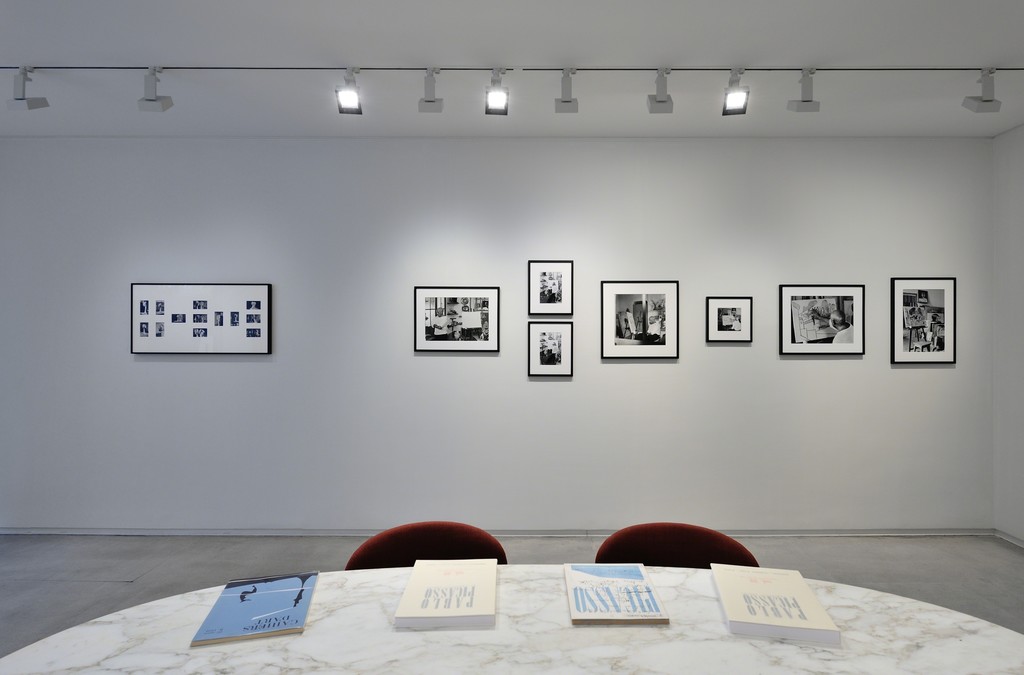 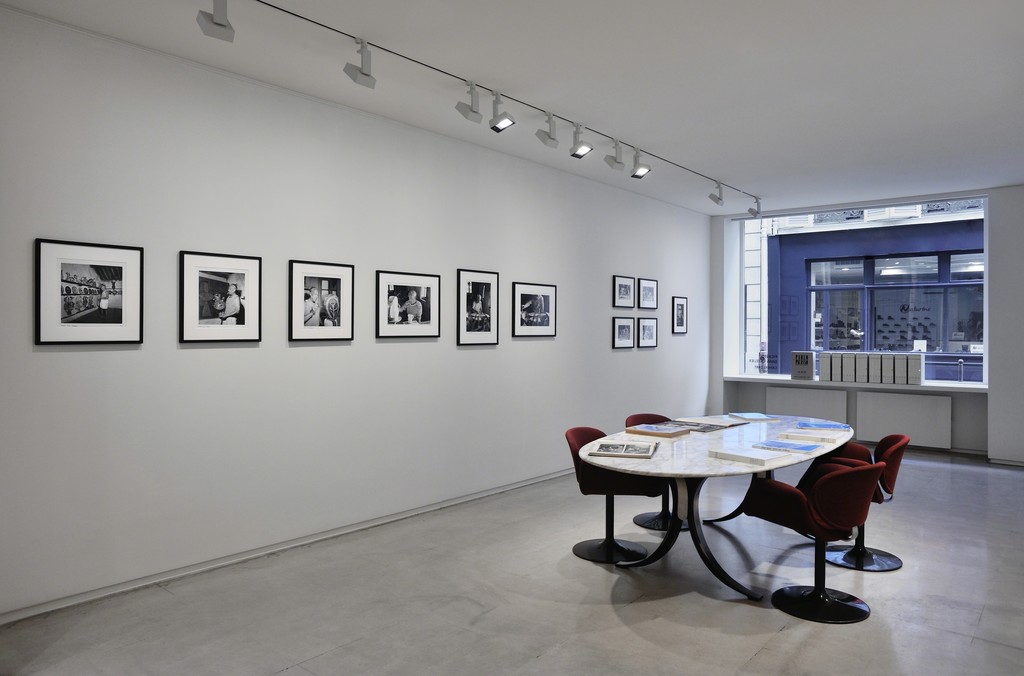 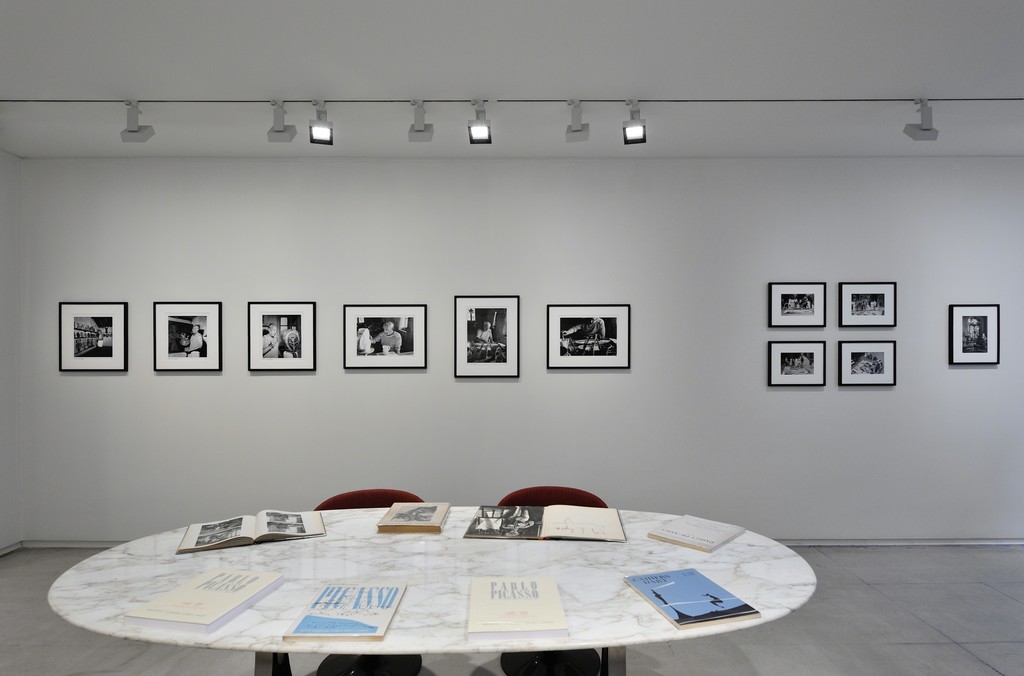 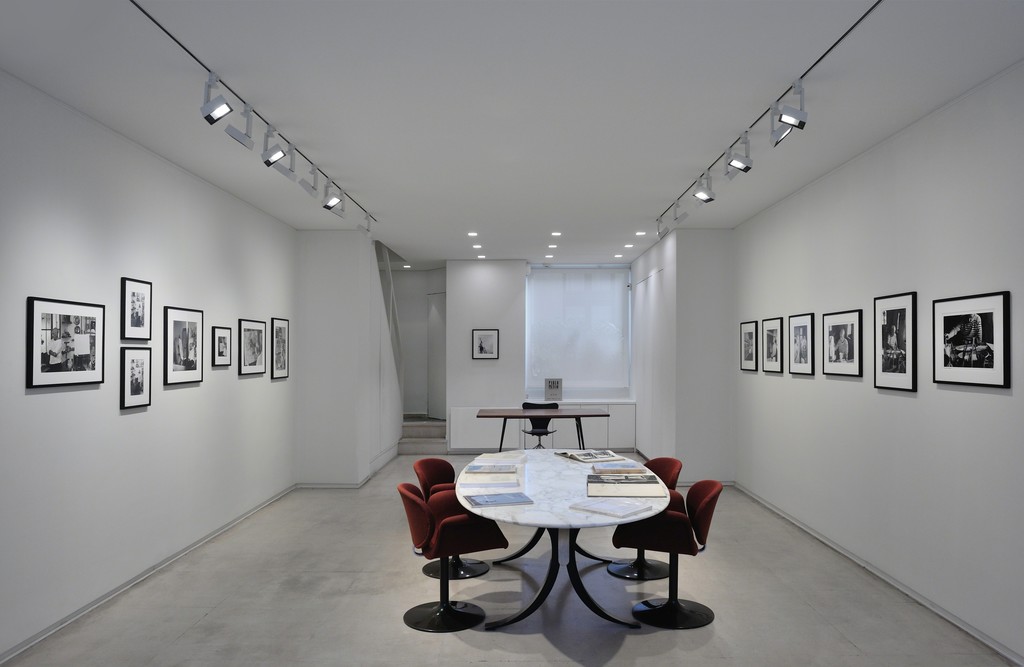 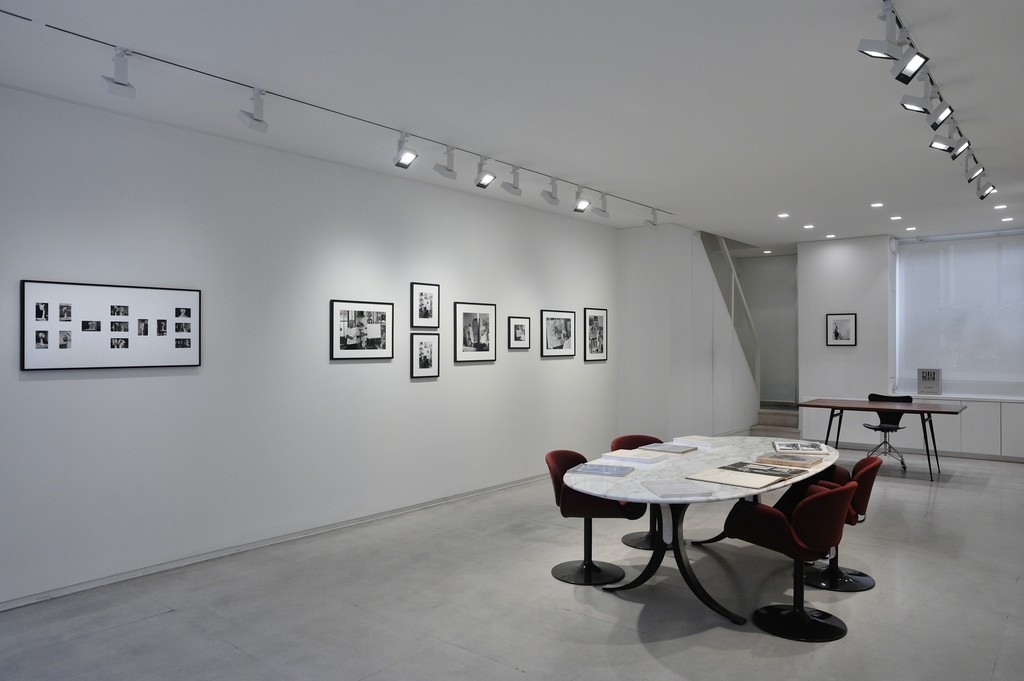 French art publishing house and gallery Cahiers d'Art is pleased to present an exhibition accompanied by the latest issue of the Cahiers d’Art revue, both entitled Picasso: in the Studio, devoted to Pablo Picasso and the various techniques in which the artist was most profilic.
The exhibition and the issue offer an exceptional close look at the artist in his studio as you have never seen him.

HIGHLIGHTS OF THE EXHIBITION PICASSO: IN THE STUDIO

The exhibition illustrates the way in which Picasso worked in the various studios and highlights his practices and numerous techniques. It provides a captivating and unique perspective of the environment in which he developed his work through rare and previously unpublished photographs. Thus, the viewer discovers the artist’s sculpture studio in Boisgeloup in 1931-1932 through remarkable photographs from the Archives Olga Ruiz-Picasso (courtesy Fundación Almine y Bernard Ruiz-Picasso para el Arte). The viewer is then invited to discover Picasso in the Madoura ceramics studio, photographed by Yves Manciet between 1948 and 1953, his Le Fournas studio in Vallauris captured by the lens of Edward Quinn in 1953 and his home and studio in Mougins where Lee Miller photographed the presentation of the tapestry Femmes à leur toilette.

On the occasion of the exhibition, a selection of important publications and books on Pablo Picasso written by Christian Zervos and published by Cahiers d'Art between 1936 and 1970 will be presented. These publications include Œuvres de 1930 à 1935, Carnet de Dessins (Royan), "Céramiques de Picasso", in Cahiers d'Art, Vol.23, 1948 or Avignon 1970 - Picasso 1969-1970 and of course, the renowned Pablo Picasso by Christian Zervos. Catalogue of works, 1895–1972 (33 vols.) “The Zervos”.

HIGHLIGHTS OF CAHIERS D'ART SPECIAL ISSUE, 2015 PICASSO: IN THE STUDIO

This special issue of the revue reveals rare and previously unpublished photographs illustrating the artist in his studio and the work itself in progress. Through this rich and detailed exploration of the artists practice, the issue highlights both the creative process and artist’s gesture.

Each chapter is followed by an interview with contemporary artists such as Miquel Barceló, George Condo, Sheila Hicks, William Kentridge, Jeff Koons, Robert Longo, and Tatiana Trouvé who have been invited to comment on the related technique in Picasso’s work, and in their own work as well as on their relationship to the artist.
The revue also highlights Picasso’s relationship with former Cahiers d'Art publisher Christian Zervos through the reproduction of key articles on Picasso published during the artist’s lifetime.

Picasso: in the Studio is available in either English or French editions and can be purchased for € 75 or 80 USD at numerous locations worldwide, including: Sotheby’s, Gagosian Gallery, Walther Koenig, Fondation Beyeler, 192 Books, Librairie Filigranes, Ursus Books, Hennessey + Ingalls, Los Angeles County Museum of Art, Librairie RMN-Grand Palais and directly through the Cahiers d’Art website editionscahiersdart.com.

About Cahiers d'Art
Cahiers d'Art is a legendary publishing house, gallery, and magazine founded in 1926 by Christian Zervos in the heart of Saint Germain-des-Prés. Cahiers d'Art editions are among the most remarkable publications of the 20th century and are sought after by art collectors and book-lovers worldwide. By 1960, Zervos had published 97 issues of the Cahiers d'Art magazine and over 50 books along with monographs on El Greco, Matisse, Man Ray and African and Mesopotamian Art, as well as collections of poems by Paul Éluard and André Breton. The most famous Cahiers d'Art publication to date is the Zervos Picasso Catalogue, which includes over 16,000 paintings and drawings by the artist. It has been republished in French and in English for the first time.