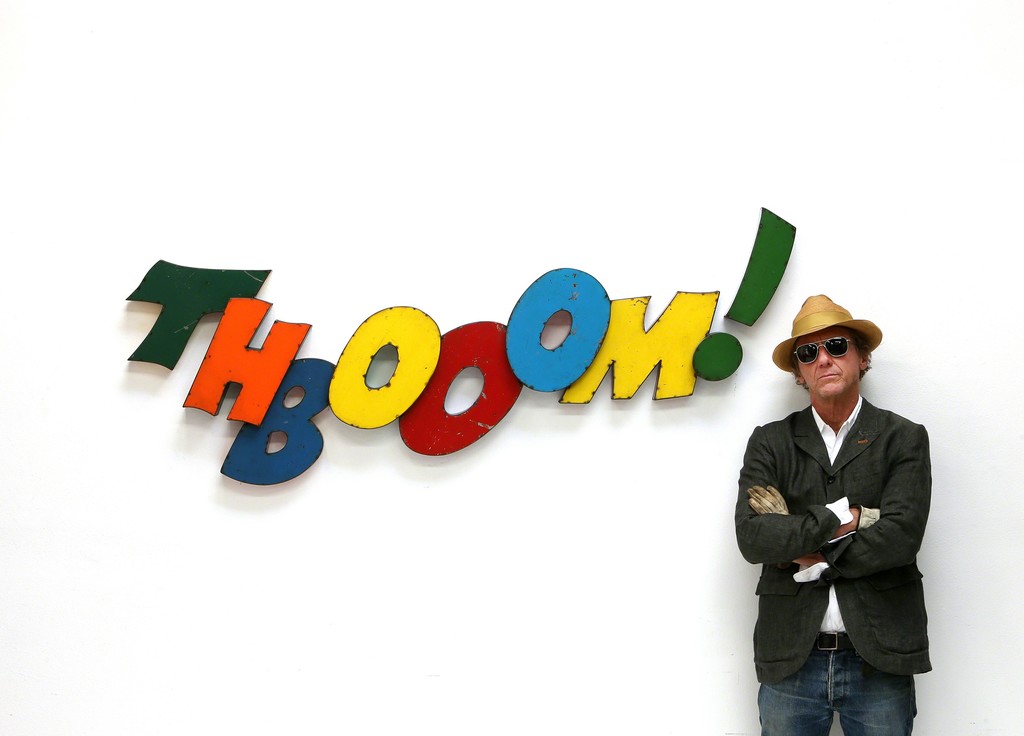 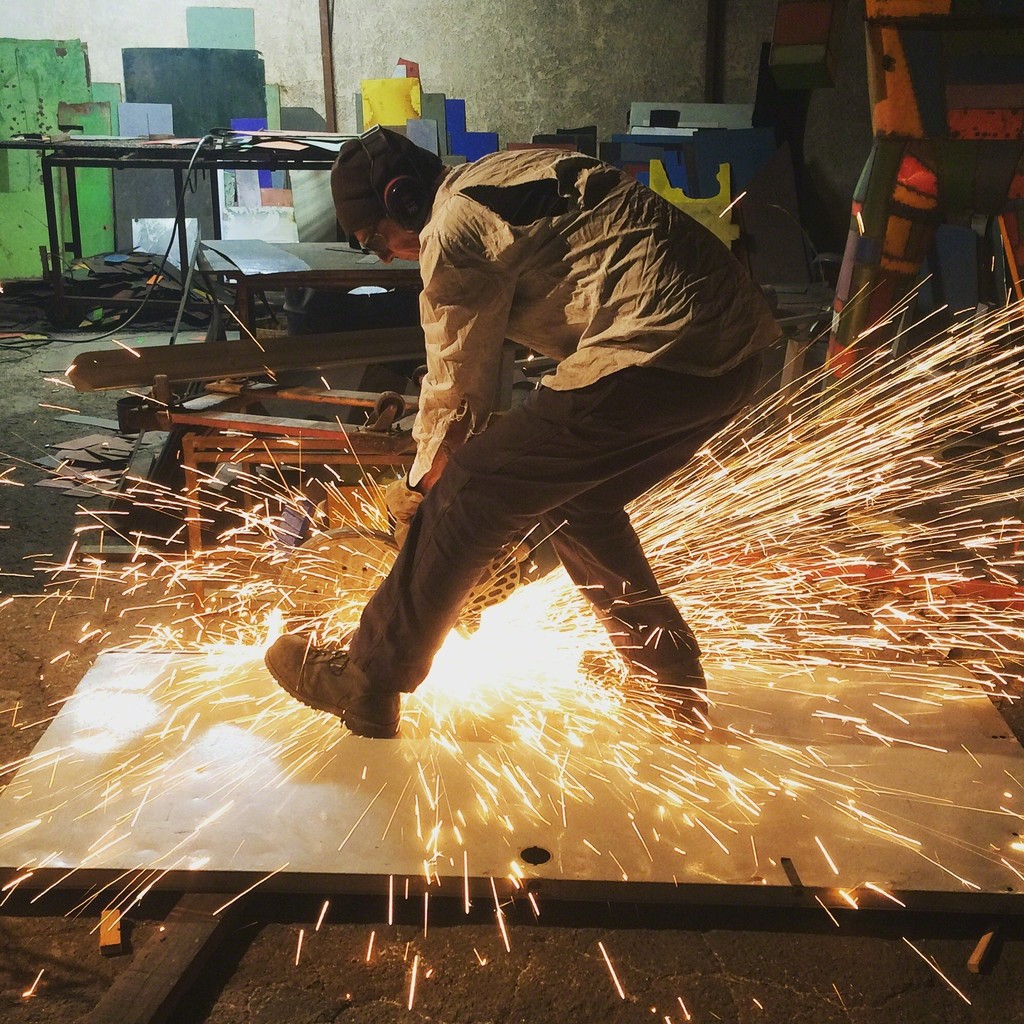 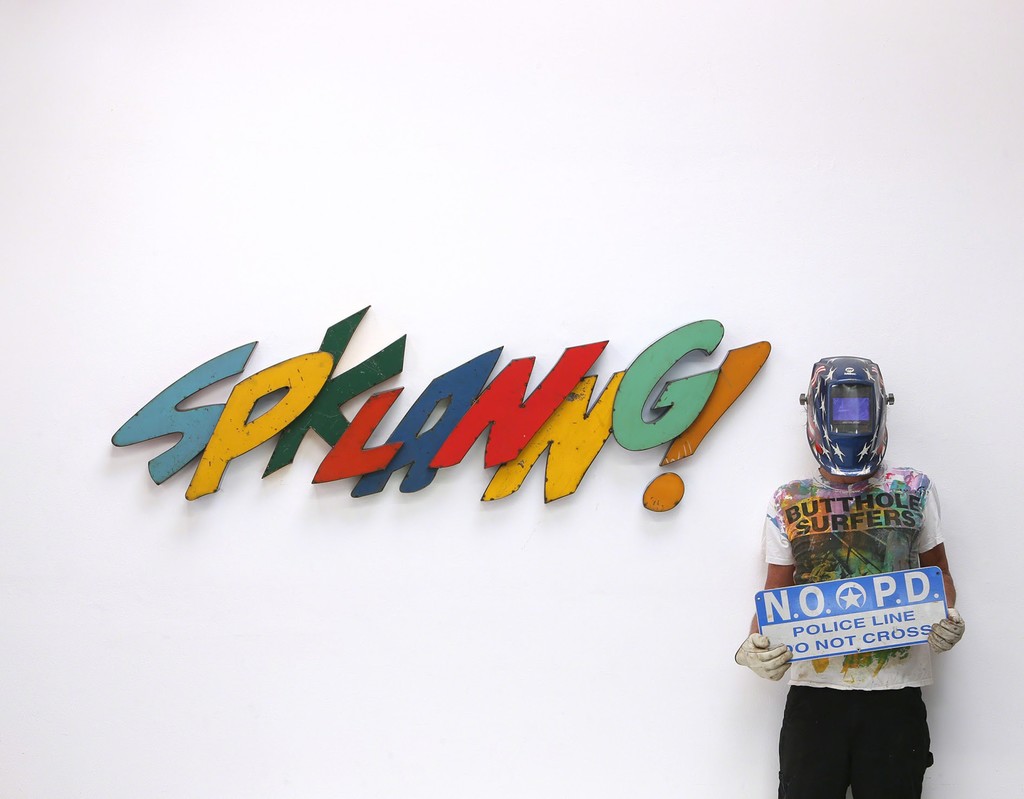 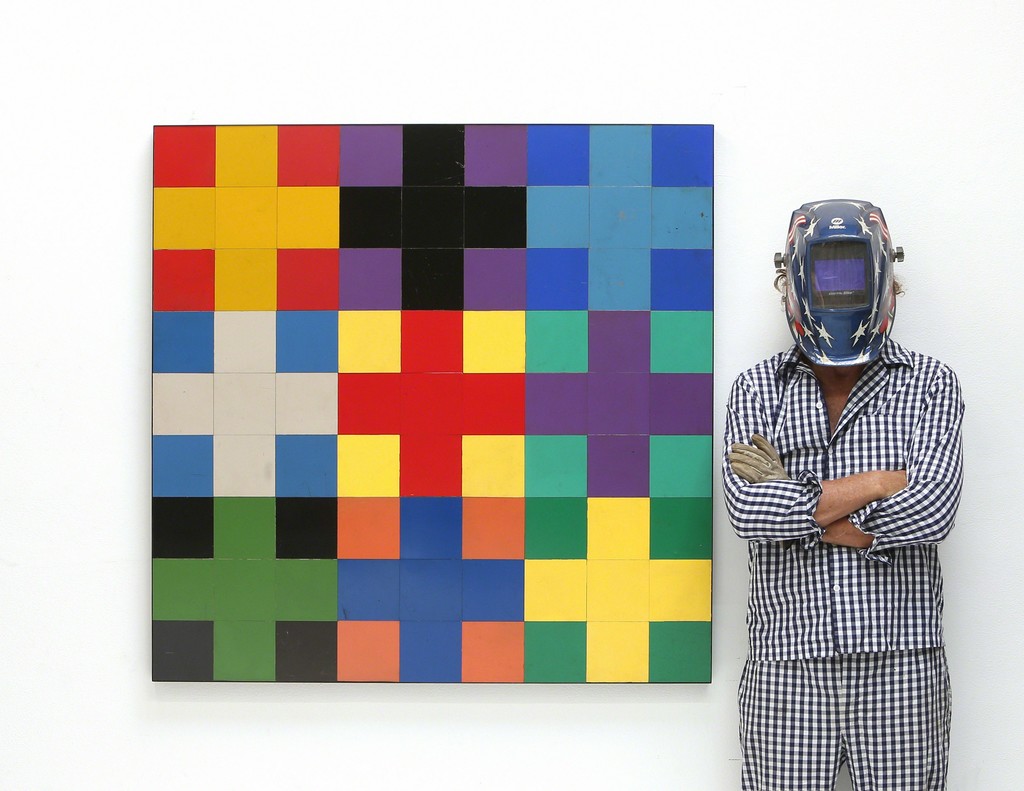 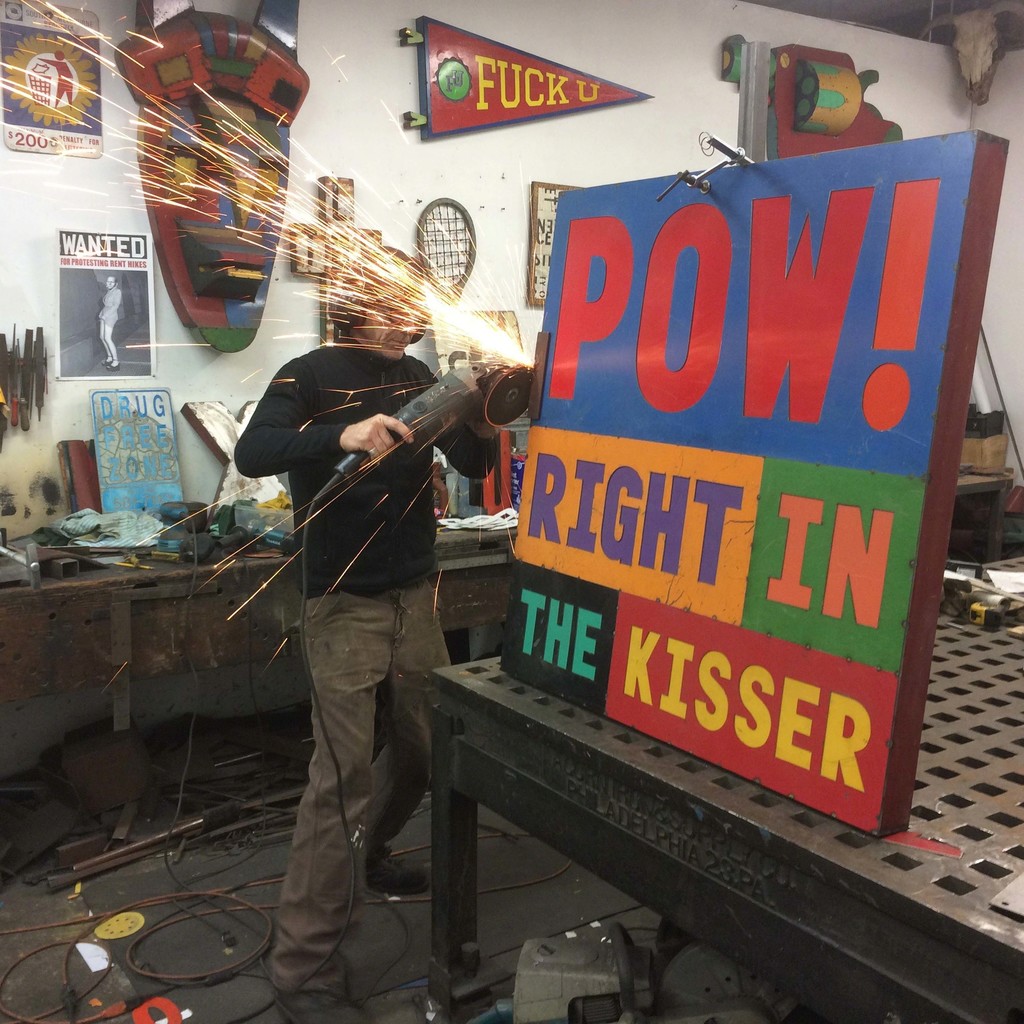 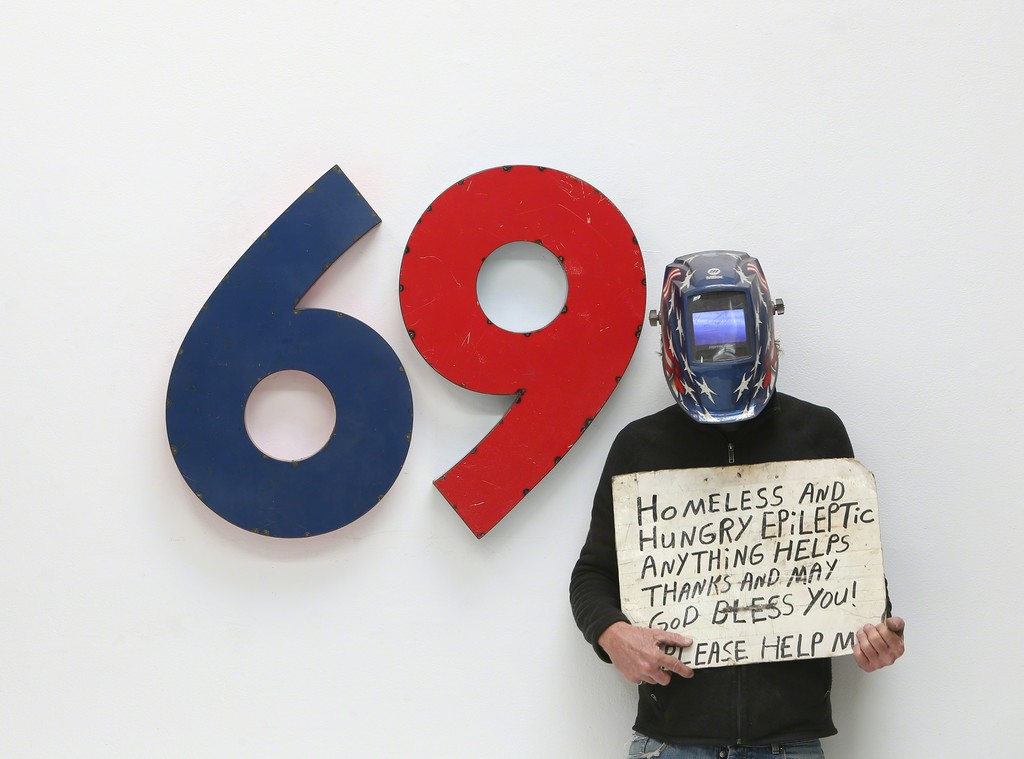 Caldwell Snyder Gallery invites you to join us for the opening reception with new work by David Buckingham in "If I Only Had a Brain" on Thursday, February 1st, from 5:30 to 7:30 pm at our San Francisco location. Exhibition continues through February 28th.Caldwell Snyder Gallery presents colorful new metal sculptures from David Buckingham's "Words & Symbols" series. Part sculpture, part assemblage, Buckinghamʼs bold, provocative art begins in the California desert, where he scours remote landscapes for what he calls beautiful, battered metal, material thatʼs had a previous life and the scars to prove it: old 55-gallon barrels, wheelbarrows, tool boxes, road signs, tractor parts, and car doors. Having hauled masses of rainbow-colored steel back to his Los Angeles studio, he cuts, welds, and wrestles the pieces into works often inspired by movies, advertising, and music, while retaining the materials original color and texture. In his newest work, Buckingham continues to expand on his playful, powerful motifs, with words, phrases, and symbols evocative of current pop culture.Originally influenced by artist-welder Ray “Cowboy” Kelly and his New York-based Rivington School in the 1990s, Buckingham has exhibited his work at galleries and museums around the world, from New Orleans to Berlin. His sculptures have been installed as public art on Santa Monica Boulevard, have appeared in an international ad campaign for Wrangler Jeans, and have been featured in publications including ARTNews, Juxtapoz, Dazed and Confused, and Harper’s Bazaar.Caldwell Snyder is a leading contemporary art gallery representing many of the most significant international painters and sculptors of the 21st century. Caldwell Snyder has consistently been a vital force in the art world by introducing many renowned artists to the Bay Area for the first time. With a combined exhibition space of 12,000 square feet between the San Francisco and St. Helena gallery locations, Caldwell Snyder has mounted more than 500 exhibitions over the past three decades.