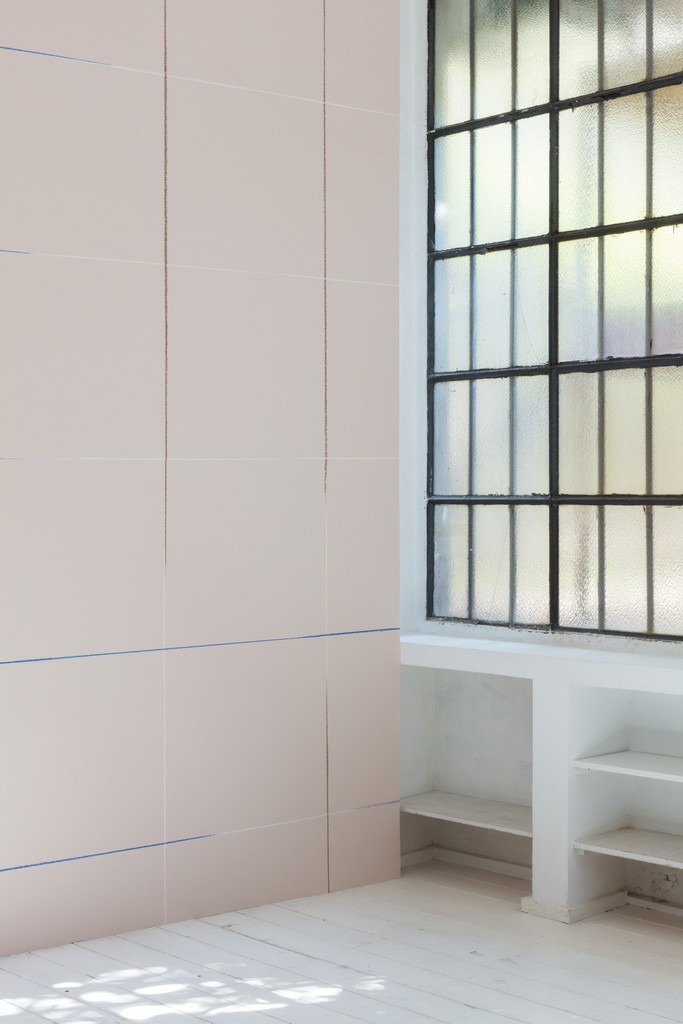 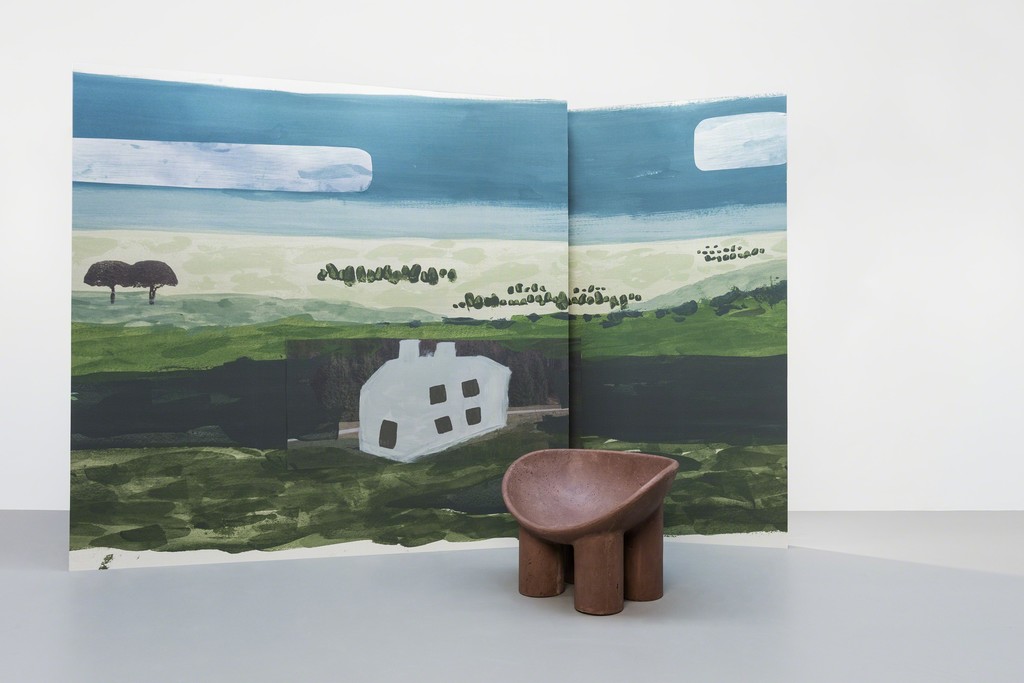 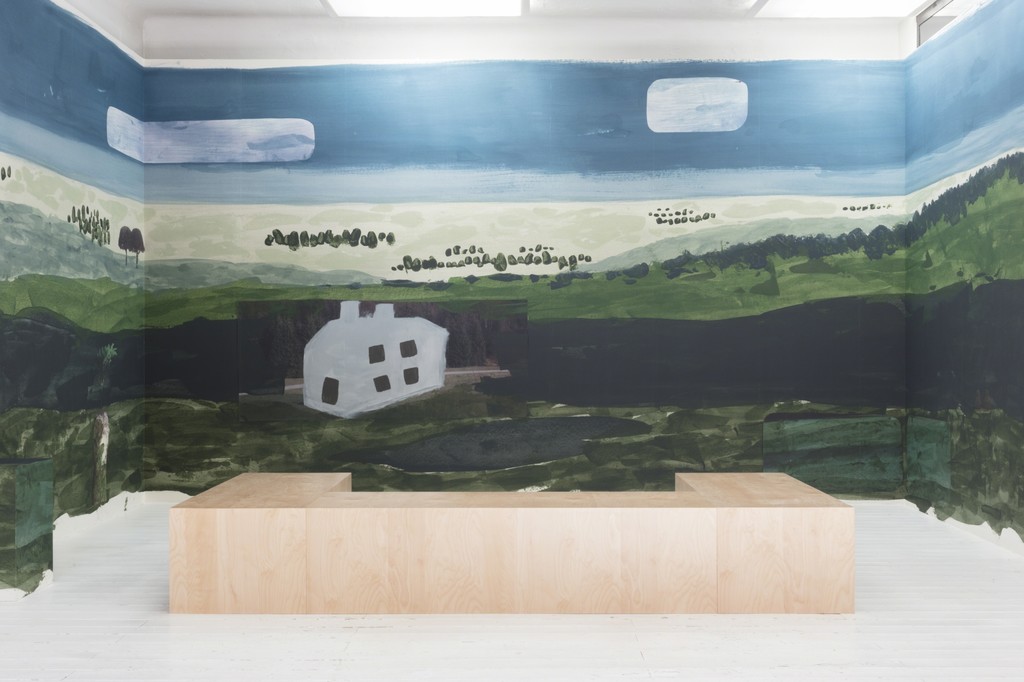 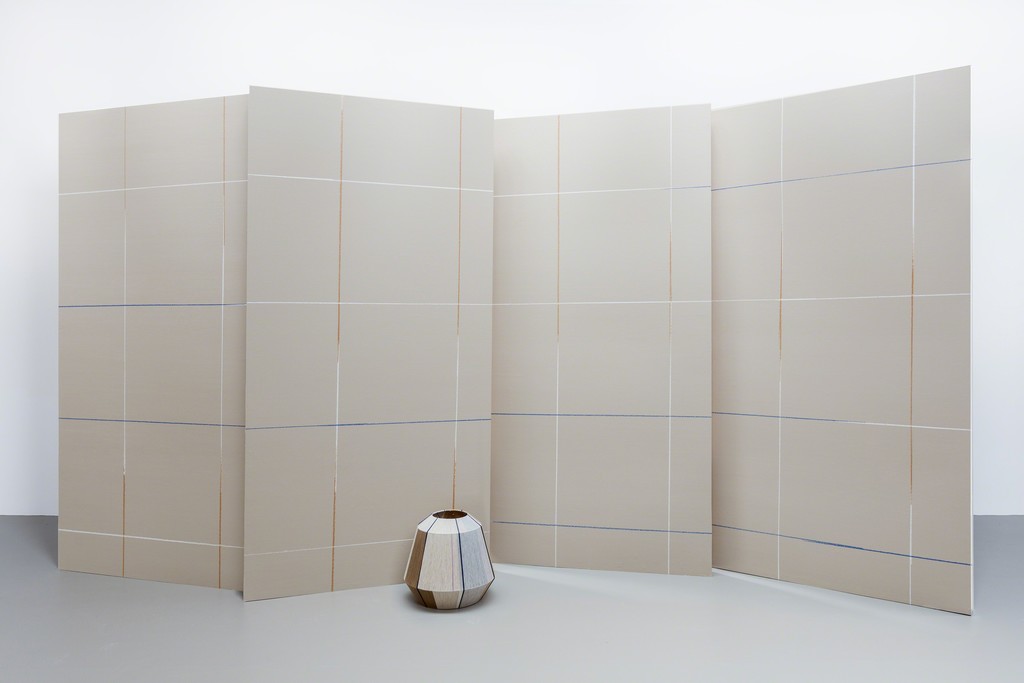 The Mira & Miloš Collection provides a simplicity and sense of spatial depth by playing with gradual color shifts within a line. The designs were inspired by Kraš’ series of drawings called ‘Grids’ and ‘Spomenik’. The collection consists of two distinct styles – Mira and Miloš. Mira (named after Ana’s mother) features lines crossing and making an imperfect net inspired by the woven tapestries Mira would buy for the house Ana grew up in her hometown of Belgrade. Miloš (named after Ana’s father) features horizontal lines shifting into various bold and subtle colors, evoking the sea and horizons of Montenegro, where Miloš built a cottage for himself to live in for the last fifteen years of his life. The slight imperfection of the hand drawn lines playfully draws in the viewer’s eye along the entire wall. Ana Kraš has created something organic within something inherently geometric.

The timeless spirit of the English landscape imbues the Woodlands Collection, created by Faye Toogood. An abstracted take on the rococo fashion of encasing an entire room in a scenic mural, the non-repeating panoramas were drawn and painted by hand before being digitally transferred onto hessian panels. The designs were inspired by Toogood’s childhood memories of rural England which she developed into three unique colorways: “Woodlands,” a graphic monochrome sketch of sylvan calm; “Fields,” a painterly evocation of a rural idyll in bold, rich colours; and “Moors,” which encapsulates the rugged uplands with broad horizontal strokes. These 21st century reinterpretations of Britain’s decorative heritage are available as a complete landscape or as individual drops.