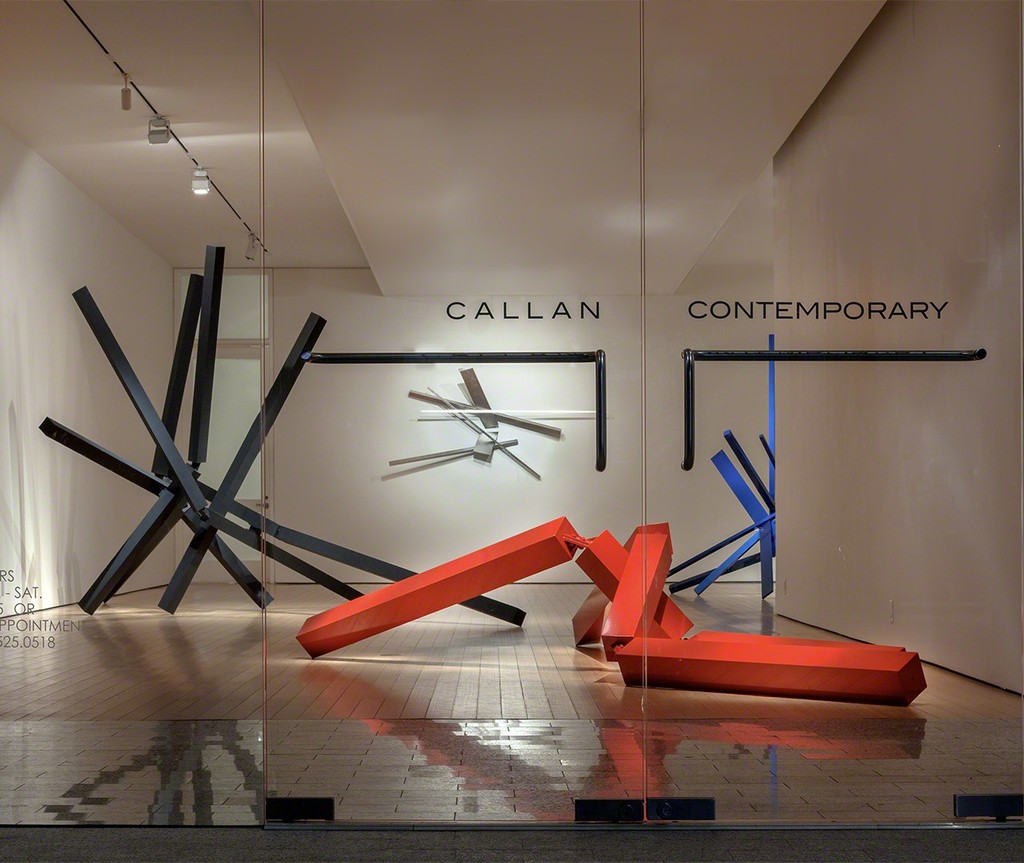 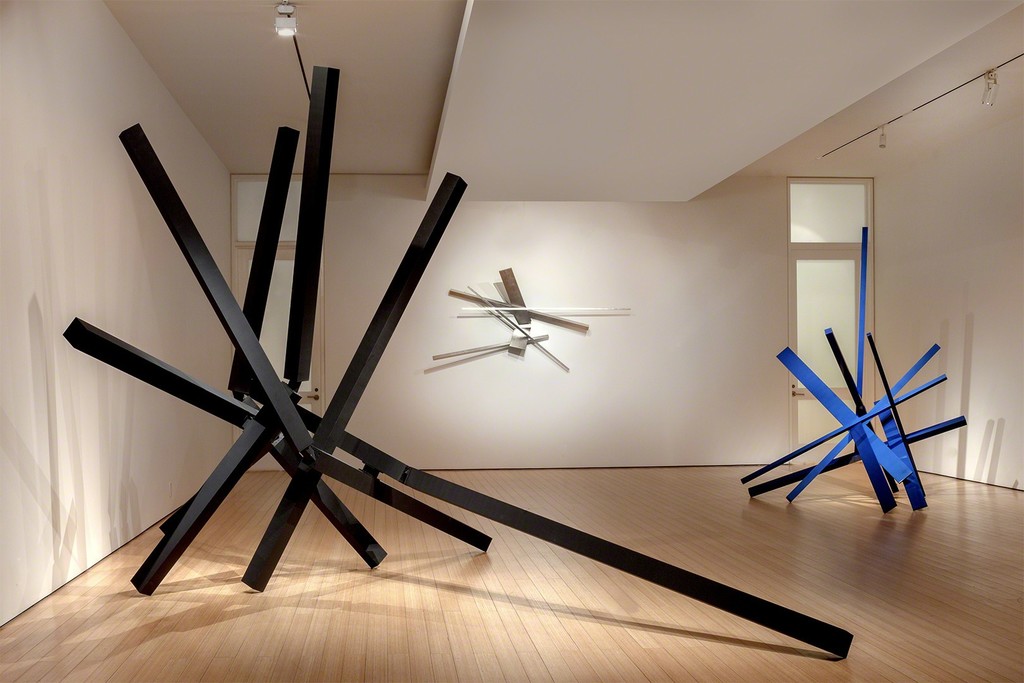 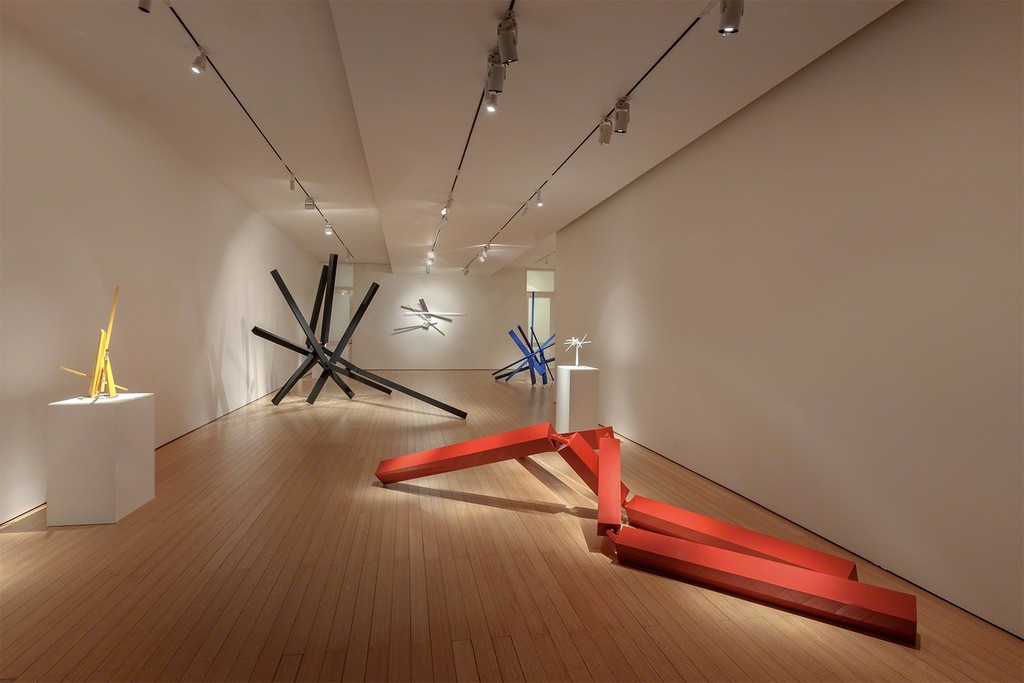 Internationally acclaimed artist John Henry returns to Callan Contemporary with a suite of dramatic metal sculptures in painted aluminum. Exquisitely complex in composition and executed with exacting perfectionism, the sculptures command space with an authority and élan that harkens to their Constructivist lineage. During the course of his distinguished career, Henry has become renowned for his wide and ambitious range, which spans the gamut from intricately- scaled tabletop pieces to some of the largest metal sculptures ever created.

Born in Kentucky, widely traveled, now based in Chatanooga, Tennessee, Henry is a graduate of the School of the Art Institute of Chicago. His works are included in the permanent collections of The British Museum (London), Smithsonian Institution and Library of Congress (Washington, D.C.), Museum of Contemporary Art (Chicago), Dallas Museum of Art, Fort Worth Art Museum, and

Miami Art Museum, among dozens of other museum, corporate, and private collections. Honored with grants and fellowships from The National Endowment for the Arts and The Ford Foundation, he has received important commissions for outdoor projects, which enliven public space with dynamic rhythms of line, plane, and color.

Henry is inspired by the largely hidden structures that undergird the built urban environment. The suggestions of ascent or expansion inherent in his architectonic forms reference the ways in which shapes come together in space in the postmodern metropolis. Working within a set of overarching formal parameters, he achieves a broad spectrum of spatial effects in pedestal-mounted and freestanding pieces, as well as in wall sculptures—exploring interactions between balance and asymmetry, bold forms and delicate passagework, clusters of intricate shapes and long, lithe lines. He challenges the viewer’s assumptions about gravity by creating compositions that have an ascertainable structural logic, even when the component parts trick the eye with the illusion of physical impossibility. “In recent years I have begun making the connectors within the sculptures more obscure,” he notes, “but the formal structure of the elements, the way they fit together, is a suggestion of the solidity of the form. The structure makes sense.”
by Richard Speer