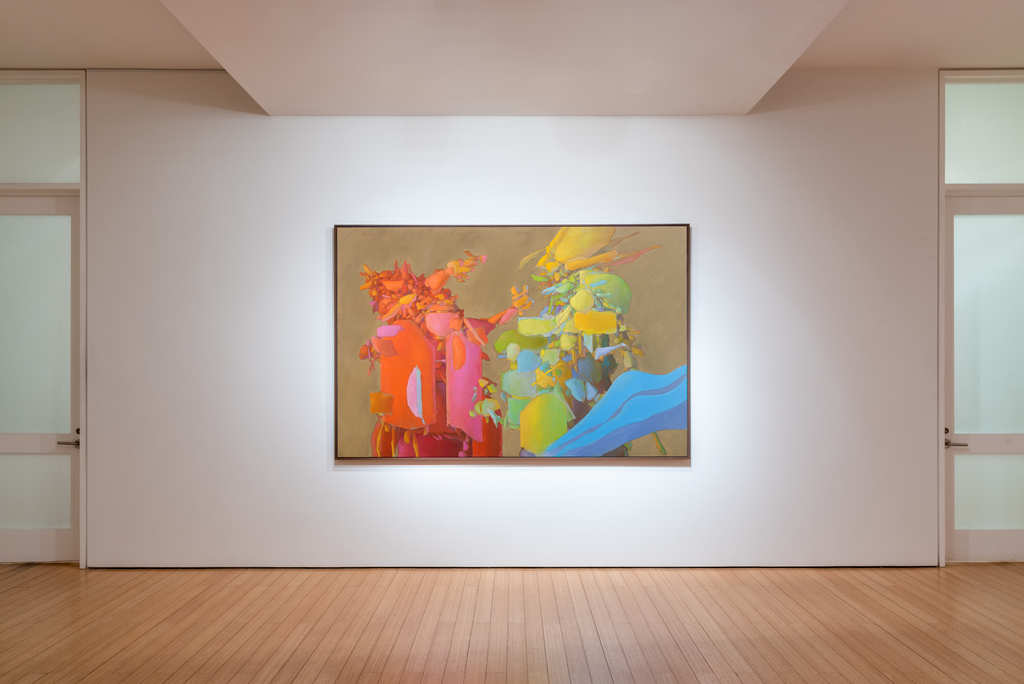 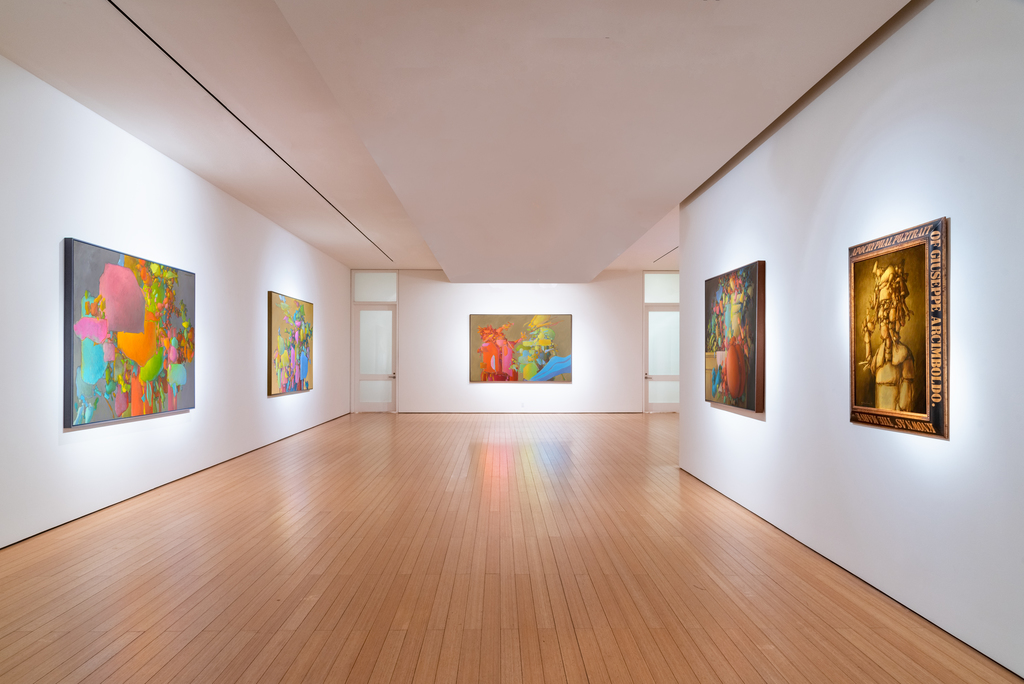 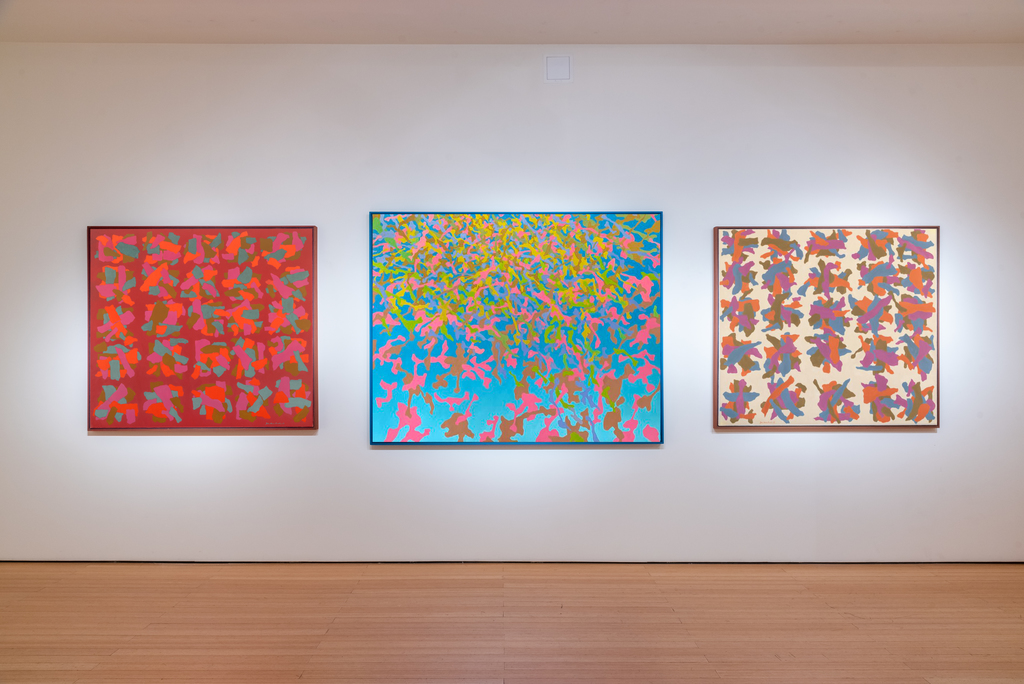 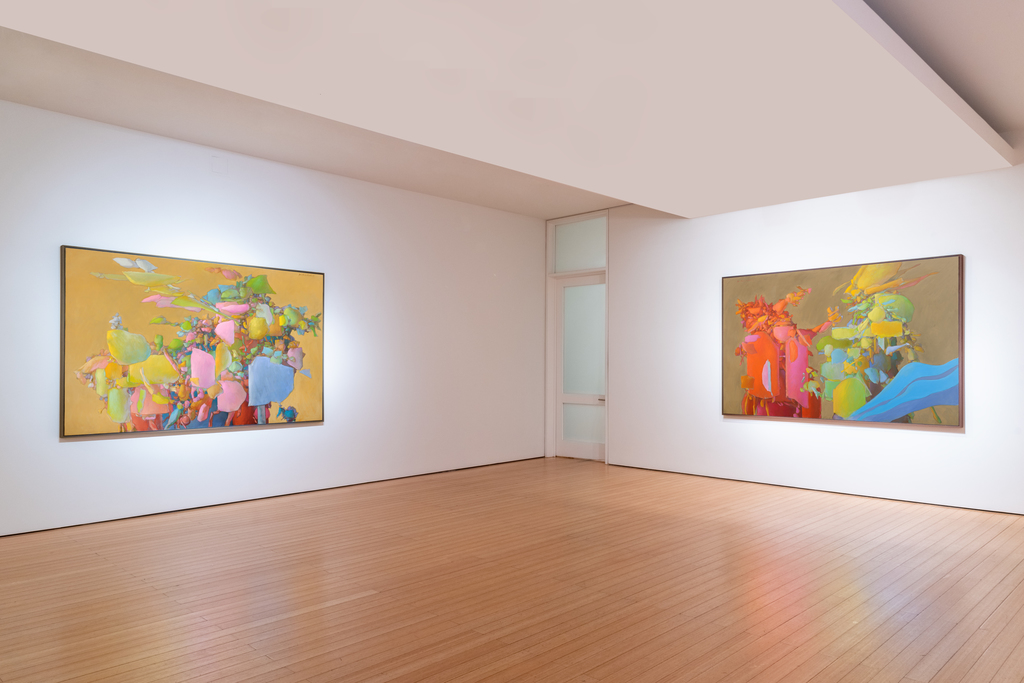 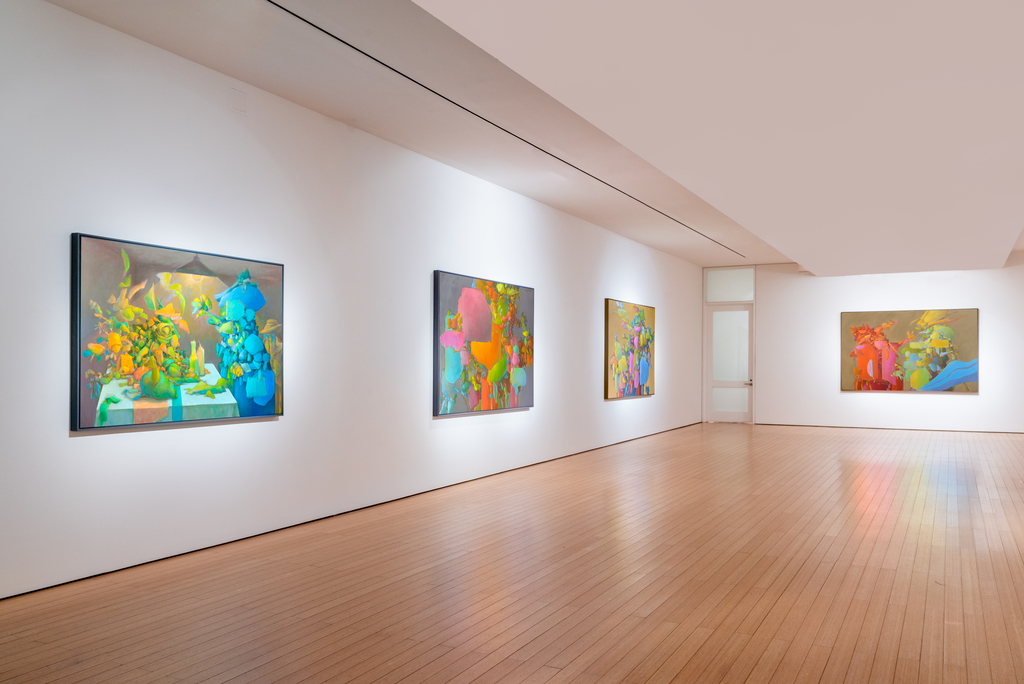 In his eighth solo exhibition with Callan Contemporary, internationally renowned artist José-María Cundín debuts a suite of new oil paintings that evoke the traditions of Surrealism, Abstract Expressionism, and absurdist humor. He imagines the paintings as emissaries to a future in which a society of nature lovers has banded together in the wilderness to escape the trappings of technology. Away from the cities, he predicts, men and women will rediscover the “innocent nobility and awesome regenerative qualities” of the countryside and build a more authentic way of life. Brimming with whimsy and subtle wit, the works incorporate art-historical references (as in “The Bedside Table of Hieronymus Bosch”), regional pop-culture touchstones (as in “The Magnificent Morgus in his Lab”), and the legacy of the conquistadores (as in “The Apocryphal Aztec Portrait of Hernán Cortés”), all in Cundín’s signature visual vocabulary of floating gestures and color fields that suggest, but do not literally depict, figures and forms. A different, purely abstract trio of paintings features clusters of coalescing forms superimposed atop backgrounds of vivid color. In both bodies of work, the paintings share a sense of exuberance, intrigue, and gentle satire.
Born in the Basque Country of northern Spain in 1938, Cundín was influenced by historical Basque painters such as Ignacio Zuloaga, Augustin and Ramon Zubiauarre, José-María de Ucelay, and Genaro Urrutia. In the 1950s he lived and worked in Bogotá, Colombia, then relocated to New York City, also making art in Paris and Bruges, Belgium, before settling in New Orleans in 1964. In the 1970s he spent long periods painting and teaching in Mexico, as well as exhibiting in Spain and the Basque Country, with critically acclaimed shows in Madrid, Barcelona, Bilbao, and Vitoria-Gasteiz. Today, in the sanctum of his studio in Folsom, Louisiana, he creates paintings and sculptures prized in important private, corporate, and museum collections throughout Europe and the Americas, including the New Orleans Museum of Art, Museo de Bellas Artes (Bilbao), and Museo de Antioquia (Medellín, Colombia), among others.
Integrating aspects of Byzantine gilding, Baroque figuration, high modernism, and postmodern pastiche, Cundín has pioneered an instantly recognizable style, which marries architecturally precise compositions and an inexhaustibly inventive pictorial imagination with a searching intellect and deeply felt historical awareness.