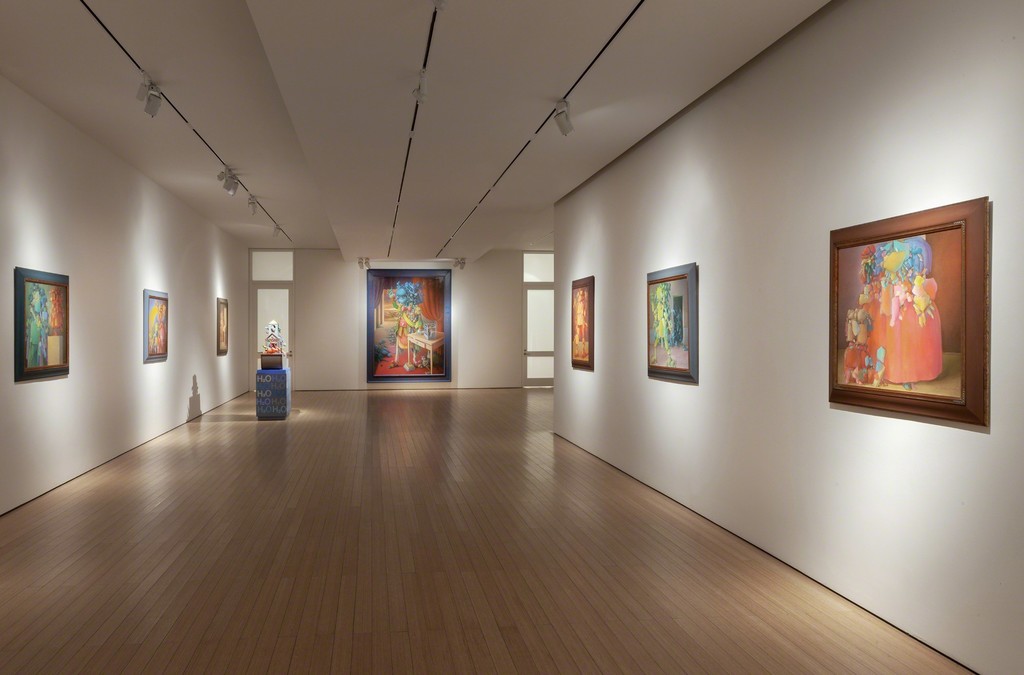 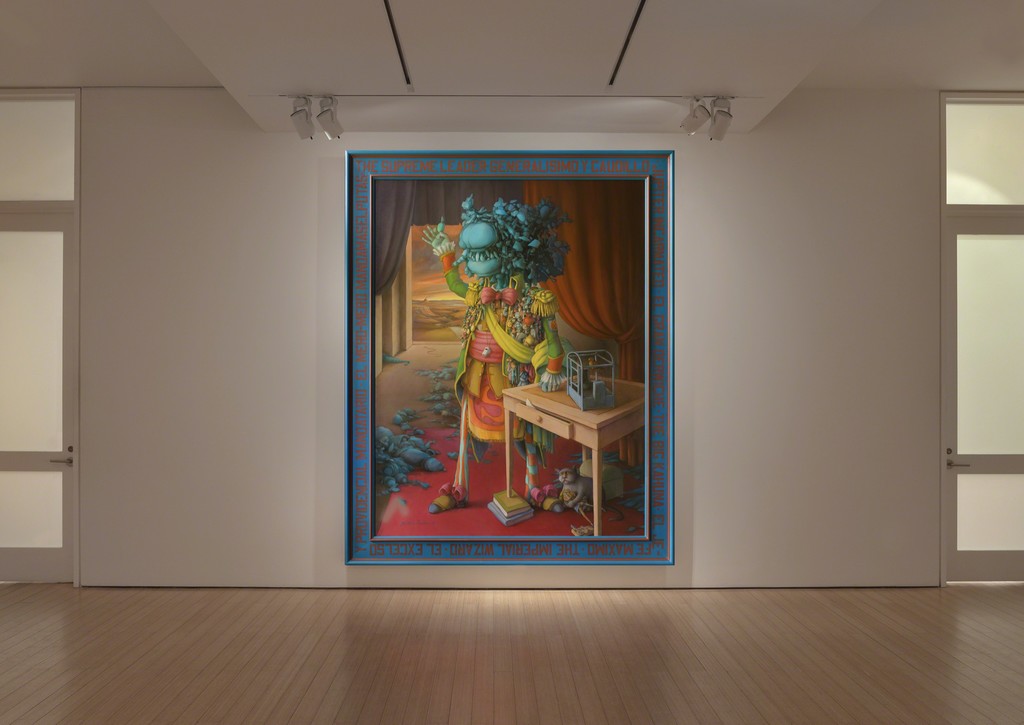 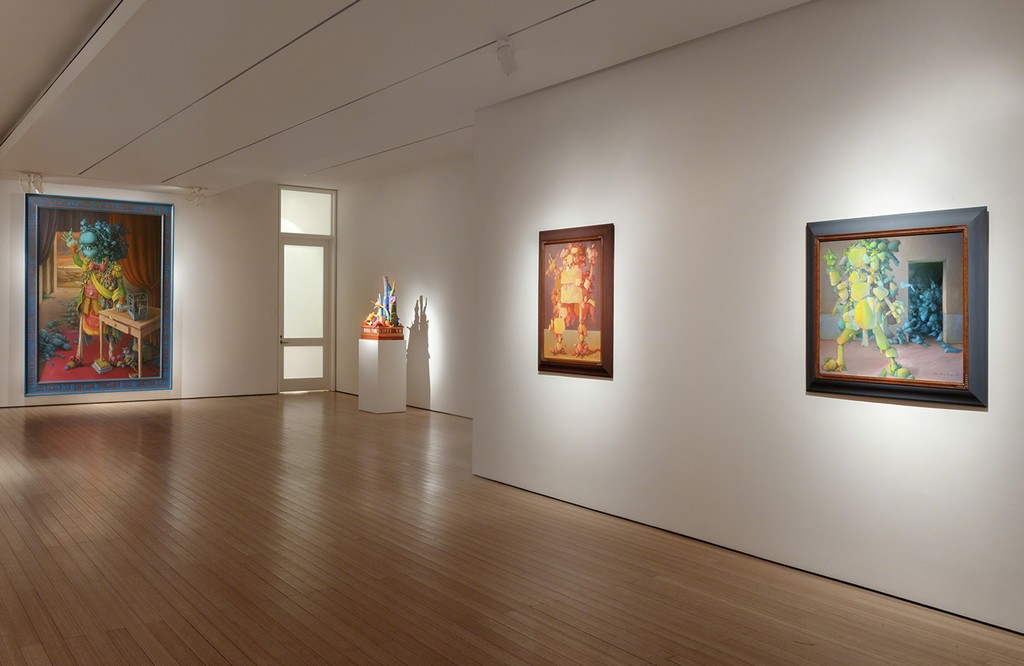 In his seventh solo exhibition at Callan Contemporary, internationally renowned artist José-María Cundín embarks on what he calls “a journey back to the future.” The Supreme Leader and Other Ponderables marks Cundin’s emphatic and triumphant return to figuration after an incisive foray into semi-abstract “anti-portraits.” Many elements that characterized those semi-abstract works remain in the new series: wit and wordplay, an undercurrent of sociopolitical commentary, exuberant colors, and the artist’s compositional signature: component forms that hover midair, as if coalescing around some unseen magnetic center. These fundaments are now contextualized within a mise-en-scène incorporating garments, props, furniture, and backdrops, which art critic Javier Franco Bilbao likens to a stage set. This same critic has declared the exhibition’s largest painting, The Supreme Leader, “a magnum opus, a turning point in Cundin’s career, one of his most ambitious and monumental paintings,” inviting comparisons to Peter Paul Rubens, Anthony van Dyck, and Jusepe de Ribera.

Born in 1938 in the Basque Country of Spain, Cundin moved to Bogotá, Colombia in his teens and later relocated to New York City. Before settling in New Orleans in 1964, he worked in Paris and exhibited in Bruges, Belgium. In the 1970s he spent long periods working, exhibiting, and teaching in Mexico, with many additional exhibitions in Spain—not only Madrid and Barcelona, but also Bilbao and Vitoria in his native Basque Country. Today, in the sanctum of his Folsom studio, he continues to nurture the historical sensitivity and wild imagination at the heart of his paintings and sculptures, which have earned a place in some of the world’s most prestigious private, corporate, and museum collections. Art lovers will find Cundin’s artworks in the permanent collections of the New Orleans Museum of Art, Museo de Bellas Artes (Bilbao, Spain), Artium Museum (Vitoria, Spain), and Museo de Antioquia (Medellín, Colombia), among others.

Across the span of his career, Cundin has finessed the interplay between Baroque, modernist, and postmodern idioms, with shimmering glimpses of Byzantine opulence courtesy of his selective deployment of gold leaf, elaborate frames, and text. Notably, the new paintings also incorporate astute, often whimsical, references to the history of painting. Menina with Dwarf, for example, nods to the iconic Las Meninas (1656) by Diego Velázquez, while The Museum Visit gently parodies the pretense of aesthetic discourse. Indeed, pomposity, hypocrisy, and hubris of all stripes often stand in Cundin’s crosshairs. This is an artist who reminds us not to take the vicissitudes of life, and the exaggerated importance of our own causes, too seriously. It is a worldview simultaneously romantic and ironic, apropos to Cundin’s current stylistic epoch at the crossroads of representation and abstraction. This fertile middle ground, he suggests, is akin to an idealized locale in Spanish folklore called “‘Entre Pinto y Valdemoro,’ a mythical place between here and there.” Venturing into this terrain by returning to his figurative roots, he observes, “is not a retreat to the past... but rather a step forward to resume an old and dear mission with a renewed toolbox.”