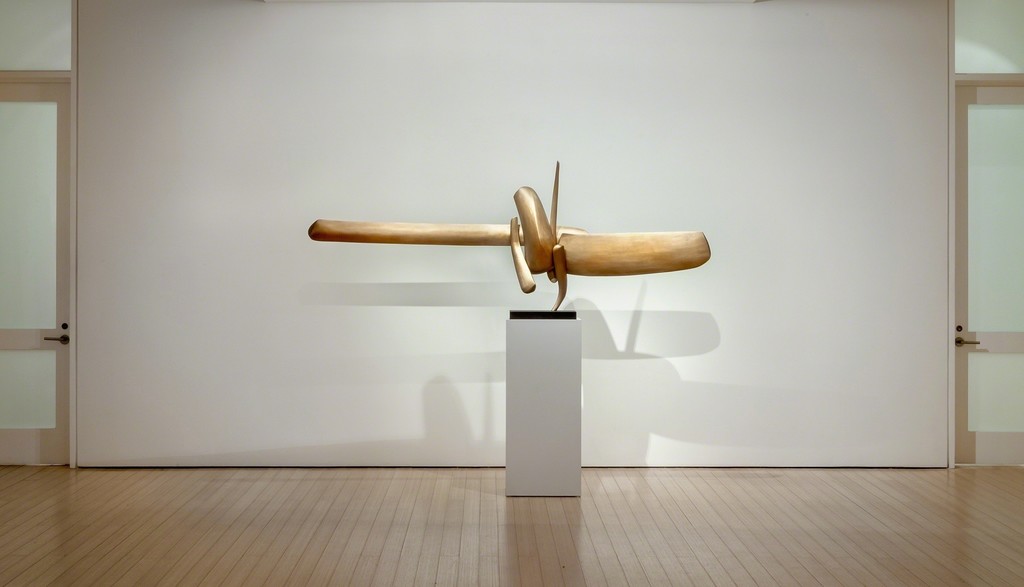 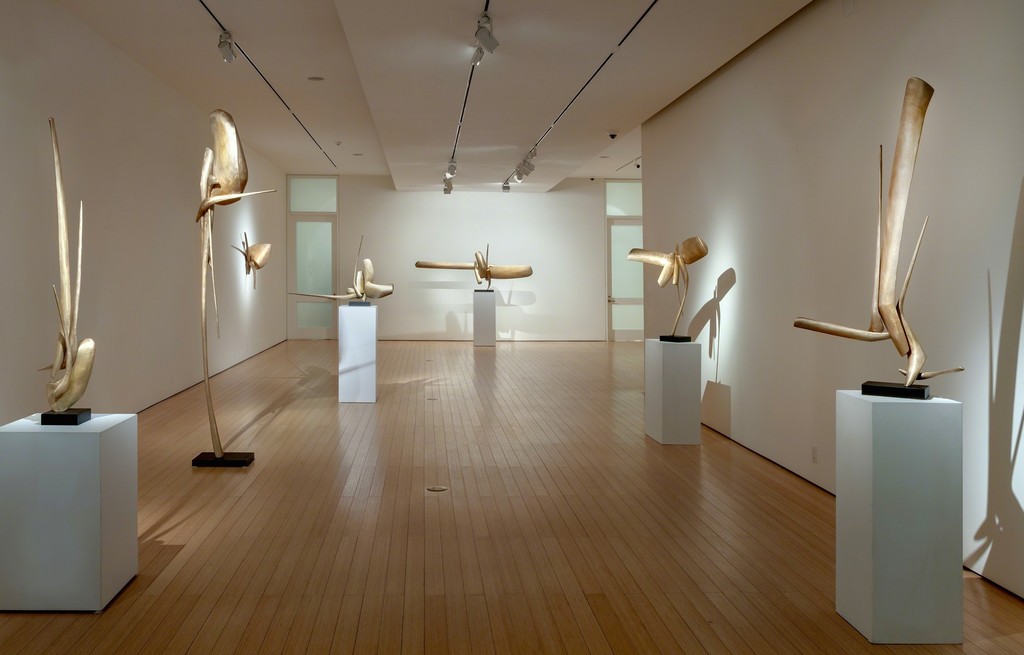 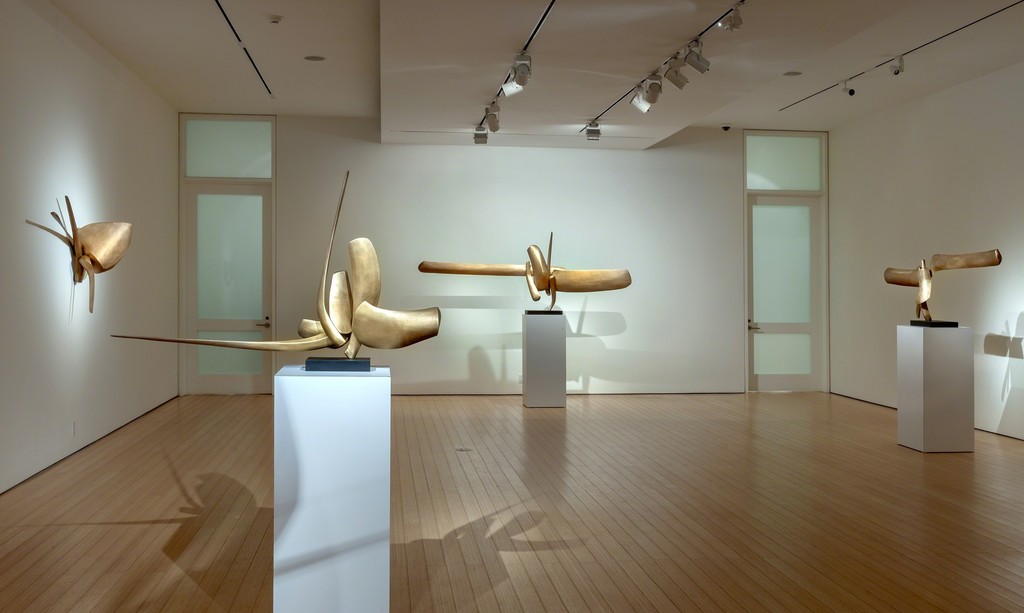 In his third solo exhibition with Callan Contemporary, David Borgerding presents a collection of fabricated bonze sculptures that marry intricate planning and detail with a sense of spontaneity, lyricism, and freedom. Each sculpture begins as a series of loose sketches, followed by a cardboard maquette once the composition is fully formed. Next, during an arduous fabrication process, Borgerding works flat sheets of bronze into seamless forms, often counterposing wide, horizontal expanses with dynamic vertical ascents. Arching and jutting in elegant, calligraphic swaths, they seem to translate the gestural vitality of Abstract Expressionist painting into three dimensions. Despite the meticulousness and strategic problem- solving that go into creating each piece, the final compositions are buoyant, rhythmical, and exultant.

Borgerding has been based in New Orleans since 2000. He earned a Masters of Fine Arts degree from Savannah College of Art & Design and is the recipient of multiple grants from the Joan Mitchell Foundation. Embraced by collectors and critically praised in publications such as ARTnews, he has in recent years completed a number of large-scale public and private commissions. Among the highest-profile of these projects is Volpang, a monumental, 23-foot-tall sculpture on the Poydras Street Corridor in New Orleans, commissioned by the Helis Foundation. Borgerding enjoys working across a broad range of scales, which will be reflected at his exhibition with Callan Contemporary. The works on view will range in size from tabletop pieces to garden-scale outdoor sculptures. Across this impressive range, the sculptures are united by the artist’s intuitive gift for conjuring evocative forms. “I think of the forms,” he observes, “as an alphabet of shapes. “I’m always looking at work I’ve done before and modifying forms that are dear to me—using them in different ways, letting them speak some more.”

Borgerding’s sculptures are visually allusive but not literal. They evoke from the viewer what British art critic Clive Bell called “aesthetic emotion,” a deep-seated response to formal properties of line, form, and color. These responses are transcultural, impacting viewers independently of thematic, emotional, or experiential context; therein lies their elemental power. They are, as Bell holds, vehicles toward nothing less than “aesthetic exaltation,” through which we find ourselves “lifted above the stream of life.” In Borgerding’s compositions, shapes interact in ways that tug at this fundamental capacity to arouse ecstatic experience. Often, the sculptures are strikingly cantilevered. Sometimes component shapes join together at fulcrums so small, the sculptures seem to defy the laws of gravity. When viewed from different angles, the profile of each work changes, lending an uncanny, ethereal quality and creating an ever-changing experience for the viewer.