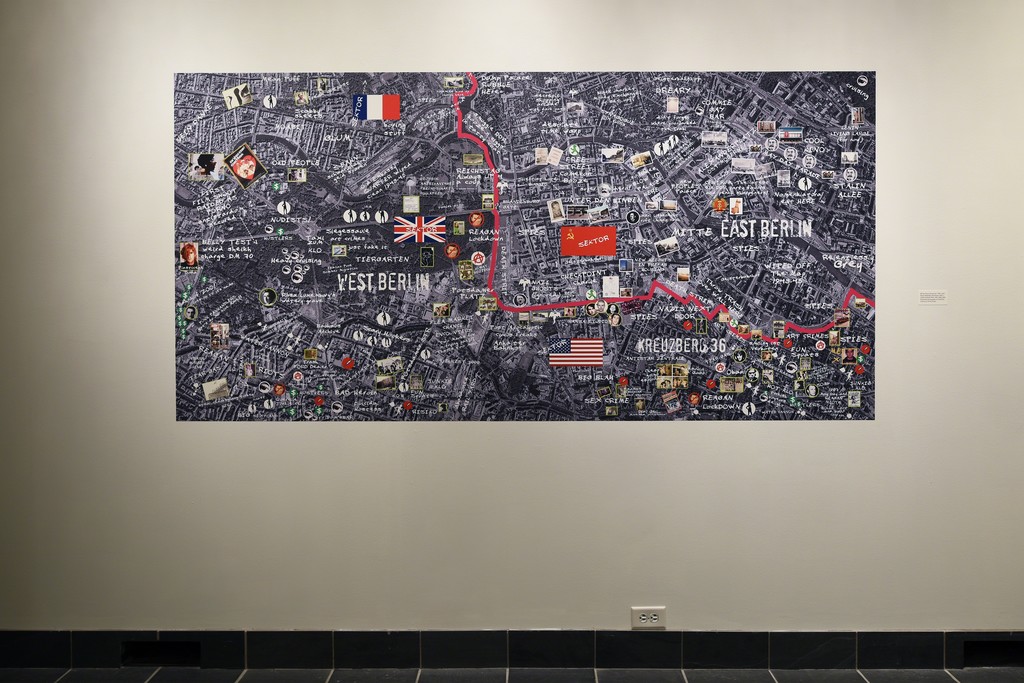 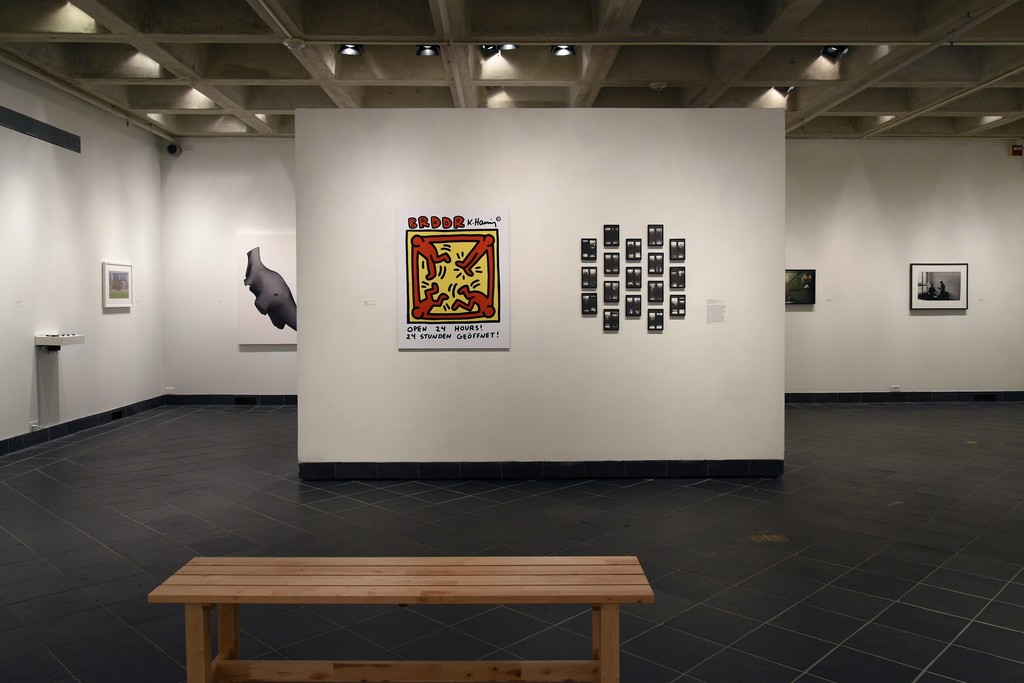 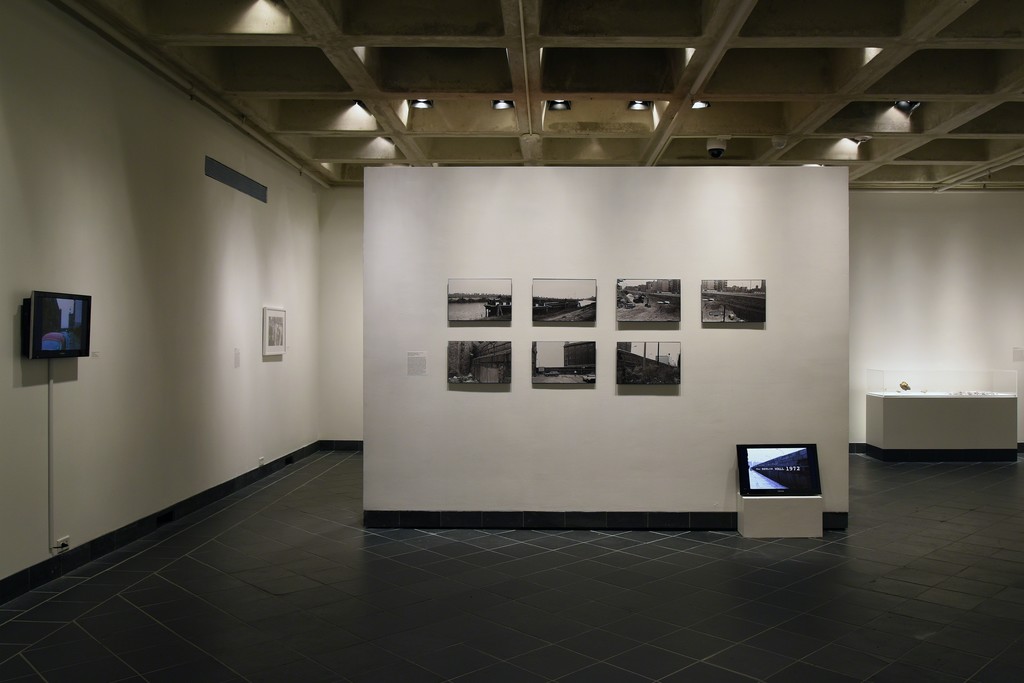 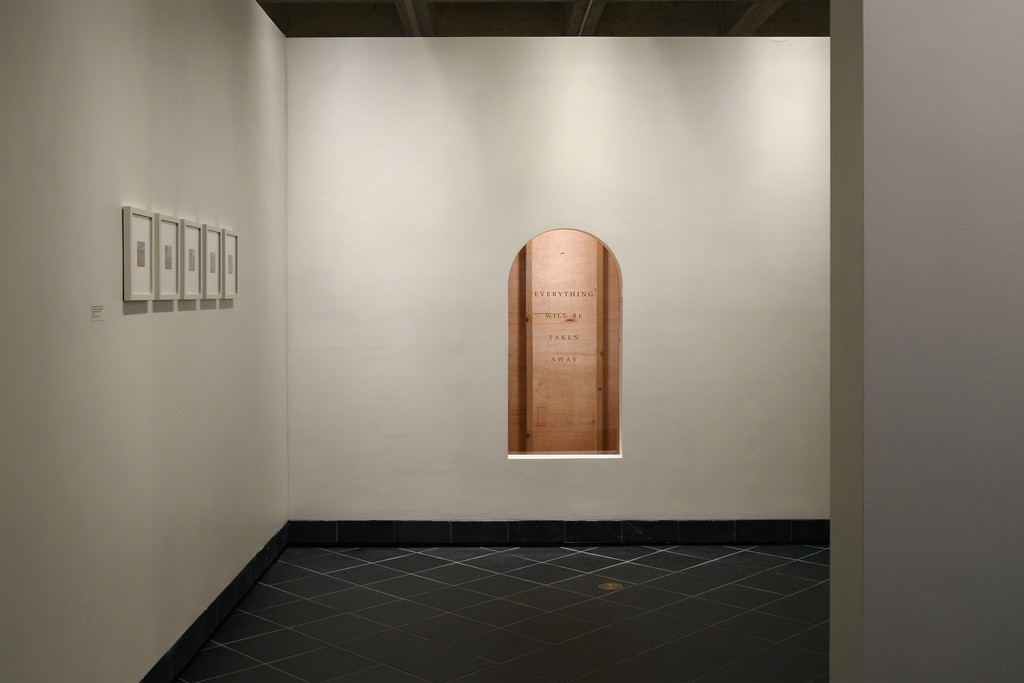 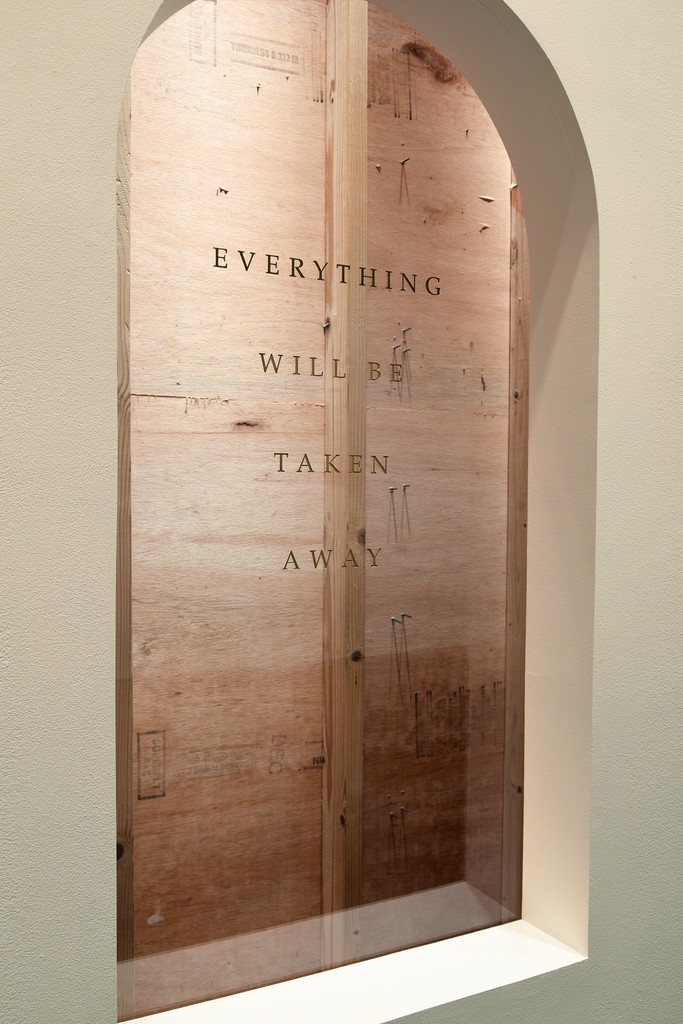 HAVERFORD, Pa.—— During the Cold War, the Berlin Wall was the world’s most notorious line of demarcation. From 1961 to 1989, the fortified border not only separated East and West Berlin, but it also surrounded the western allied zones, including the American sector. Divided Berlin became a global epicenter of ideological conflict, military occupation, and artistic expression. Hundreds of American artists visited Berlin and produced work on both sides of the Wall. Even in the shadows of its stark boundaries, the city served as a conduit for cultural exchange, especially for Americans who approached the Wall to understand its division as both a physical and a social construction.

The Wall in Our Heads: American Artists and the Berlin Wall, curated by Haverford College Postdoctoral Writing Fellow Paul M. Farber, commemorates the 25th anniversary of the reunification of Germany and reflects on the legacy of the Berlin Wall in American culture. The exhibition, which includes works from Nan Goldin, Keith Haring, Adrian Piper, Jonathan Borofsky, Public Enemy’s Chuck D, and Allan Kaprow, among others, comes to Haverford after a well-received run last fall at the Goethe-Institut in Washington, D.C. It sheds light on critical American artistic perspectives on the Wall from 1961 through the present, foregrounding artworks that confront social boundaries in the United States as well as the historical crossroads of Berlin.

The exhibit will run at Haverford College’s Cantor Fitzgerald Gallery from Oct. 23 through Dec. 13, and will kick off with a public keynote conversation between Michael Kimmelman, architecture critic at The New York Times, and curator Paul M. Farber, at 4:30 p.m., in Haverford’s Sharpless Auditorium. An opening reception will follow from 5:30 p.m. to 7:30 p.m. in the Gallery.

More information on additional programming, including gallery talks, an arts practitioner roundtable, and a student response exhibition, can be found on the exhibit site: exhibits.haverford.edu/thewallinourheads.

The Wall in Our Heads: American Artists and the Berlin Wall is presented by the John B. Hurford ’60 Center for the Arts and Humanities with the support of Haverford's new Initiative in Ethical Engagement and Leadership.

Part of the John B. Hurford ’60 Center for the Arts and Humanities and located in Whitehead Campus Center, the Cantor Fitzgerald Gallery is open Monday through Friday 11 a.m. to 5 p.m., Saturdays and Sundays 12 p.m. to 5 p.m., and Wednesdays until 8 p.m. For more information, contact Matthew Seamus Callinan, associate director of the Cantor Fitzgerald Gallery and campus exhibitions, at (610) 896-1287 or [email protected].