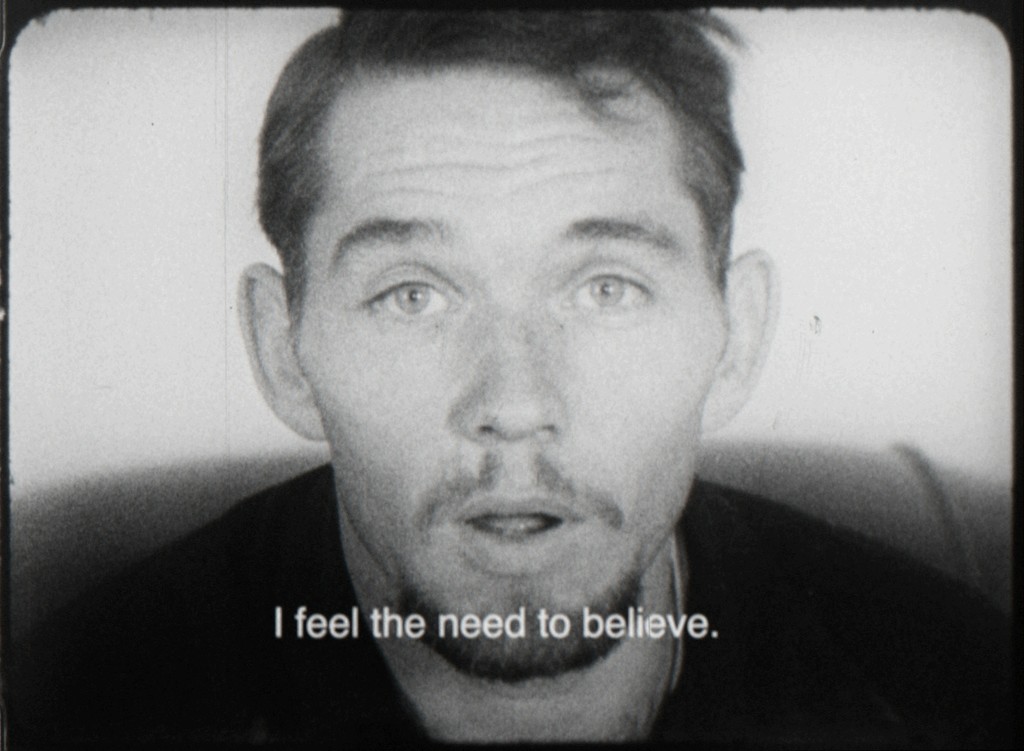 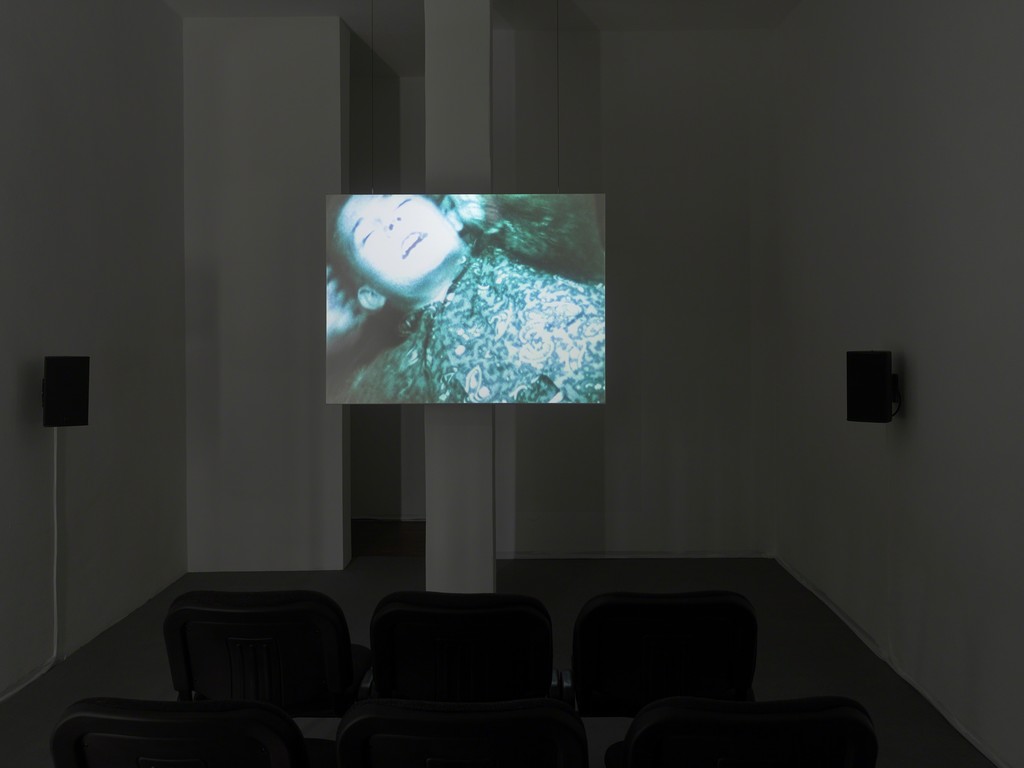 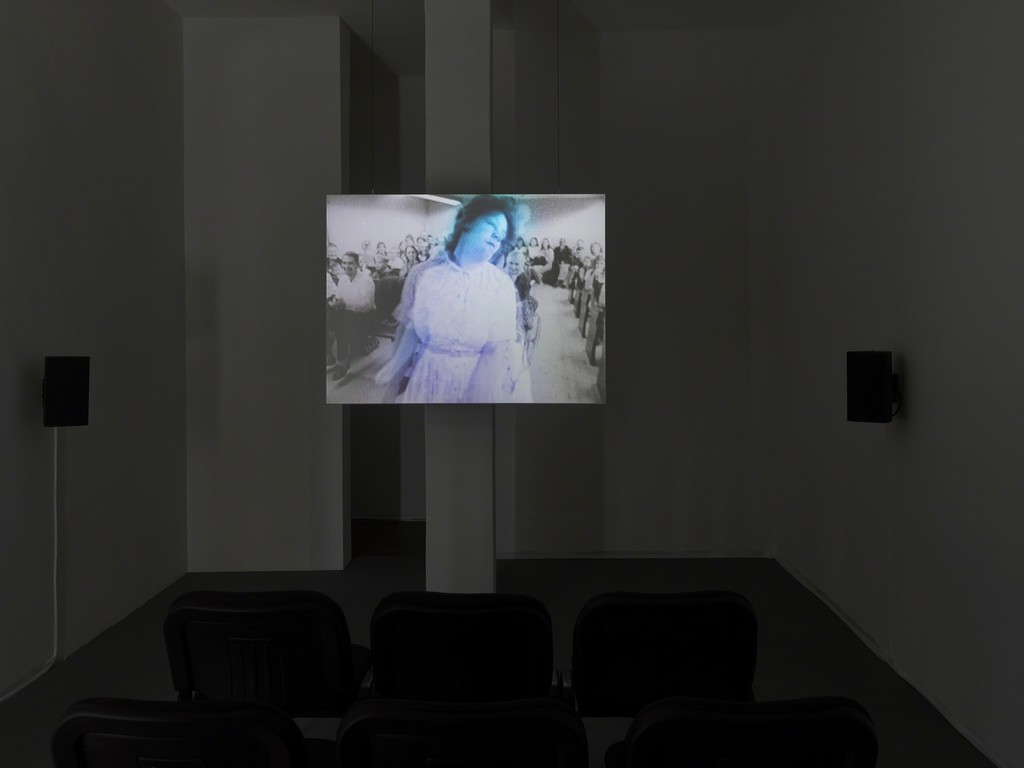 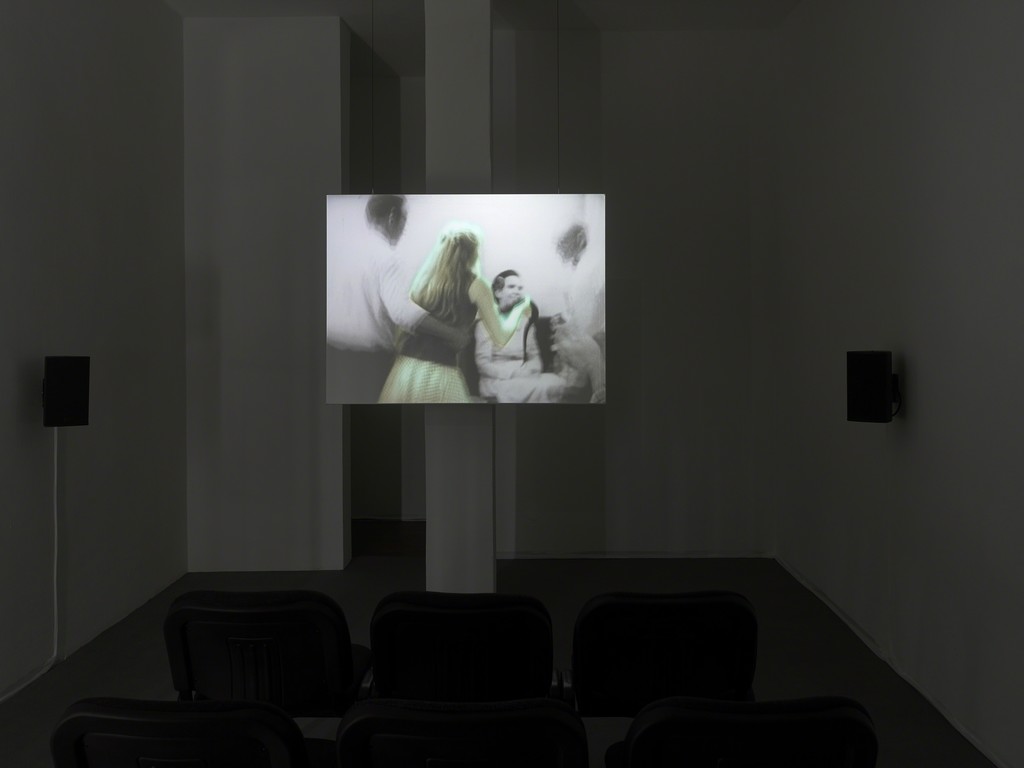 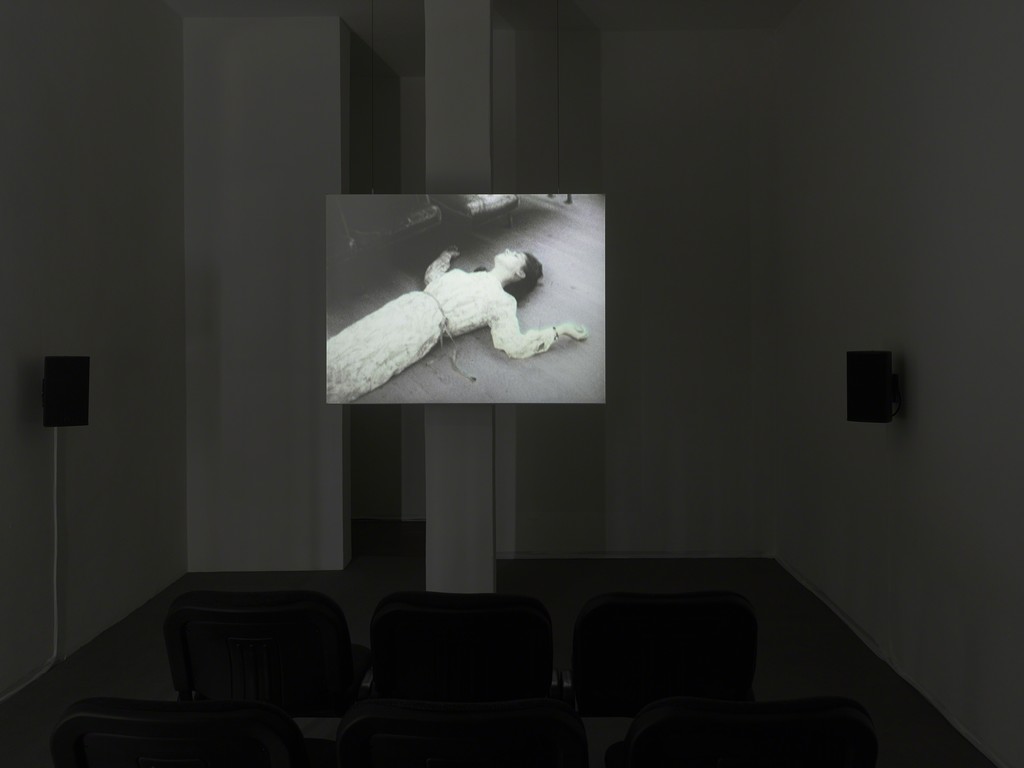 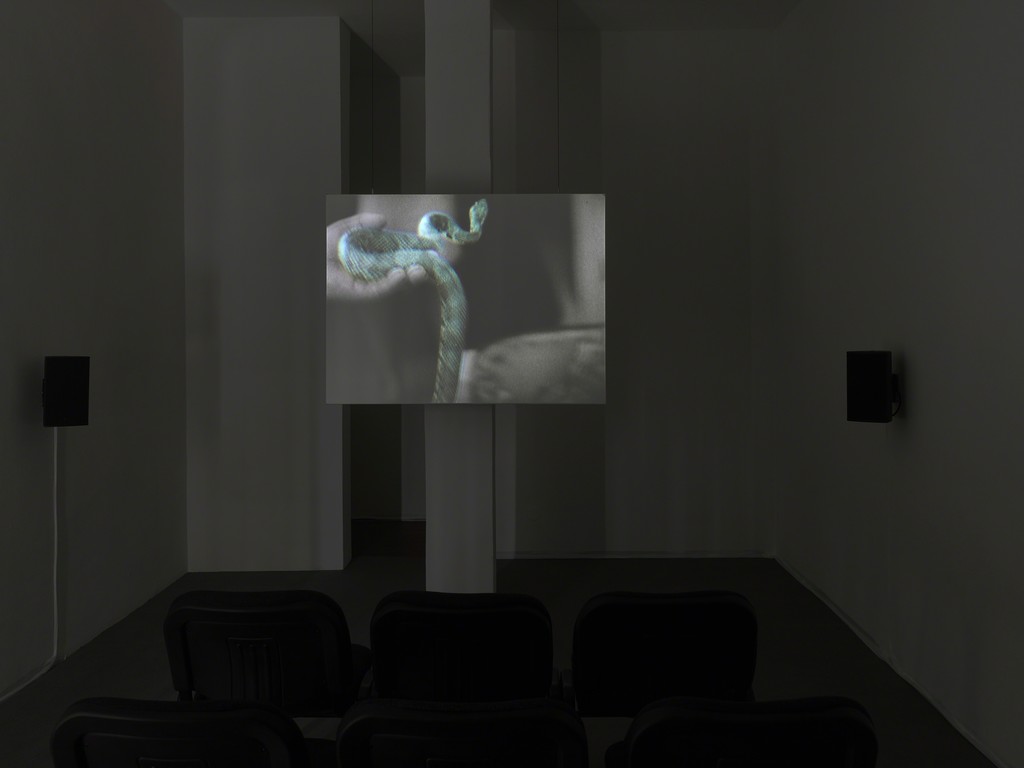 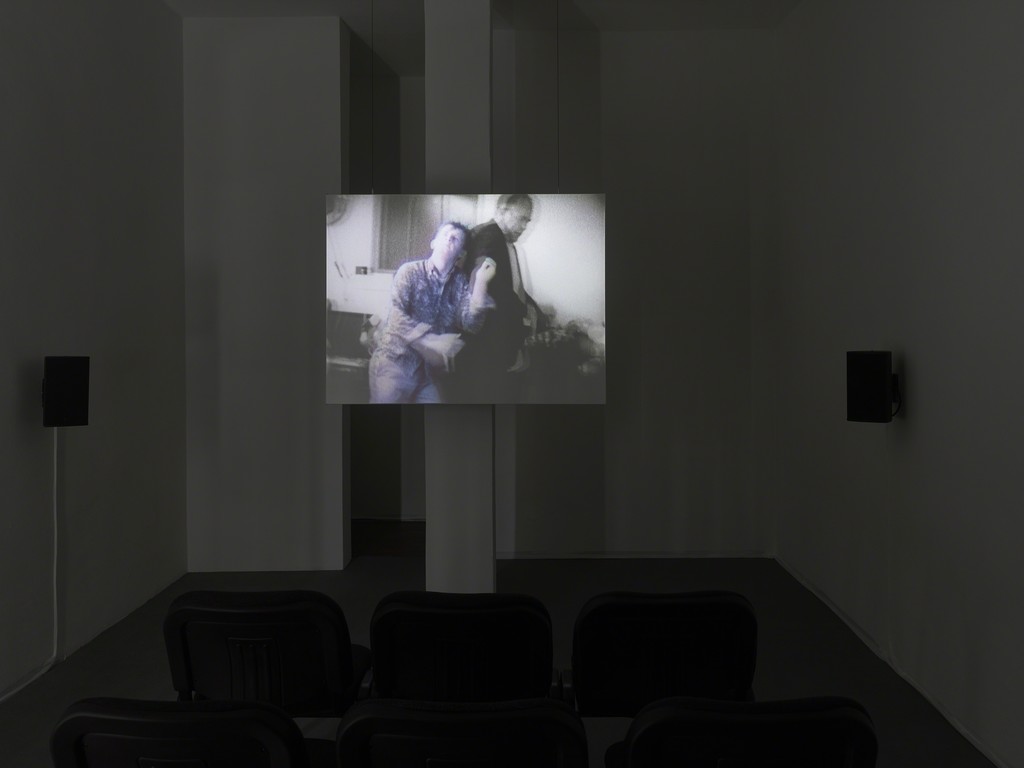 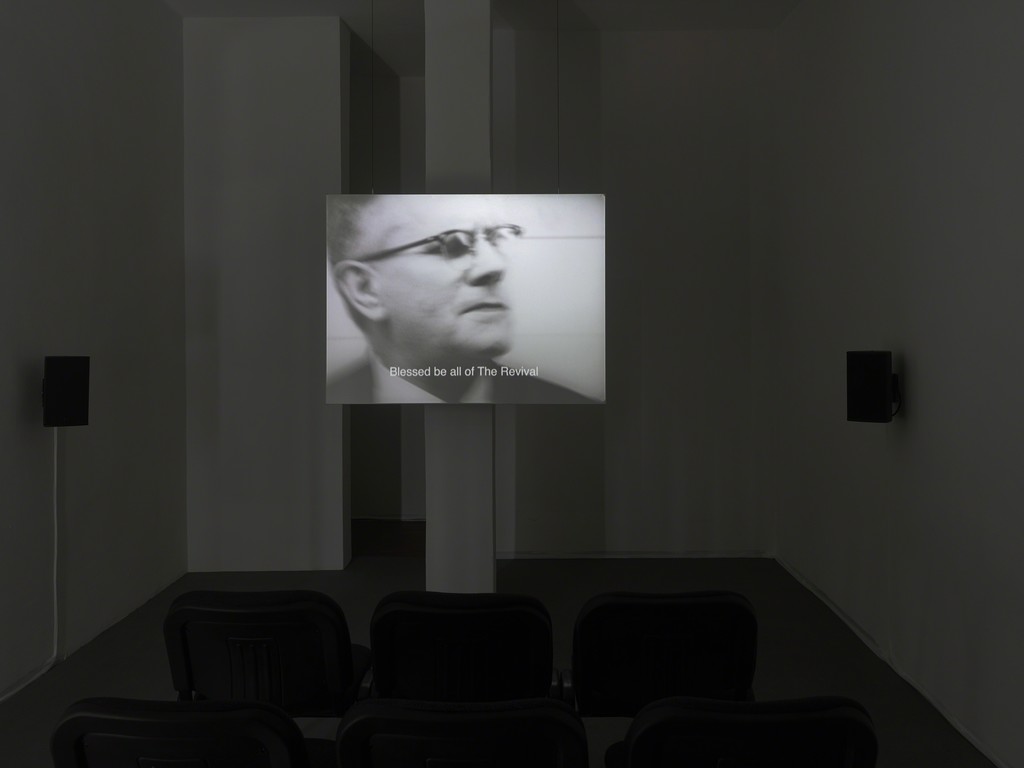 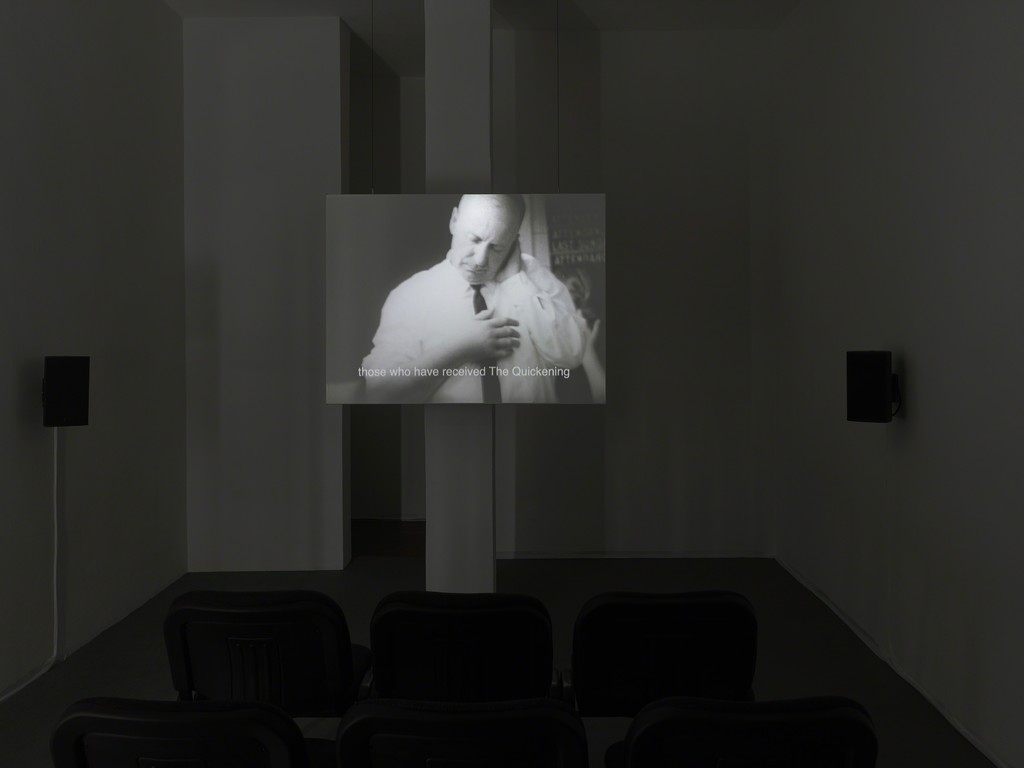 Quickeners: They live about 500 years after us and belong to the entirely rational- thinking species of Quantum Human, who are immortal and connected to each other through an abstract entity called “The Hive”. However, Quickeners have a developed a rare disorder named “Human Atavism Syndrome” - or H.A.S.- that prompts them to unexplainably desire to engage in long-forgotten behavioural patterns of humans. Detached from Hive, the Quickeners fall into an ecstatic state in which they sing, clap, cry, scream, dance and handle poisonous snakes.

The video work “Quickeners” (2014) by the Canadian artist Jeremy Shaw is a kind of sci-fi pseudo-documentary. It’s source material comes from the 1967 film “Holy Ghost People”; a cinema verité film that depicts the worship service of a Pentecostal church in a small American town. In these churches that emerged in America at the start of the 20th century, speaking in “tongues”, laughing out loud, bursting into tears, or experiencing twitching fits was commonplace. Shaw’s re-worked video is presented by a BBC-like narrator who details the story of the Quickeners in a deadpan tone. It is accompanied by subtitles that translate the Quickeners scrambled language and a soundtrack that embellishes the events until the film itself falls into a state of ecstasy.
Jeremy Shaw's work revolves around altered states of consciousness—whether triggered by religion, drugs, dance or technology. For the istallation “DMT” (2004) he documented subjects under the influence of the ultra-psychedelic drug, dimethyltryptamine, and translated their immediate recollections of the experience into subtitles. In “Best Minds Part One” (2007), he shot footage of straight-edge hardcore dancers who consciously abstain from alcohol and drugs in order to go into a kind of puritanical ecstasy through music and dance alone. Shaw then slowed down the footage and added an ambient soundtrack, drawing parallels to shamanic and balletic dances. Ethnographic studies, neuroscience and belief systems play a recurring role in Shaw’s work. “Quickeners” fits snuggly into this universe by fusing many of Shaw’s interests into a succinct, alchemical whole. „Quickeners“ is the predecessor to “Liminals”, which was shown at the 2017 Venice Biennale, and is followed by „I Can See Forever“, that will premiere at the Kunstverein Hamburg in May 2018 and complete the „Quantification Trilogy“.
Jeremy Shaw was born in 1977 in North Vancouver, Canada and lives and works in Berlin. He currently has a residency at the Hammer Museum, Los Angeles. His solo exhibition at the Kunstverein Hamburg opens May 25. He exhibited at the 57th Venice Biennale and Manifesta 11, and has had solo exhibitions at the Schinkel Pavilion Berlin (2013) and the MoMA PS1 (2011).