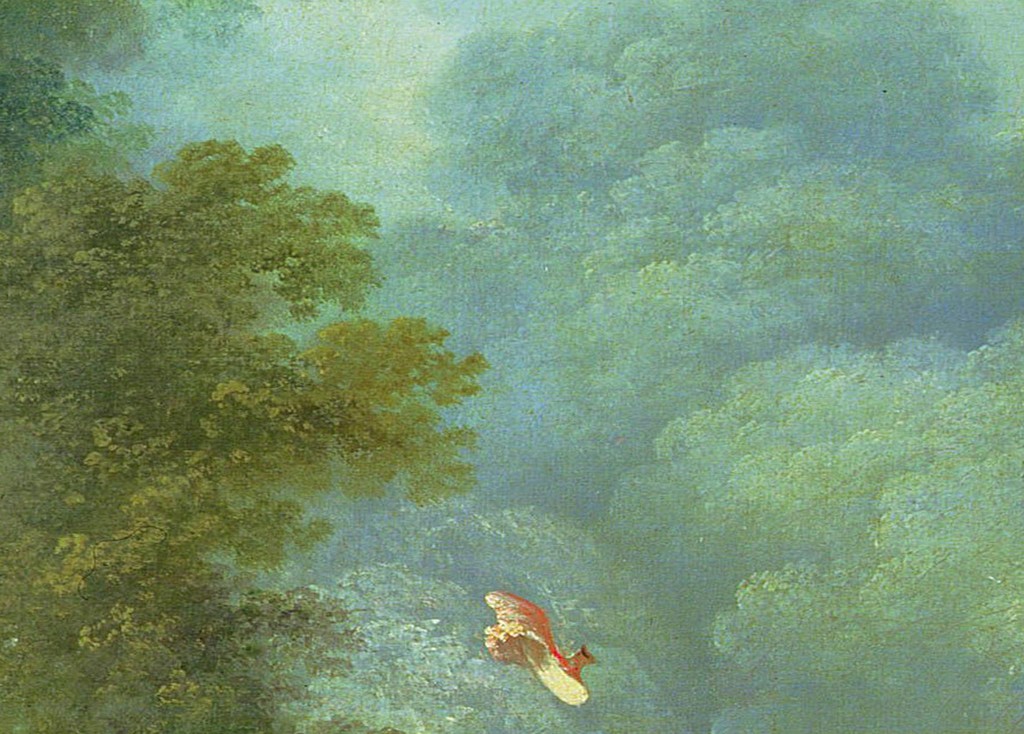 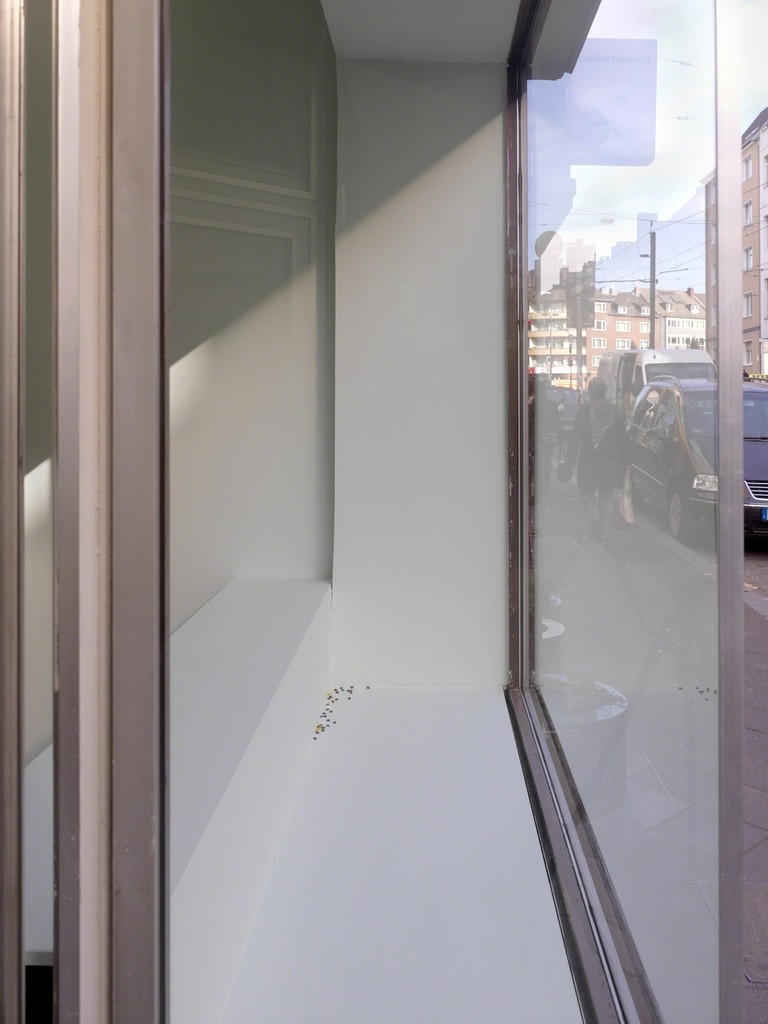 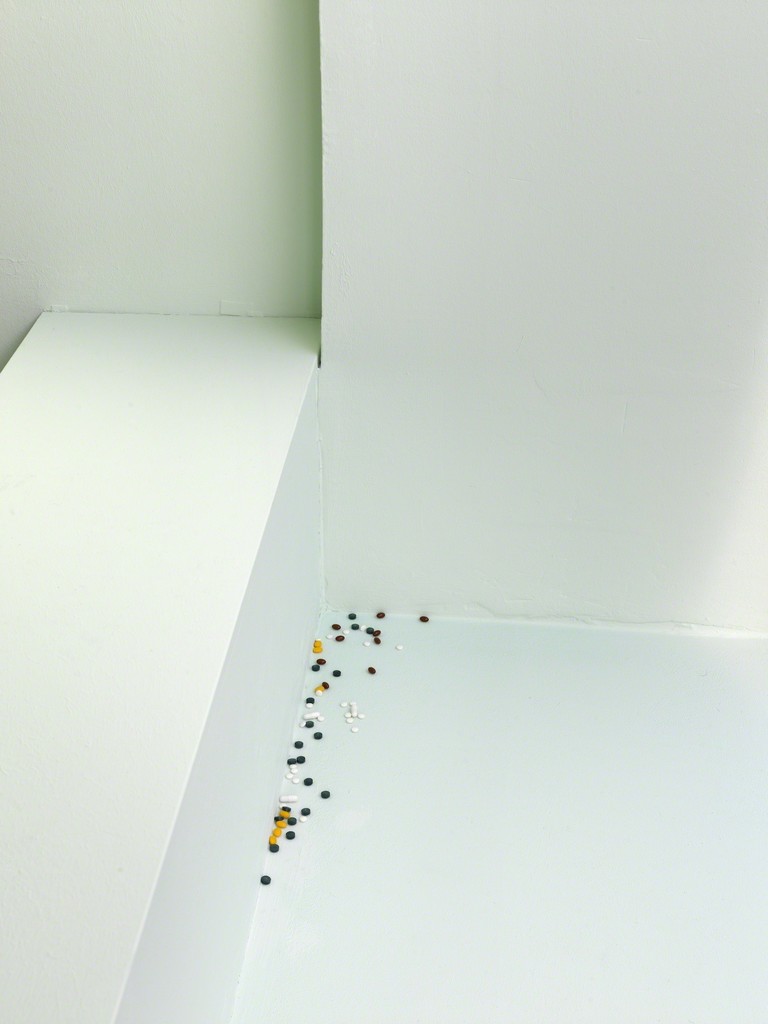 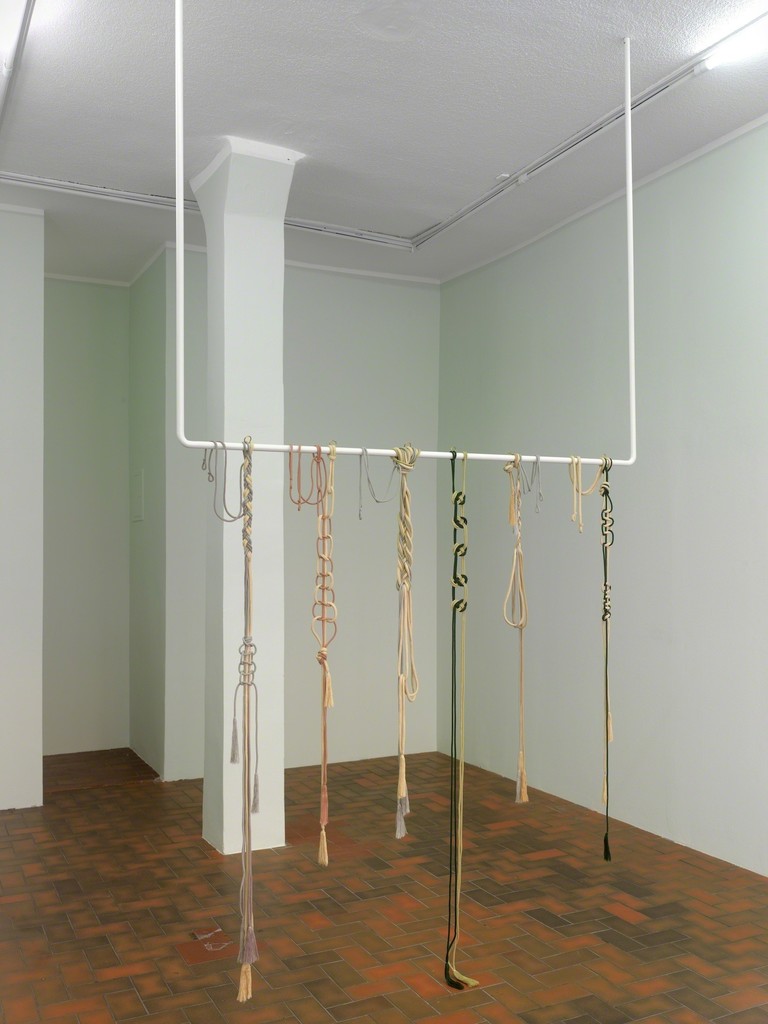 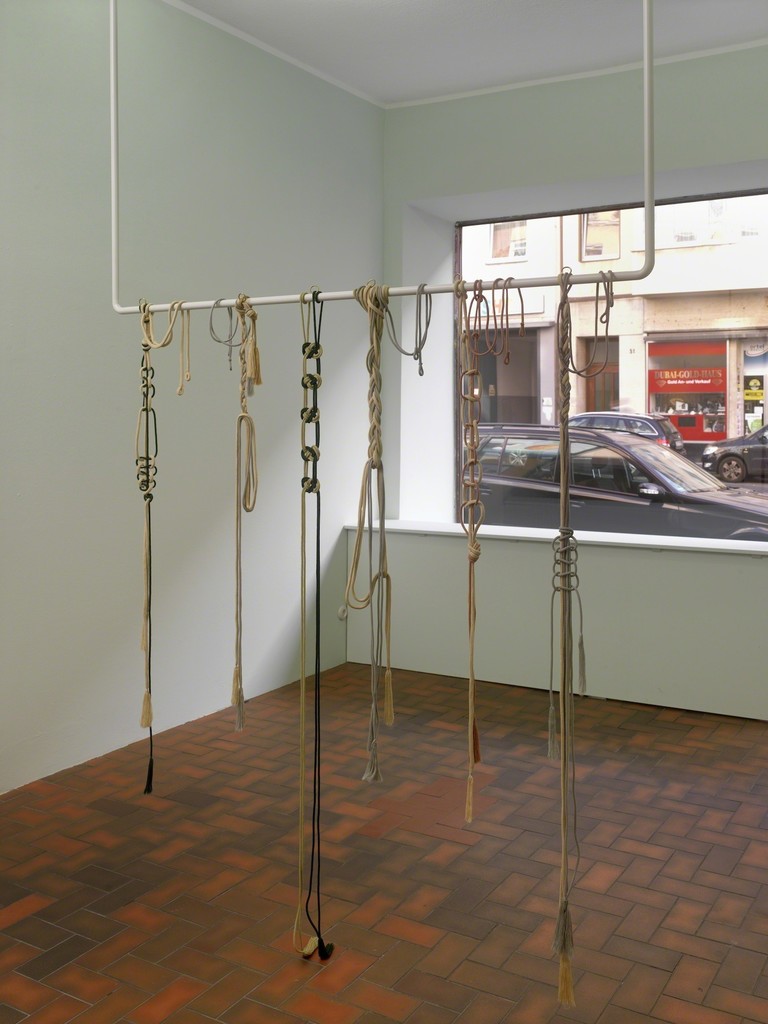 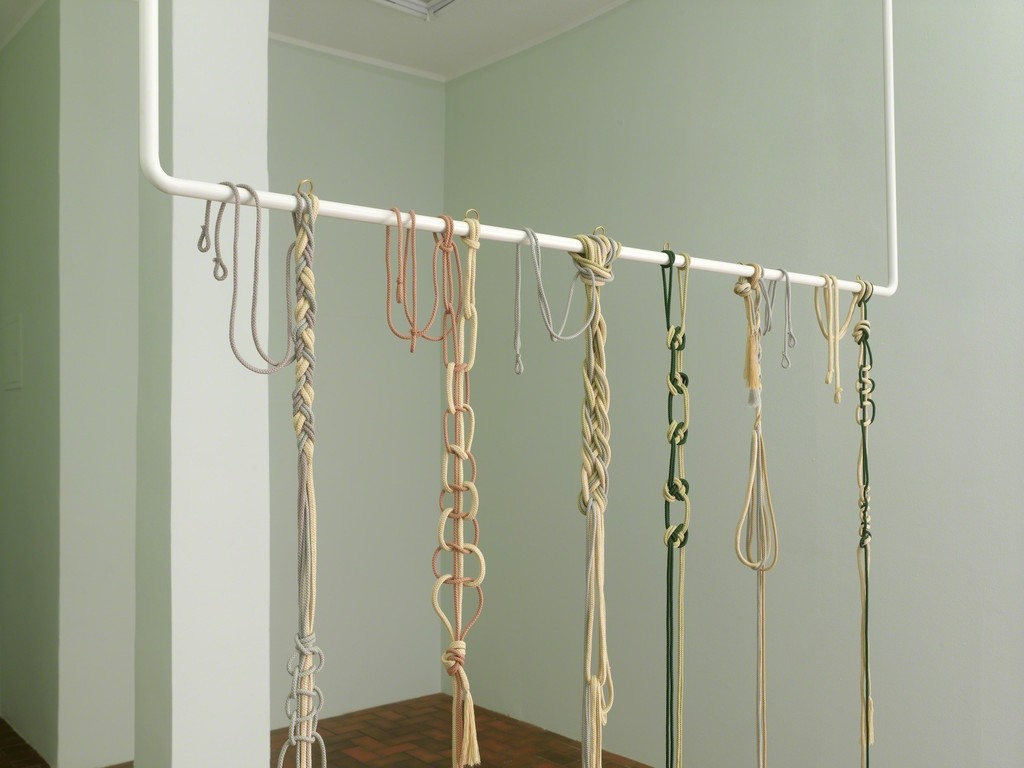 Delusions and superstition, mystical symbols and coded messages - Maria Loboda (born 1979 in Krakow) has a penchant for the stories behind things. In them, she uncovers a historical, culturally coded cosmos of signs, in which fears and longings manifest aesthetically. In her spatial collages of found and custom built elements she rearranges these icons. Meanwhile, the elegant, quiet appearance of her carefully selected and finely processed materials harbors a disturbing core: bouquets of flowers emerge as allegories for insults, stringed potted plants as metaphors for an ancient military strategy. Nothing is as it seems – Loboda’s work is a single, highly psychologically charged trompe l'oeil effect.

For CAPRI Loboda has created a new installation. The entire room is painted in the color of celadon: a shade of pale gray jade green that goes back to a noble glazing technique used in Chinese and Korean pottery from the 9th to 15th centuries. The color was regarded as "indescribable", and its quiet elegance was compared to the spirit of Zen Buddhism. In the Middle Ages the colour reached Europe, where a French novel of the 17th century is said to have inspired its present name: "Céladon" was the name of the green-clad shepherd in Honoré d'Ufrés famous pastoral novel "L'Astrée", which revolves around his impossible love for the title character Astrée. Because of the novel’s psychological empathy, its cultured speech and the beautiful décor, it became a model for other pastoral romances as well as paintings and tapestries. The phrase "être un Céladon" was coined in French as a synonym for the shy lover.

CAPRI, covered in the evocative tone of celadon, turns it into a spiritual, ethereal place. From a diagonally mounted rod are dangling several finely woven falconer’s knots: it looks as if the ropes were waiting in vain for the birds of prey, like the shepherd for his mistress. As symbols for self improvement, food supplements are placed on the window sill: vitamin B complex, spirulina, melatonin and propolis match our time’s strive towards perfection, to be healthy and balanced despite any stress. With the installation’s title Loboda refers to the tarot card "The Seven of Cups", which stands for “the Pursuit of Illusion and the dissipation of energy on false choices. Under rare and extreme circumstances, may indicate the revelation of transcendental spiritual truth.” Spiritual truth can be attributed to the colour celadon, to chasing illusions, to the lack of falcons, as well as to the nutition supplements: The installation is a waiting room of unfulfilled hope, which might also turn into enlightenment.