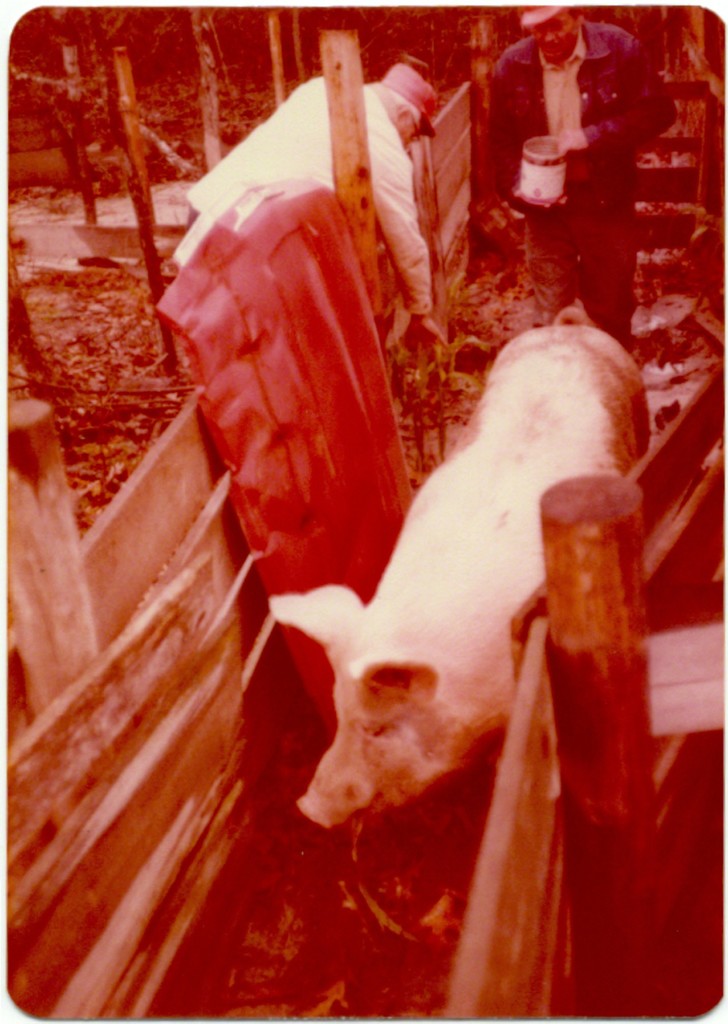 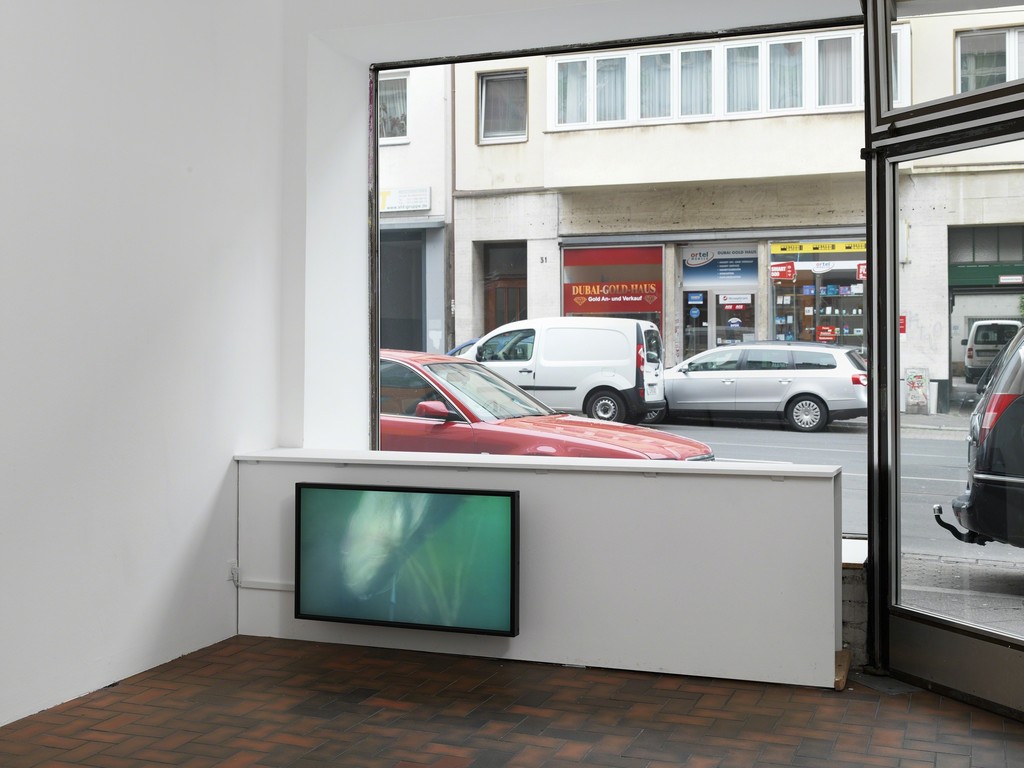 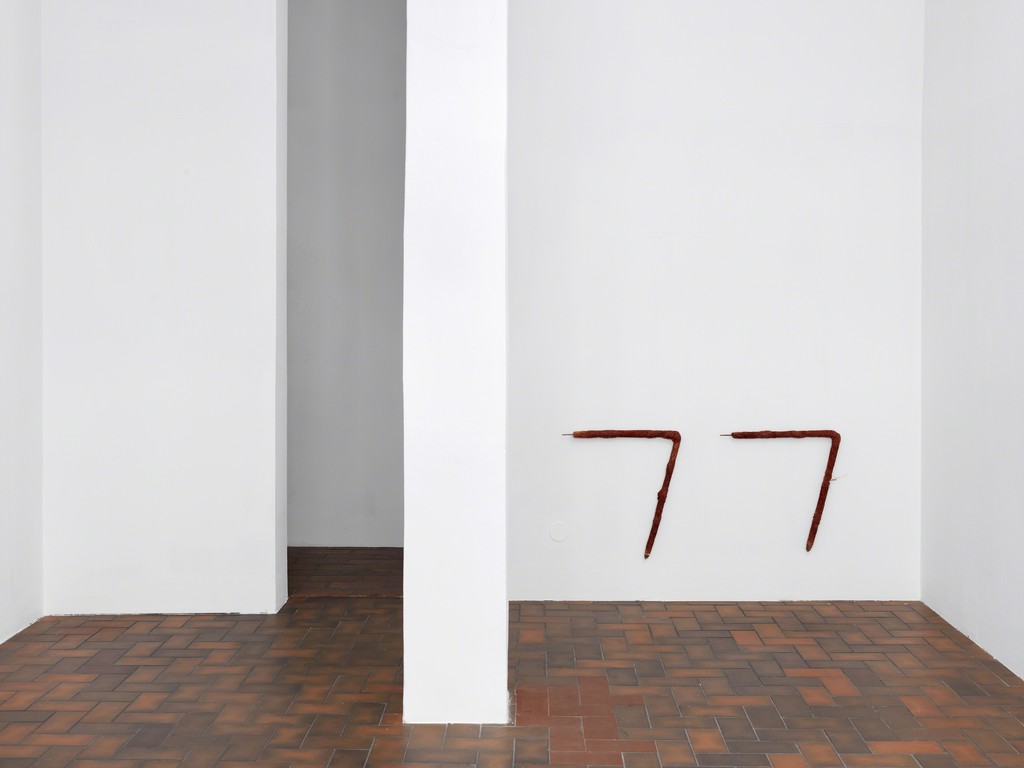 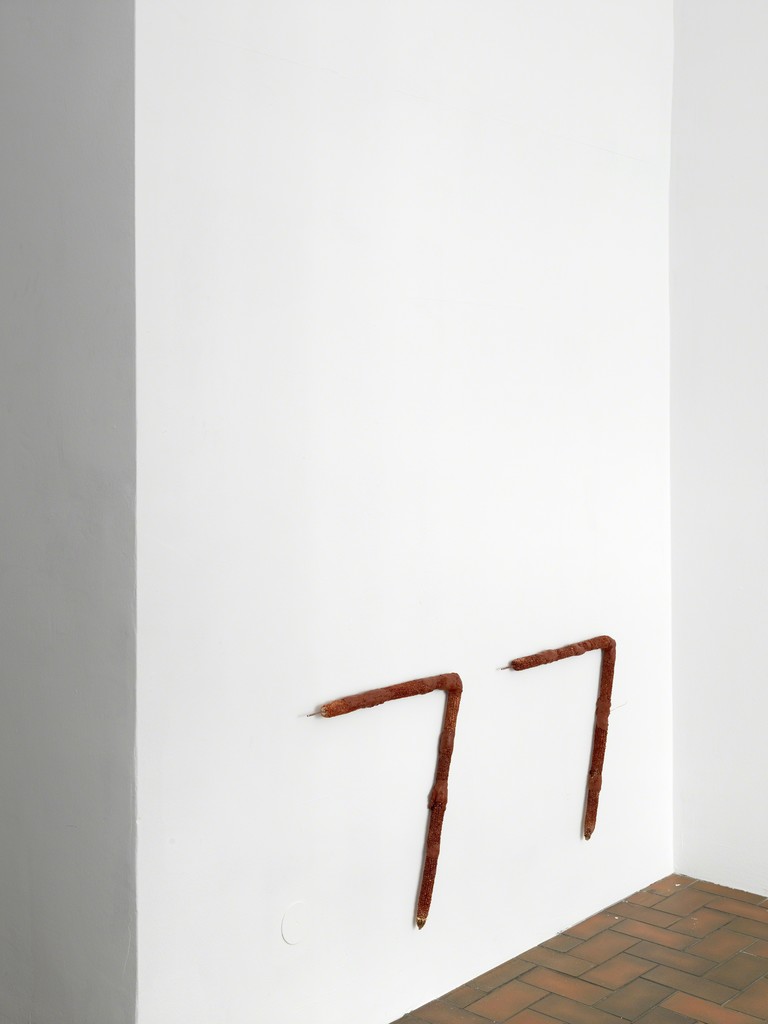 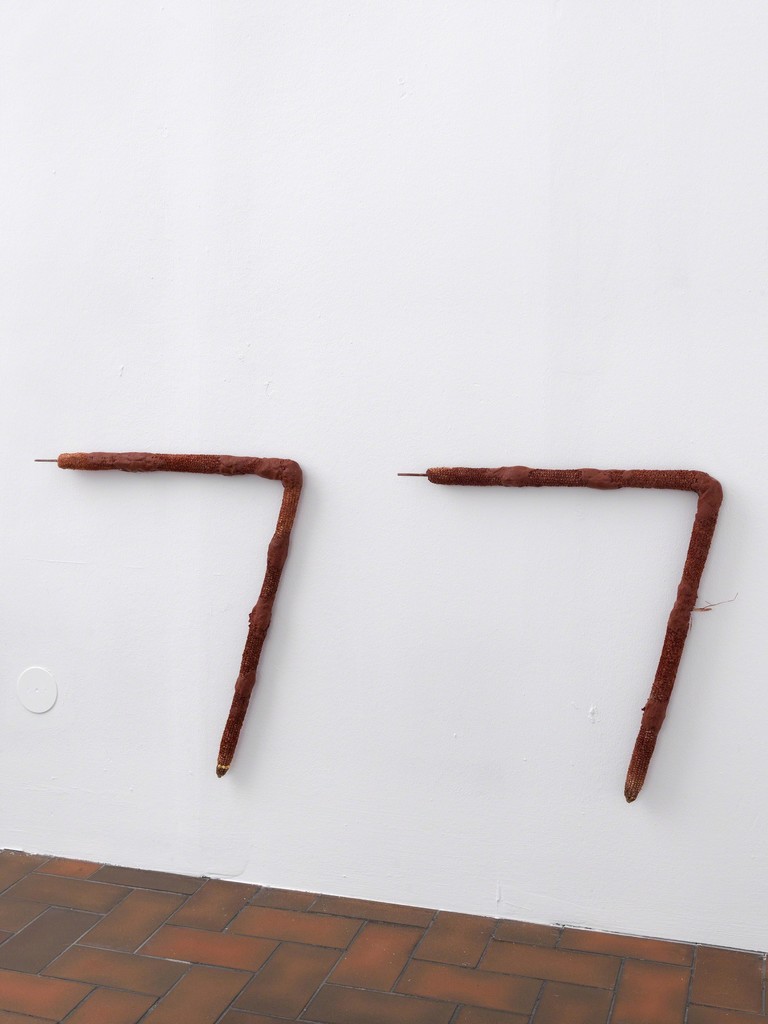 Michael E. Smith’s sculptures, films, and spatial interventions resound with the decay and vulnerability of nature and civilization. They seem like the remains of a ruinous civilization that is destroying itself at an ever-faster rate. Found objects like bones, dead animals, plants, or plastic containers are crushed, tried, bent, or covered in resin or paint. They wind up under the ceiling, in corners, on the floor or hovering close above it.

Smith developed two new works especially for the exhibition “pig” at CAPRI. In the video, which, like all the materials Smith uses, was found and not created by the artist himself, we see a catfish on a hook struggling with death.
The two wall-objects, corn on the cob entwined in rope that is skewered onto metal rods and covered in blood-red paint. In their dirty, dilapidated, organically charged minimalism, Smith’s works evoke beings caught in a state of trance between life and death and tell of the dystopias of late-modern society. Their refusal to be staged as auratically charged works of art communicates a horror vacui that recalls the empty buildings of abandoned towns.

Smith comes from Detroit, a place that has become synonymous with America’s post-industrial decay. For this reason as well, his works seem like an answer to the disparity between the people who have left their homes and the environment that breaks in uncontrollably into the abandoned architecture. But as subdued and existential as the mood might seem, beneath the surface a living vitality throbs that is not yet lost and yet is profoundly human.

Michael E. Smith (b. 1977) is one of the most important artists of his generation. Most recently, he has presented solo shows at Kunstverein Hannover, New York’s Sculpture Center and DeAppel in Amsterdam (2015).