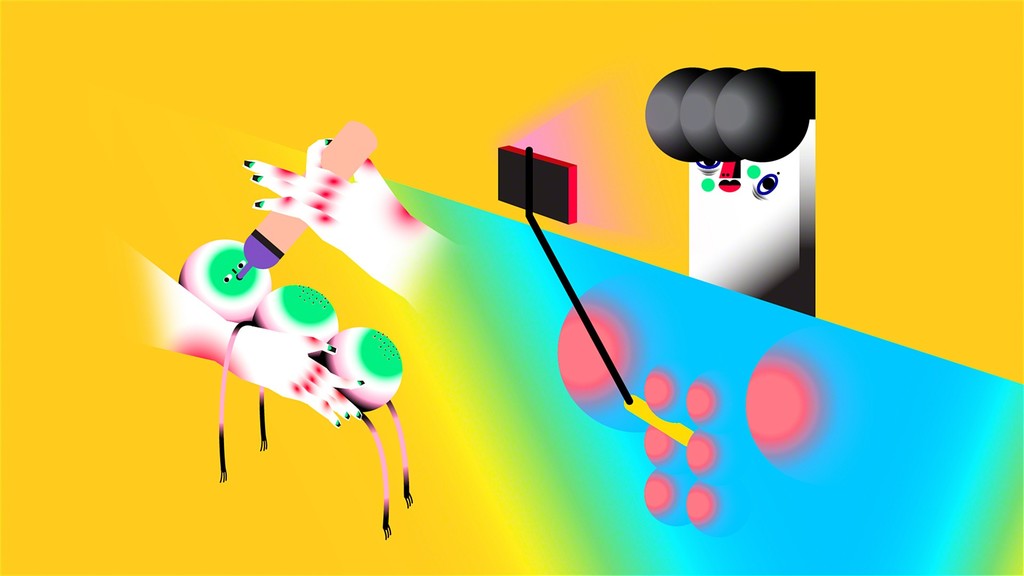 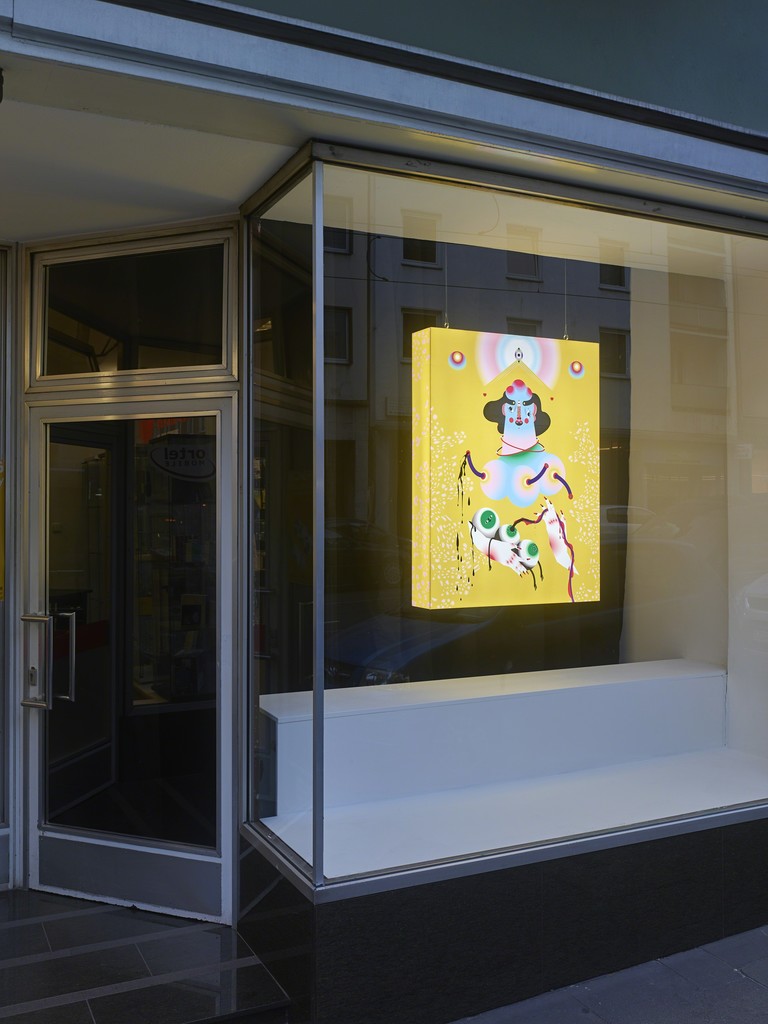 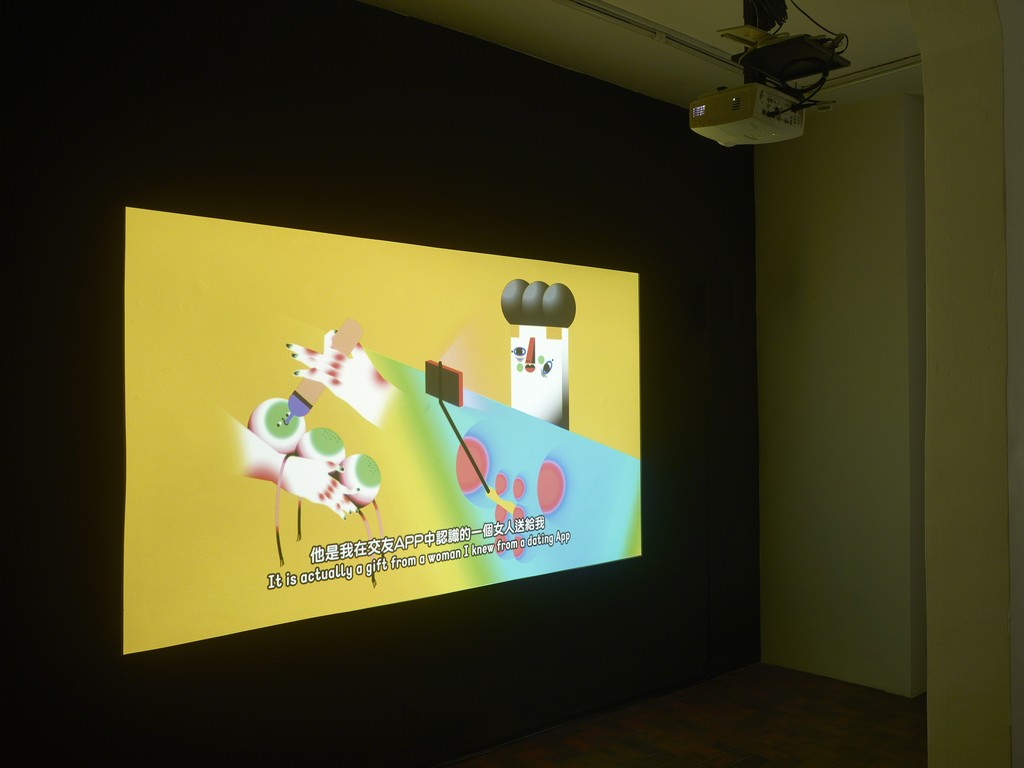 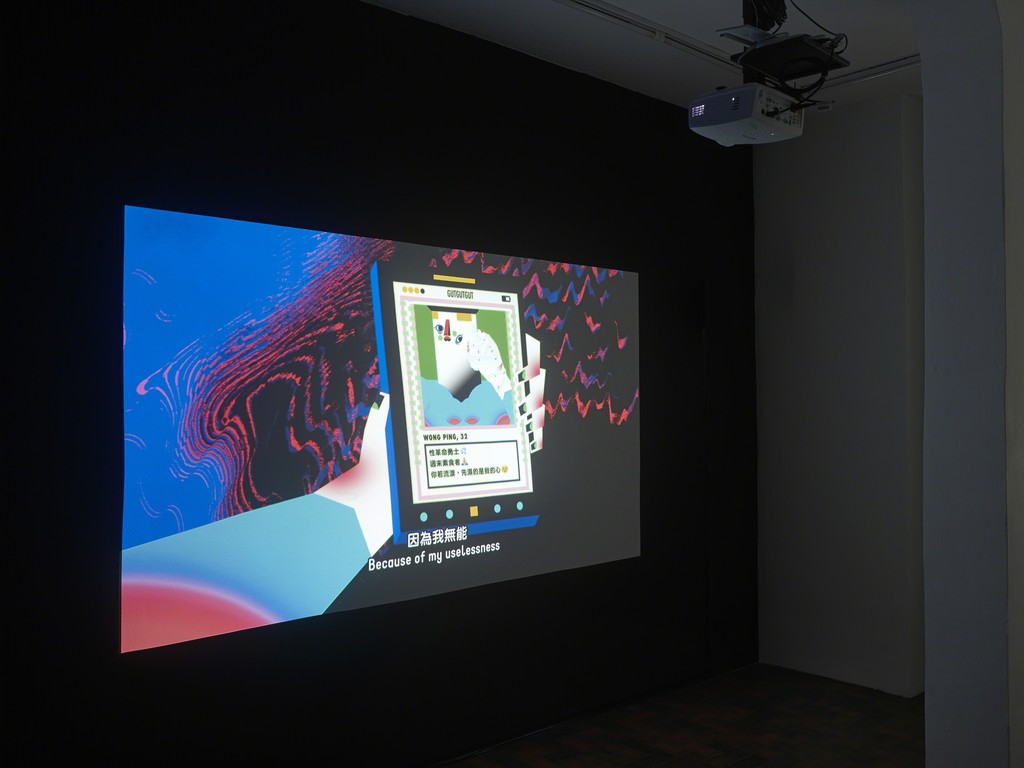 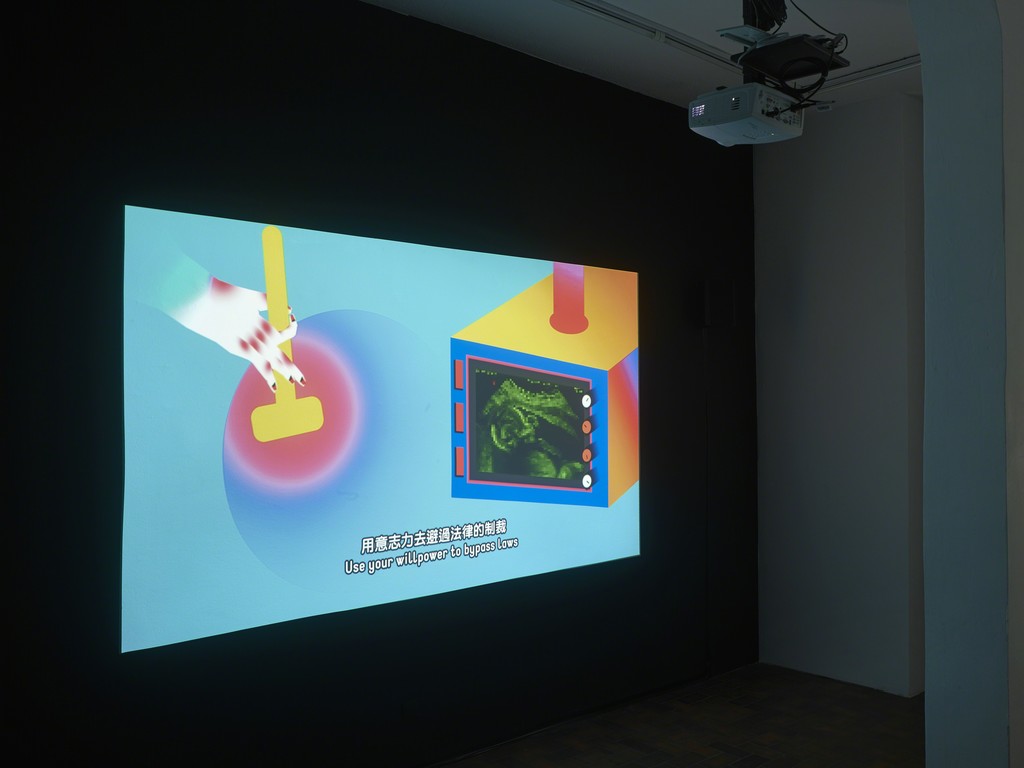 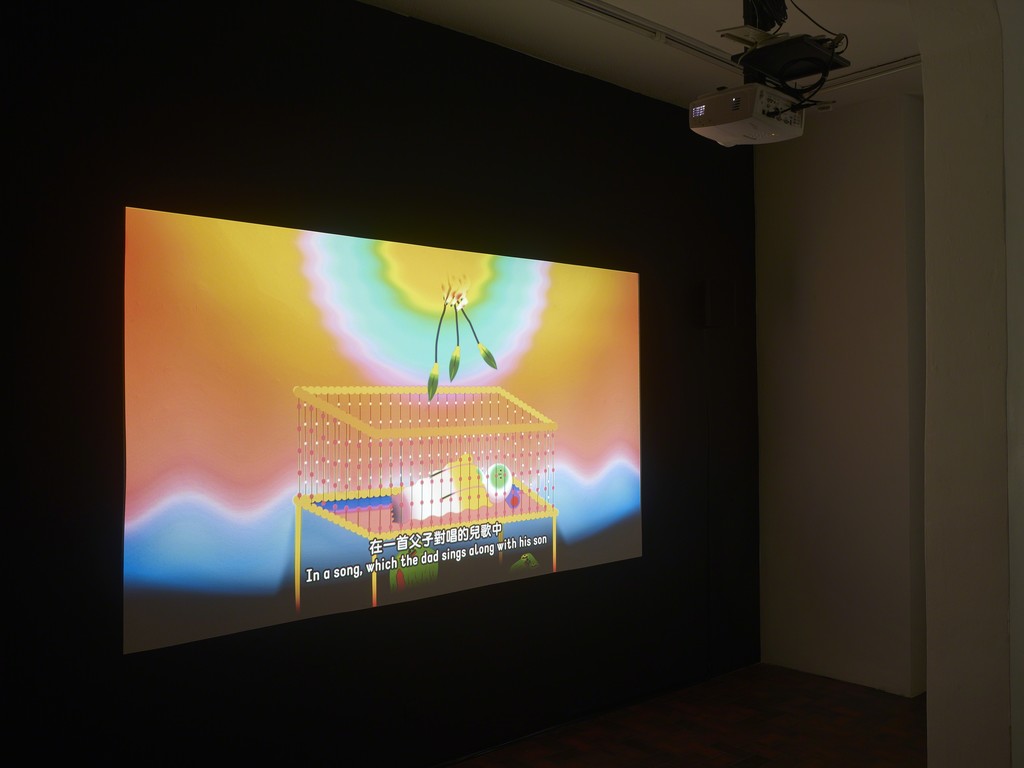 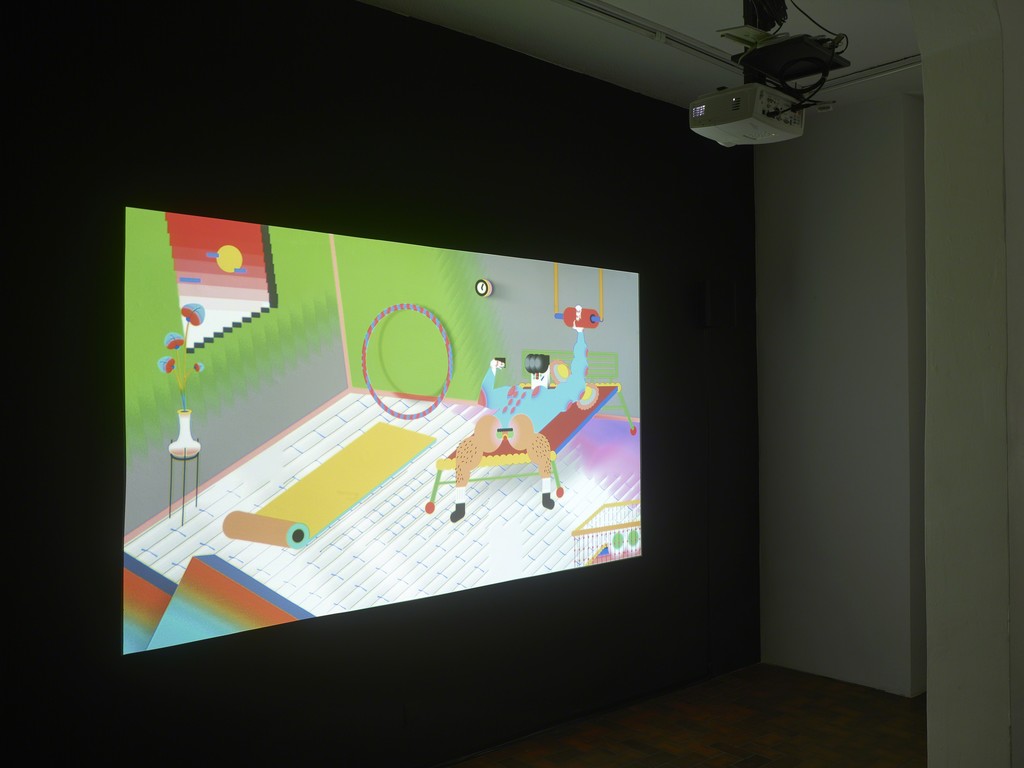 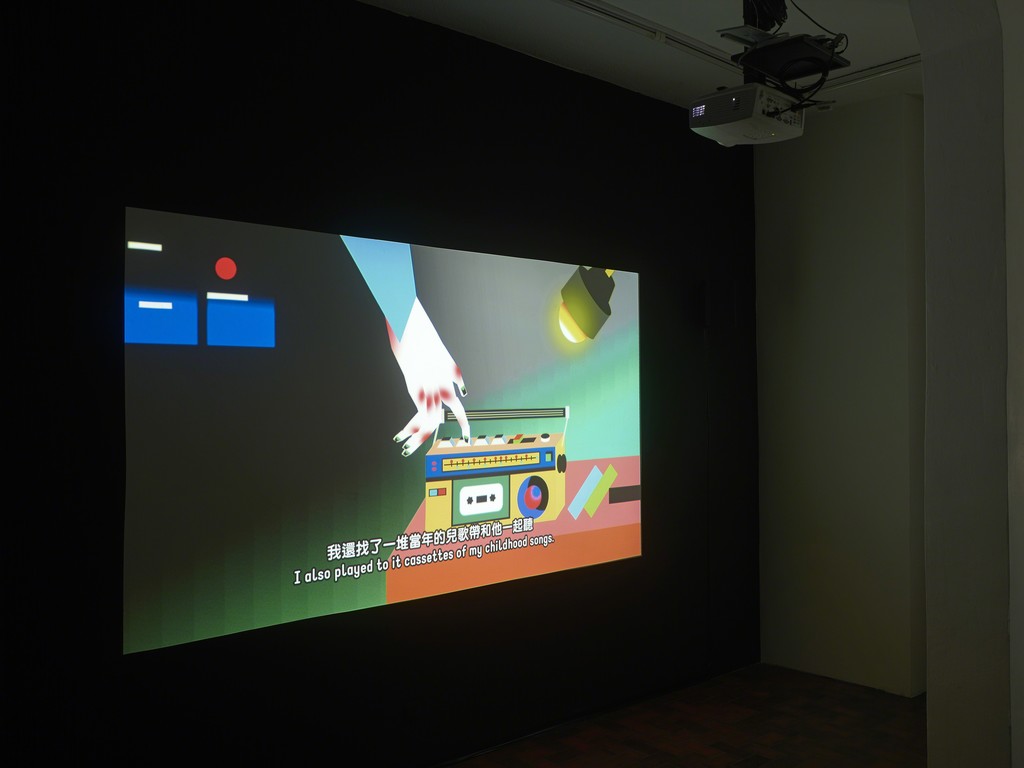 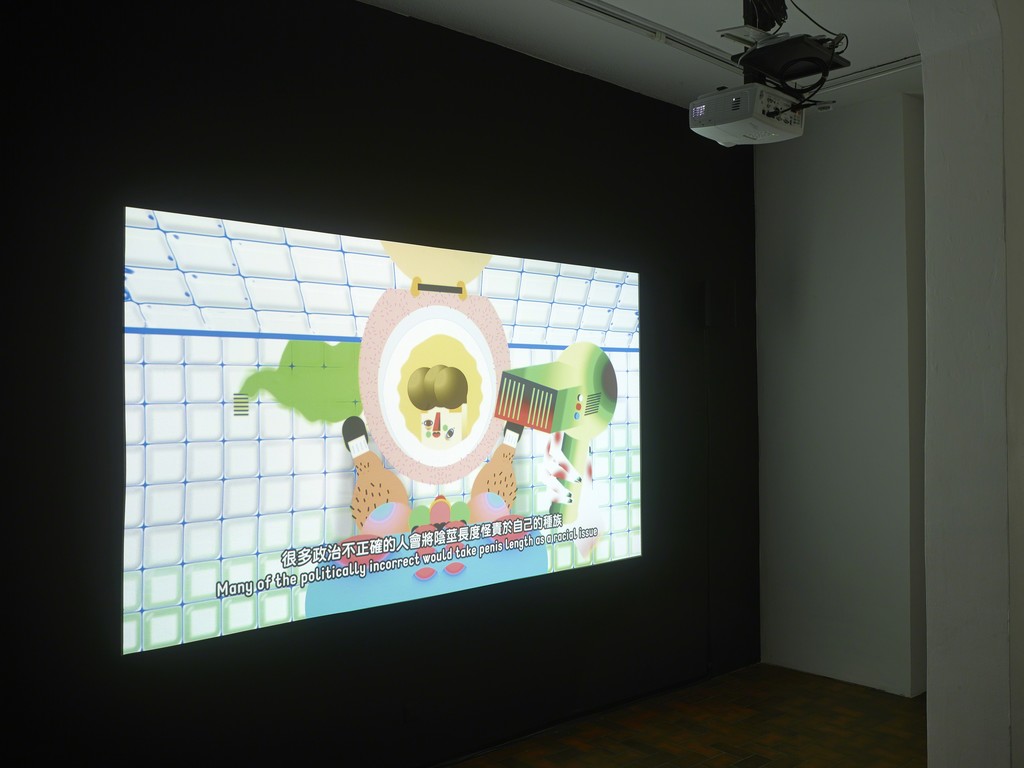 Gaudy colors, cartoon-like figures, tightly interwoven anecdotes—Wong Ping’s retro-pop fairy tales are not as harmless as they first appear. In his video animations, the artist exposes the darkest facets of a changing society. Embedded in atmospherically charged spaces and underscored with monologues of disarming honesty, his videos address themes of suppressed sexuality, interpersonal relationships, and political constraints using a pictorial language that abounds in black humor. In doing so, Wong Ping draws on impressions from his childhood and youth in Hong Kong.

The video animation’s title Who’s the Daddy is thus based on a Chinese nursery rhyme. Initially, its playful appearance also conveys a sense of infantility. Any hint of innocence is however counteracted by the dark, dystopian undertone of the narrative—a man recounts his humiliating experiences in a partnership. Through a dating app, he finds his “match” in a devoutly religious woman with whom he starts a relationship, only to find that he can draw satisfaction purely from his own submission. Powerless, he surrenders to her perverse sexual cravings and takes on the role of a single parent. The figure of the mother is epitomized as a lightbox (Mammy) in the space—the psychedelic, yet in its physical fragmentation disturbing portrayal of a mother with a child contradicts any traditional representation. While the baby is still attached by a blood-spattered umbilical cord, the mother is represented as a monster with straws sticking out of the nipples of her breasts. Both images are, as ever so often in Wong Ping's animations, highly bizarre and artificial.

One of Wong Ping’s recurrent themes is the control of natural processes, desires, and dreams. Who’s the Daddy does not only point to the guilt and shame that arise from the repression of innermost feelings, but also to the suffering that comes with it. And yet, his films are not mere dystopias. Their humor and honesty capture a deeply human dimension—even the most obnoxious yearnings, neuroses, and humiliations of his protagonists seem somewhat familiar. Compassion is triggered in us whenever his characters condemn themselves for the mistakes they have made.

Wong Ping was born in 1984 in Hong Kong, where he lives and works. His imagery is influenced by video games and media design, which he studied in Australia. He later worked at a local TV station in Hong Kong, simultaneously writing his first short stories, which he published on his blog and soon after released in the form of video animations. He has been releasing his work on YouTube since 2010.

Wong Ping’s work was first shown in the context of contemporary art at Edouard Malingue Gallery (Hong Kong, Shanghai) and at the M+ museum in Shanghai (2015). This was followed by group shows at the New Museum Triennial (2018) in New York and the Guggenheim Museum New York (2018). He received the Camden Arts Center Emerging Arts Prize at London Frieze Art Fair in 2018.