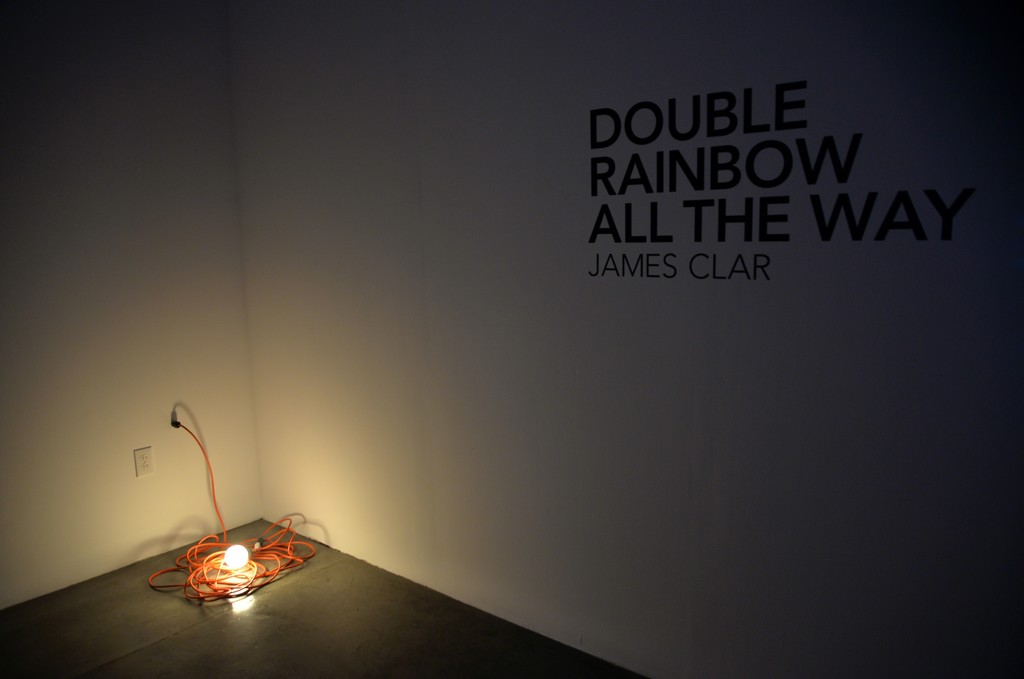 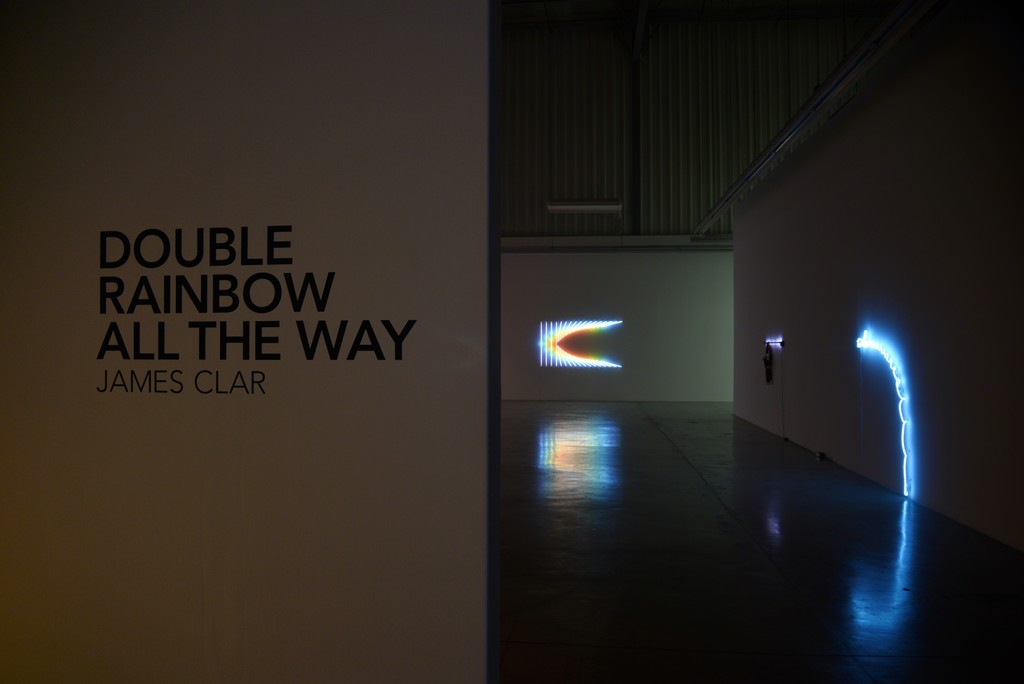 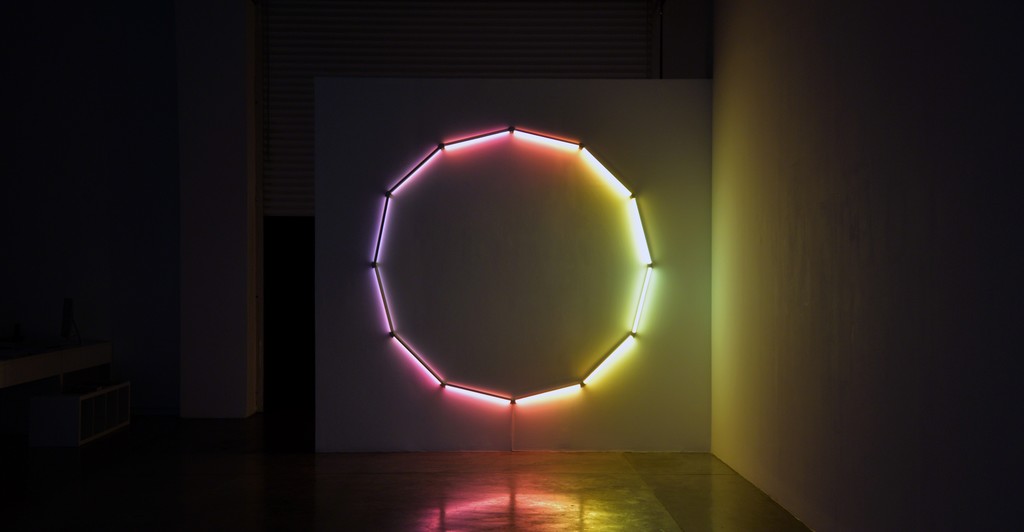 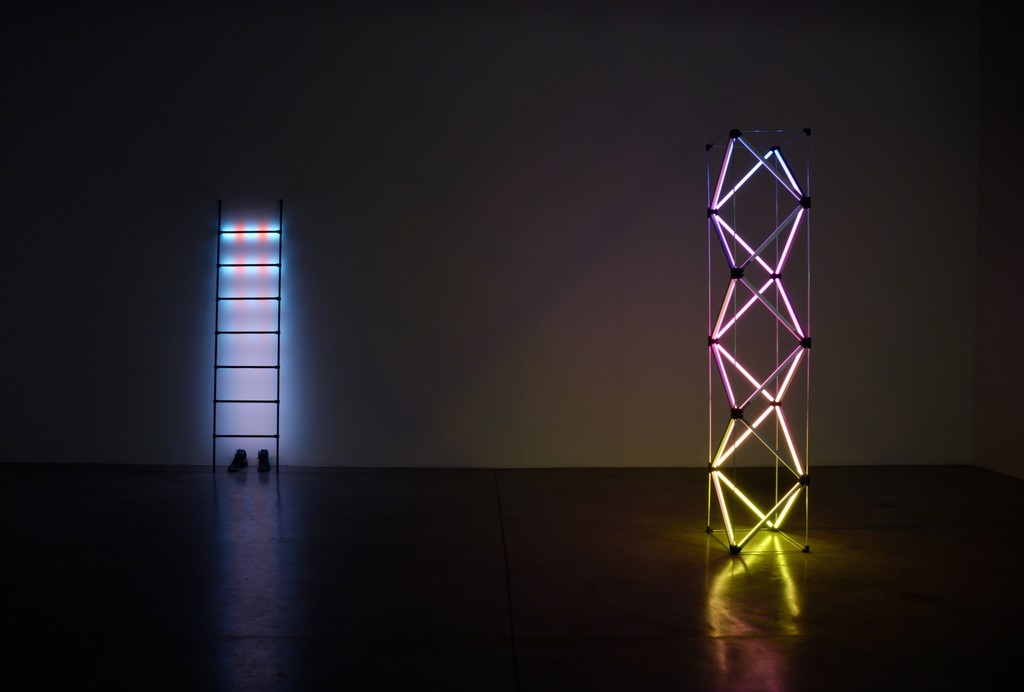 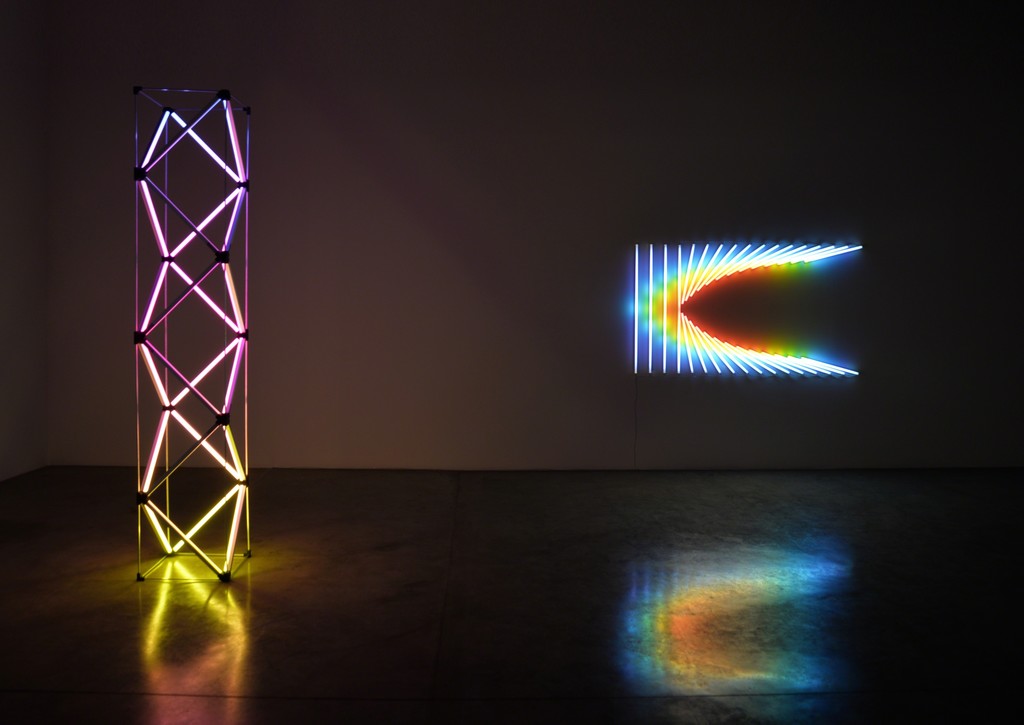 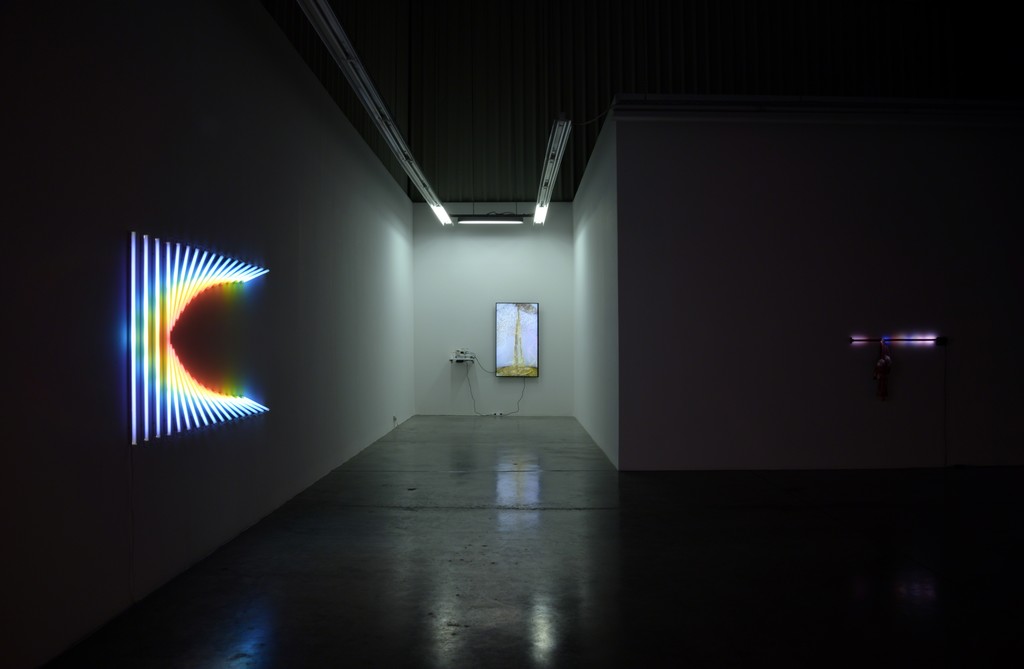 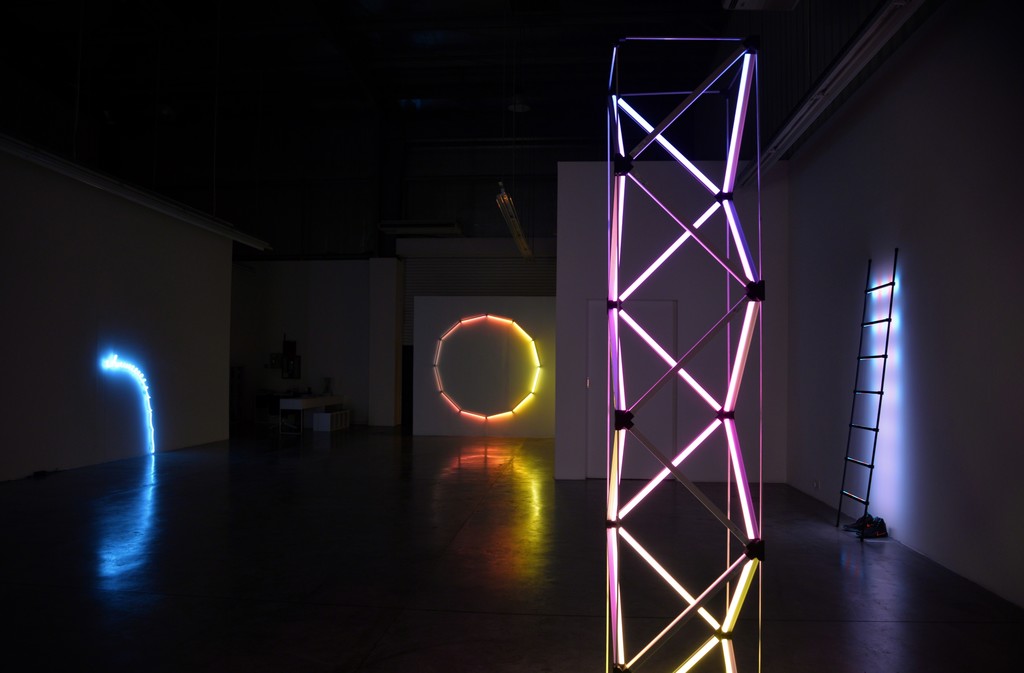 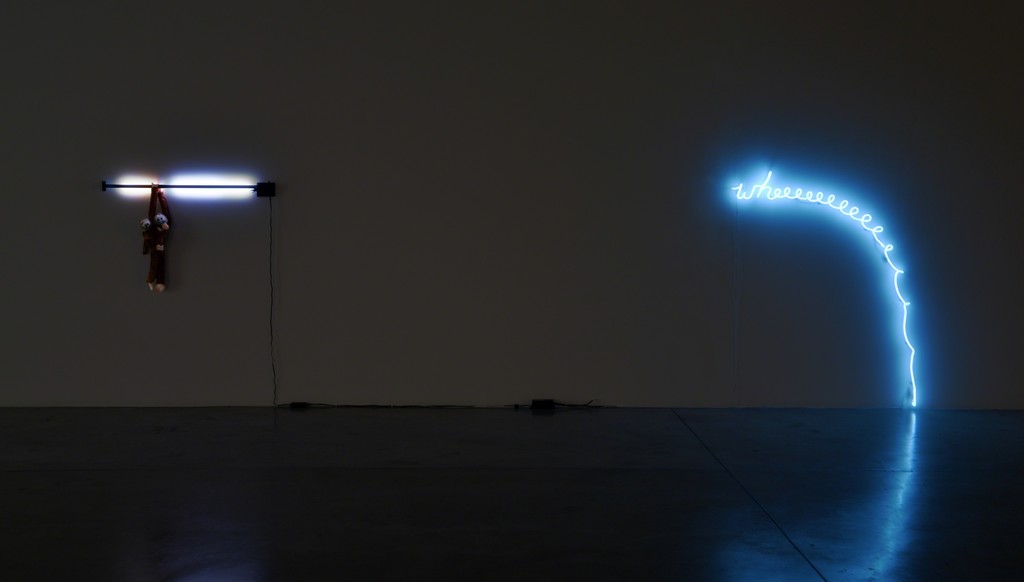 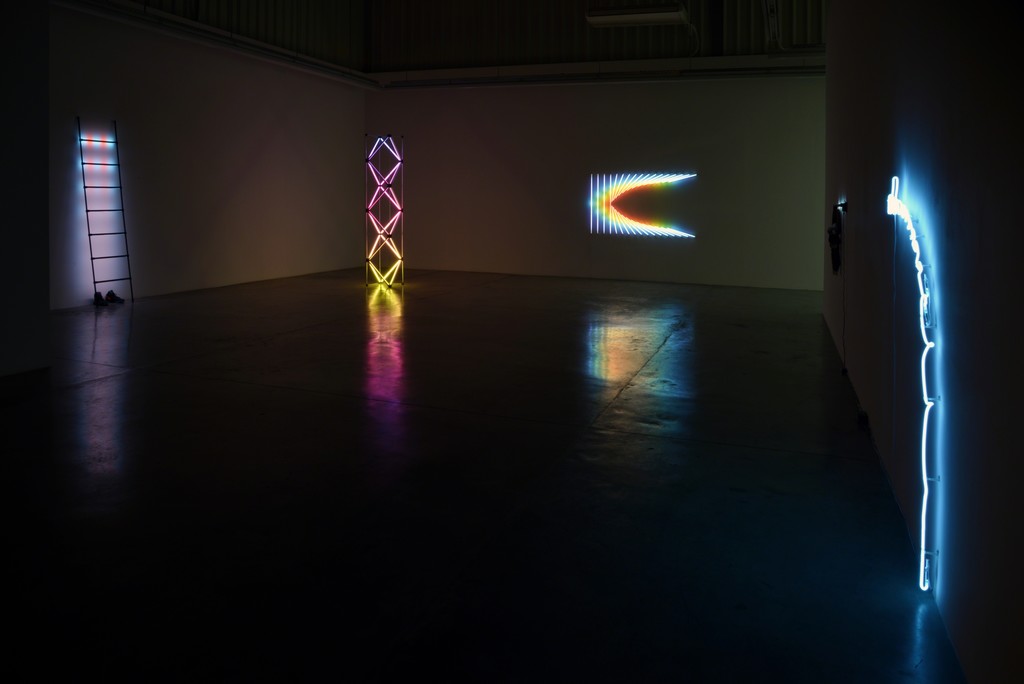 For his second solo exhibition at Carbon 12, media artist James Clar has created works that draw upon the increasingly blurred boundaries between the timeless digital world and the physical present one. Using both humor and a sense of wonder, the works in DOUBLE RAINBOW ALL THE WAY inspires a deeper questioning of technology’s influence on the nature of consciousness and our perceived shared reality.

The exhibition is named after a viral video* from 2010 made by a man recording a double rainbow that appears in the early hours of the morning. The video struck a chord online for its raw emotion and seeming absurdity, however it reflected a much deeper observation on the prevailing sense of eroded reality that has been brought about by social media, the internet, and technology. It describes our fascination and fear of technology, how it has altered our view of the physical world, and our desire to make sense of it all.

For the exhibition, Clar pulls on various conceptual threads that analyze media and technology in clever and unexpected ways, challenging our sense of time and reality. Many of the pieces disrupt established technological systems - 'Disconnected' (2014), features an electrical cable forcibly jammed into a wall that includes an electrical outlet. Connected to the cable is a lightbulb, that strangely, is lit.

In 'Horizontal Force' (2015), the invisible forces of heat and motion are visualized while the physical object itself is rendered unseen. The piece freezes the movement of a bullet slicing through molecules of air, its thermal energy preceding it and visualized through lights, altering our sense of matter and duration.