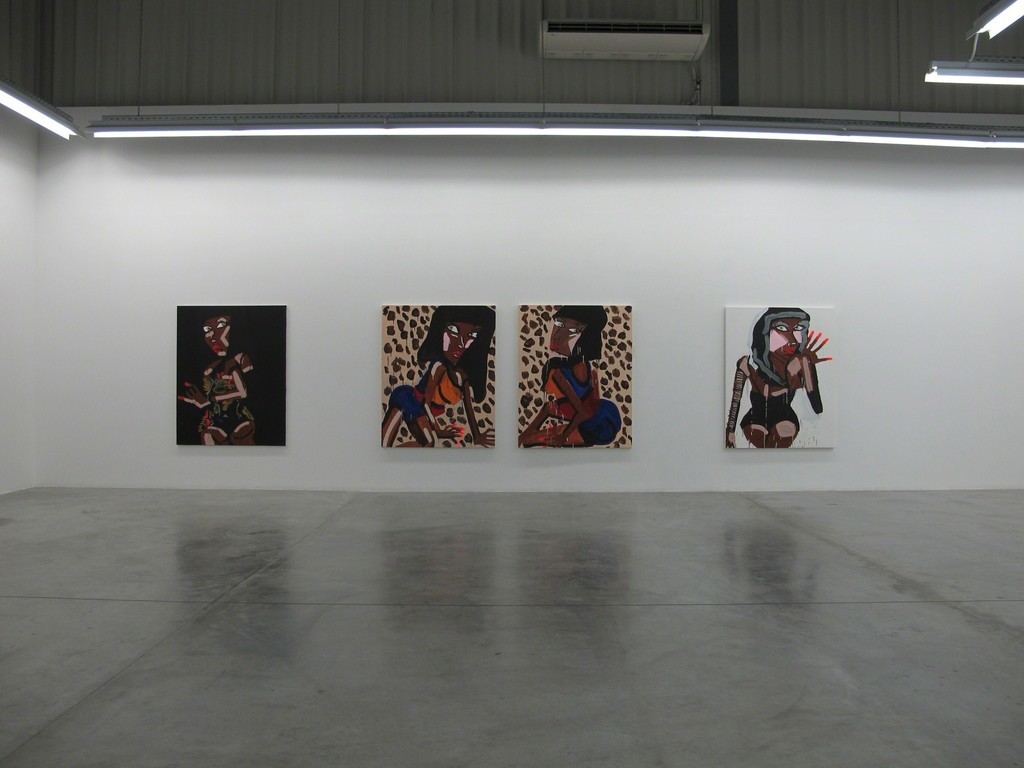 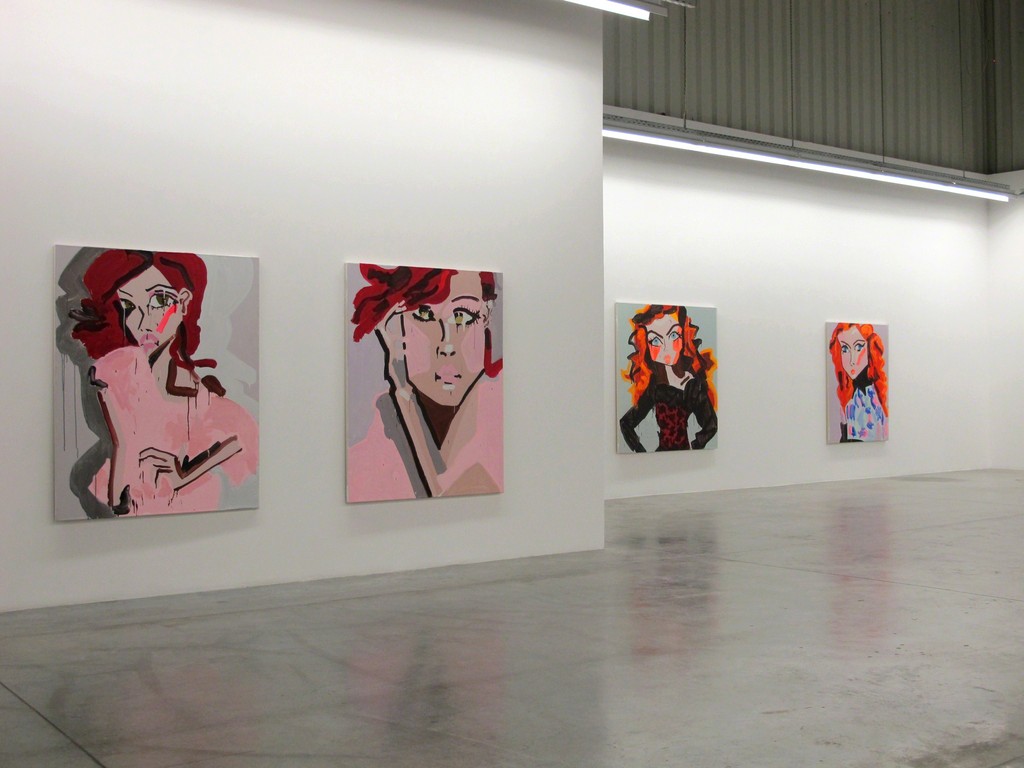 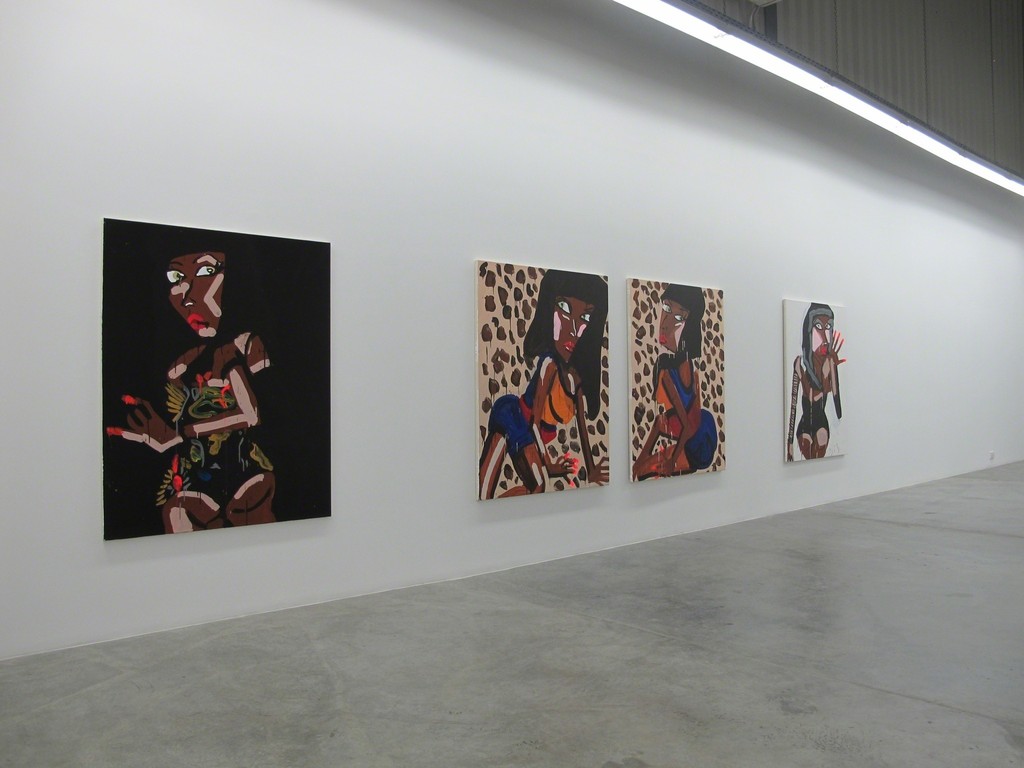 Carbon 12 proudly presents the second solo exhibition of Katherine Bernhardt. It was clear from the beginning that an artist, with an output like Bernhardt’s, simply works in other dimensions. She therefore needs to go at a different pace in terms of exhibition, because the subject is the topic, the medium is the message, appearing in two very different styles. But in reality they’re tightly connected: painting in its purest form, working as mirrors and prisms, reflections from the abyss, glimpses of the carnival. The style is still ultra-fast and super-furious, never slowing down, dashing forward all the time, crossing conventions, deconstructing, reconstructing. Models, watches, and henna: uber-beauty and glamour, the pulsating rhythm of consumerism, ephemeral states of fragile entities. Actresses and singers, rappers and models, ultra-western ideas of beauty presented in opposition to the North African tradition of henna, as seen in her new series, either applied directly on raw canvas, or with paint on gessoed canvas. After extensive research trips to Morocco and Egypt, Bernhardt conceived her very own version of the “Birth of Venus”, the ritualistic reality of Venus giving birth to Atlas. Still Bernhardt’s brush works like a shovel, mercilessly unearthing layer after layer only to fill it up, till the treasure is found, and covering it up. Wet paint are her only traces. Willful suspension of disbelief, masks of sanity, mergers and acquisitions, prêt-à-porter. Starlight, star-bright, losing your Marc Jacobs glasses in a valley of roses. The oeuvre of Bernhardt circles around the basic principles of human existence, life’s fugacity, individuality, like sands through the hourglass, swords of Damocles all around: ancient wisdom meets pop culture. Colorful patterns and pastels, like the leaves reflecting the seasons. Rites of Passage: Summer, Autumn, Winter, Spring… and Spring.