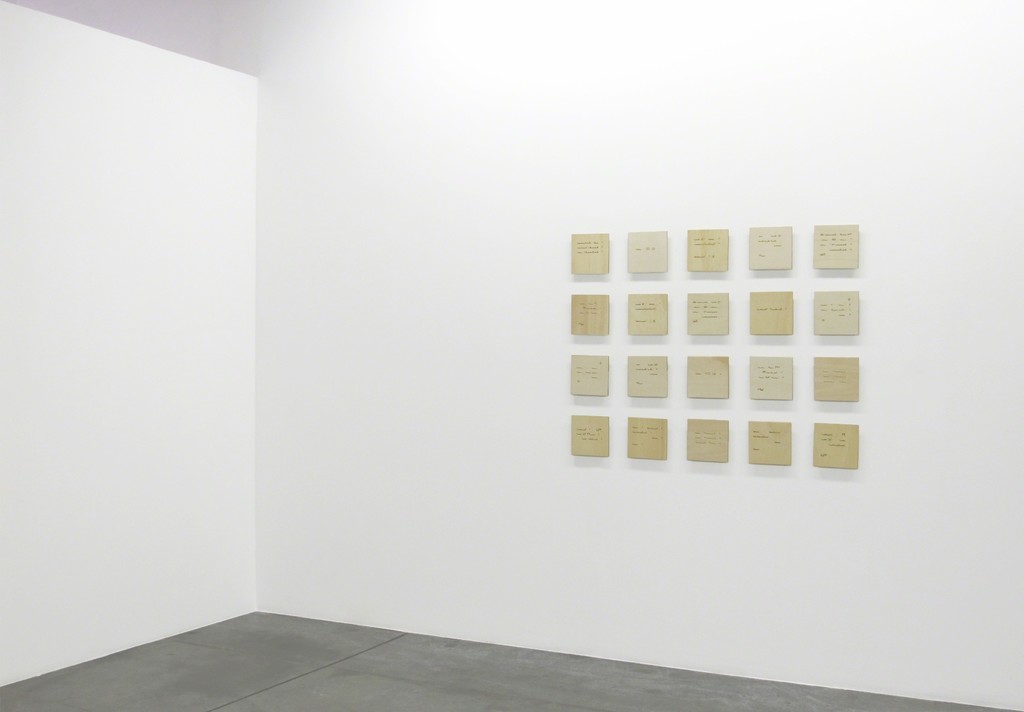 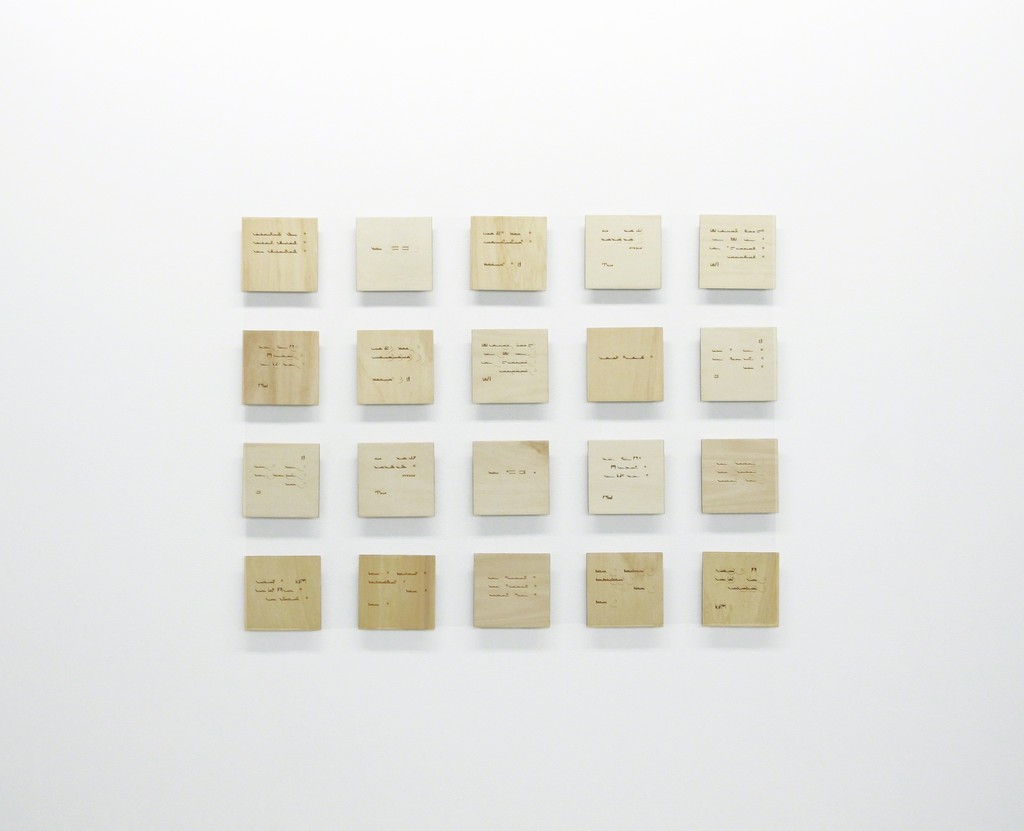 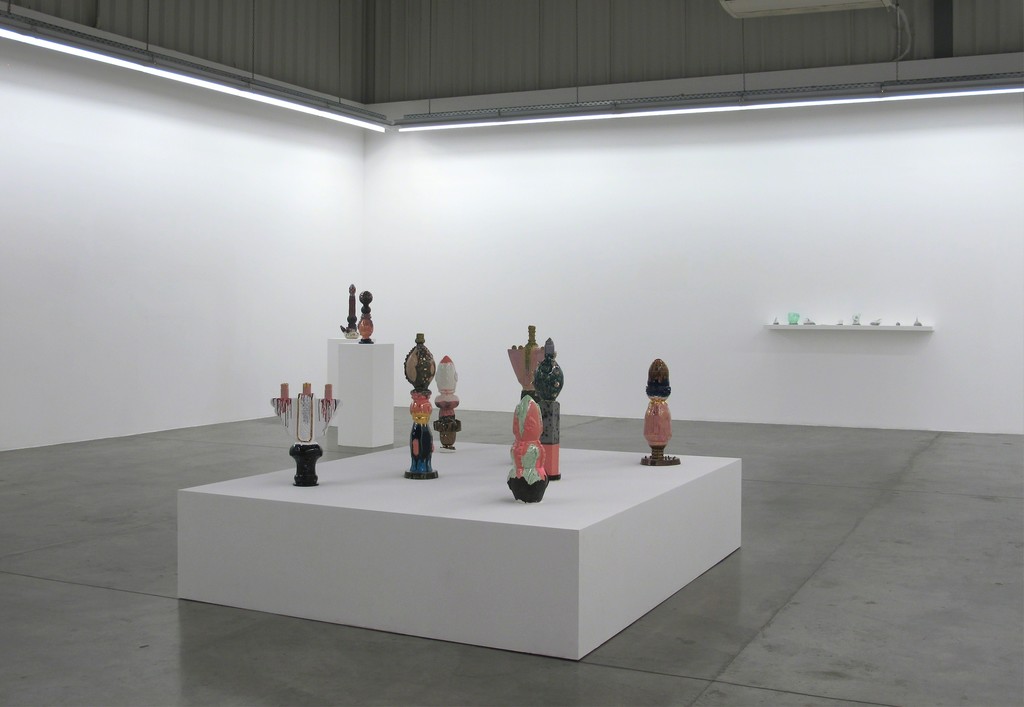 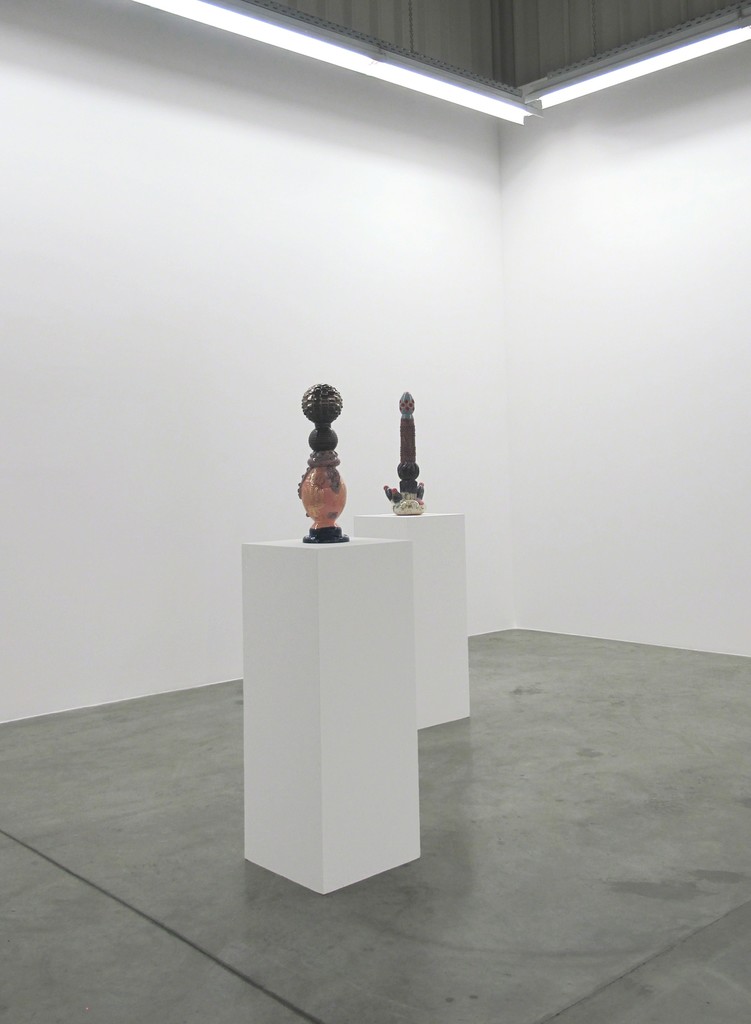 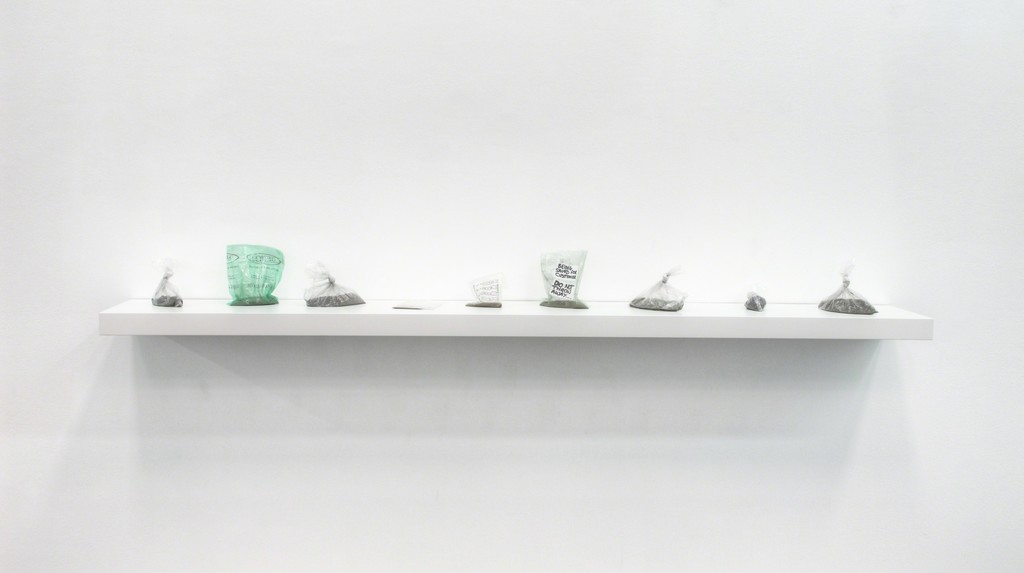 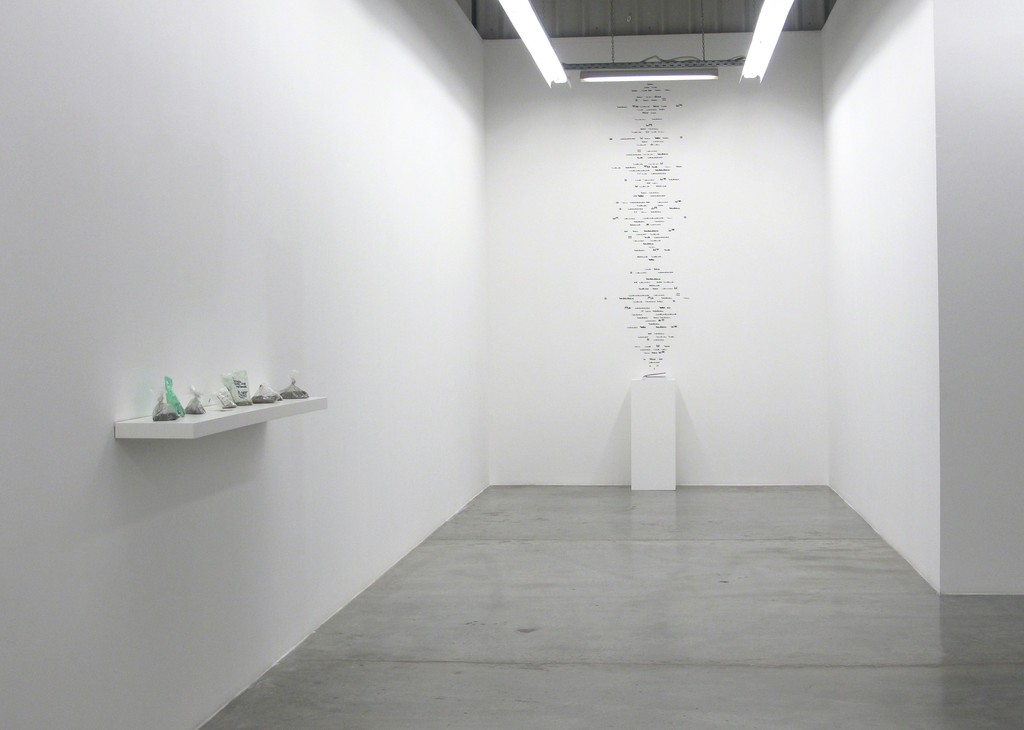 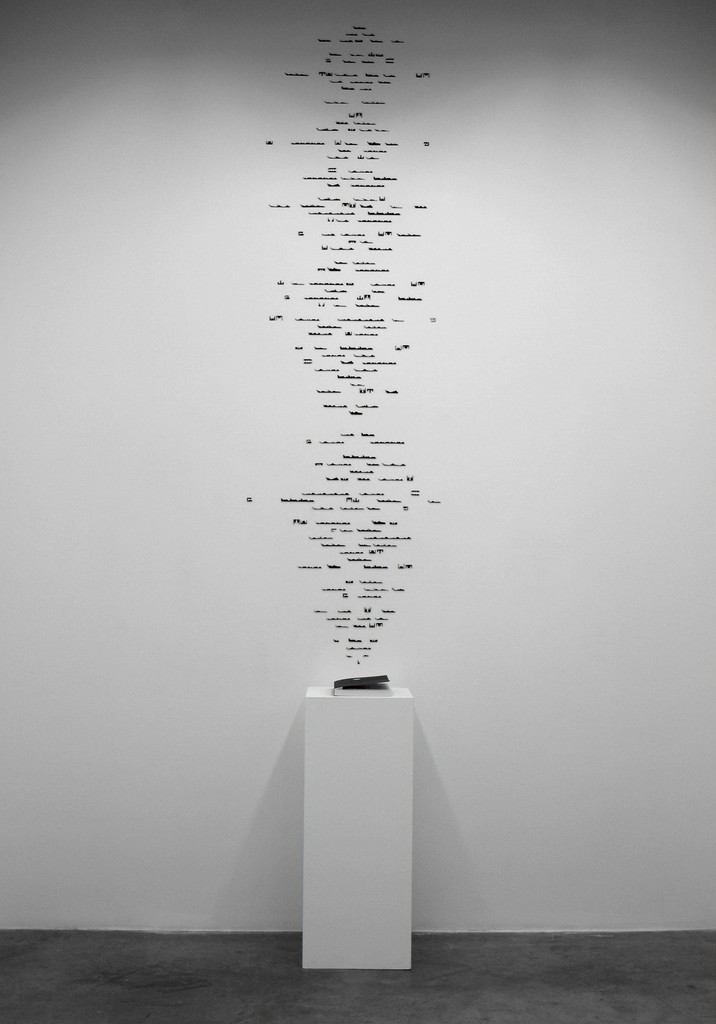 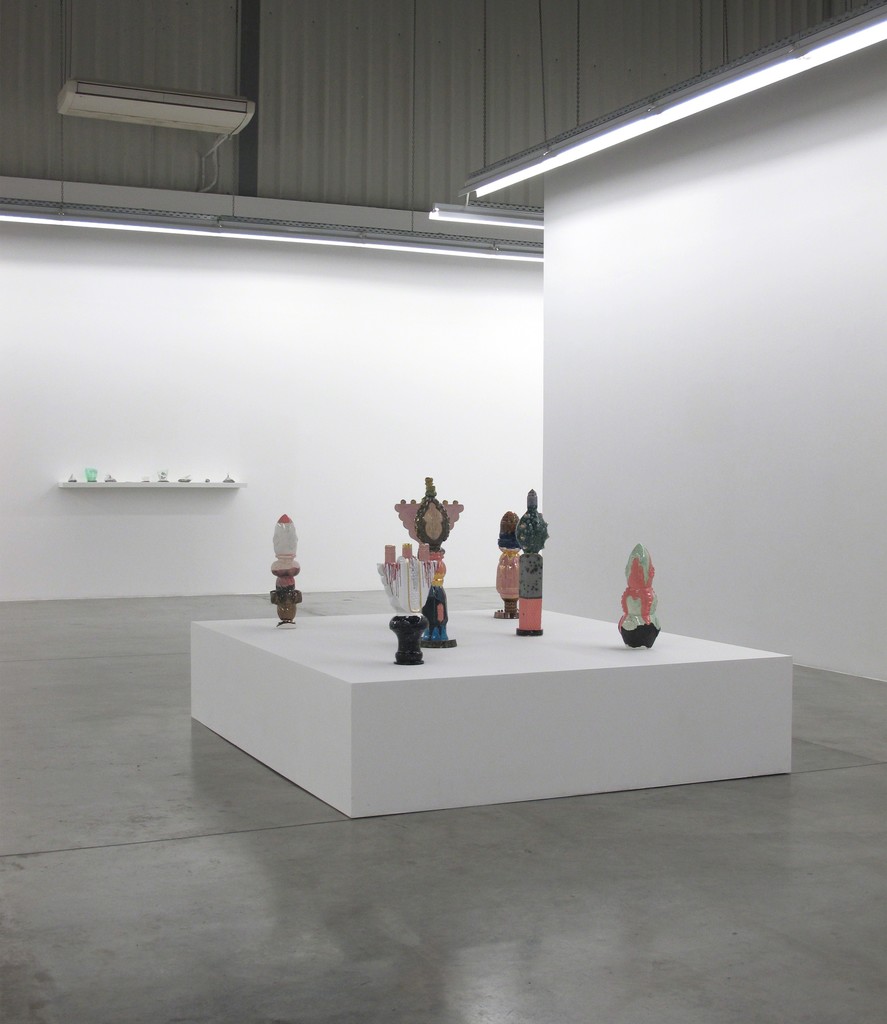 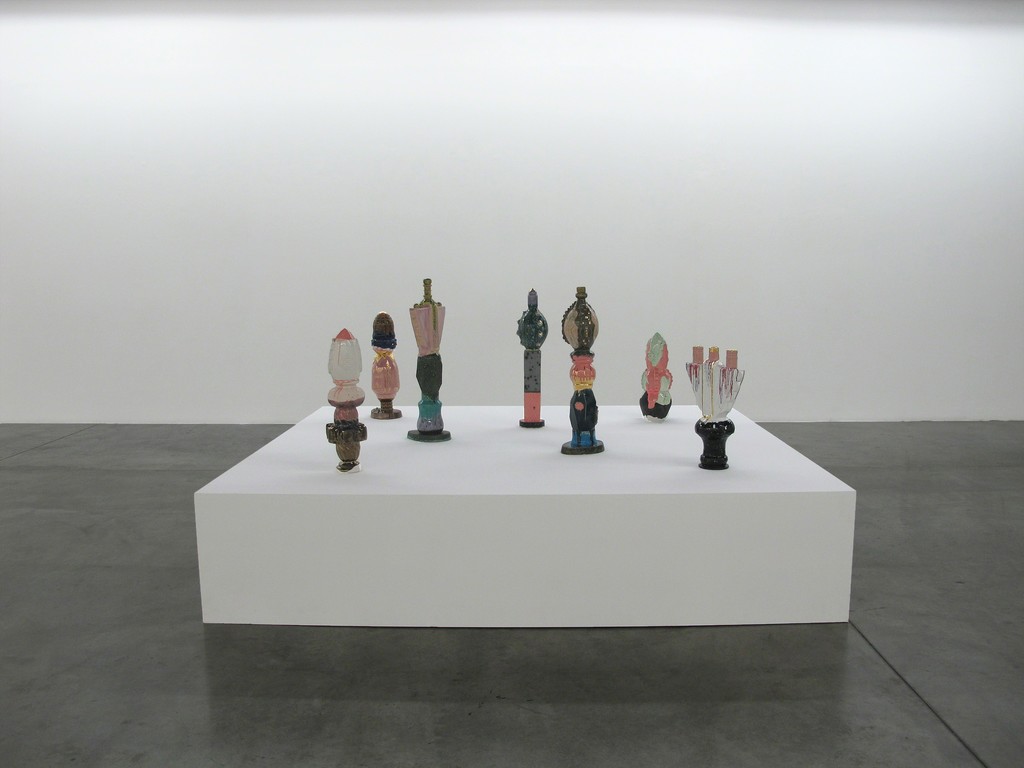 Imagine a mute language. Picture texts that cannot be read—sequences of word-like non-words that confound you in the reading, taunt you to decode them. Stride back from these bewildering scripts and your step encounters a carpet, yet another tangle of patterns and codes that has long been at the fulcrum of deciphering gazes. Sculptures spring from this woven geometry—shiny, multi-dimensional translations of the flattened shapes, pieced together by a peculiarly visceral grammar.
In Visceral Silence, two artists invest the Carbon 12 gallery space with their distinctly different practices yet raise common questions about language and composition. Beirut-based Lebanese artist Christine Kettaneh (b. 1982) presents a trio of works around keys, this symbol of ownership and possession, of exclusion and separation. Her Mute Melodies (2013) is a series of laser engravings on plywood, each tracing the contours of keys belonging to the artist’s friends, outlining the pieces that go missing when the key is cut. Each shape echoes a unique melody we cannot hear—as the key fits into a lock, it is precisely this negative space that is activated in the key/lock embrace. Laid out across the plywood squares, the teeth contours constitute a language as mute as the melody of the key itself. Nearby, a shelf punctuated with bags of metal filings—collected from London key-cutters—is yet another materialization of the negative space of the key. In the book work Time Cutting Time (2013), a text written by the artist takes a key-like shape, engaging the viewer in the very act of cutting evoked across the three works.
Translation, quotation and the syntax of composition are at the heart of Berlin-based Austrian artist Monika Grabuschnigg’s (b. 1987) Relics Collection (2015). The sculptures riff off Afghan War Rugs—carpets into which were woven imagery of warfare, from grenades to rockets, during 1980s Soviet occupation of Afghanistan. A craft-based reflection of the reigning geopolitical turmoil, the rugs became valuable, hype-driven commodities, eventually landing in the art market 20 years later. The sculptures, far from a literal translation of the imagery in the rugs, are busy, opulent, almost saccharine in their colors, enticing the viewer into twirls of seduction and violence. Fleshy shapes, echoes of weaponry, pop cultural allusions and decorative motifs are pieced together following a particular grammar, forming fetish-worthy statues that gleam in sugary glazes of blue, pink and gold. Poised like a forest of stately Hapsburgian trophies, the works nonetheless pack an acid, critical sting, stabbing at our fetish-driven consumer society, cultural voyeurism and the link between artwork and consumer commodity.
Do the key teeth curves of Kettaneh’s minimalist Mute Melodies dialogue with the fleshy contours of Grabuschnigg’s Relics? Do the garrulous sculptures converse with the restraint of a line-up of filing-filled plastic bags? Perhaps. But both Kettaneh and Grabuschnigg’s practices are marked by a deep concern for the language inherent in every artwork and make us conscious of the very act of reading art.

Monika Grabuschnigg holds a MA in Fine Art from the Academy of Fine Arts Vienna, Austria (2011) and the Bezalel Academy of Arts and Design, Jerusalem (2009). Grabuschnigg lives and works in Berlin.