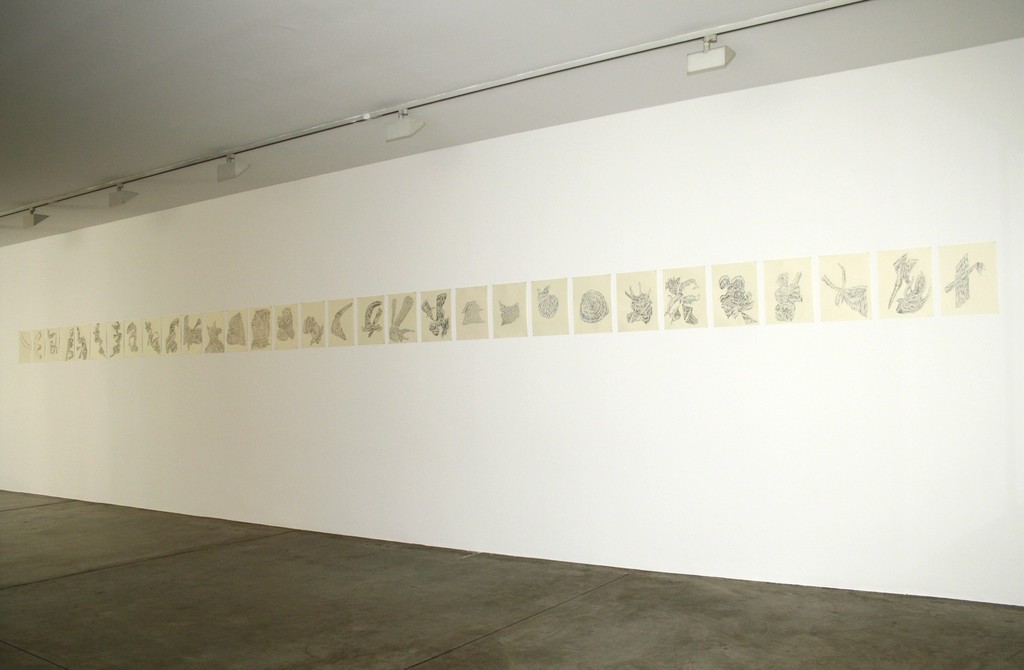 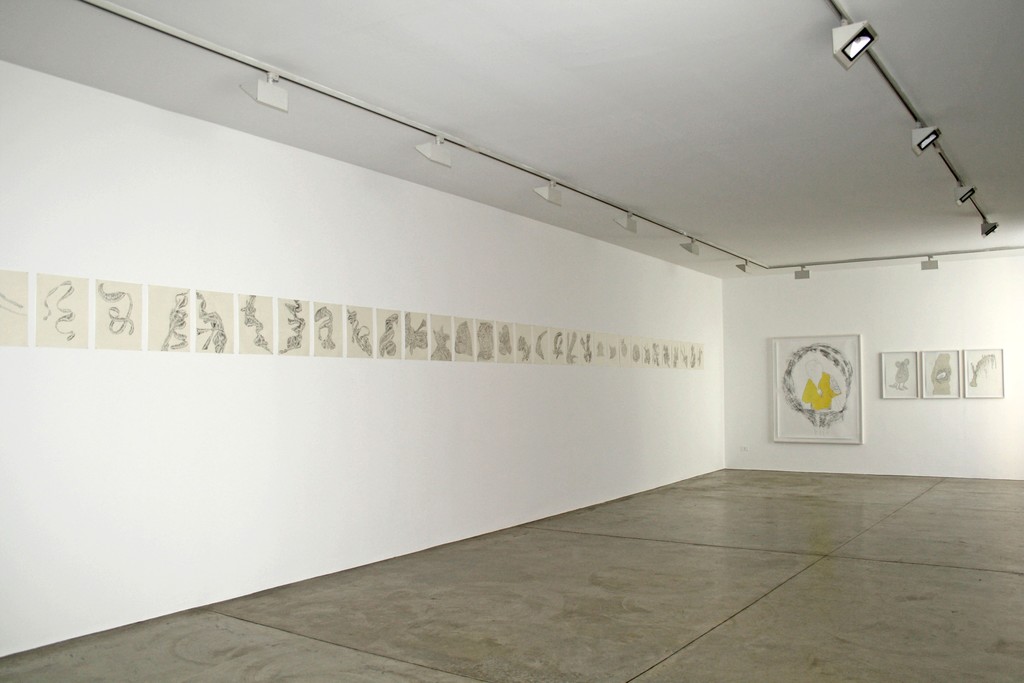 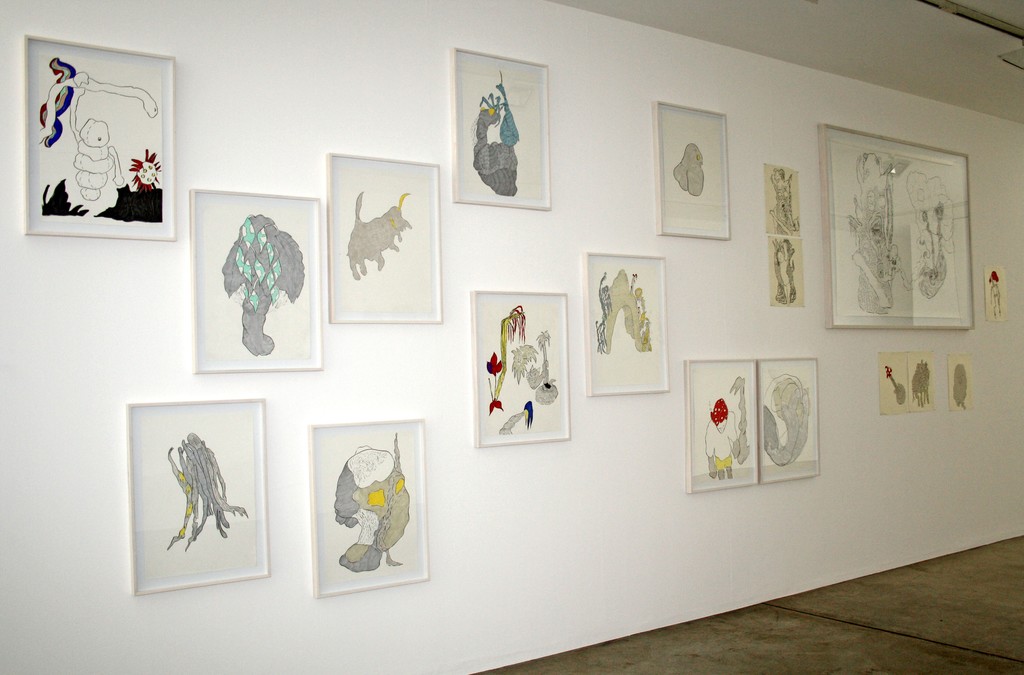 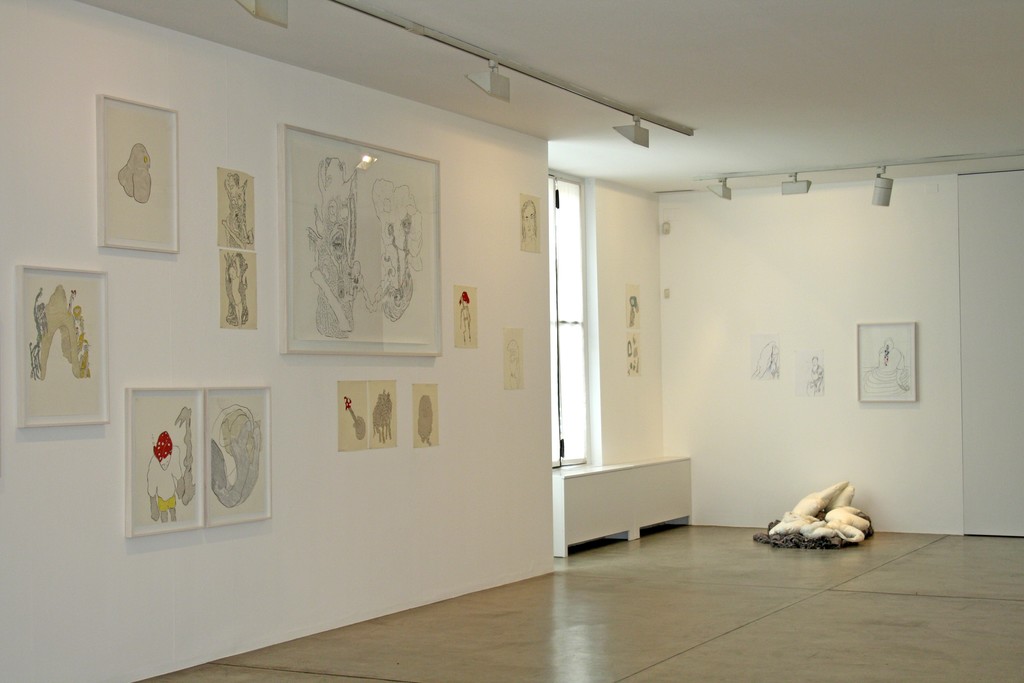 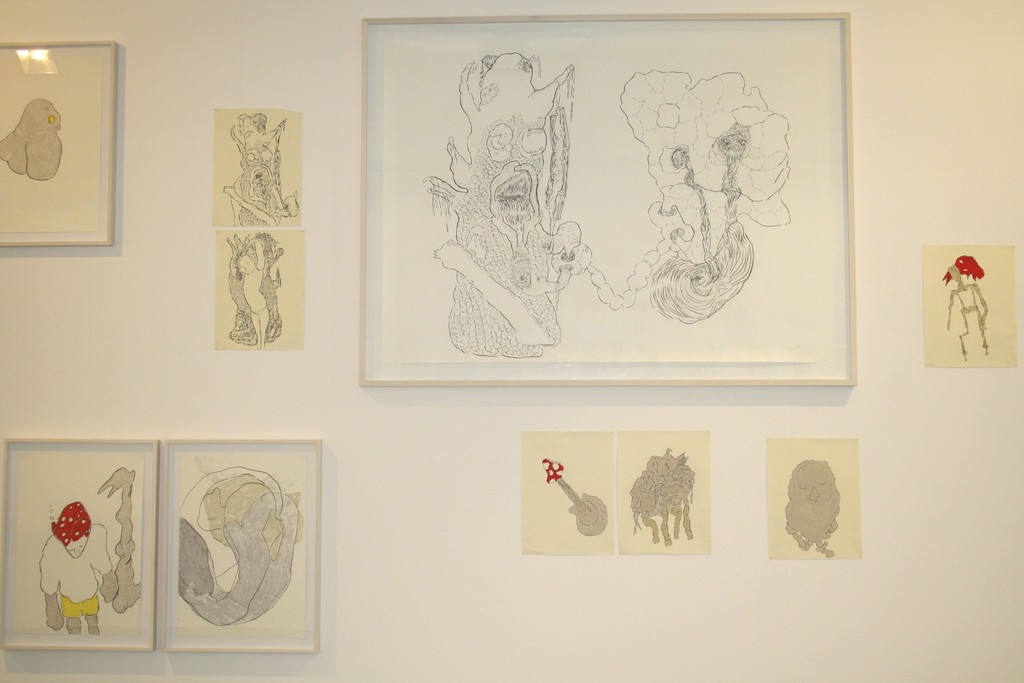 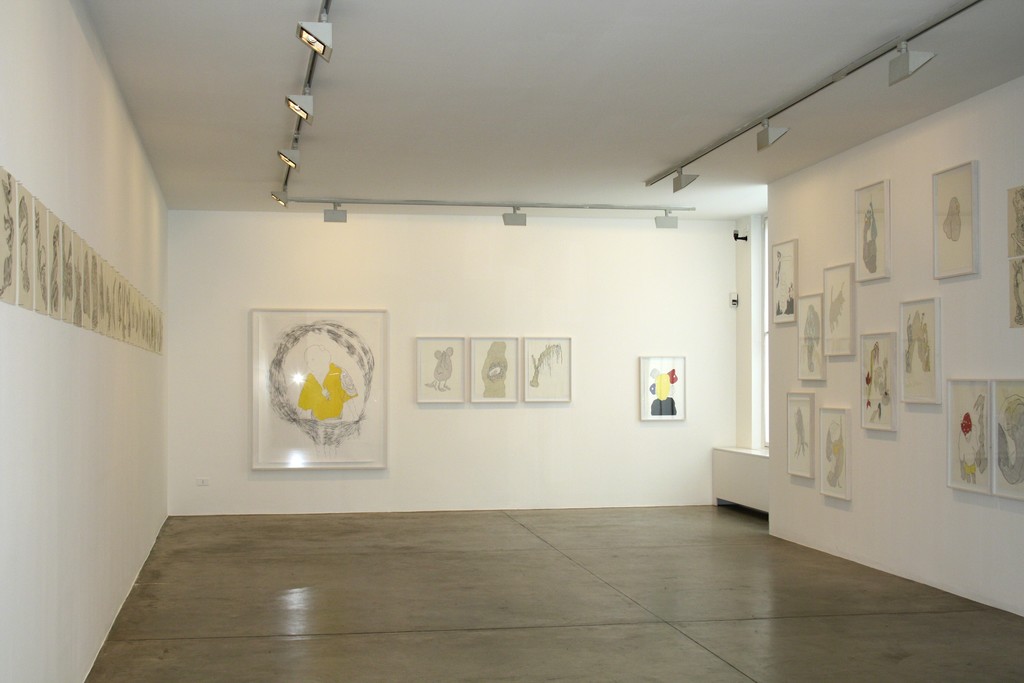 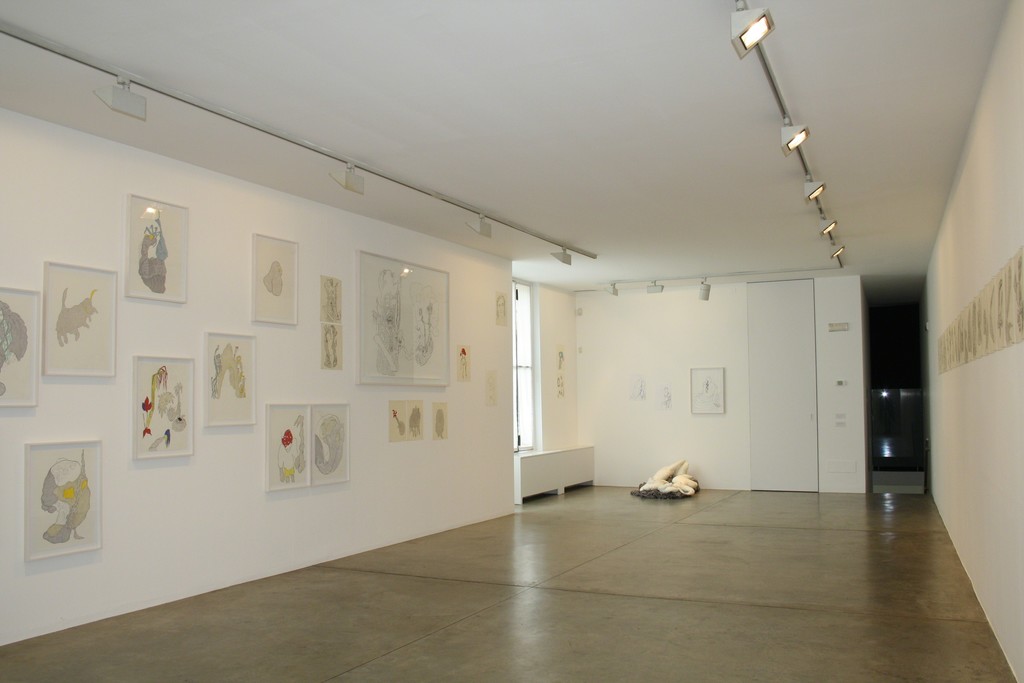 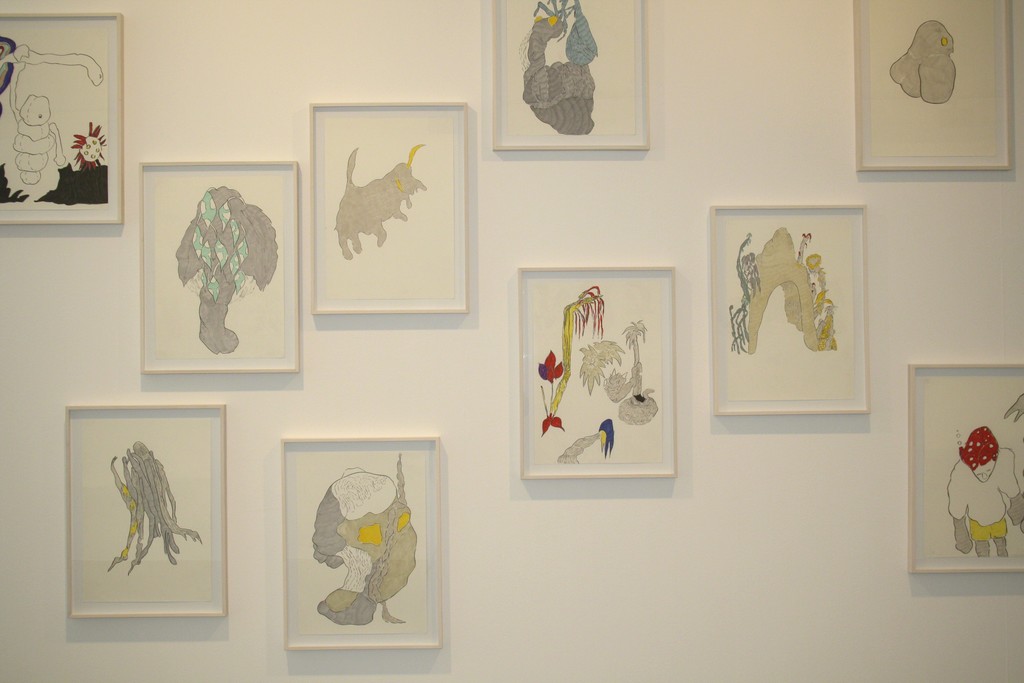 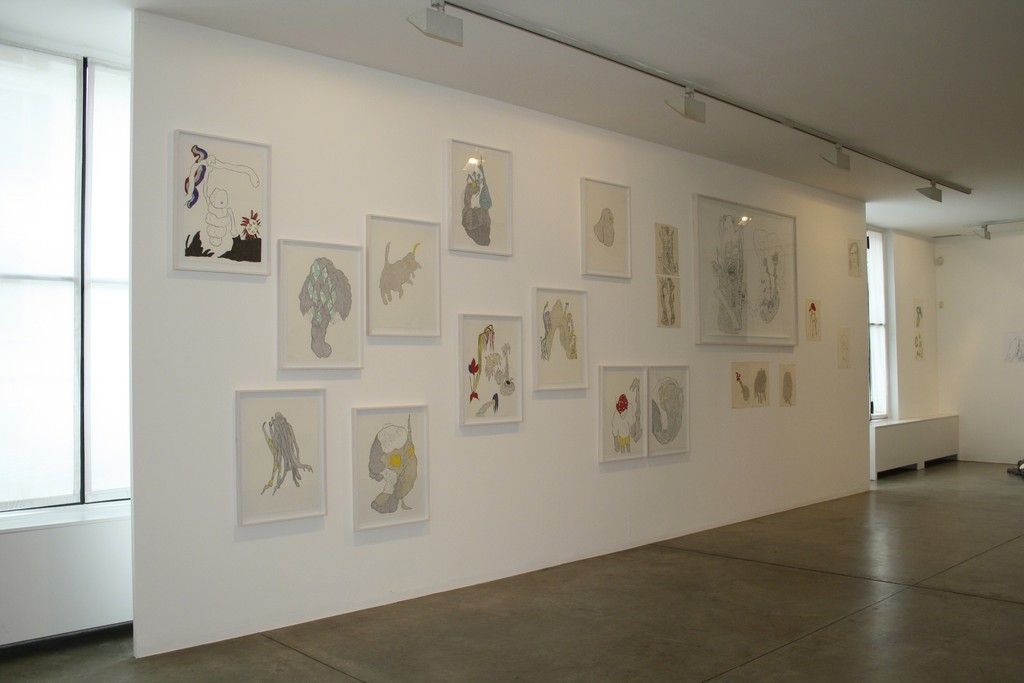 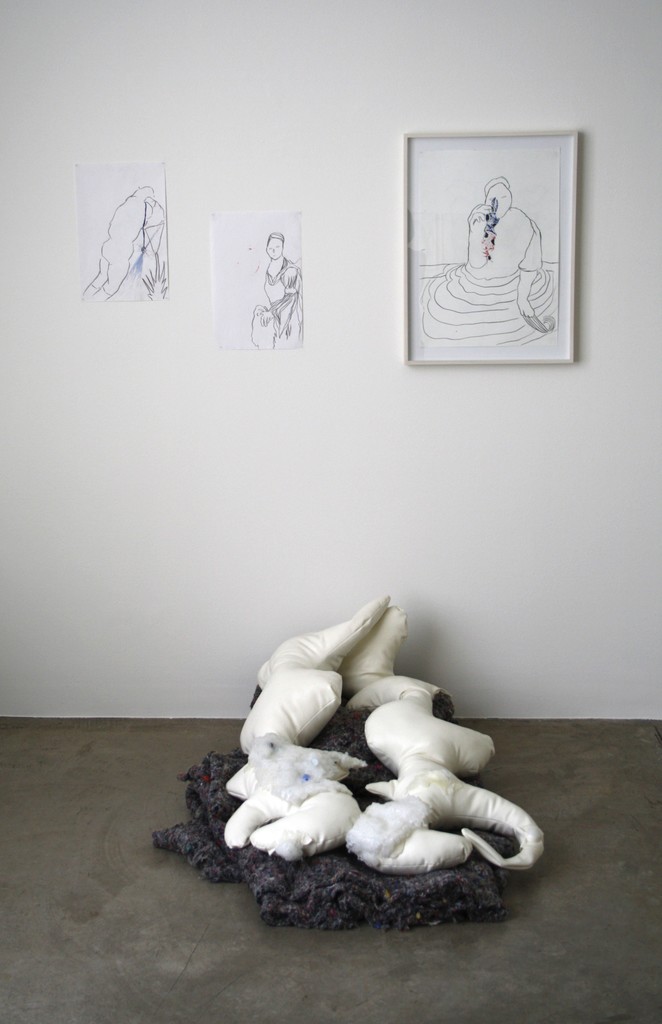 The show: “Triple Sun” by Carola Bonfili.
Text by Art At Work

Carola Bonfili, talented young artist who lives between Rome and New York, conceives her artistic practice as an articulate process that emotionally seduces the public through memories and images that seem to spring out of our unconscious, ‘from a space in my memory that I don’t have any control on, possibly influenced by specific situations’, says the artist. Her work uses video, photography, installation, sculpture and drawing as a way of controlling and distilling images through a series of meticulous and precise interventions. Her artistic research develops around the rules that determine vision and perception, yet questions the way in which we perceive reality. Specifically the multiple series of drawings, diverging in style and format, seem to communicate a sense of instability, which becomes subtly disturbing, which involves the public by disturbing its perceptions through the constant dialectical representation of absence and presence. Her work, presented for the first time in Milano, portrays the world, by transforming it through unexpected details, which are nonetheless absolutely realistic.

Triple Sun is a drawings’ show, which focuses the ambiguity of our visual perceptions.
The title derives from an optical phenomenon, often mystically interpreted, in which looking at the sun’s “paraelium”, the luminous halo surrounding it, one deceptively sees three suns overlapping. This exhibition plunges the spectator into an abstract space, in which forms and everyday objects create a mysterious, fascinating and dreamlike universe, in which the disjunction between reality and imagination becomes imperceptible.
The multiplicity of large and small pantone drawings transform the gallery in an unexpected space, in which impressions and intuitions prevail on what is visible through bizarre transpositions. Bonfili’s images achieve the effect of both revealing and hiding the world: the work activates in each spectator a series of emotions and interpretations, which are intrinsically linked to their personal unconscious. The realm of the fantastic paired to a new reading of reality, allows illusion and visibility to create an invisible yet inextricable thread.