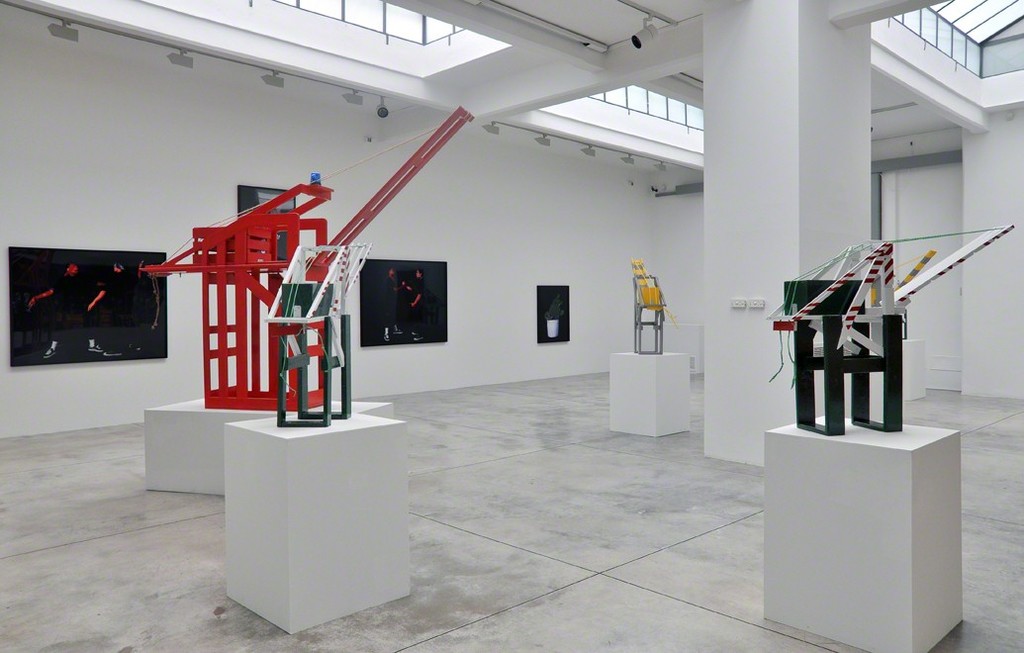 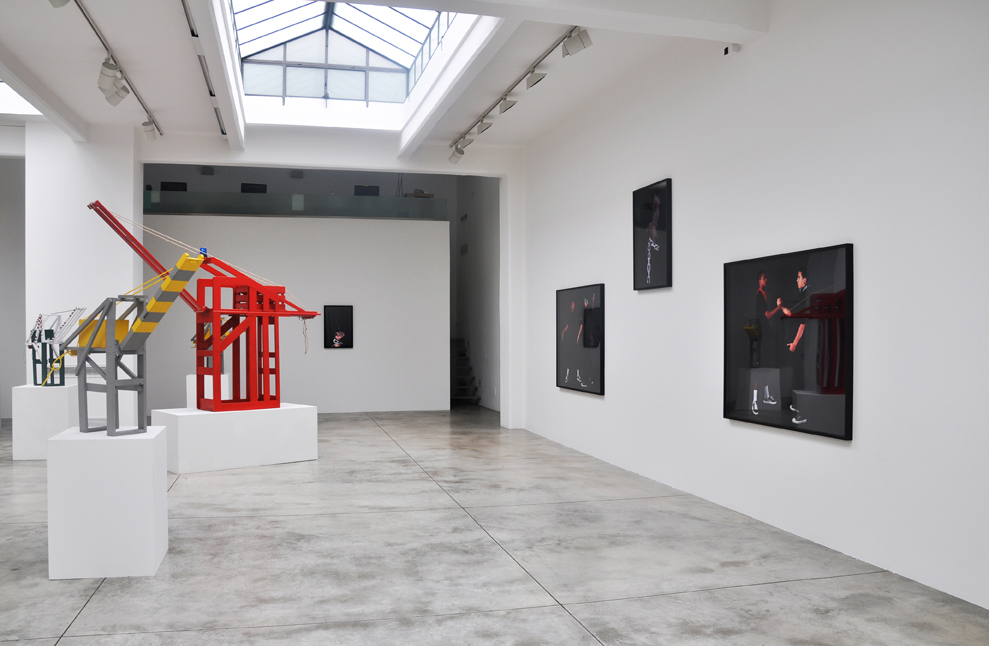 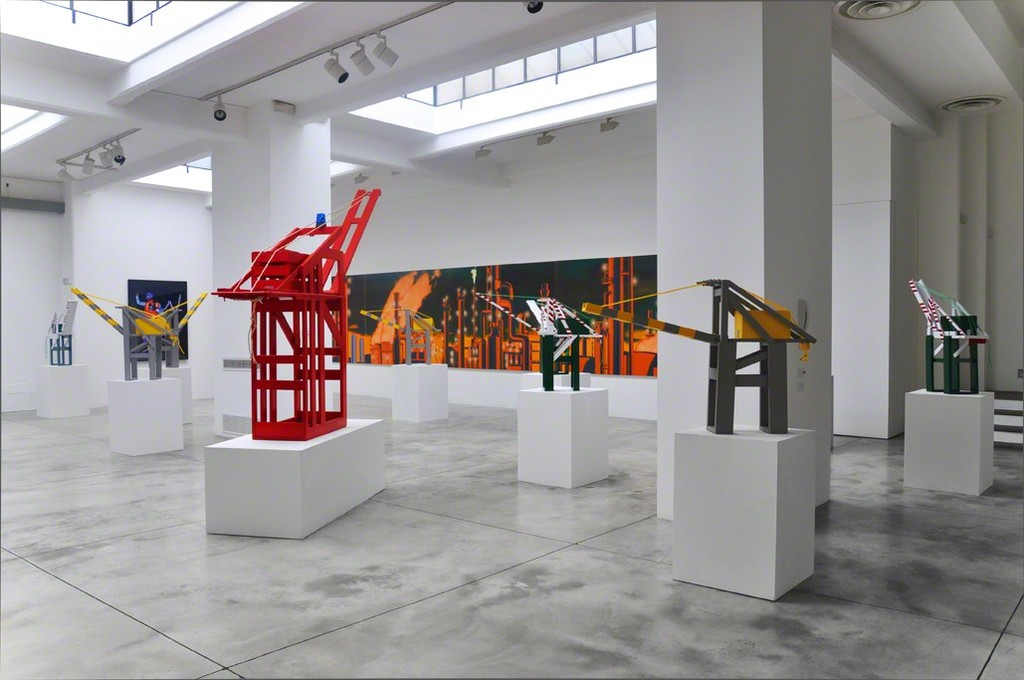 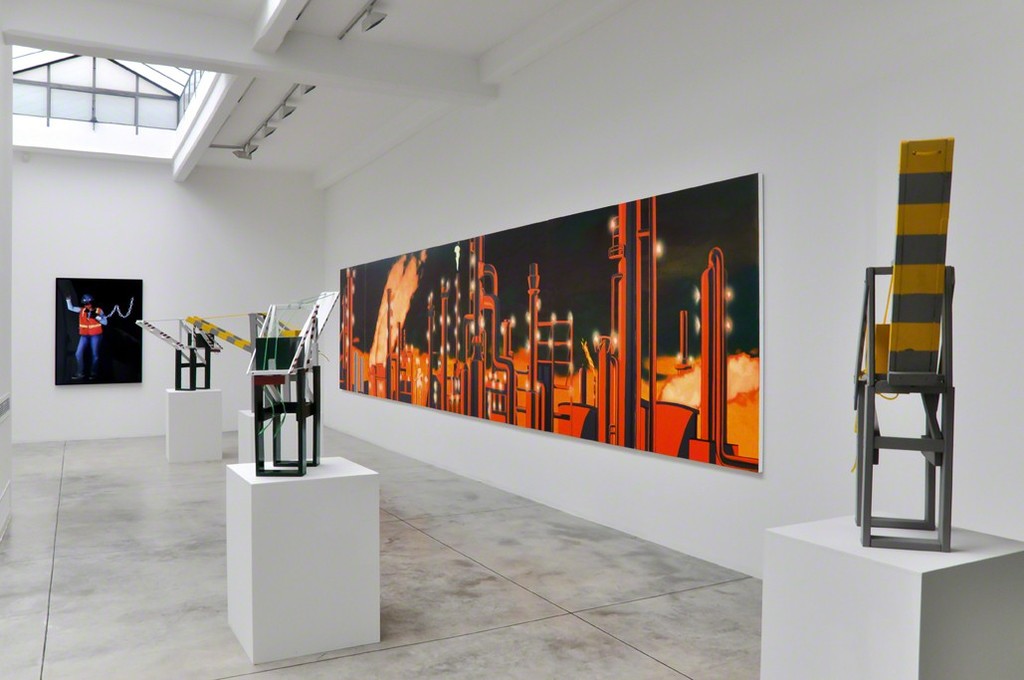 Mario Ybarra is a versatile artist: performer, designer, sculptor, painter and activist, capable of merging street culture with art history to produce “a from of contemporary art filtrated by his Los Angeles experience as an American of Mexican origin.” Ybarra, in fact, belongs to a generation of artists of Mexican origin who play and mock stereotypes and prejudices tied to their identity.
Constant source of inspiration for Ybarra’s installations is the rich and complex culture of South California in which a heterogeneous mix of inhabitants, ethnic groups and an articulated post-colonial history, blend with a unique rap and street culture. Through his interventions, the artist unveils unknown aspects of ‘latino’ cultural history (term used to tag the communities originating from centre and South America), appropriating pop images as well as multi-cultal ones. Like the installation Sweeney Tate, presented at Tate Modern in 2007; the re-creation on a 1:1 scale of a barber shop, equipped with mirrors, checked floors, barber armchairs, varied furnishings and white, red and blue striped decorations, which Ybarra animated through a fantastic haircutting challenge amongst barbers of different nationalities.
The exhibition Wilmington Good is structured as an informal portrait of his neighbourhood, Wilmington. The title is taken from a shut down second-hand car dealer close by the artist’s home, and plays with the fact that there is nothing exceedingly good about a place intoxicated by refineries and invaded by dockyards.
Ybarra creates in the exhibition space a three-dimensional landscape in which ten cranes of different sizes and colours are disseminated; the sculptures resemble huge toys for children and seem to bring to life the city’s skyline as seen from the dockyards. Created with discarded materials (parts of cheap furniture imported from China, via the Los Angeles port), these cranes become fragile scaffolds, small-scale models capable of reversing the relationship between man and machine. A large painting becomes the background, offering a night vision of a refinery that ceaselessly discharges smoke from its chimneys. Smoky City represents a monstrous future city, Blade Runner style, in which there is no trace of human being.
The citizens of Wilmington appear in six monumental photographs; these images on a black background are structured like tableau vivants that ironically represent the historical conflicts and the emancipation of dockworkers. Drawn from a famous murales realised in the ‘70’s at Wilmington, these photographs transpose the conflicts of the Latin community to today. Ybarra transforms the class struggle into a gang fight, showing two blindfolded young men that fight with a knife and then make peace, shaking hands. The eagle, symbol of American freedom, which, in the murales brakes the chains freeing the labourers, in the photographs is trapped by the chains; similarly the artist’s mother, working in the Los Angeles dock, the biggest cargo dock of the United States, is depicted as being relentlessly enchained to her job. This exhibition as a whole can’t be reduced to an autobiographical narrative as it goes beyond national and ethnic specificities, talking, with powerful irony about global issues.