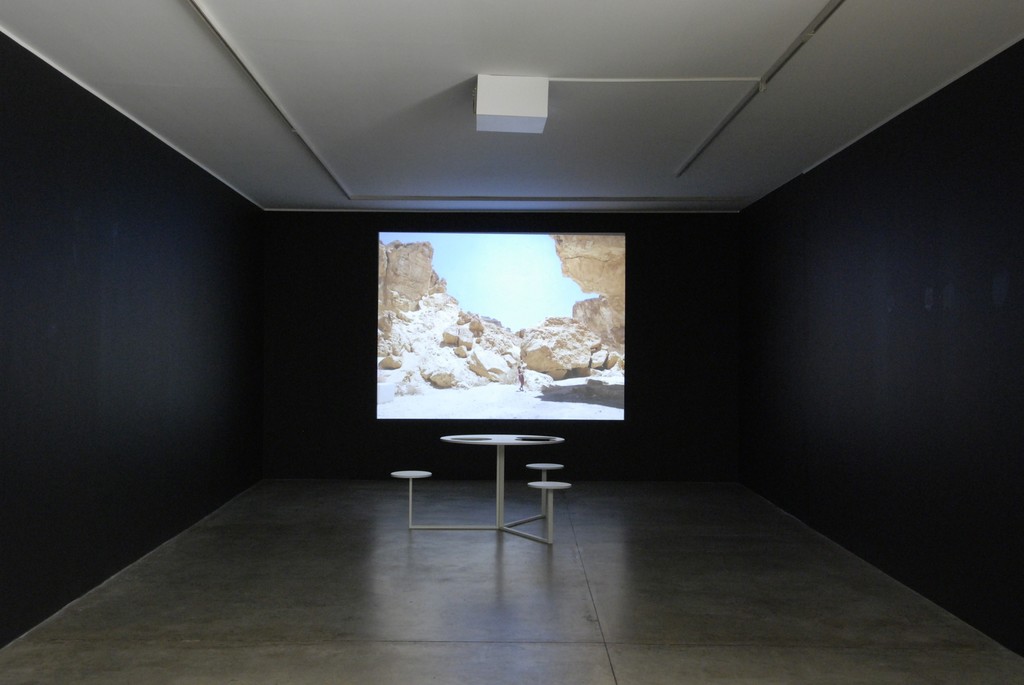 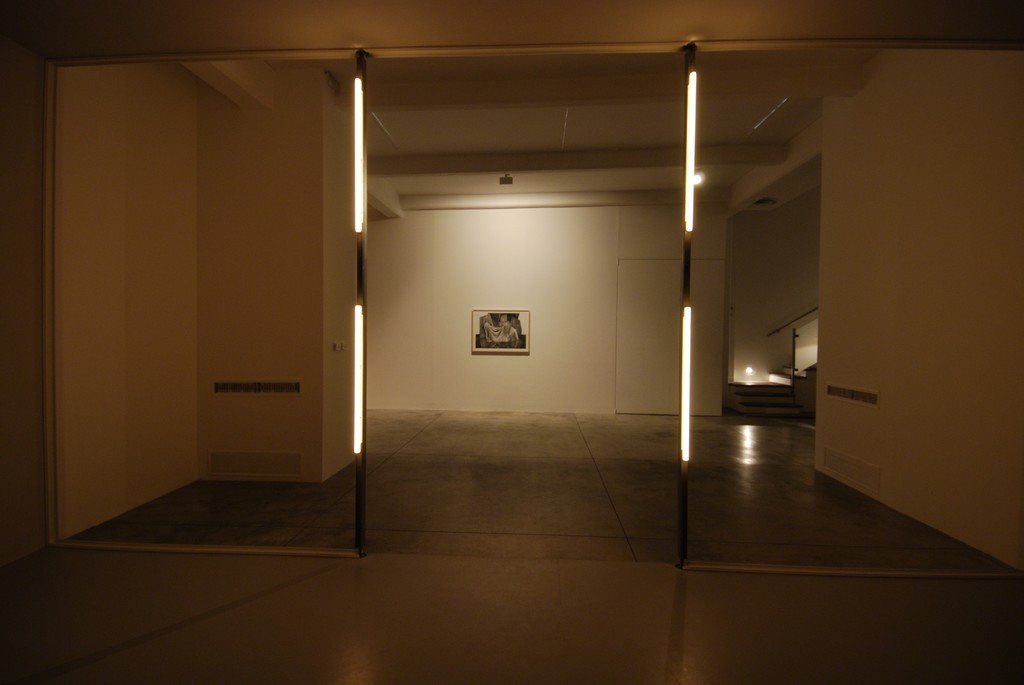 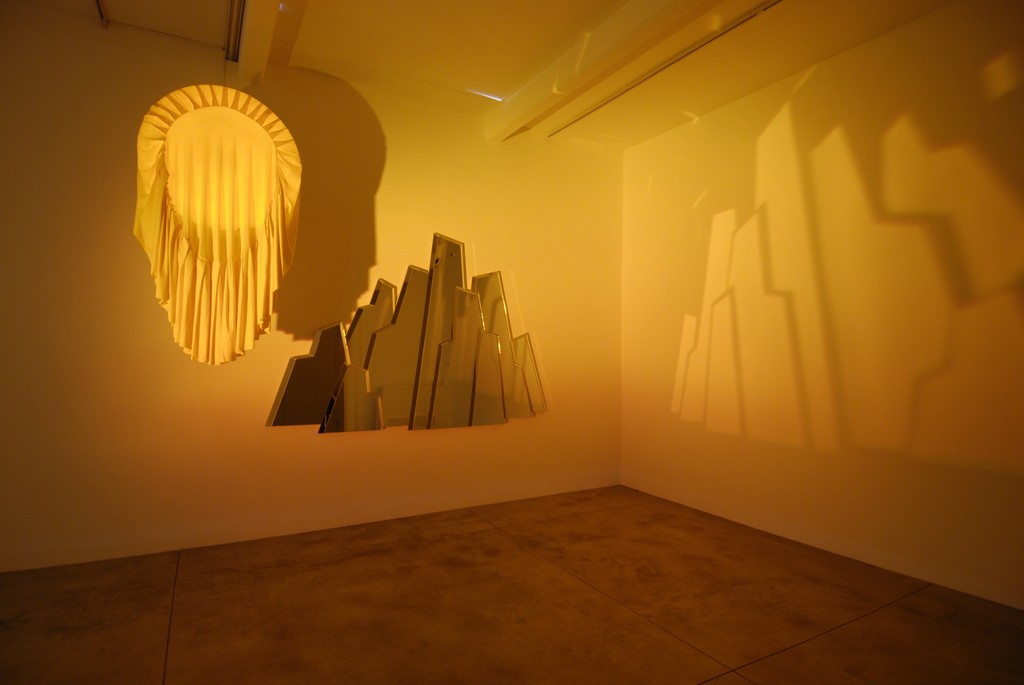 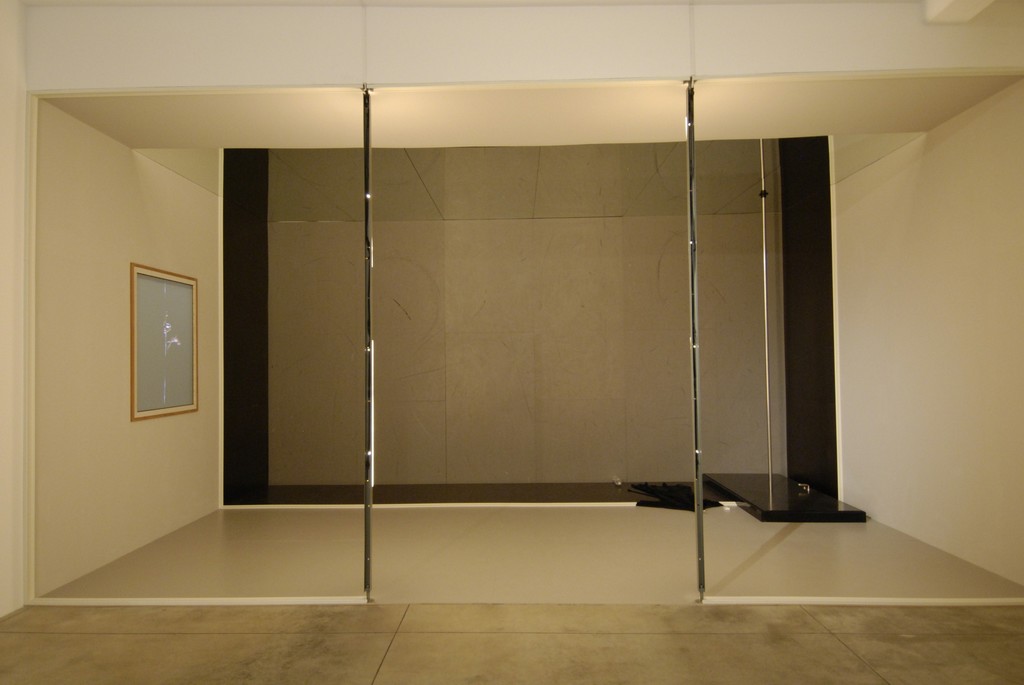 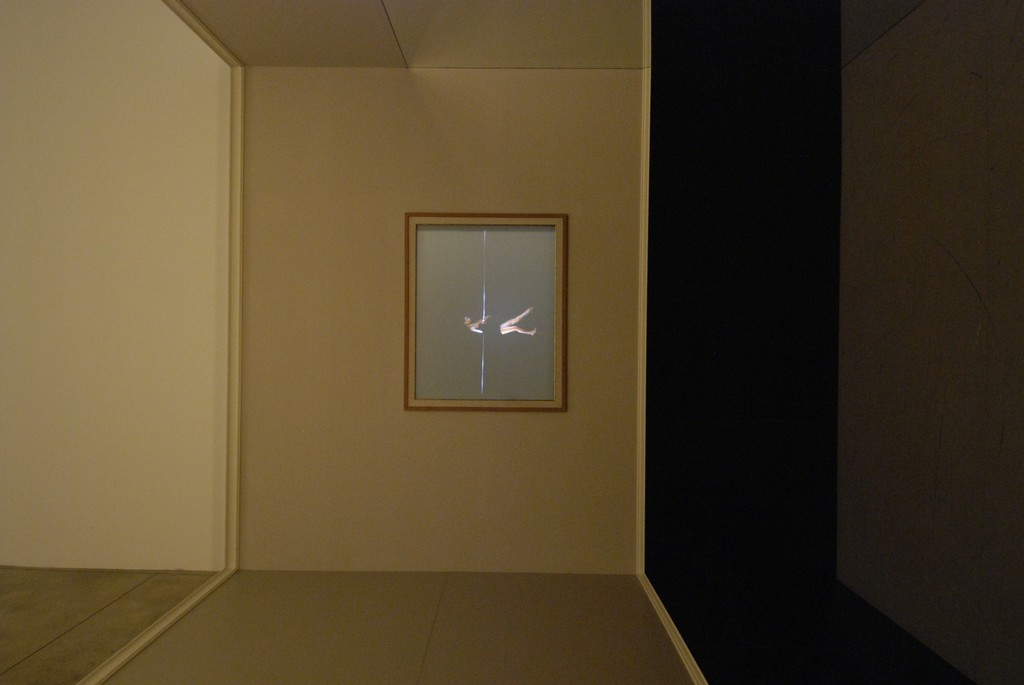 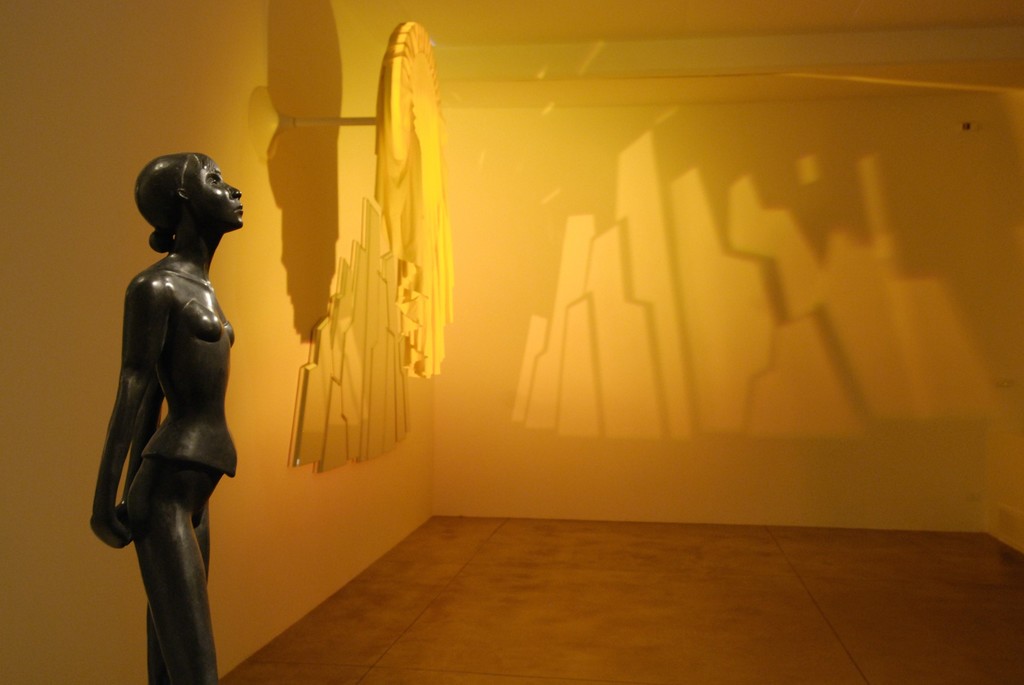 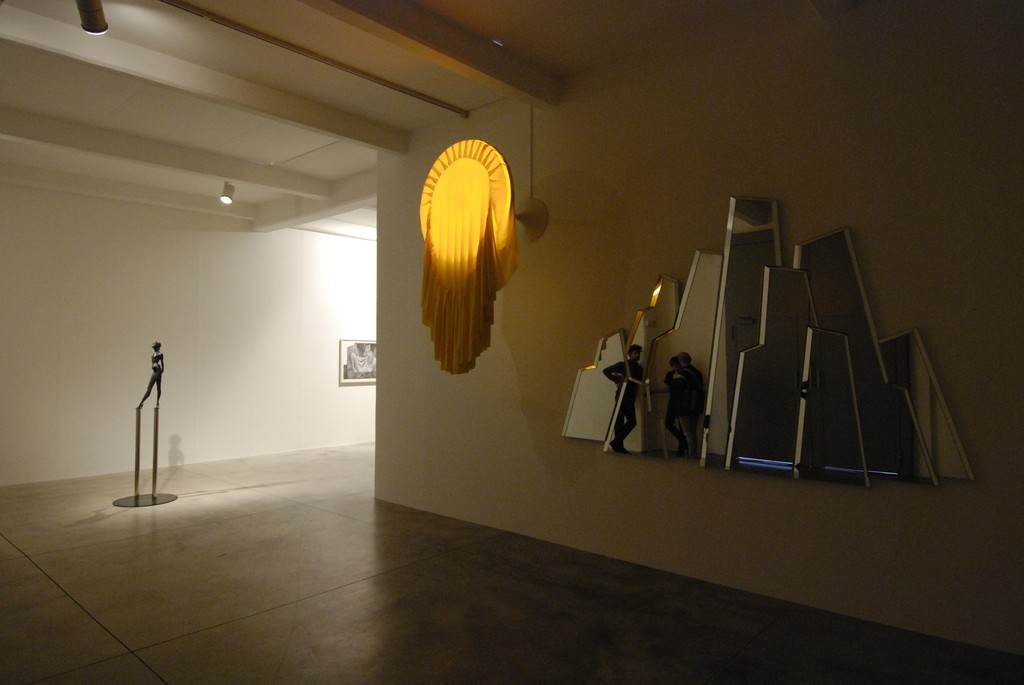 Cardi Gallery, a new international contemporary art gallery with an innovative and experimental approach, presents its second exhibition in its Milan premises: a solo show by young Israeli artist Michal Helfman. Born in 1973 in Tel Aviv, Helfman is at her first solo exhibition in Europe.

On this occasion, Cardi Gallery's space has been totally transformed by the artist, who has modified its inner architecture: a complex interplay of volumes, light and mirrors generates visions and alterations of which the visitor becomes unaware protagonist. The spectator, surrounded, becomes voyeur: he shares the desire, the disorder and the caleidoscopic illusion of Michal Helfman’s videos and composite installations.

The exhibition
In her new work, The Lesson, conceived for this exhibition and produced by Cardi Gallery, Michal Helfman presents a spectacular and, at the same time, destabilizing environment: the homonymous video overturns a classical dance studio, transforming it into a curious nightclub. Turned by 90 degrees, the bar becomes a pole for pole dancing, while the rigorous and elegant movement of the classical ballerina turns into the aggressive and sensuous moves of a stripper. The curtain closes and the scene moves to an outdoor setting with images from a report of the explosion of an oil platform out at sea. With this contrast, The Lesson metaphorically recalls a feminine universe and the predominant masculine gaze, highlighting the relationship between man and woman through the analysis of social and gender stereotypes. The installation develops the theme of the video in a composite participatory piece: the visitor finds himself in a room with a vertical pole and a mirror ceiling. A ballet studio turned by 90 degrees, to complement the film. Outside the room, dotting the ground floor gallery, a number of sculptures - like a ballerina inspired by Degas’ famous one, but charged of sensuality with her feminine shapes and attire - and sculptural elements complete the scene. The conflict between industrial technology and emotional sensuality, artificiality and hyper-reality, architecture and decoration are the key concepts at the basis of her artistic practice: even the objects and the figures appear liquefied in a transitional state, as if they were to transform their essence and, in consequence, our way of looking at what surrounds us.

In Just be good to me, the video installation on the first floor, the shared space melts with the private and of the artist’s personal sphere to highlight the ambiguity behind our certainties. With a title borrowed from a famous 80ies song, the piece suggests an ambiguous narrative, which yet remains misterious. The video - an animation composed by a sequence of stills, shot with an original naturalistic perspective - comments on the relationship between man and environment, nature and culture. The daily scene of a mother with her child immediately reveals its artificiality: it is, in fact, nothing but a small set in a remote desert area. The apparatus of human superstructures as well as culture mirrored in the prominence of nature reveal their fragility. The desert, an empty and immutable space framed by a backdrop of rocks, is the place where the mother walks with her son in her arms, and where the absence of a manly figure, the father, soon becomes apparent. The spectator witnesses the calm sunset until a crowd of full moons emerges from the sky, illuminating and, at the same time, destroying the heavens. While the mother and child are swallowed by the desert landscape, the natural space turns back to the decorative and kitsch dimension of the moons – turned into stroboscopic disco balls. The circular shape is repeated in the table and chairs that complete the installation, objects that are deprived of their original, objectual function and turn into symbolic presences.

The work of Michal Helfman brings together art historical themes and symbols with autobiographical elements and the psychedelic imagery of nightclubs. It reflects on the interaction between spectator and physical space and on the influence that our background architecture operates on our gaze and perception; a game of inversions and overturning, not only of roles, but also of modes of perception and interpretation of the world surrounding us. The artist transforms an image into an icon, into a symbol of the dualism between nature/culture, appearance/reality, single/society. Amid illusion, fiction and reality, Helfman draws once again the spectator into the complex game of relations between man and context, space and action.

Cardi Gallery wishes to thank Wonderland for the support provided in the realisation of this exhibition. Wonderland is an agency for cultural entrepreneurship founded in New York in 2006 to sustain and finance artists and galleries in the production of projects and works of contemporary art.

On the occasion of Michal Helman’s exhibition, Cardi Gallery has also started a collaboration with Rim Research In Motion, the Canadian company producing Blackberry: thanks to the creation of the special Cardi Gallery application, which can be downloaded from the site http://it.blackberry.com/cardiblackbox, all Blackberry users are able to visualise on their handsets information on the Gallery and enjoy a virtual preview of the exhibition.