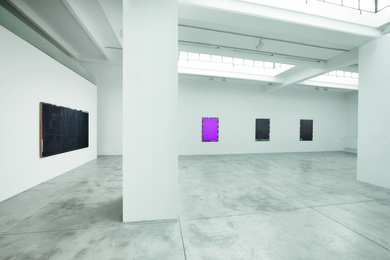 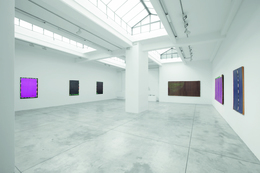 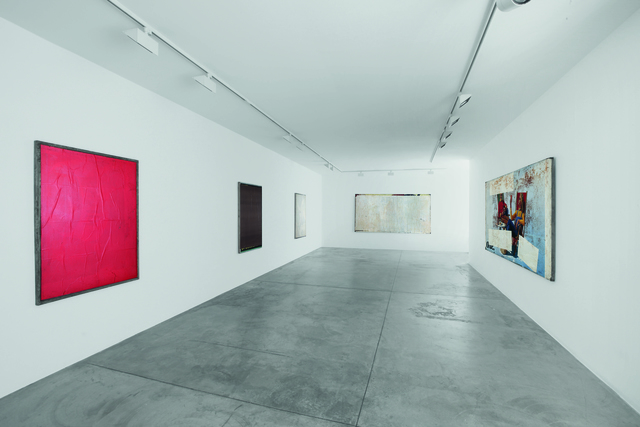 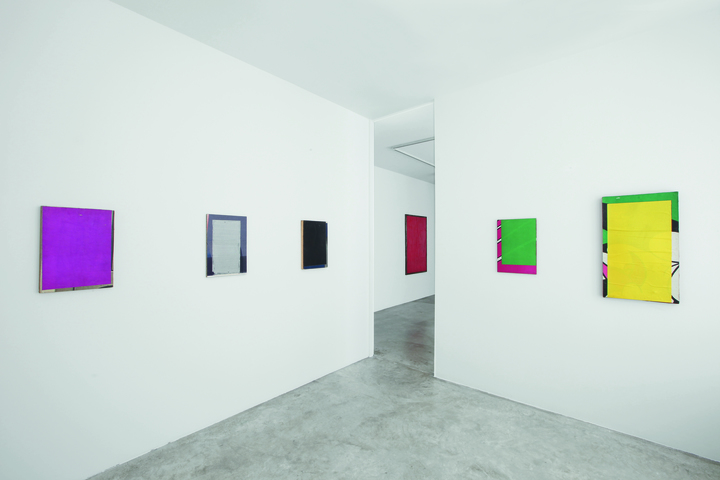 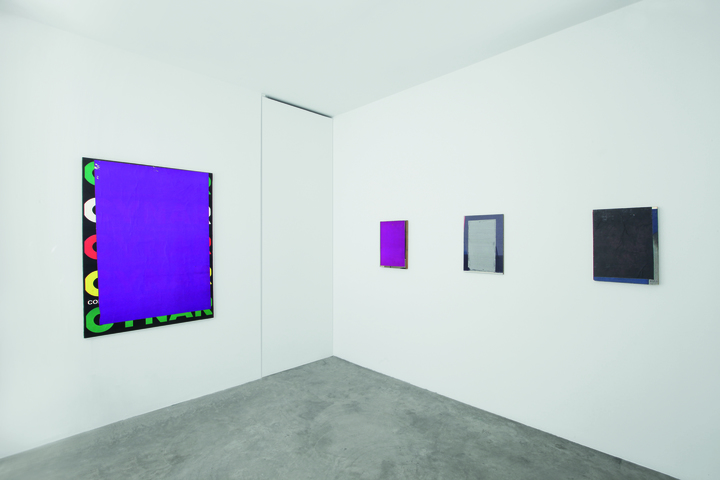 CARDI GALLERY | MILANO
Mimmo Rotella.Blanks
On display in Milano from September 20th to December 22th 2016
Opening: Monday, September 19th, at 19.00
Cardi Gallery, Milan is happy to present “Mimmo Rotella. Blanks”. The exhibition presents a selection of works
produced by Mimmo Rotella in the beginning of the 1980s.
If with his well-known décollages, or torn posters, the artist had discovered the infinite possibilities of the
popular image, with the blanks he set out instead to explore the temporal and linguistic limits of this mode of
communication. The street, the city were once again inspirational for the artist that, wondering around Milan,
discovers that the posters were covered up by monochrome pieces of paper when the time for their display on the
city walls was over: the image was cancelled out, as was the information contained in it. With this procedure the
chaos, disorder and superimposition put on show with the décollages were covered with a new skin, revealing the
infinite possibilities of color, of re-creation, the power of order and the rational act.
The majority of the blanks were created in the 1980s by sticking large monochrome – black, white and coloured –
sheets of paper onto old and disused advertising hoardings. Right at the beginning of the decade Rotella had left
Paris and moved for good to Milan. He had a new studio and began to forge new links with the city and its streets.
The erasures were the starting-point for his subsequent research, for a return to the image through a different
approach.
The blanks were shown for the first time in Milan in 1980. Since then these works have been exhibited on very few
occasions. So Cardi Gallery is trying to fill this gap and presenting to the public a little-known but extremely
interesting aspect of Mimmo Rotella’s production.
A catalogue, that is the first publication to be devoted entirely to the subject, accompanies the show and we
believe it bodes well, and can be an excellent point of departure, for future studies of this series of works. The
exhibition Mimmo Rotella, Blanks is part of a series of events linked to the tenth anniversary of the artist’s
death in which other Milanese galleries and institutions are taking part, bearing witness to the strong
relationship established between Rotella and the city in which he worked and made his home during the last decades
of his life.
The expositions “Mimmo Rotella 2016” are realized in collaboration with the Mimmo Rotella Institute that was
founded thanks to Inna and Aghnessa Rotella in 2012 with the aim to promote and protect nationally and
internationally the knowledge of Mimmo Rotello and his art. The Mimmo Rotella Institute is directed by Antonella
Soldaini with the scientific support of Veronica Locatelli.
With this show Cardi Gallery confirms once again his interest for national and international historical artists.
Mimmo Rotella (Catanzaro, 1918 - Milano, 2006) is renowned internationally as an artist for the invention, in 1953,
of the technique of décollage. During his long career, he experimented with multiple artistic technics, broaden
his own linguistic and formal horizons: besides the décollage, he realized retro d’affiches, collage, photographic
transfers, artypos, frottages, effaçages, blanks, sovrapitture and sculptures.
Restless and histrionic, in the first years of the 40s he moves to Rome where he emerges in the environment linked
to the new abstract avanguardia. In 1960 he takes part in the group of the Nouveau Réalistes.
After participating in the Venice Biennial in 1964 with a personal room, he decides to move to Paris, where he
interweave important relationships with critics and artists. In 1968 he lives for a brief period in the Chelsea
Hotel in New York; once back in Europe he starts travelling to India and Japan. In 1972 his first autobiography
was published Autorotella. Autobiografia di un artista, in 1974 Tommaso Trini curates the first updated
monographic book on the carrer of the artist. Back in Milan in 1980, he starts to create the blanks or coverages.
In 1984 he goes back to figurative with the series of works on acrylic and, in 1986, of the sovrapitture, In the
first years of the 90s he makes some sculptures and goes back to décollage that starts to reach monumental
dimensions. In the 90s and 2000s he receives recognitions and national and international awards. In 2000 he founds
the Mimmo Rotella Foundation, currently presided by Rocco Guglielmo and directed by Piero Mascitti and in 2005 he
opens his home-museum in Catanzaro, called Casa della Memoria. Still in full activity, he dies on January 8th,
2016 in Milan.
Cardi Gallery
Corso di Porta Nuova 38, 20121 Milano
+39 0245478189
+39 0245478120
[email protected]
www.cardigallery.com
SOCIAL NETWORKS:
Facebook : https://www.facebook.com/cardigallery
Twitter : https://twitter.com/cardigallery
Instagram : http://instagram.com/cardigallery
INFO
Wednesday, September 22nd to Thursday, December 18th 2016.
Monday through Friday, 10am – 7pm. Saturday by appointment.
PRESS CONTACTS:
Press Office Rotella 2016:
Maddalena Bonicelli: [email protected]
Elena Bodecchi: [email protected]