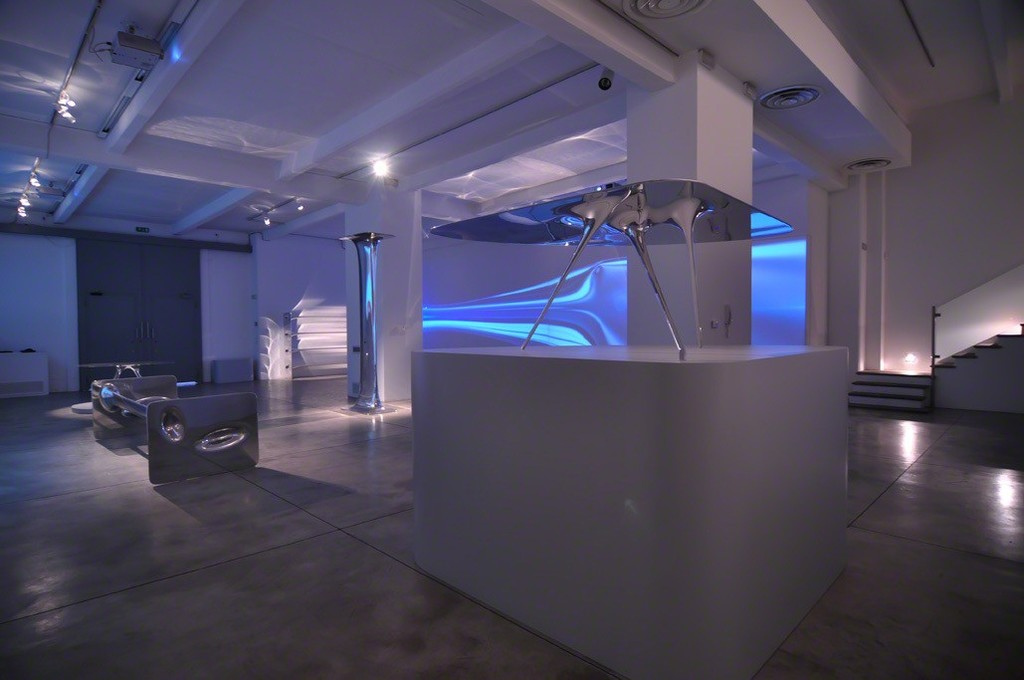 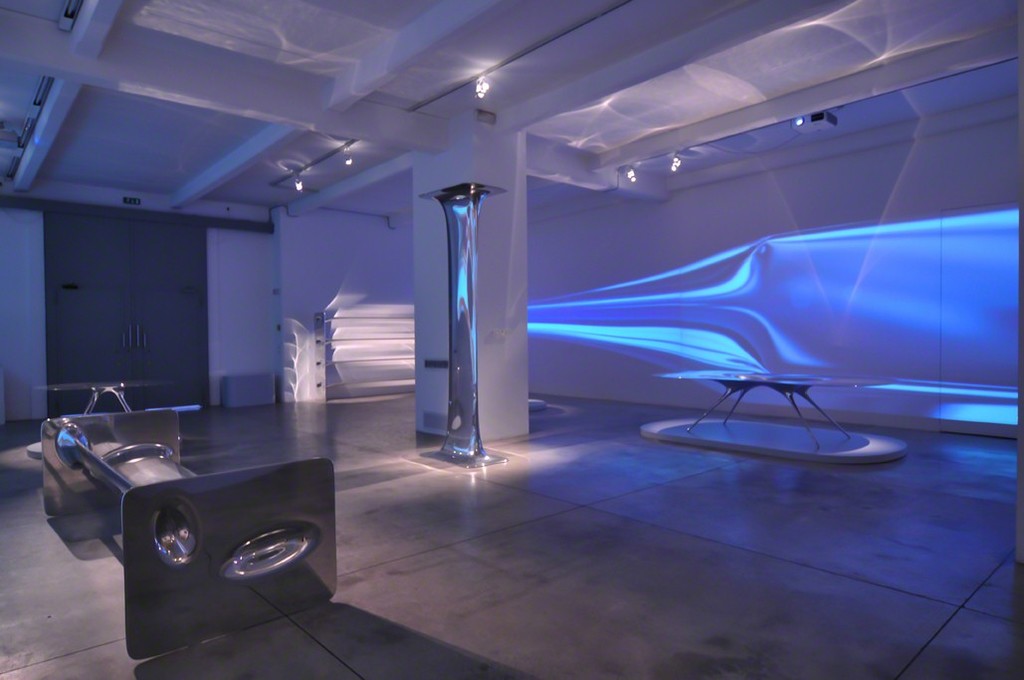 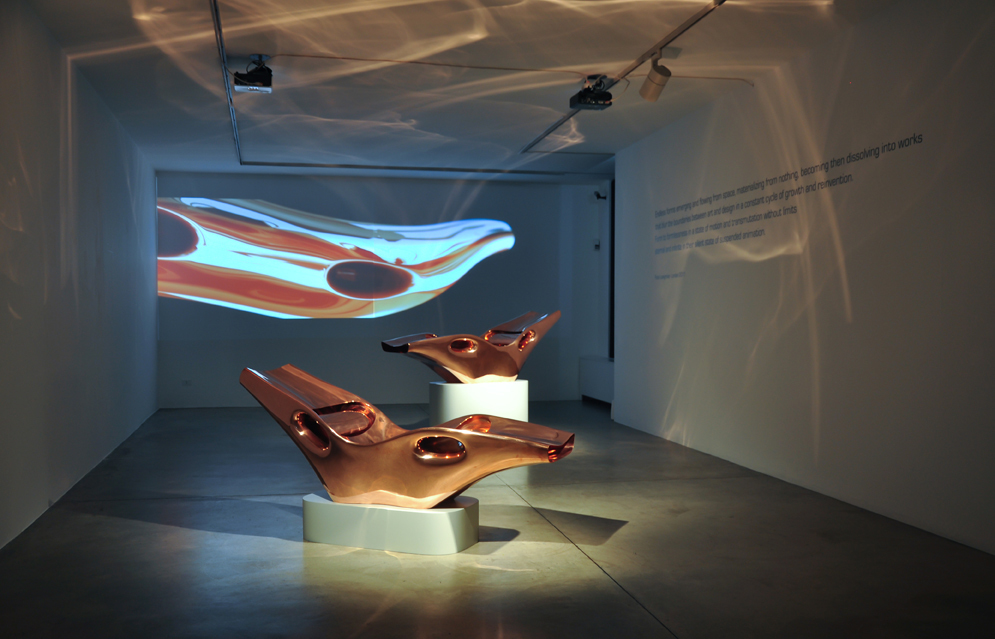 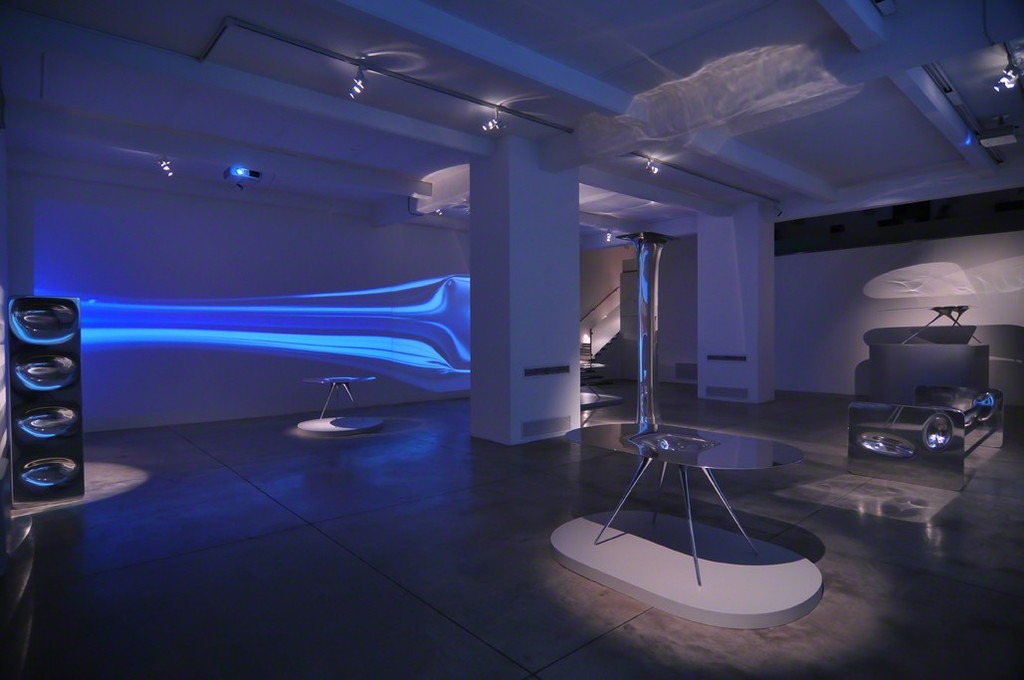 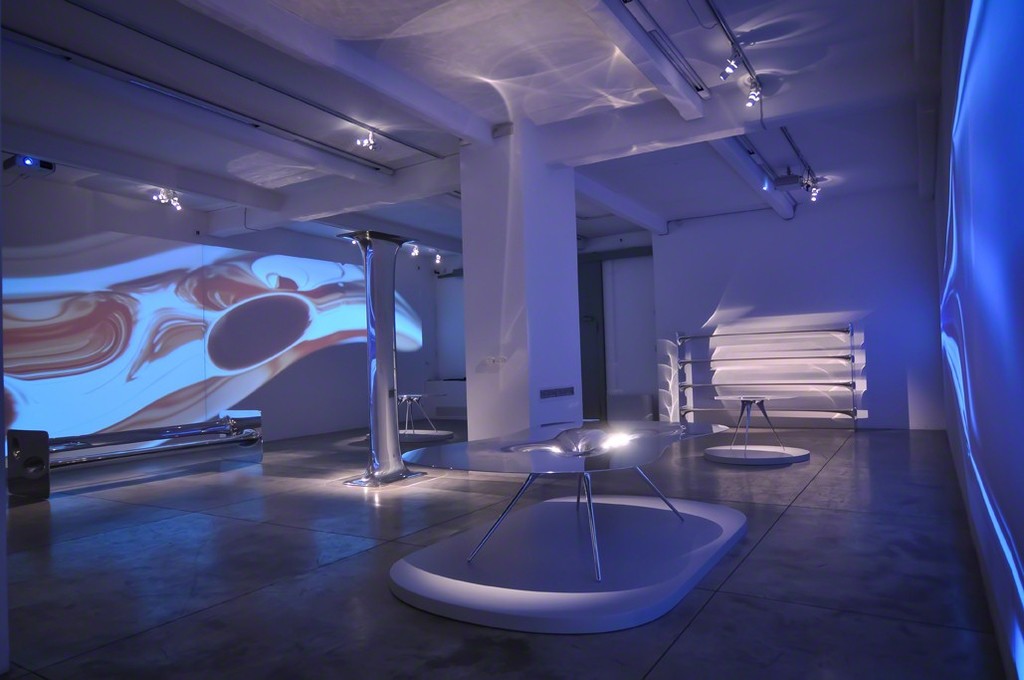 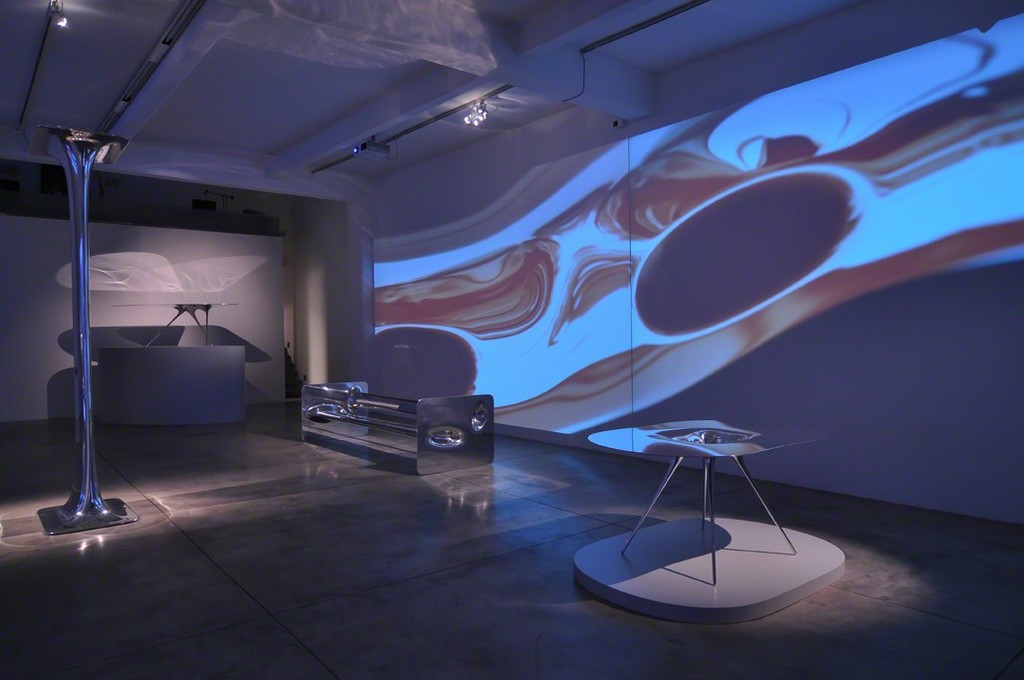 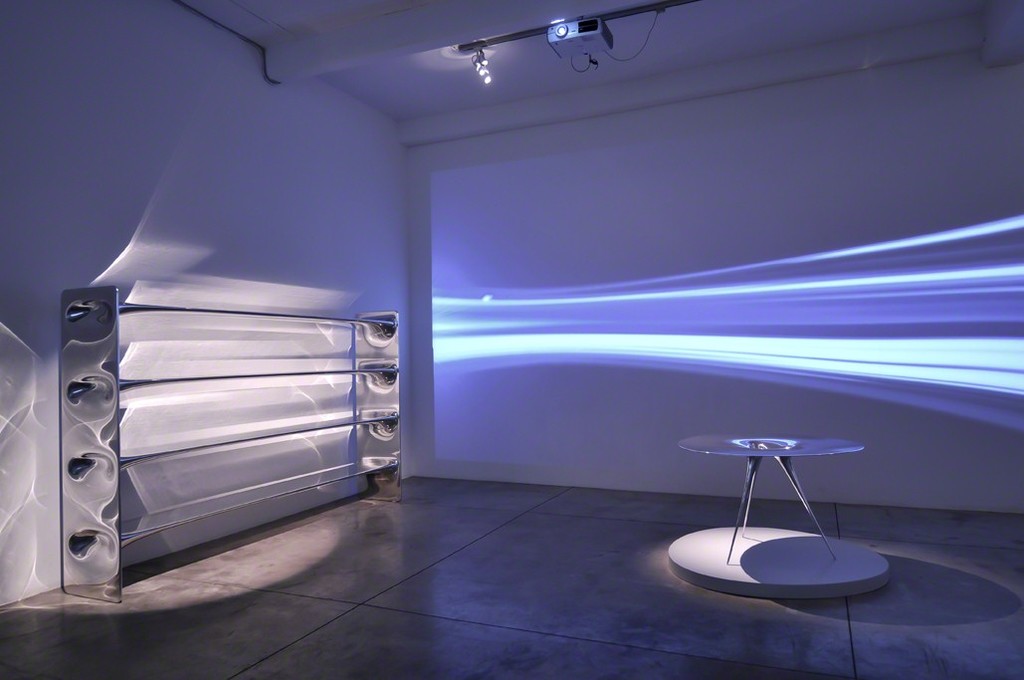 Cardi Gallrery continues its journey through the world of contemporary design. After Mattia Bonetti’s show in 2010 and Oskar Zieta’s exhibition in 2011, on the occasion of the 50th year of the Milan Design Week, the gallery presents Ross Lovegrove, an extraordinary figure in the international design scenario with ENDLESS.

The show at Cardi Black Box is enriched with two new projects; Long Liquid Bench and Liquid Shelving, a bench and a bookcase respectively, together with a spectacular video projection appositely created for the gallery space. ENDLESS continuesLovegrove’s research as an artist in the experimentation and limited edition field, a fertile territory where to develop projects which result too ambitious and rarified for mass production.

The designer’s investigation demonstrates how the borderline between visual arts and design is becoming deminished even though the pieces accomplish a specific function, the exhibited projects are charged with an intense emotional value and a specific oneiric force: the works in ENDLESS are sculptures suspended in physical but also temporal space. Ross Lovegrove is capable of adapting his work approach depending on the project he is taking on: he optimizes and saves for the industrial production while tracking the most sophisticated details for personal excursions in reduced series. Ross Lovegrove’s sculptures represent his spiritual shelters from commissioning; they constitute moments of freedom in which one can escape from parameters linked to mass industrial design.

With ENDLESS, Ross Lovegrove shows objects whose sinuous outlines are the result a process of anatomical reduction derived from evolutionary forces beyond design. His outlines are capable of representing and translating his profound devotion towards efficient solutions in terms of energy and, at the same time, able to resolve complex structural problems. In harmony with his theoretical approach, Lovegrove keeps us suspended between prehistory and the science visionary future thanks to his unusual but always recognizable touch. Even his fine art creations demonstrate responsibility and respect towards nature thanks to the controlled and never overflowing fluid and organic silhouettes, a revolutionary dialogue between science and culture. Lovegrove is a theoretician of efficiency and functionality: his works invoke the use of the minimum indispensable quantity of material for each object – goal attained with state of the art contemporary technologies – while constantly reflecting on his awareness of the surrounding world a quality which embeds the works with a deep silent humanity.Lovegrove looks at nature and its rules to create his contemporary shapes to form a new form of dialogue that is helping to shape our modern World. ENDLESS is a whispered rather than yelled exhibition, constituted by monochrome genesis material origins , animated via scenic projections, which represent the source of the space’s illumination and take the mind back to a the mercurial formulation of liquid metal then back into pieces that solidify into real objects.

In Long Liquid Bench and Liquid Shelving, produced with fresh and polished aircraft grade aluminium, the material seems to spontaneously mould around the lines which define their silhouette: the sinuous and organic forms, typical of Lovegrove’s language, are inflected in ENDLESS exhibition in a series of tables in which the aluminium seems to harmoniously subdue to the author’s dream.

The will to experiment and the freedom from the market’s constraints dictated by mass production are territories into which Ross Lovegrove – redeemed by the constraints of prestigious firms with which he realizes design objects – can finally free his imagination and invent the world of tomorrow.