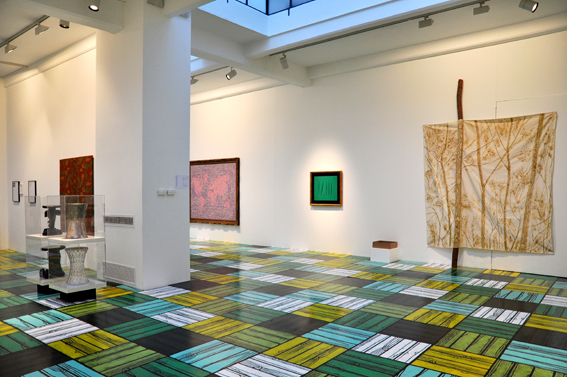 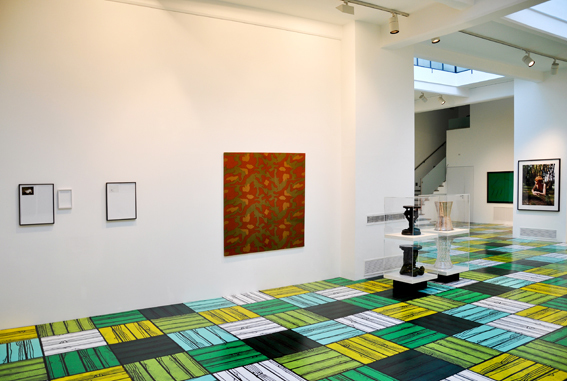 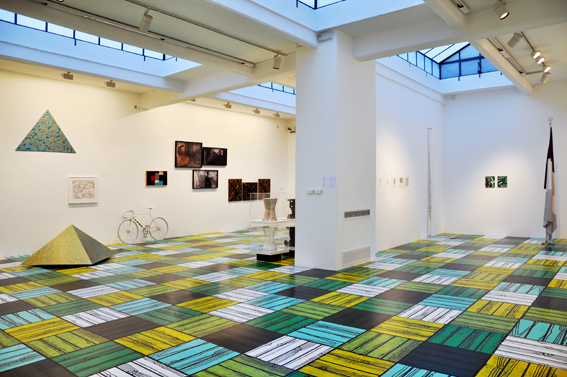 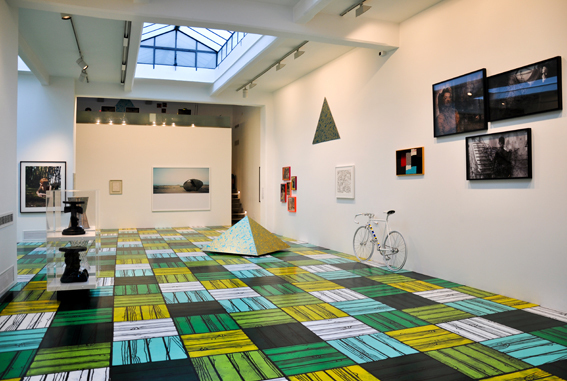 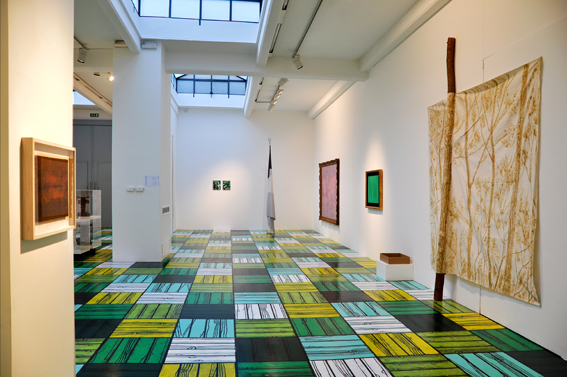 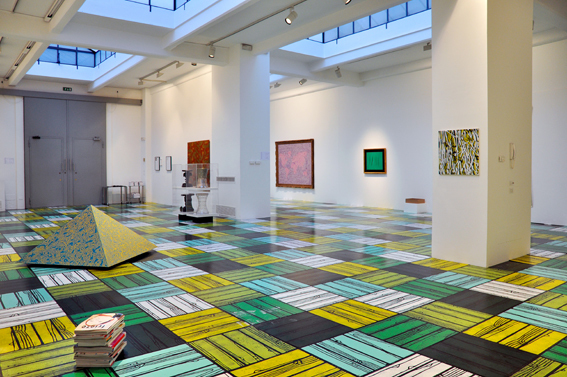 THE ART OF CAMO

**Cafouma (seventeenth, eighteenth century vocabulary, Wallon): "to blow smoke in somebody’s face, to mystify him, to blur him”.

**Camuffare (from local Italian dialect: Veneto): "to deceive", "to fool", "to conceal".

**Carmare: verb, possesses the same root of carmen and from which the word charme derives.

To disguise oneself, to hide, to mimic, to imitate, to change, are just some of the aspects that apply to the term camouflage, where the look changes and the image escapes. If camouflage basically denotes all those expedients used by animals as tactics of defence or as strategies of ambush, and in military language the term is used to define soldiers’ uniforms, the show The Art of Camo wants to investigate on camouflage as a 'sign made to lie' (Umberto Eco, Trattato di semiotica generale, 1975).
The works on display reconsider the idea of perception, recognition, identification and interpretation, intended as sign processes. Transformation and mimesis, amongst the most important motifs of western artistic philosophy, are displayed and declined in their different facets.

By gathering together a group of artists with different careers and heterogeneous sensitivities, The Art of Camo questions the reliability of the simulacrum, emphasizing the possibility of perceptive daze, while exploring the processes of meaning that work inside belief regimes, limited to the recognition and corresponding connotation of the object. In this way the undertones of the art and philosophy of camouflage emerge, through a transversal analysis of its fundamental strategies of invisibility and disguise. In some cases the subject disappears in order to drive the attention elsewhere, underlining the technique of obfuscation. In other cases, The Art of Camo accentuates the possibility of becoming something other than oneself, through a gaudy and deviant masking. In both circumstances we are put in front of techniques used to manipulate the image and, more generally, the visible.
Diversions of points of view, fusion of spaces and time, penetrations, decompositions and re-compositions of the relationship figure/background are all ways to look at reality differently and re-organise ones position in the world. The Art of Camo opens an active dialogue with the laws of perception and of definition. Our gaze is questioned, in a game of observation and continuous attention towards the sign that lies and acts as symbol.
These works play with strategies of presentation and representation, redefining forms and objects, betraying expectations. The spectator is invited to confront himself with a process of masking and unmasking. The image, which is usually direct and apparently loquacious, must be now looked at from a different perspective, leading us in a new direction, whilst introducing inedited tools of reflection and analysis.
The idea of camouflage in The Art of Camo is dealt with as a spell cast on things in order to charge them with a non-customary meaning (Paolo Fabbri). The works narrate the relationship between the visible and the invisible, evoking a new potentiality of perception, a different use of the sign, an extra-ordinary link to reality and to the position of things within it. In The Art of Camo traces are dispersed and our sight is required to follow unforeseen directions.