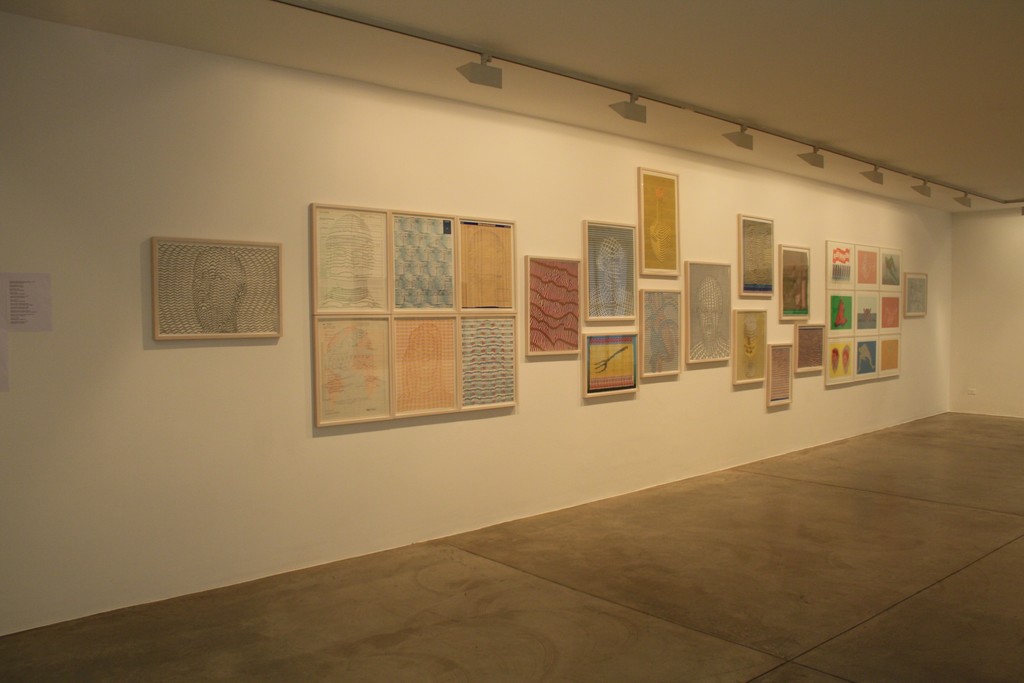 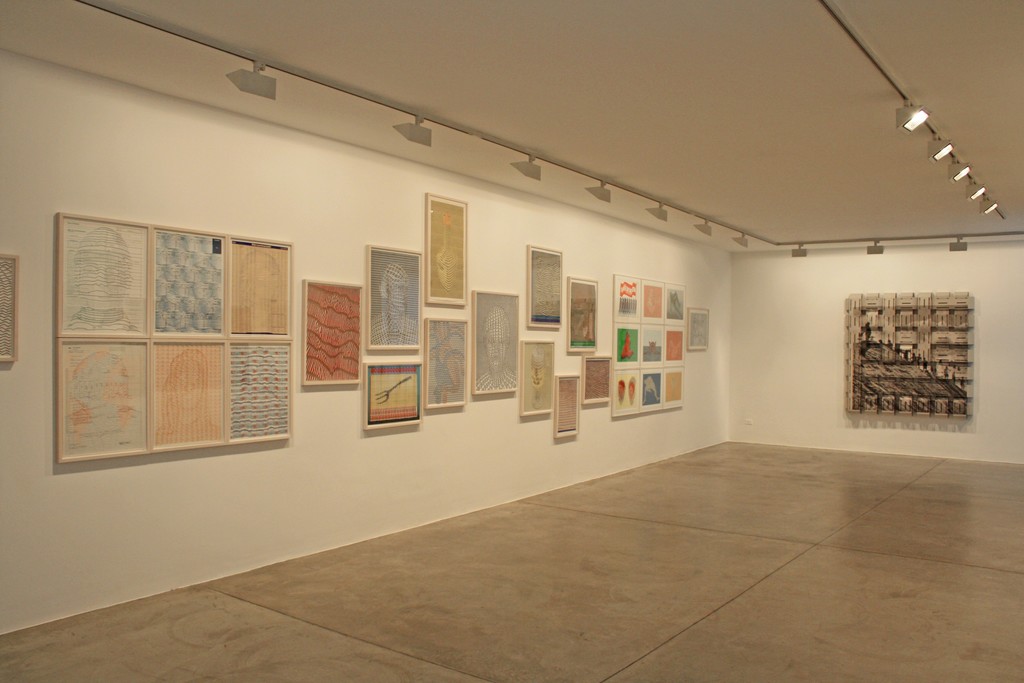 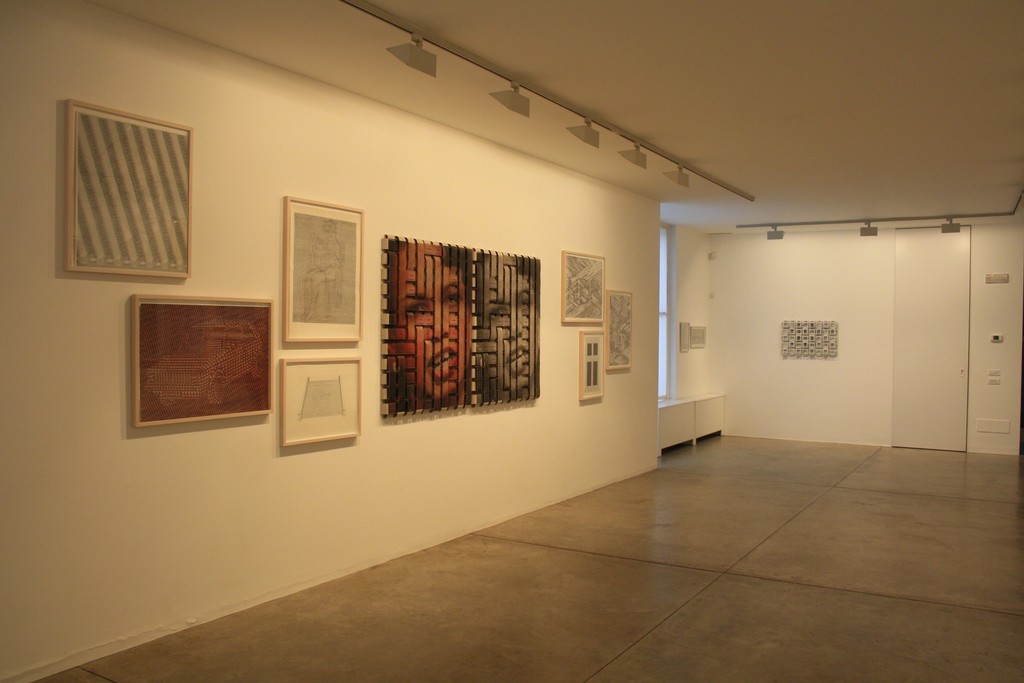 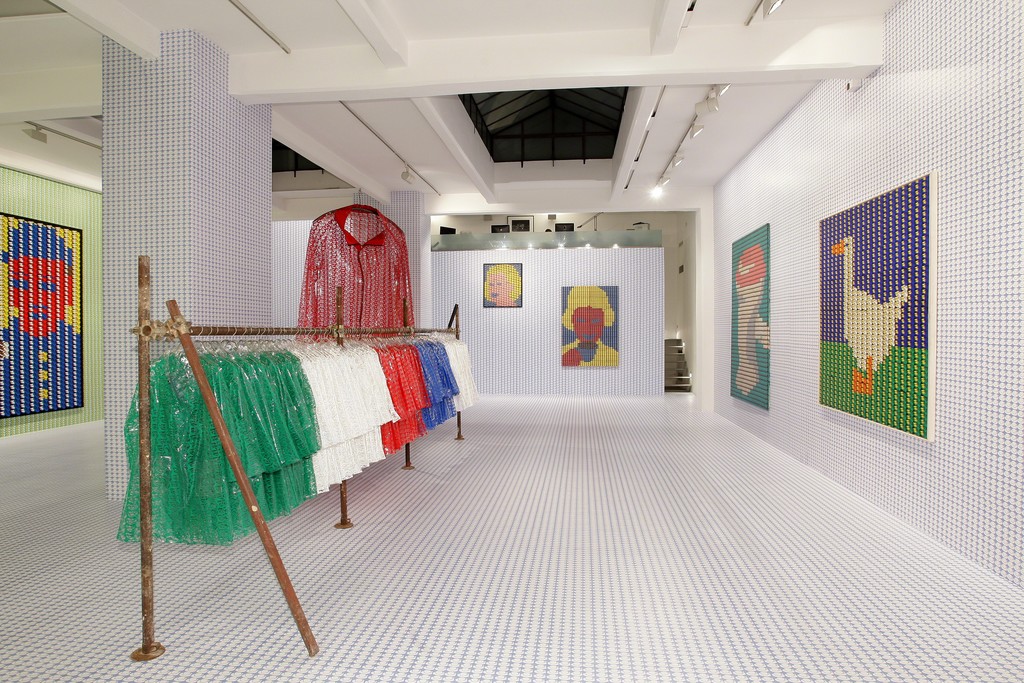 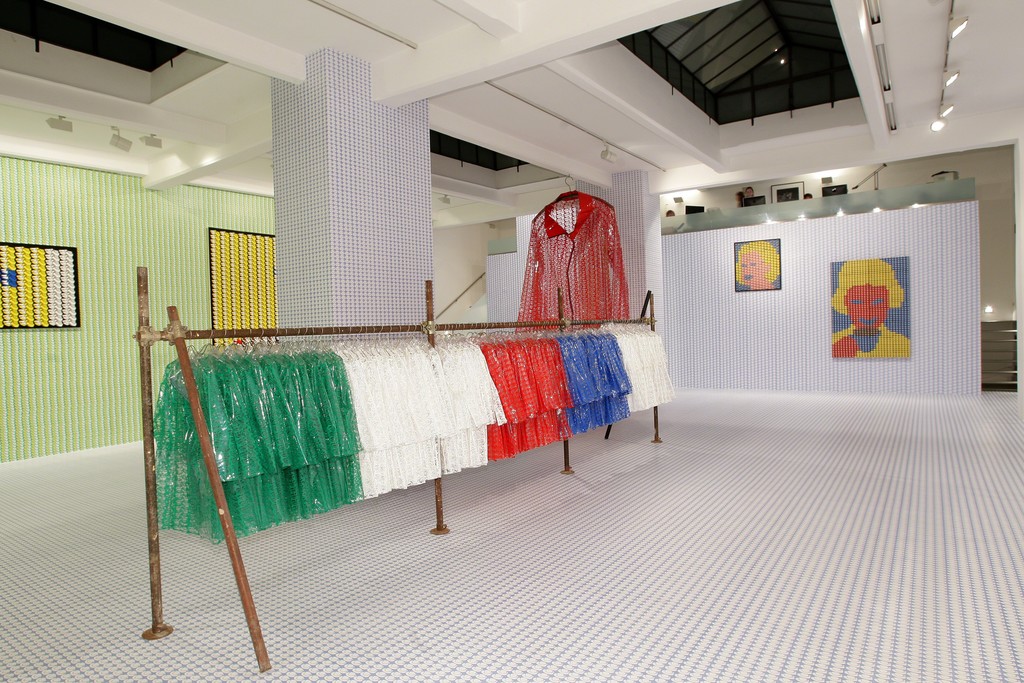 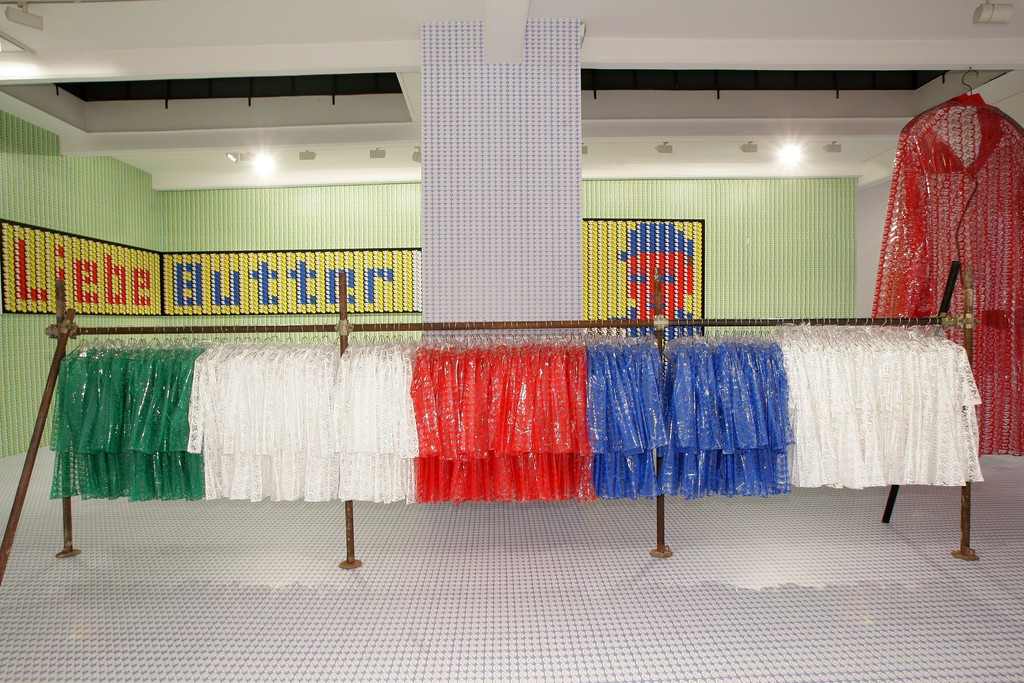 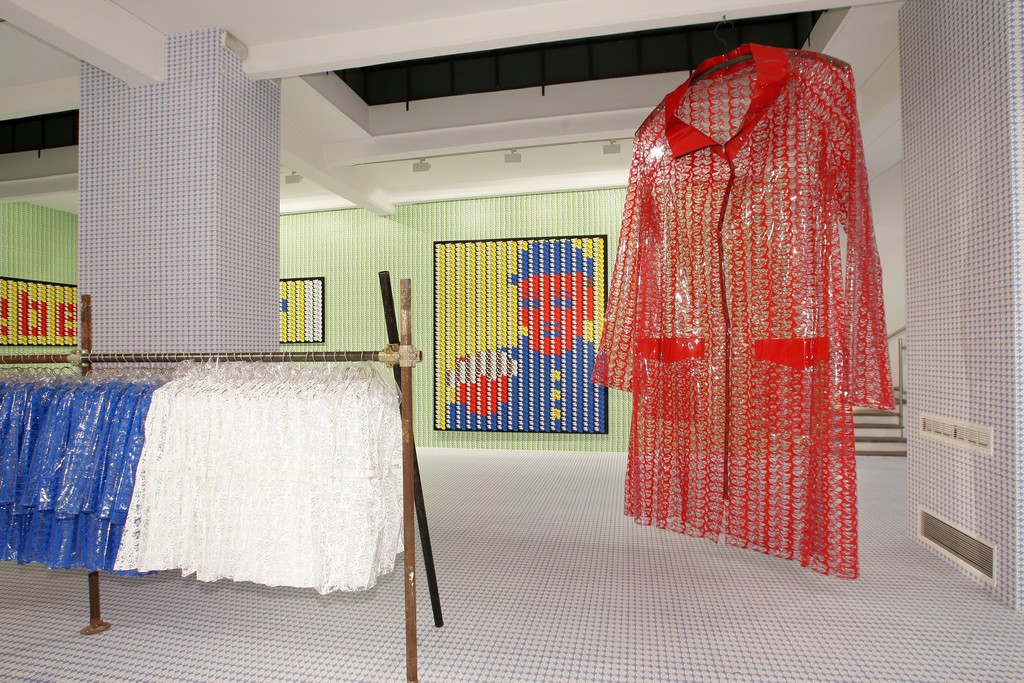 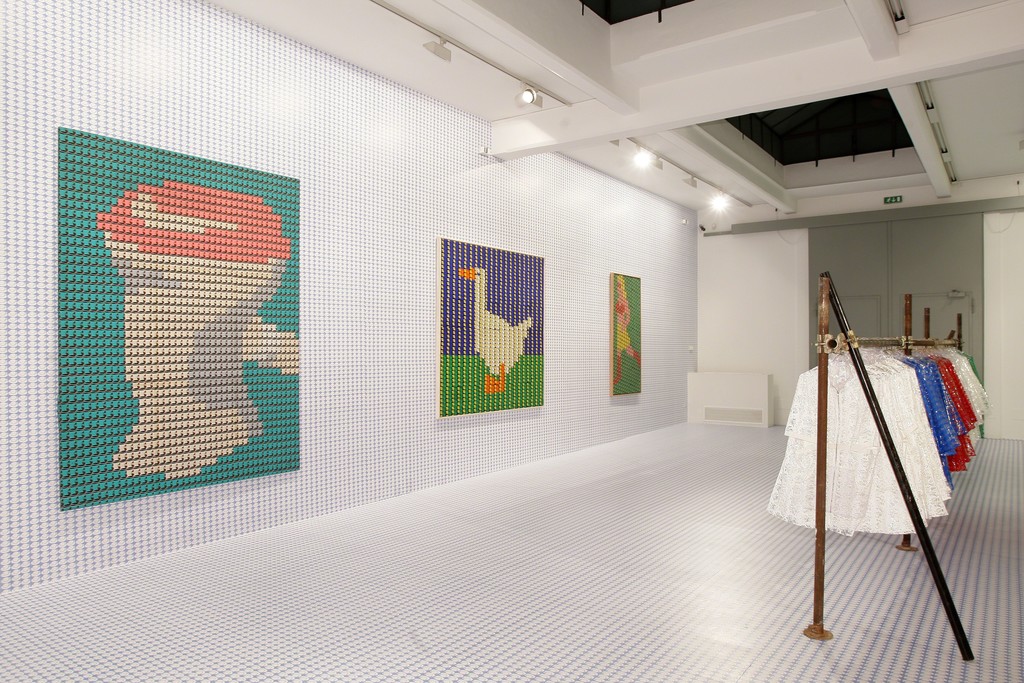 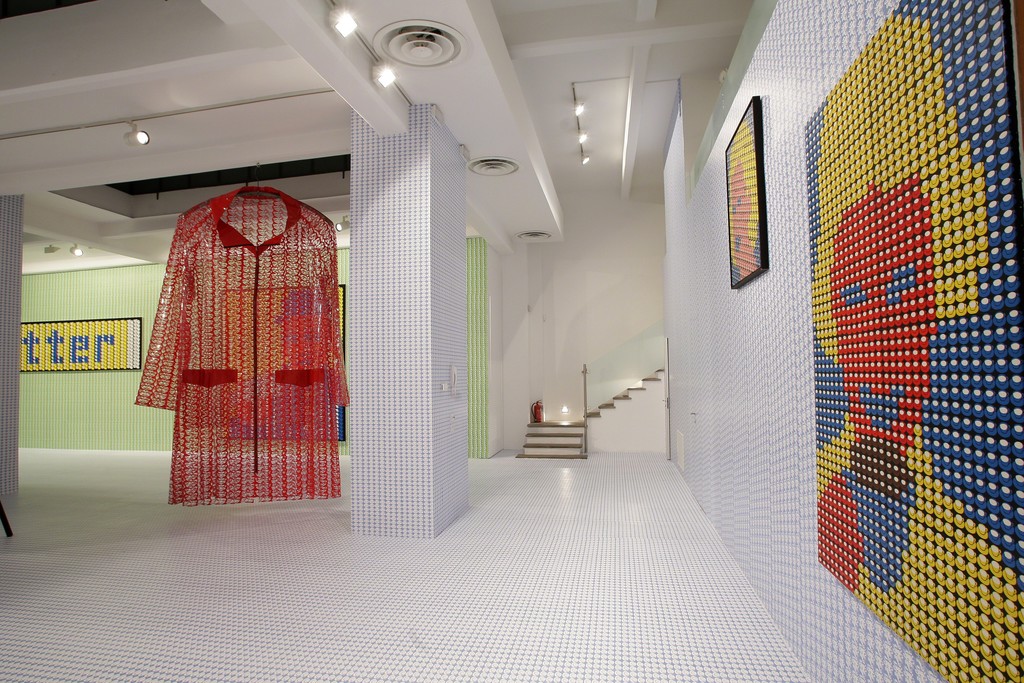 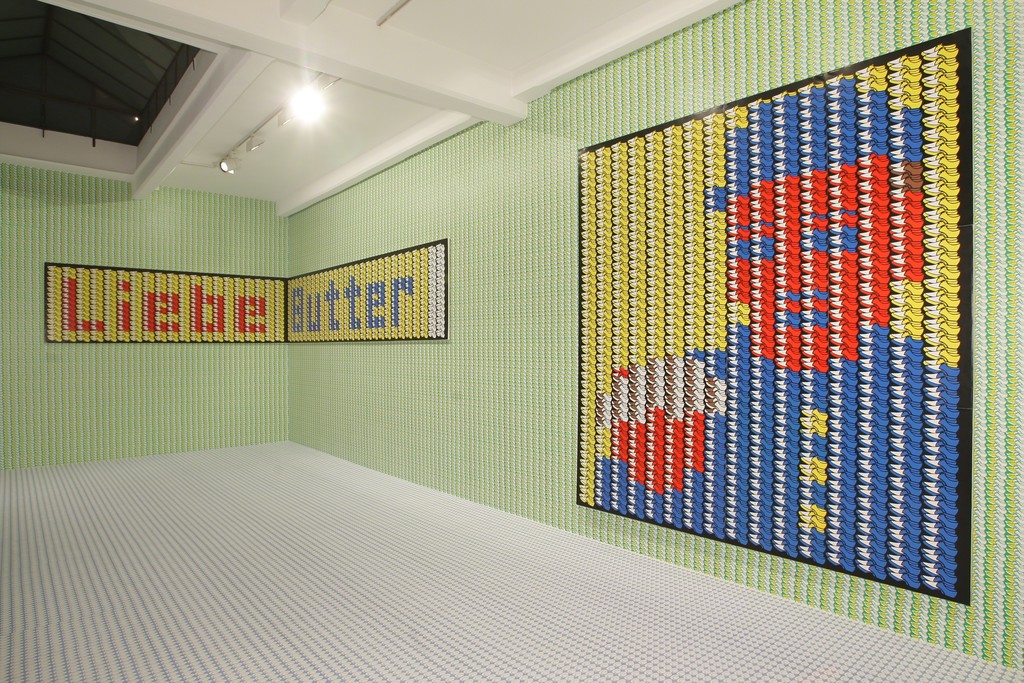 Cardi Gallery is proud to announce Produzione Bayrle, a spectacular and multi-faceted exhibition by German artist Thomas Bayrle. The show will open to the public on October 30th and continue until the 23rd of December 2009.

Born in Berlin in 1937, Thomas Bayrle lives and works in Frankfurt am Mein. Seminal figure in Germany, together with artists like Sigmar Polke and Gerhard Richter, Bayrle is regarded the pioneer of German Pop, albeit his ideological approach to the iconography of mass consumerism is considerably different. The artists' artist, as he's often defined because of his fundamental role of teacher and mentor at Frankfurt’s Staedelschule, Bayrle has created since the 1960s a substantial and coherent body of works shaped also by his experimentations with music, design, graphic, publishing and political activism.

The exhibition project conceived by Bayrle for Cardi Black Box - the gallery’s fifth event since its inauguration - is a re-interpretation of a show that the artist presented at Galleria Apollinaire in Milan in 1968. Back - after more then fourty years - to the city that very early in his career hosted the key exhibition for the development of his artistic practice, Bayrle 'makes history' through history by presenting a new edition of the impressive original project.

Curated by Sarah Cosulich Canarutto, the exhibition is a large scale installation which unites Bayrle’s multi-faceted reflections on the relationship between consumerism and mass, individualism and collectivity, perception and representation.
A psychedelic arrangement of wallpapers, with the artist’s legendary Pop-like patterns, will completely cover the gallery spaces. They will represent the background, like in the original exhibition project, for some imposing silkscreens of the late 60s, explosions of daily objects transformed into mass icons.

Completing the installation of the ground floor and focal point of the exhibition, there will be a 'production' of screenprinted raincoats with his Pop-like patterns. This collection, realized by the artist specifically on this occasion, represents a contemporary version of his 'sartorial production' of 1968. The colourful coats will be on sale at the gallery as an artist's limited edition and a more accessible special edition, in the future to be purchased also in some fashion shops. Also this second series of raincoats responds to the artist's wish to contribute with his work to a wider, and more 'democratic' distribution of art and, paradoxically, to dress the individual of his same forms and inner contradictions. Themes such as repetition and serial production, and the relationship between a single element and its accumulation, represent key features of the work of Thomas Bayrle, who had himself worked in textile and printing factories and experienced the chain-like rhythm of the post-industrial era.

To enrich the entirety of the exhibition project, on the first floor of the gallery there will be a group of works – silkscreens, paintings, collages and mixed media compositions – shown in Italy for the first time, exploring Bayrle's artistic career from the 60s until today and offering a unique analysis of the complexity and depth of his vision.

The nature of this comprehensive exhibition of museum-like scope will offer a unique and unexpected experience to the visitor, by projecting him/her into a unicum in which the artwork permeates space, infiltrating the most surprising creases of the everyday