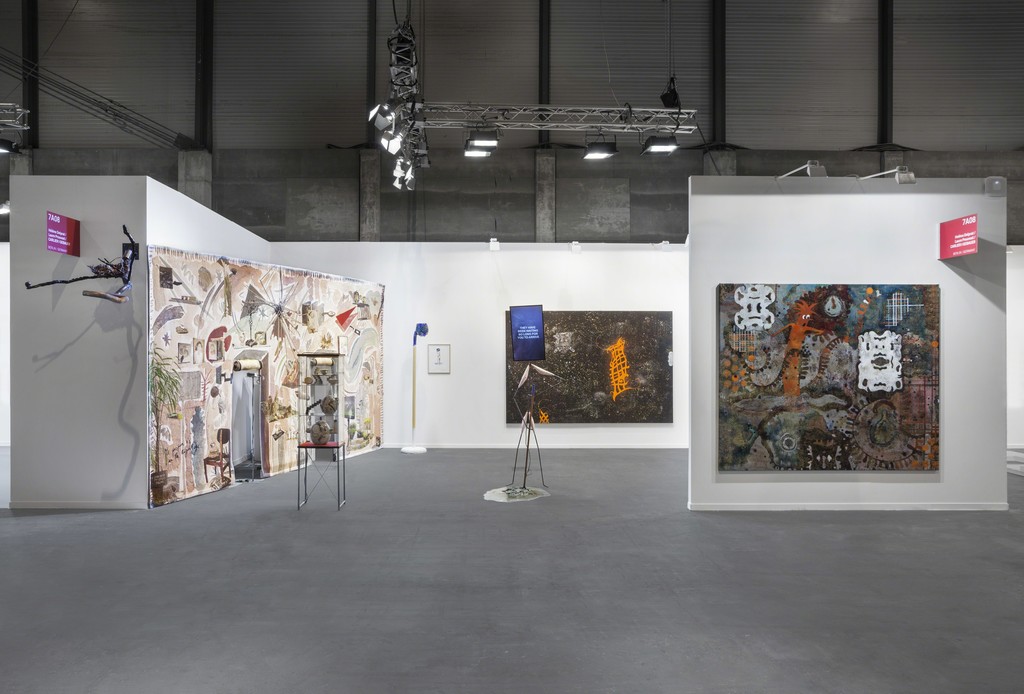 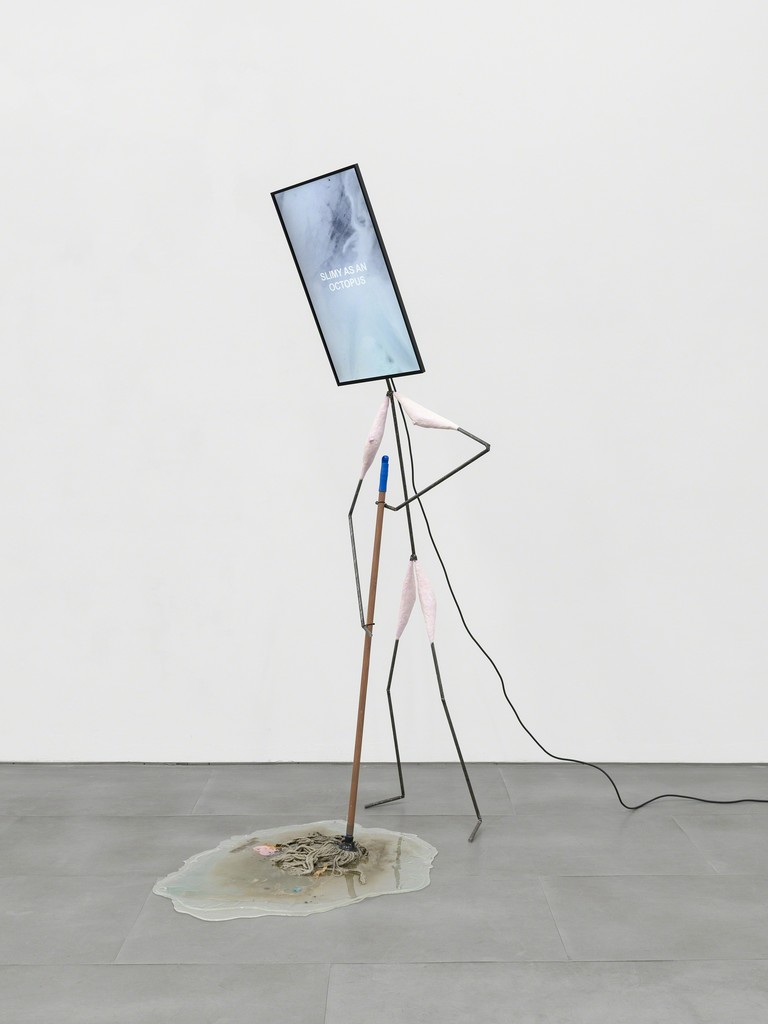 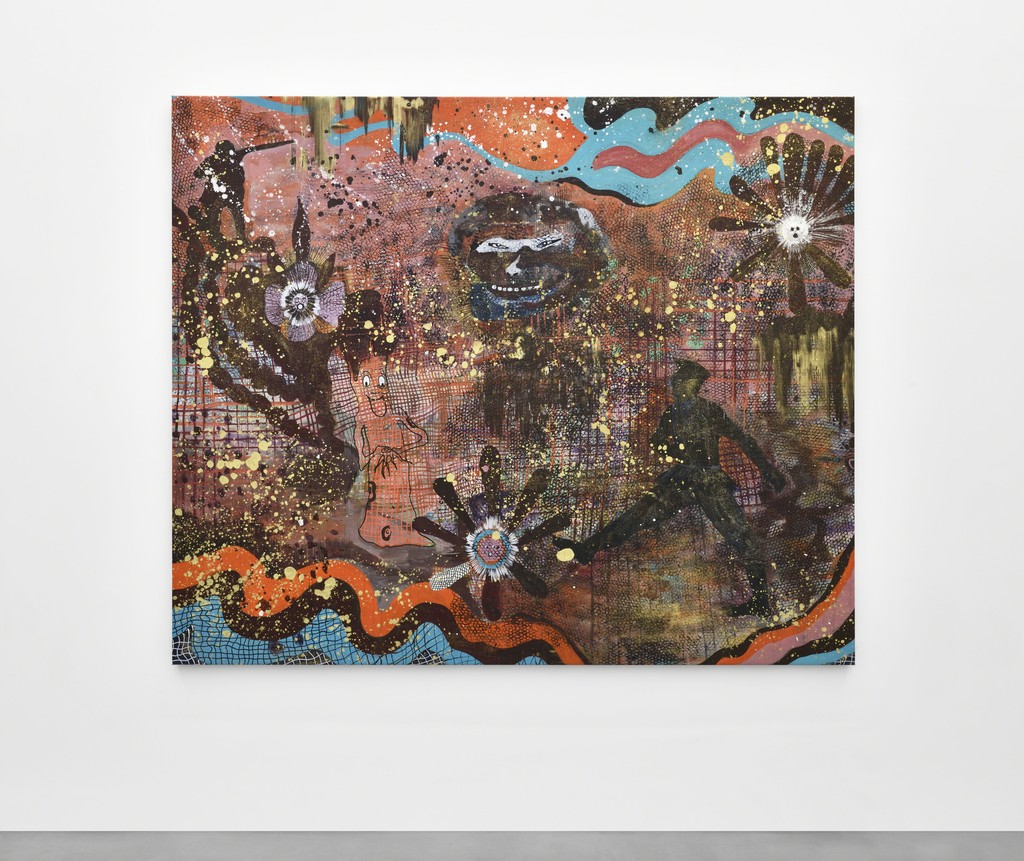 The French artist Hélène Delprat bends time-periods, genre, and the limits of taste to craft a conceptual and pictorial universe that is as immersive as it is idiosyncratic: a world in which documentary and fiction collide. Her work bristles with what she calls “coincident affinities”: tonsure rituals, Louis XIV, wigs, masks, B-horror films, French cinema, and ancient Greek literature. Delprat primarily focused on painting at the outset of her career before delving into what she calls her “submerged practices”—namely writing, film, radio, and video—and giving them an equally prominent role in her practice. Lest the relationships between the diverse constellation of references and media that the artist cultivates in her work seem to disorderly or self-referential, Delprat herself reminds us that the word fatra, which in modern French is translated negatively as a “mess” or a “jumble”, actually has its origins in the 12th and 13th century as a poetic form that blended sense and nonsense, yet was nonetheless extremely codified.

If the French artist Laure Prouvost’s videos, sculptures, and painted signs were people, they would take you by the hand. They would fill your cup, light your cigarette, embrace you. Prouvost’s works often begin with stories: a conceptual artist grandfather with a penchant for ample breasts disappears while digging a hole beneath his studio, a grandmother prepares endless pots of tea, falling vegetables pour through the ceiling of the artist’s room to land on her bed. Prouvost entangles the viewer in her surreal stories by directly implicating them in the narrative. Her works repeatedly break the “fourth wall”, as in the sculptural video work Octopus Head Woman (2017). In this work, a video loops on a screen that serves as the head of a metal figure pushing a mop. It alternates footage of an octopus covering a woman’s face and legs with sequences that directly address the viewer by complimenting them, offering them vodka, or complaining about work. This emphasis on instruction and communication carries over into Prouvost’s sign paintings, which invite their viewers to imagine themselves in bizarre alternative scenarios, such as “ideally this sign would drop you in the middle of nowhere” or “ideally this sign would taste like sharp knives in your mouth”.

A razor sharp wit and expansive imagination link the work of Delprat and Prouvost. Although Delprat is likely best known for her painting and Prouvost for her video, sculpture, and installations, it could nonetheless be argued that they share narrative as a primary material. Replete with revolving casts of characters and themes that appear again and again in various permutations, both Delprat and Prouvost create a space in their work that blurs the boundaries between fantasy and reality, the animal and human, documentary and fiction.