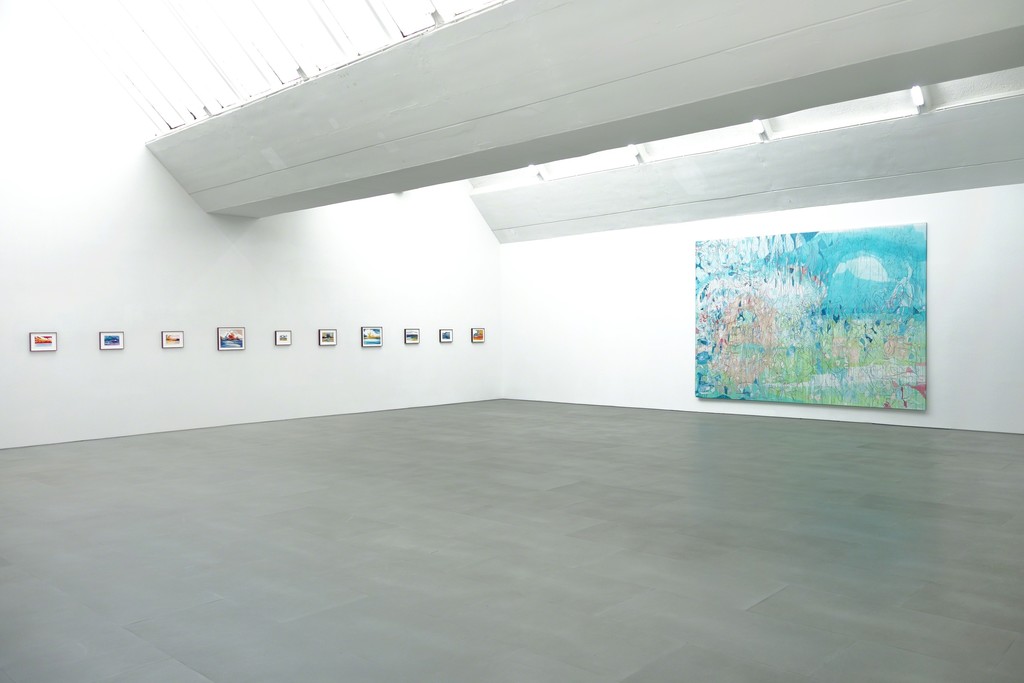 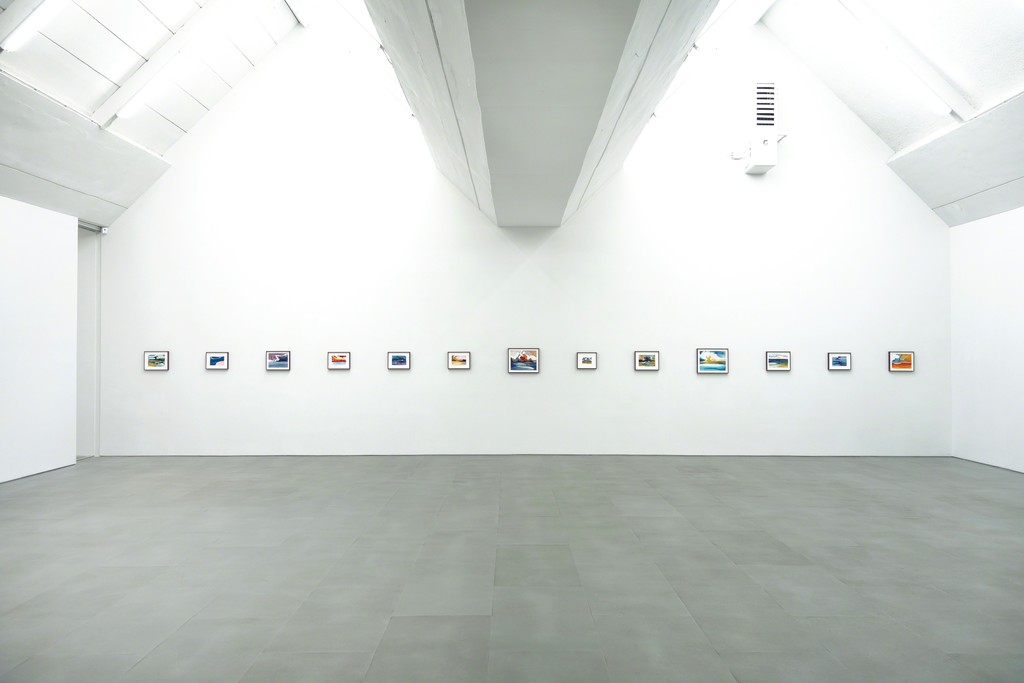 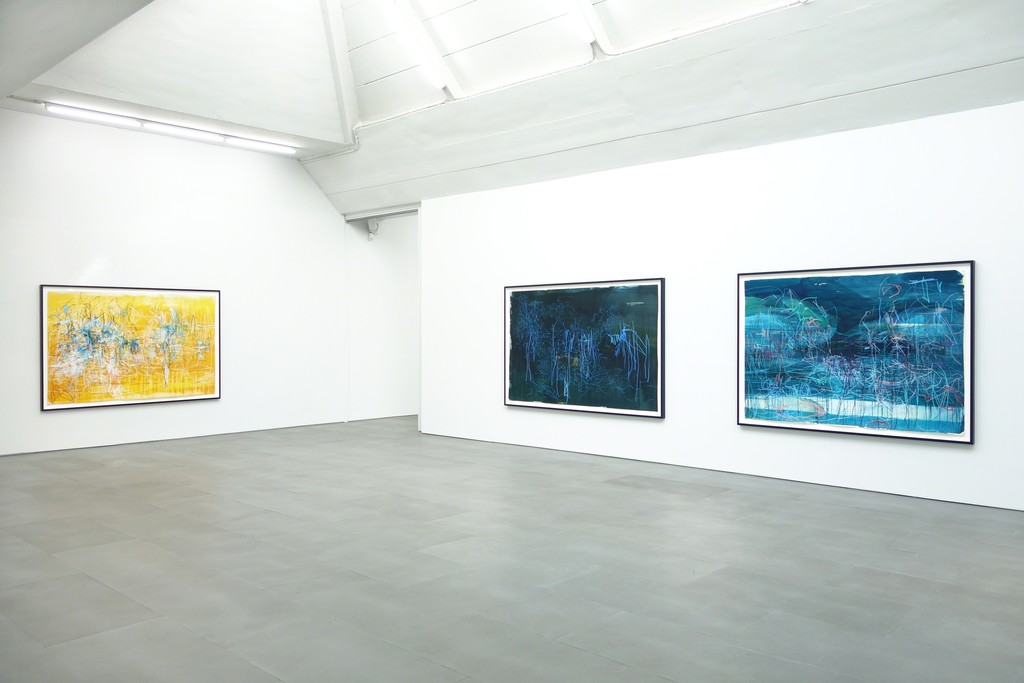 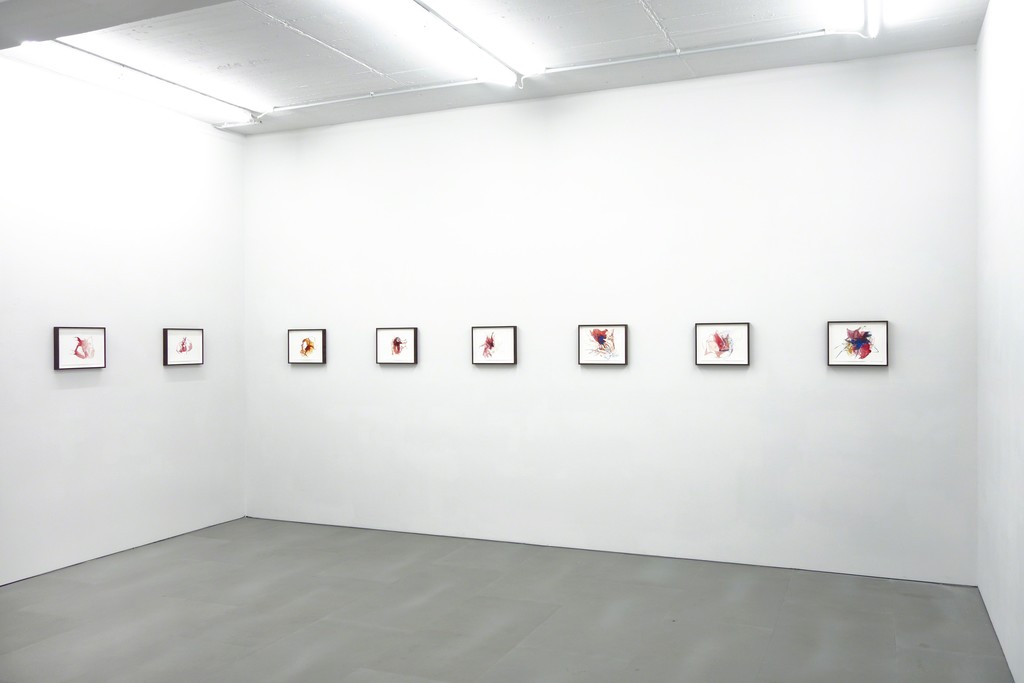 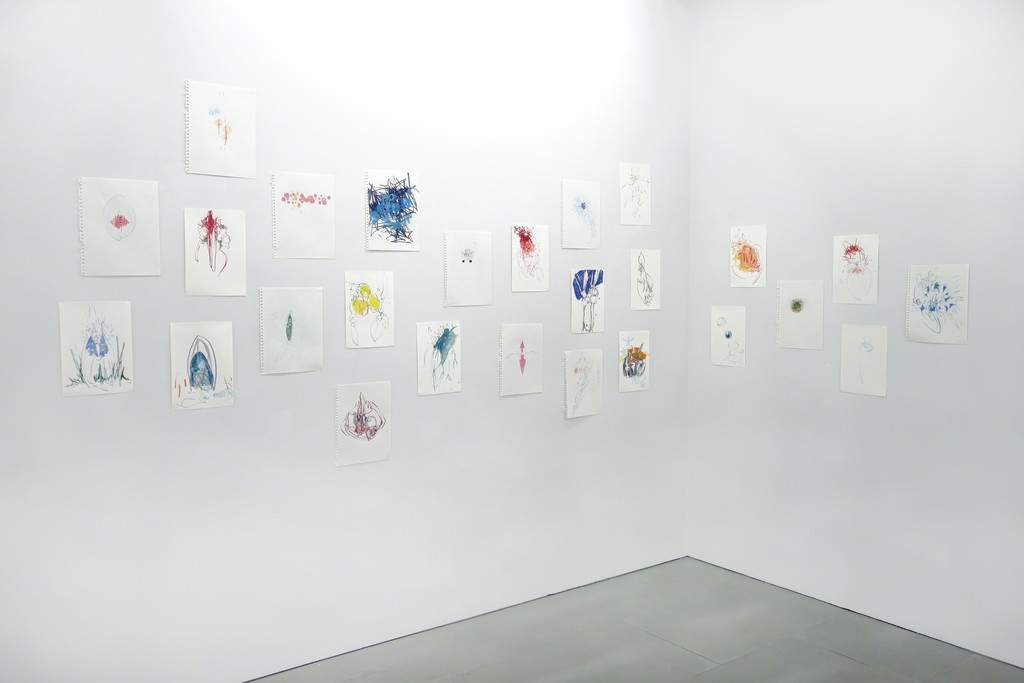 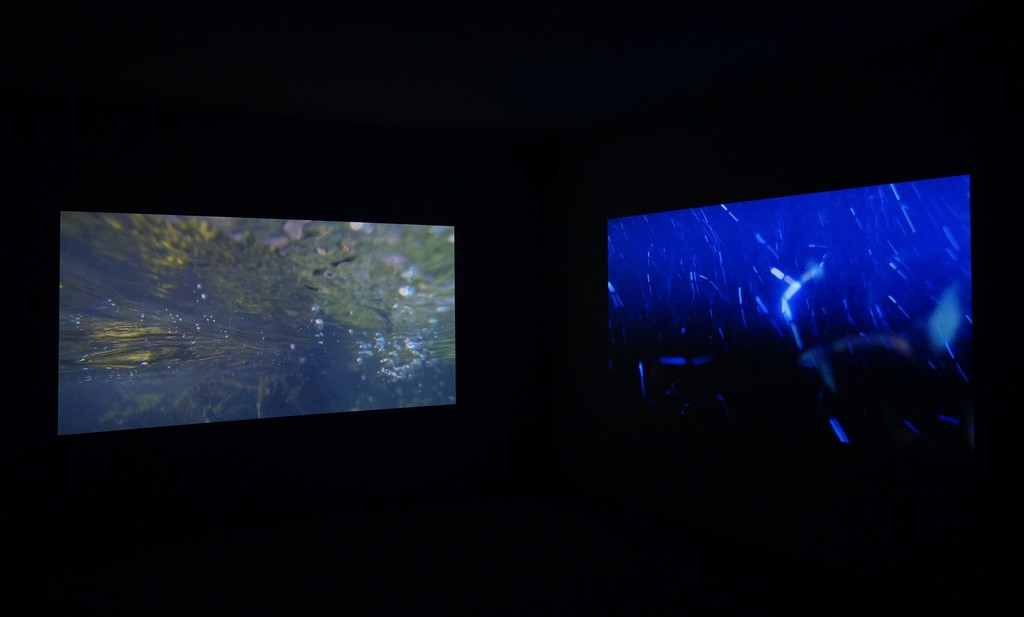 Press release
Janaina Tschäpe, Fernweh
13 June - 25 July 2015
Opening: Friday, 12 June 2015, 6-9 pm
carlier | gebauer is pleased to announce the Brazilian-German artist Janaina
Tschäpe’s fourth solo exhibition with the gallery, opening Friday, 12 June
from 6-9pm. The exhibition will include a new large-scale work on canvas, a
series of large-scale watercolors entitled Fernweh, a video by the same name,
and a series of watercolors.
Liquids, biomorphism, memory, hybridity, and the plasticity of subjectivity:
these associations offer only a brief introduction into the artist‘s layered
conceptual lexicon. Tschäpe’s work explores landscape as a site of
morphological transformation. The natural world forms the stage in which
abstract primordial scenes of longing, sex, and death play out, whether in
painting, sculpture, photographs, or on the screen.
The corporeal merges with flora and fauna in Tschäpe‘s mixed media work Girl
Watching a Bird on the Horizon (2015). A riotous play of sensual, cascading
markings unfurl across the 3 x 4 meter canvas. Elegantly biomorphic looping
lines evoke the female form rapturously multiplied ad infinitum, a swarm in
flight, or exuberant jungle overgrowth. Despite the work‘s title, there is
nary a physical horizon line in sight, suggesting that the horizon in question
is a personal one: the limits of one‘s knowledge, experience, and desires.
In Tschäpe’s video Fernweh, the water line forms a liquid horizon between the
stability of the shoreline and the otherworldliness of aquatic depths. Unlike
Tschäpe’s earlier videos, which evince a strong focus on the body in states of
transformation, Fernweh eschews depicting humanoid form in favor of vines,
schools of fish, and other marine life. The restless aquatic imagery combined
with the video‘s haunting ambient soundtrack suggest that another type of
subjectivity propels the camera’s gaze. As writer Rafael Vogt Maia Rosa
remarks, the post-experiential reality that the video depicts could also be
interpreted as unfolding through “the frightened eyes of a invertebrate [who
represents] the sacred weaknesses of many people.” The viewer’s heartbeat
connects with this phantom life-form’s “uninterrupted pronunciation of gutural
sounds, linked as mantras of a being in permanent mutation.”
This restless visions contained in the video find resonance in a related
series of works on view in the exhibition. Fernweh I, a large-scale mixed
media work on watercolor paper, depicts a phosphorescent tangle of sinewy
electric blue lines that delicately dance atop a washy, green-grey ground.
Deriving their titles from the German word for wanderlust, the landscapes in
this watercolor series propose an ethereal jumble of memory and desire.
Janaina Tschäpe (b.1973, Munich) lives and works in New York City and Rio de
Janeiro. Her work has been exhibited in prestigious international
institutions, including Jeu de Paume, Paris; IMMA, Dublin; Rubin Museum, New
York; Museu de Arte Moderna, Rio de Janeiro. Her work is held in distinguished
collections such as the Centre Pompidou, Paris; National Gallery of Art,
Washington; Solomon R. Guggenheim Museum, New York; Thyssen-Bornemisza Art
Contemporary, Vienna; and the Inhotim Centro de Arte Contemporânea, Minas
Gerais.