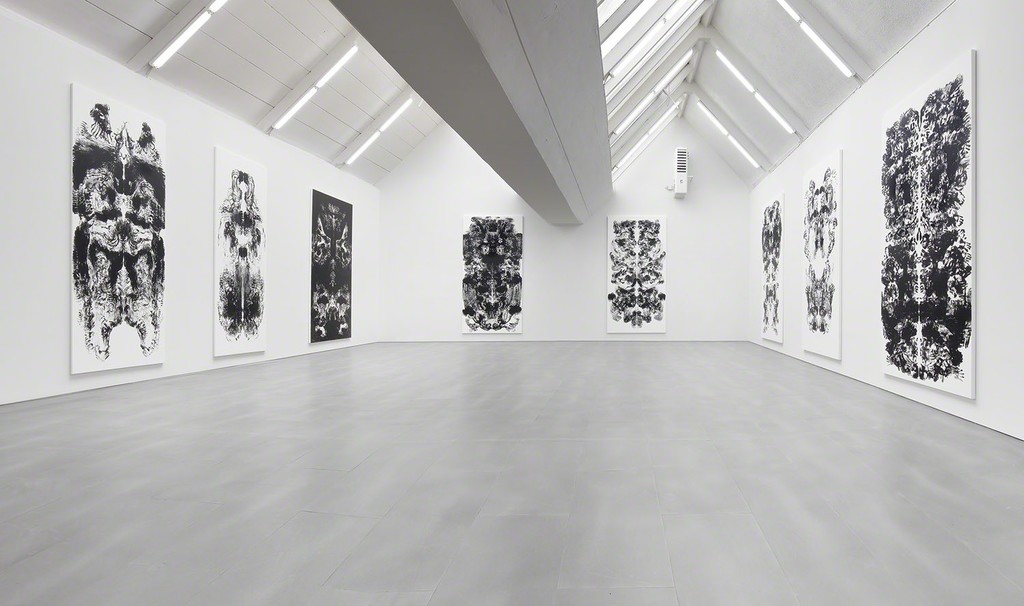 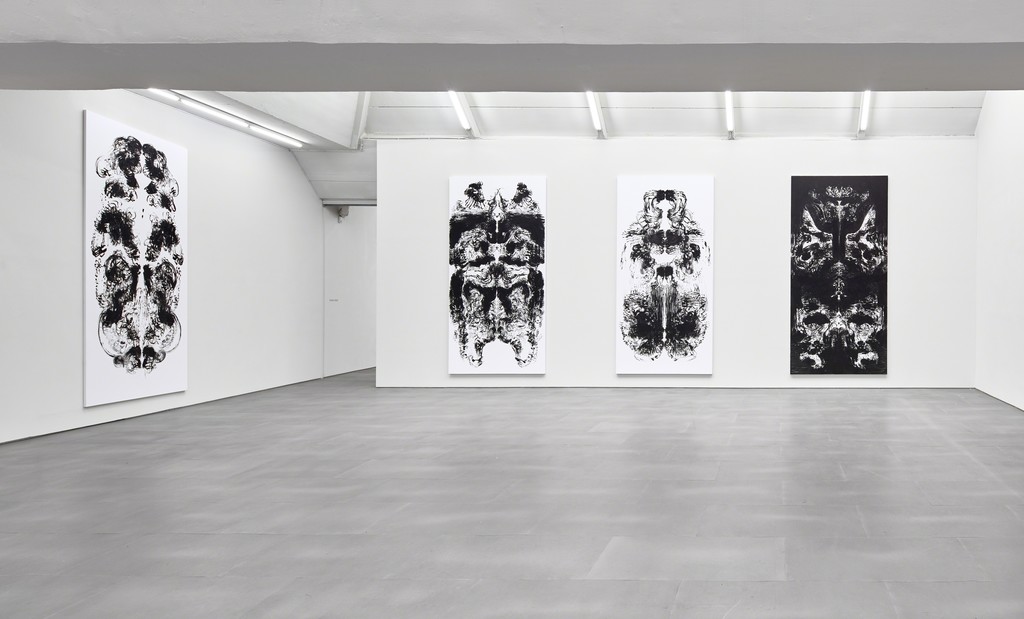 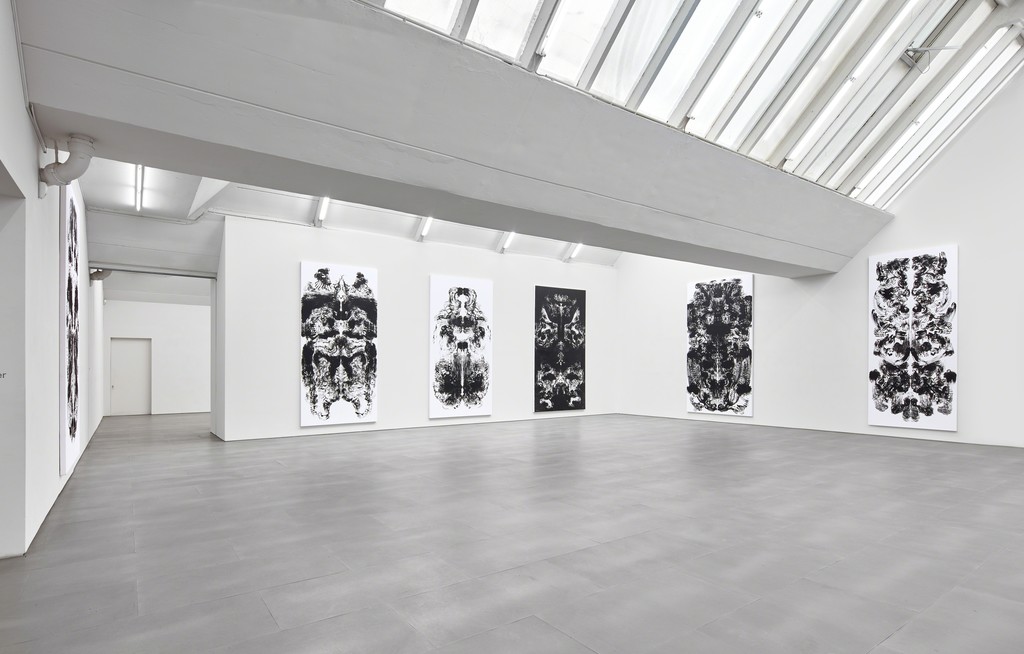 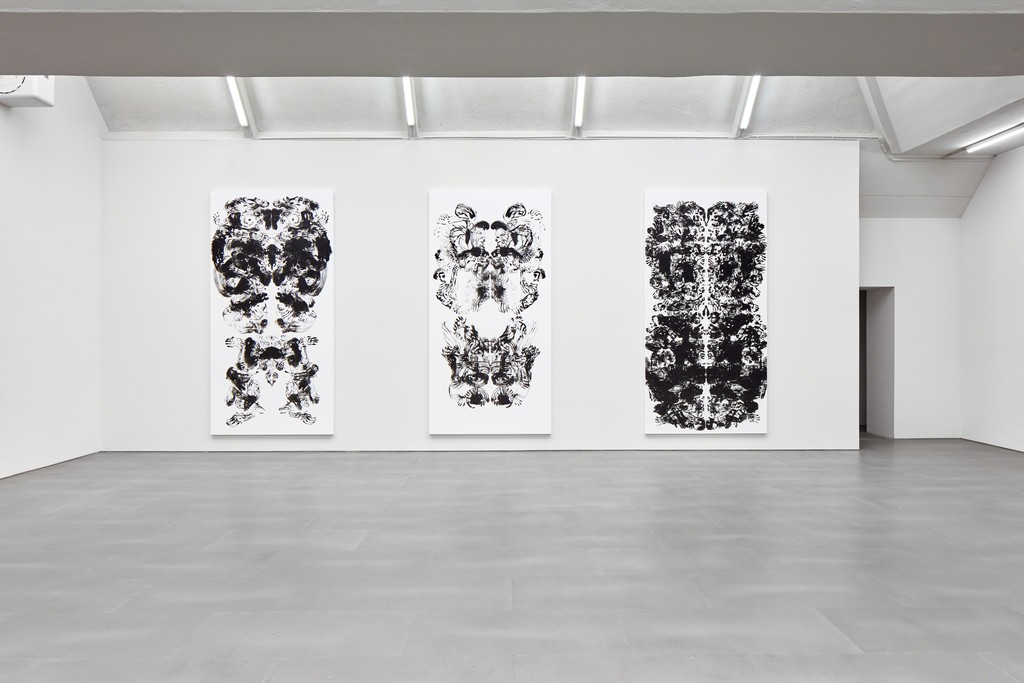 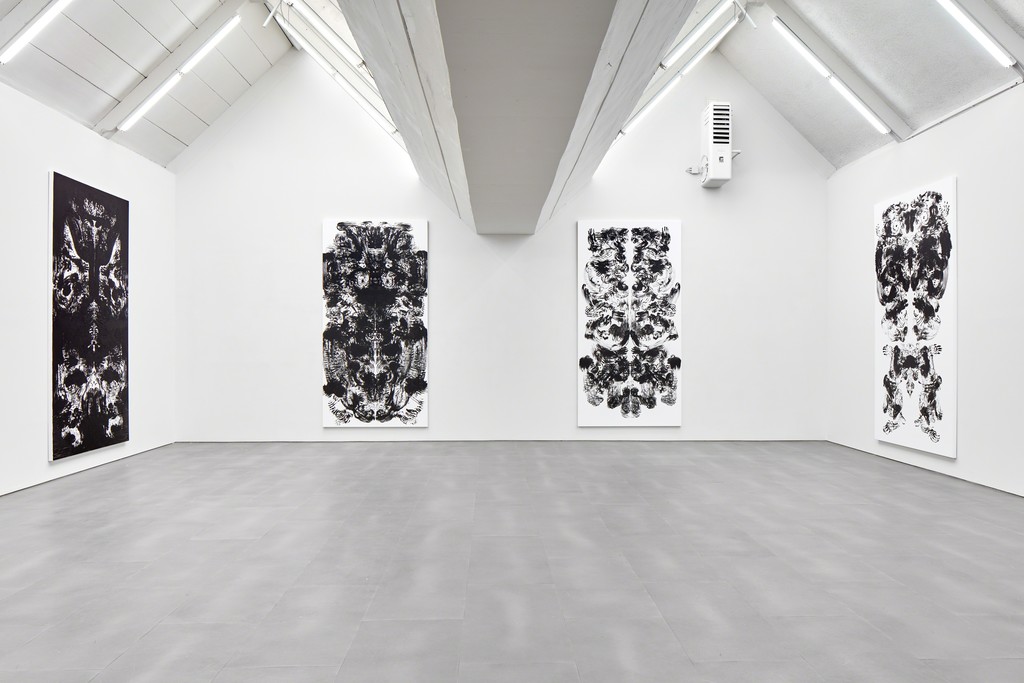 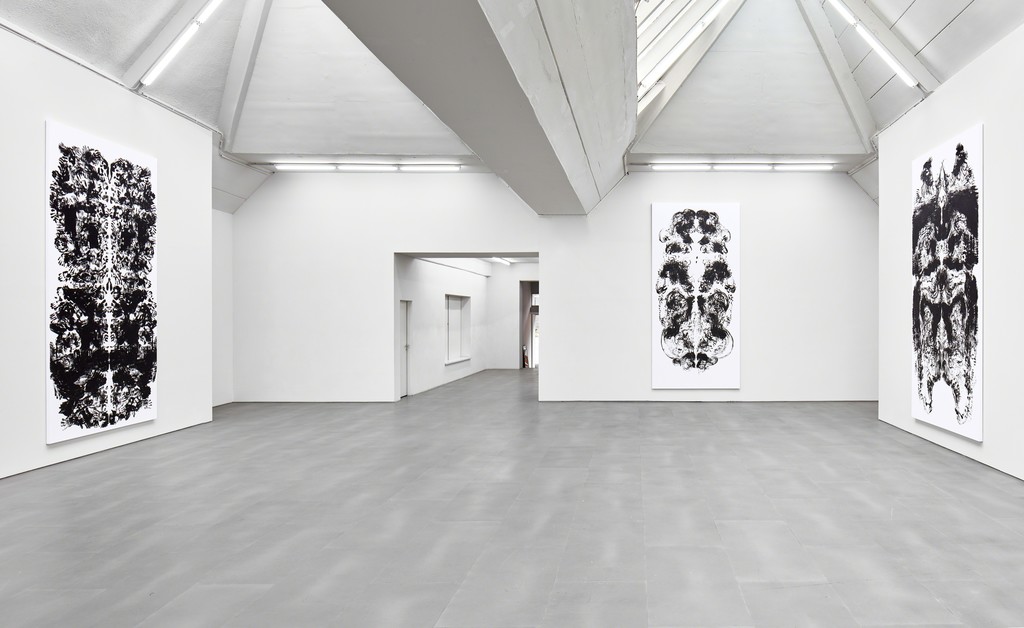 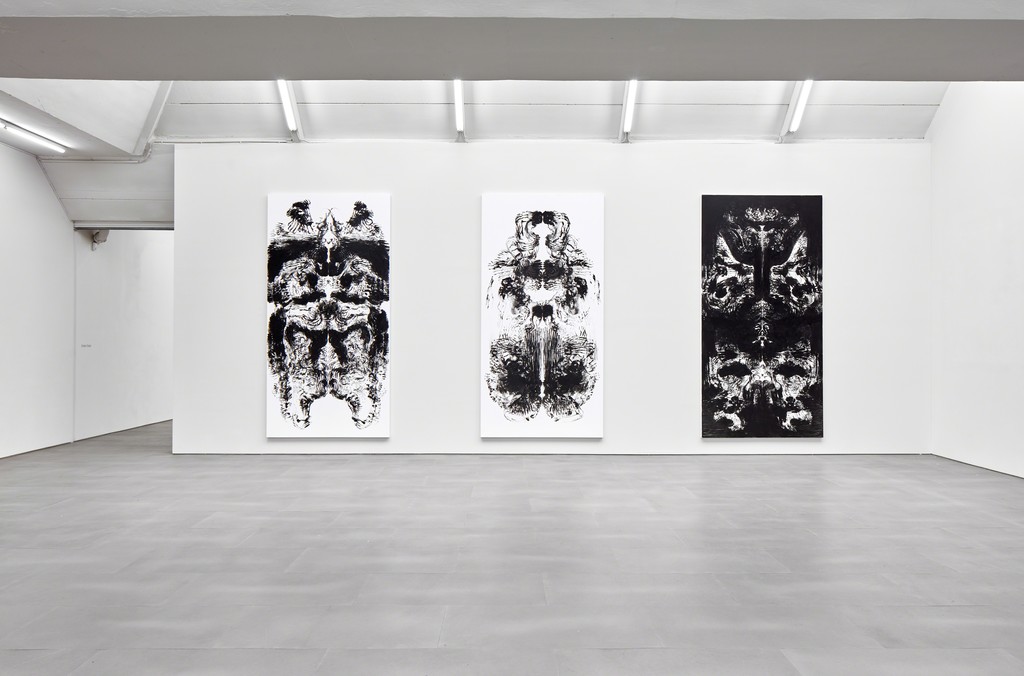 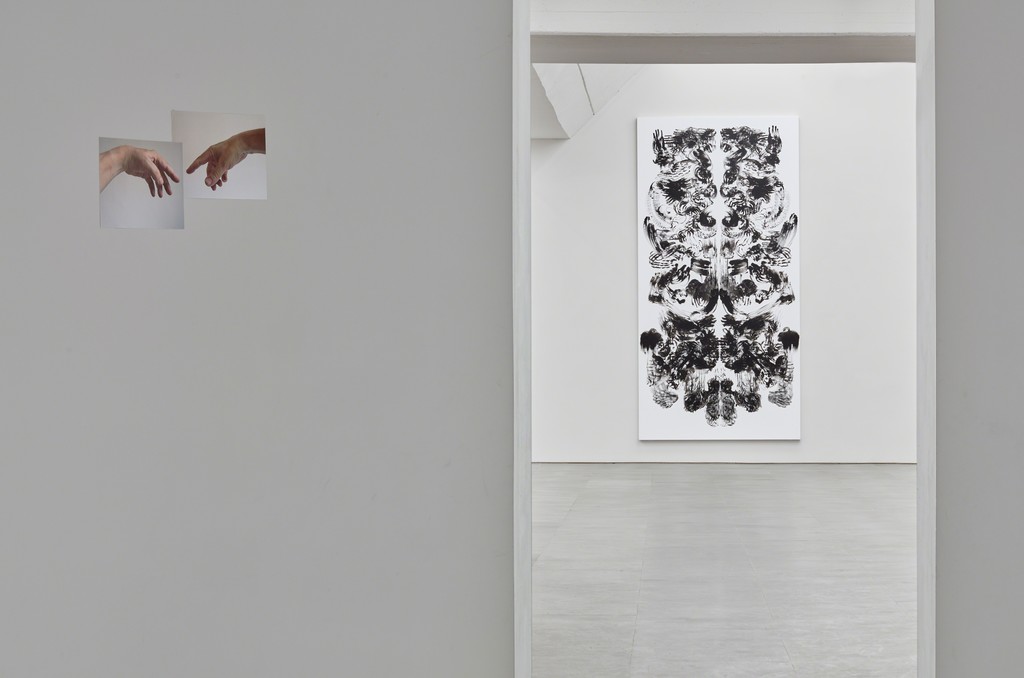 For his seventh solo exhibition with carlier | gebauer, the Turner Prize
winning artist Mark Wallinger will present his new series id Paintings.
According to Freud, the id, driven by the pleasure principle, is the source
of all psychic energy. Wallinger’s id Paintings (2015) are intuitive and
guided by instinct, echoing the primal, impulsive and libidinal characteristics
of the id.
These monumental paintings have grown out of Wallinger’s longstanding selfportrait
series, and reference the artist’s own body. Wallinger’s height
– or arm span – is the basis of the canvas size, they are exactly this measurement
in width and double in height. Created by sweeping paint-laden
hands across the canvas in active, freeform gestures, the id Paintings bear
the evidence of their making and of the artist’s performed encounter with
the surface. The perceptible handprints within the paint recall cave paintings
and signpost a single active participant. The paintings are apprehended
at the point of arrest, encouraging forensic examination. Wallinger uses
symmetrical bodily gestures, causing the two halves of the canvas to mirror
one another. Through this process, reference could be made to the bilateral
symmetry of Leonardo da Vinci’s ‘Vitruvian Man’, an ideal representation of
the human body and its denotations of proportion in mirror writing.
The paintings bear a deliberate visual resemblance to the Rorschach test: in
recognizing figures and shapes in the material, the viewer reveals their own
desires and predilections, or perhaps tries to interpret those of the artist.
In Ego (2016) two iphone photos depict the hands of their creator: the artist
Mark Wallinger. The work, doubly hubristic, is a recreation of Michelangelo’s
Creation of Adam.
For Shadow Walker (2011) Wallinger captures his shadow walking along Shaftesbury
Avenue, in London’s Soho. The shadow moves fluidly over passing
strangers and slides up and down the kerbstones. It navigates the chewed
gum, spilt alcohol and worse. Before long it assumes an autonomous existence
as ‘real’ as the artist’s actual body. His creation becomes a modern-day
version of Peter Pan’s lost shadow.
Mark Wallinger (*1959) lives and works in London. Wallinger received the
2007 Turner Prize after a previous nomination in 1995 and represented Great
Britain at the Venice Biennale in 2001. Wallinger has held solo exhibitions
at the Serpentine Galleries in London, Museum for Gegenwartskunst in Basel,
Switzerland, Palais des Beaux Arts in Brussels, Belgium, Vienna Secession,
the Neu Nationalgalerie in Berlin, Museo de Arte Carillo Gill in Mexico City
and the Aargauer Kunsthaus, Aarau in Switzerland. His work is part of leading
international museums’collections including Tate, London, England, MoMA,
New York NY and Centre Pompidou, Paris, France.