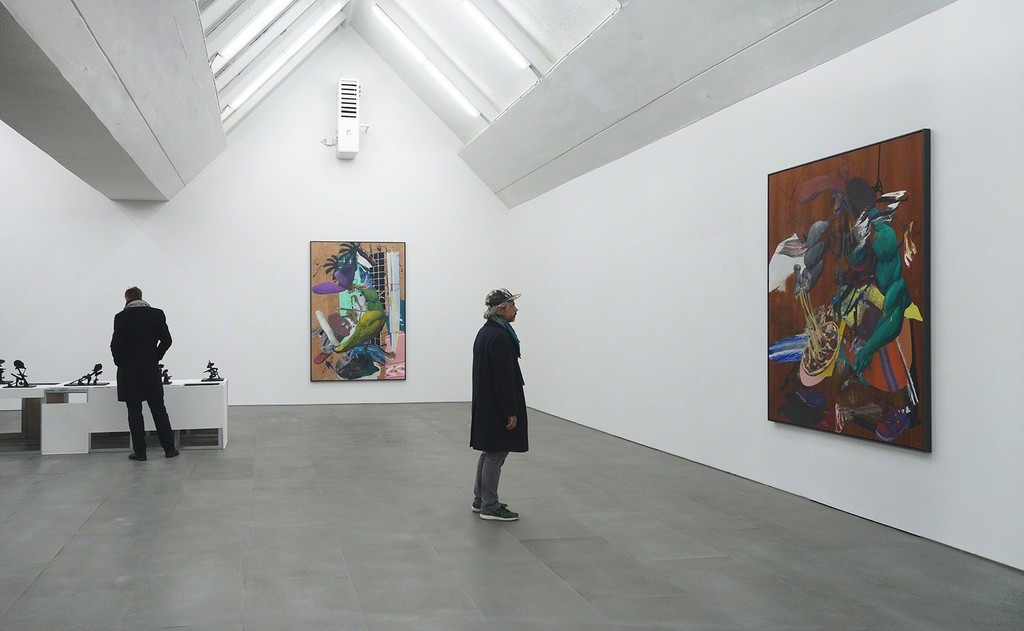 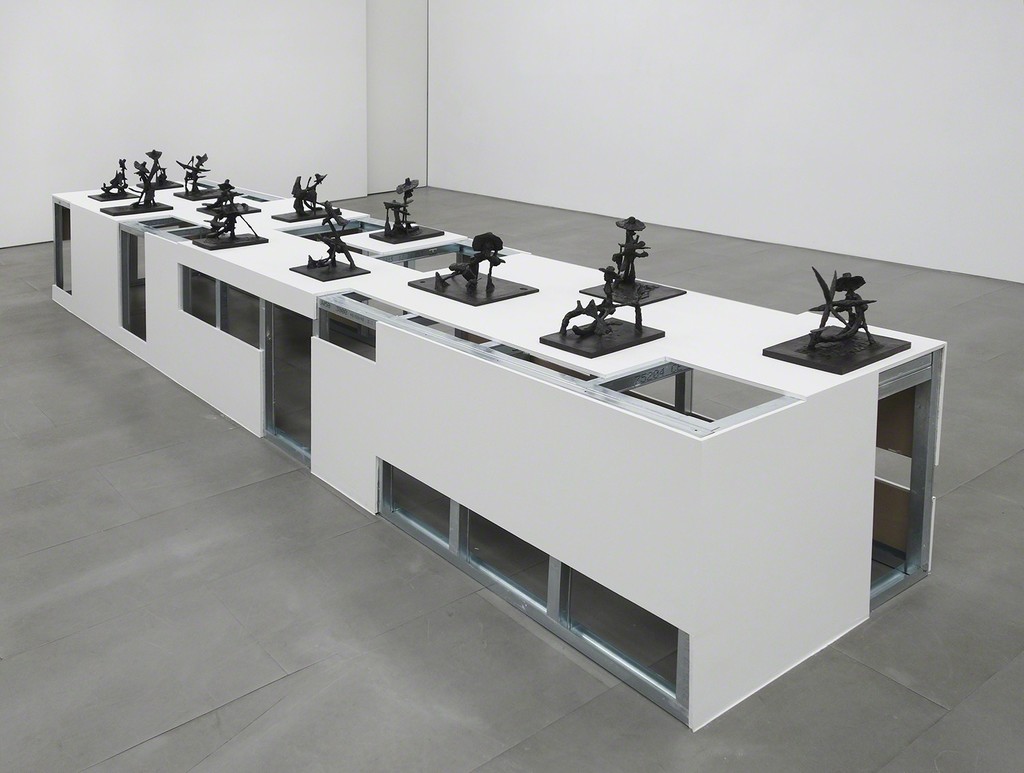 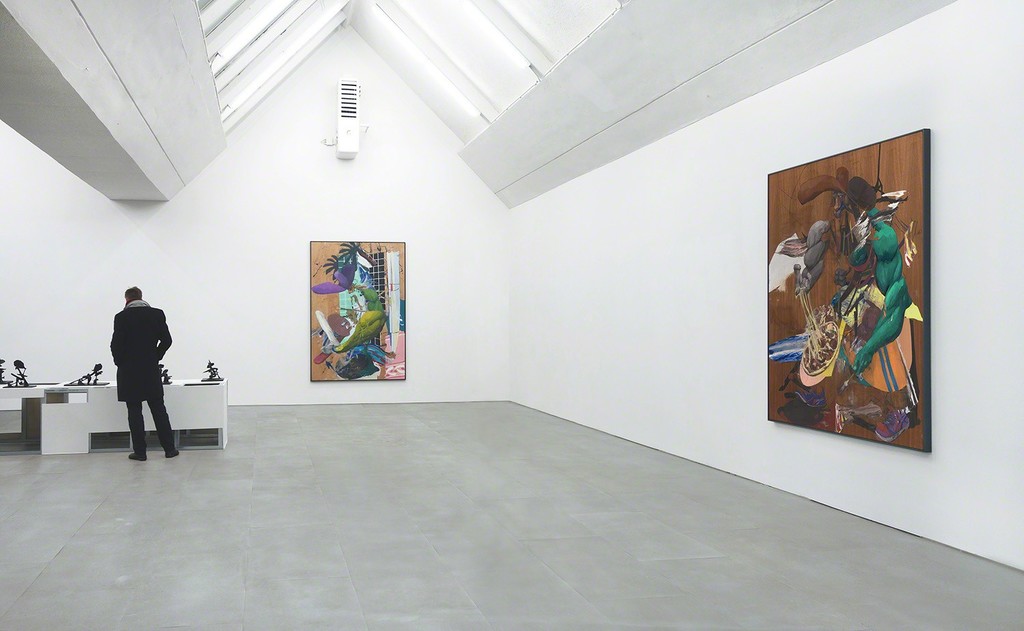 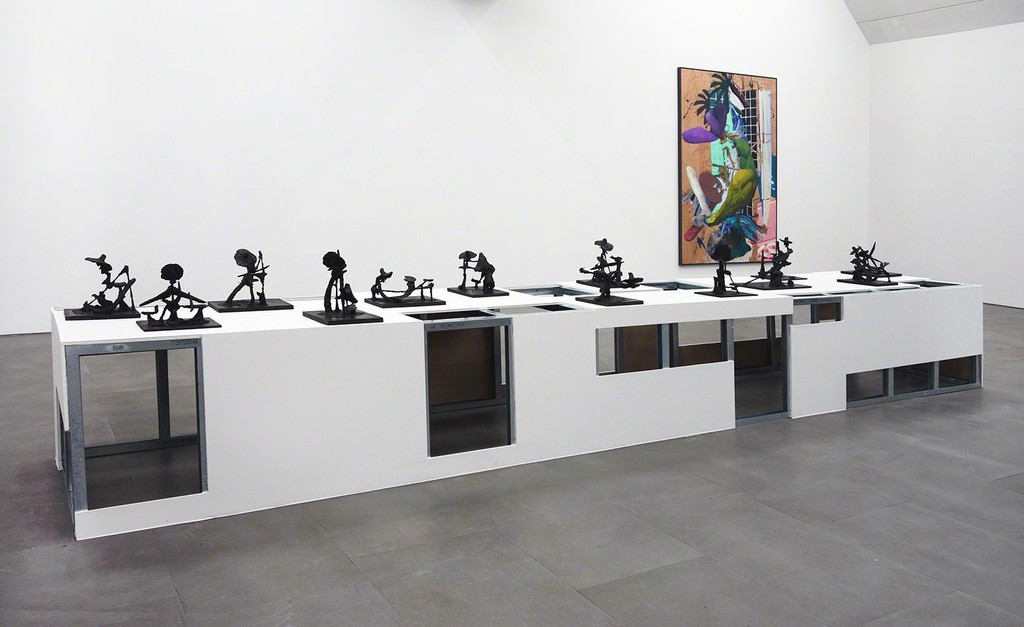 Peter Stauss | The Invisible and the Third Hand

carlier | gebauer is pleased to announce a solo exhibition with gallery artist
Peter Stauss, opening Friday, 6 November from 6 - 9 pm.
For his third solo exhibition with the gallery, Stauss will present a series of
large-scale oil paintings alongside related small-scale bronze sculptures.
The Invisible and the Third Hand focuses on a single character, who appears
throughout the works on view in different permutations: the Dutch master.
Although their significance may not seem immediately apparent, the legacy of
Dutch master paintings weighs heavily on our present. Their depictions of the
emergence of an inchoate capitalism begs comparison to our contemporary system
of alienated labor, speculation, and futures dealing.
In Stauss‘ painterly investigations the Dutch master appears as a sign
without a real body, reduced only to his hat. These expressively rendered,
outsized accessories seem to dwarf those who wear them. In one painting,
the brim of a tall green hat dramatically flips upward to reveal an
earnest face that equally recalls a greyhound dog and a once-angular humanoid
visage that has deflated like a balloon. A sinewy purple arm raises a large soda
to the figure‘s concerned face while long, well-formed fingers proudly display a
hamburger. At the bottom of the work, a distended foot seems ready to step out
of the painting. This distorted body, which appears more like a superhero on a
diet than some- thing that could properly be described as human, seems to be
wasting away while „nourishing“ itself with its hands and plotting escape with
its feet.
The poppy, vibrant compositions in the exhibition signal a clear departure in
style for Stauss. While earlier works depicted wild, animated scenes with
multiple characters, the newer paintings fuse—or perhaps more accurately
prise open—seemingly disparate body parts and objects into an individual figure
with each component forming a constitutive element of the painting itself.
A key reference point for the exhibition is Rembrandt‘s The Anatomy Lesson of
Dr. Nicolaes Tulp (1632), which depicts one of the anatomy lessons that were
common teaching opportunities and social events in the 17th century. The public
autopsy of criminal cadavers posits the body as a site to be explored, which
resonates with Stauss‘ investigation of the body as an open space—a notion
in- fluenced by the French philosopher Jean-Luc Nancy. As Nancy writes, “the
body is that which gives rise to (but literally, gives space or gives room to)
existence. The body is that which spaces space: ‘It is the very plasticity of
expansion, of extension according to which existences take place.”
Peter Stauss (b. 1966, Germany) lives and works in Berlin. He has recently
exhibited at Kunsthalle Marcel Duchamp, Switzerland; Helsinki Contemporary,
Deichtorhallen, Hamburg; and Drawing Room, London.