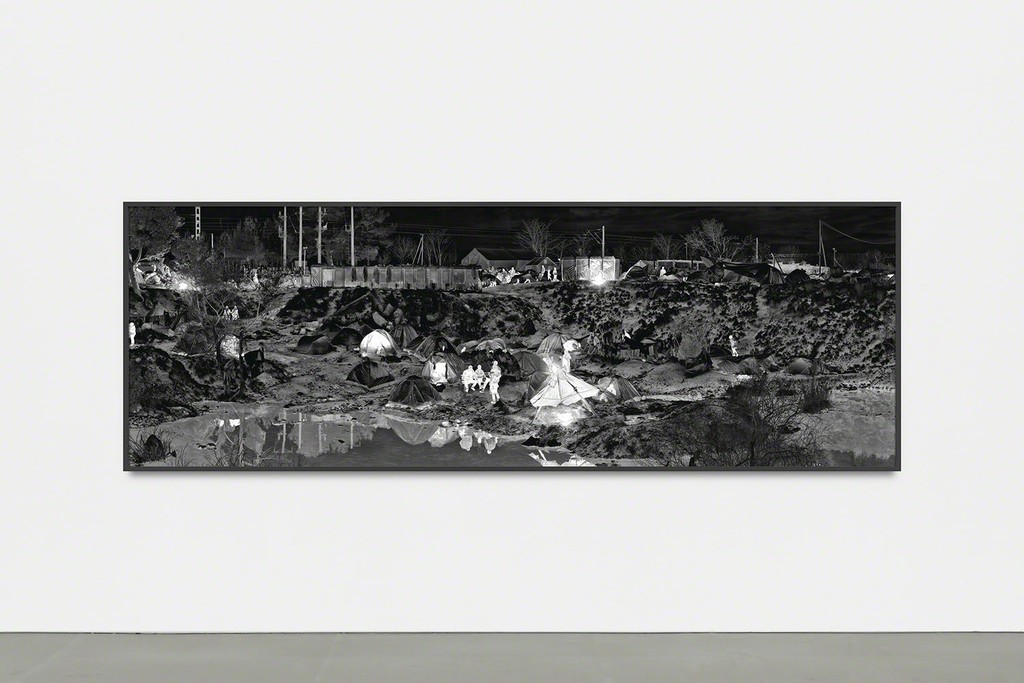 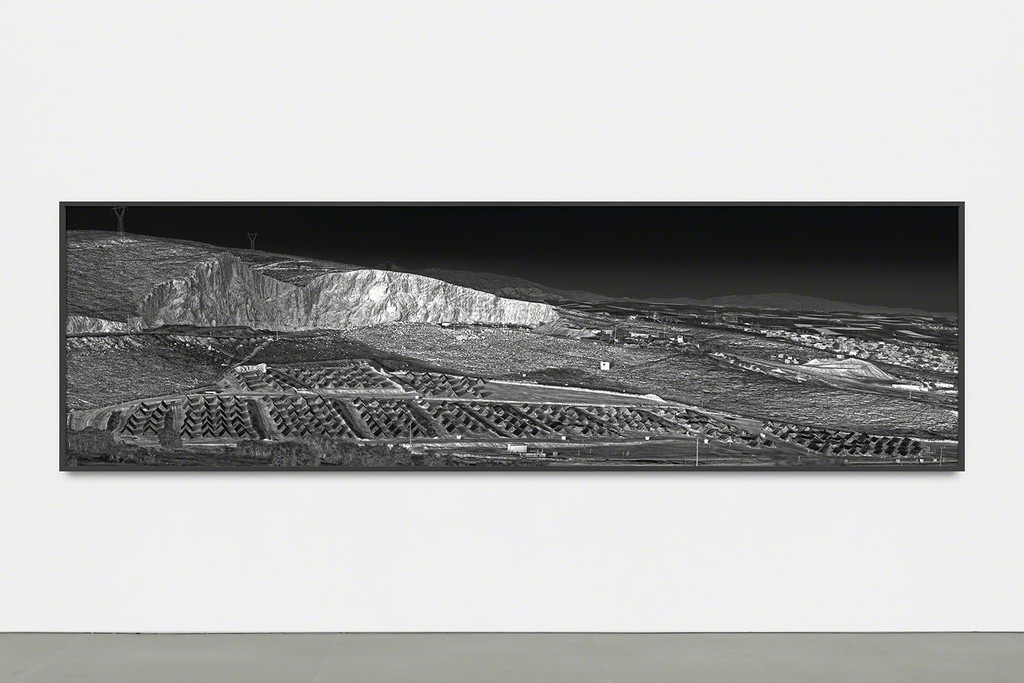 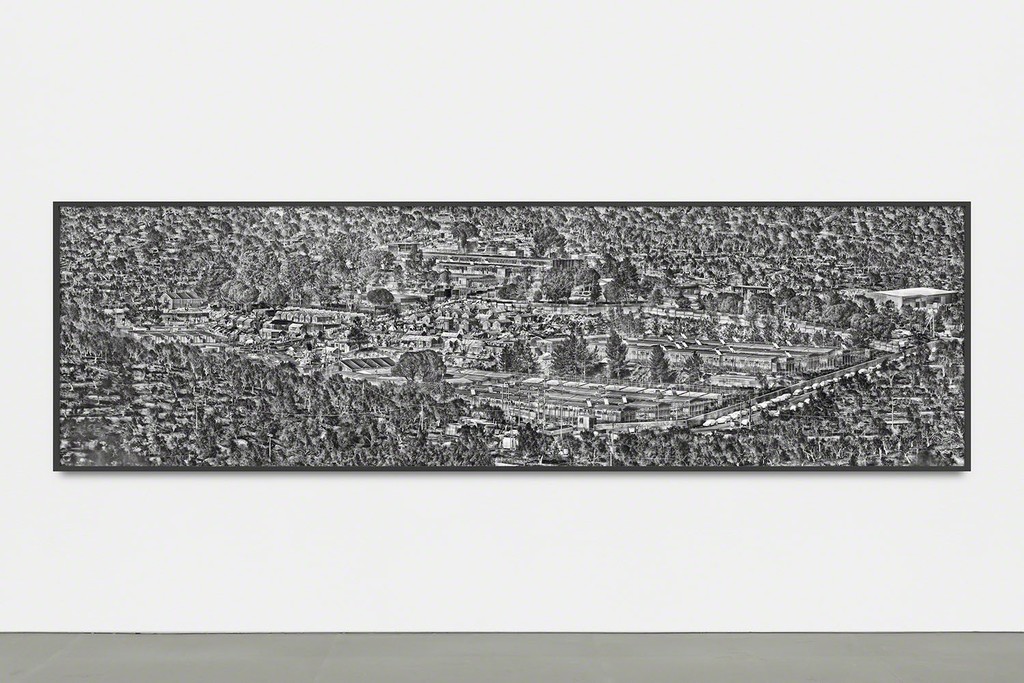 carlier | gebauer is pleased to present Heat Maps, a new body of work by Richard Mosse. Heat Maps attempts to foreground the biopolitical aspects of the refugee and migration situation that is facing Europe, the Middle East and North Africa. The project charts refugee camps and other staging sites using an extreme telephoto military grade thermographic camera that was designed to detect and identify subjects from as far away as fifty kilometers, day or night.

The camera itself is export controlled under the International Traffic in Arms Regulations — it is regarded as a component in advanced weapons systems and embargoed as such — and was designed for border surveillance and regulation. It can be seen as a technology of governance, a key tool in what Foucault and Agamben have described as biopower. It is an apparatus of the military-humanitarian complex.

The camera translates the world into a heat signature of relative temperature difference, literally reading the biological trace of human life - imperceptive of skin colour - as well as proximity to death through exposure or hypothermia, even from a great distance. The living subject literally glows, and heat radiation creates dazzling optical flare.

Instead of individuals, the camera sees the mass — in Foucault’s words: massifying, that is directed not as man-as-body, but as man-as-species. It elicits an alienating and invasive form of imagery, but also occasionally tender and intimate, tending to both dehumanize and then rehumanize the bare life (Agamben) of the human figure of the stateless refugee and illegal economic migrant, which the camera was specifically designed to detect, monitor, and police.

The camera is used against itself to map landscapes of global displacement and more powerfully represent ambivalent and charged narratives of migration. Reading heat as both metaphor and index, these images attempt to reveal the harsh struggle for human survival lived daily by millions of refugees and migrants, seen but overlooked by our governments, and ignored by many.

Heat Maps is the debut exhibition of an ambitious new body of work by Mosse, which will be shown at the Curve in London’s Barbican Art Gallery, opening February 2017, as well as the National Gallery of Victoria in Melbourne, later that year.

Richard Mosse has developed a body of photographic and filmic work that is both unabashedly aesthetic and fraught with political and ethical implications. His Infra series, created between 2010-2015, offers a radical rethinking of how to represent war as complex and intractable as the ongoing conflict in eastern Democratic Republic of Congo.

Richard Mosse (b.1980) lives and works in New York and the Ireland. He is a recipient of the Deutsche Boerse Photography Prize, the Yale Poynter Fellowship in Journalism, the B3 Award at the Frankfurt Biennial, the Guggenheim Fellowship, a grant from the Pulitzer Center on Crisis Reporting, and the Leonore Annenberg Fellowship. His immersive six-channel 16mm infrared film installation The Enclave was exhibited at the National Pavilion of Ireland during the 55th Venice Art Biennale. Mosse has exhibited in solo and group exhibitions internationally at venues such as Louisiana Museum of Modern Art, Humlebæk; FOAM, Amsterdam; Portland Art Museum, Oregon; National Gallery of Victoria, Melbourne; The Nasher Museum, North Carolina; Reykjavik Art Museum, Irish Museum of Modern Art; Akademie der Kunste, Berlin; MIT Boston; Lille3000; Kunsthaus Graz; MCA Chicago, and others.