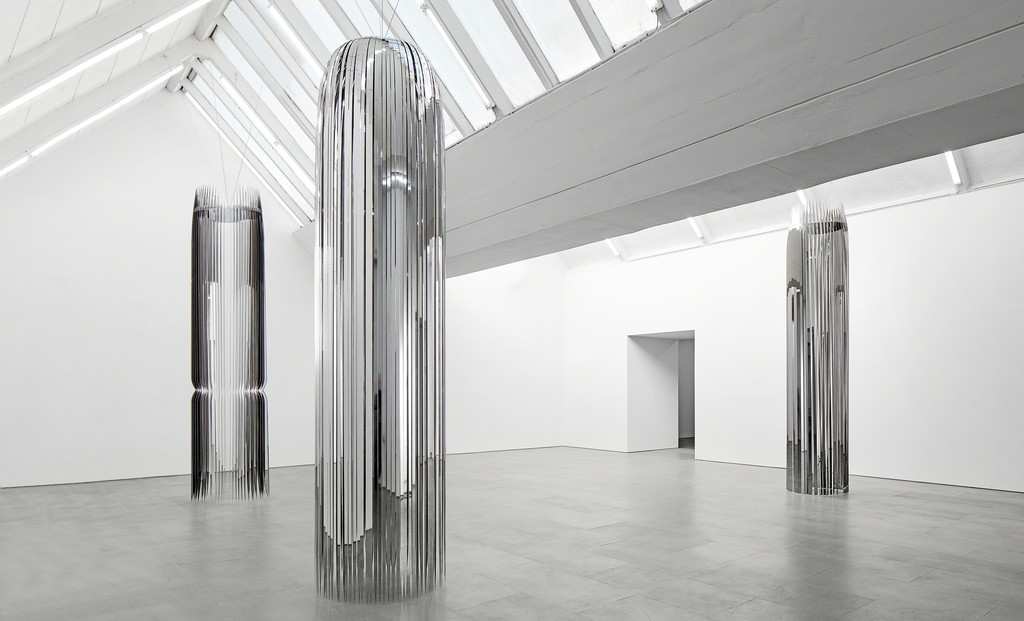 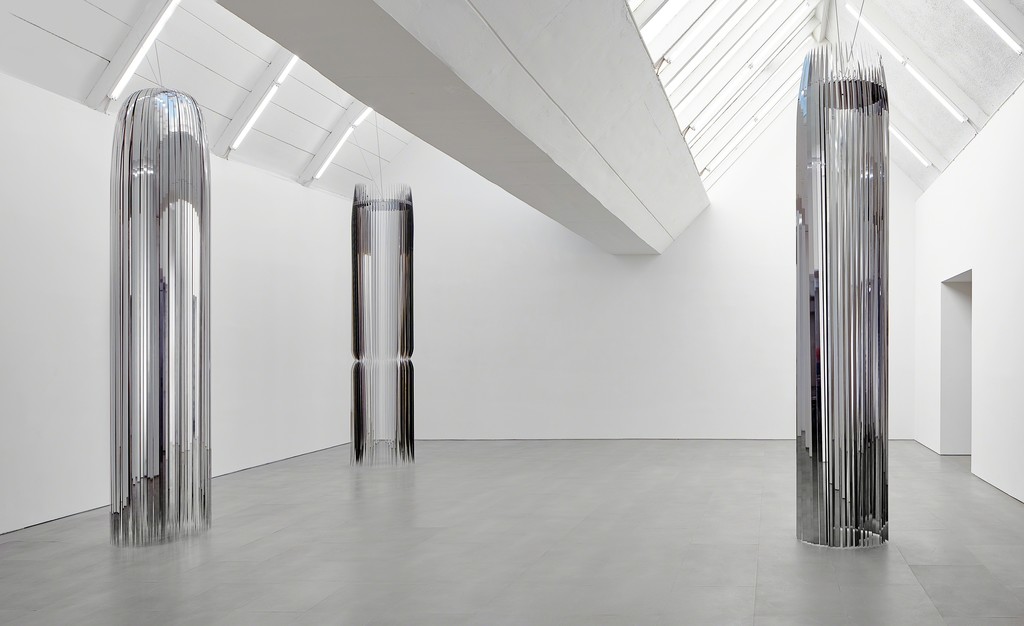 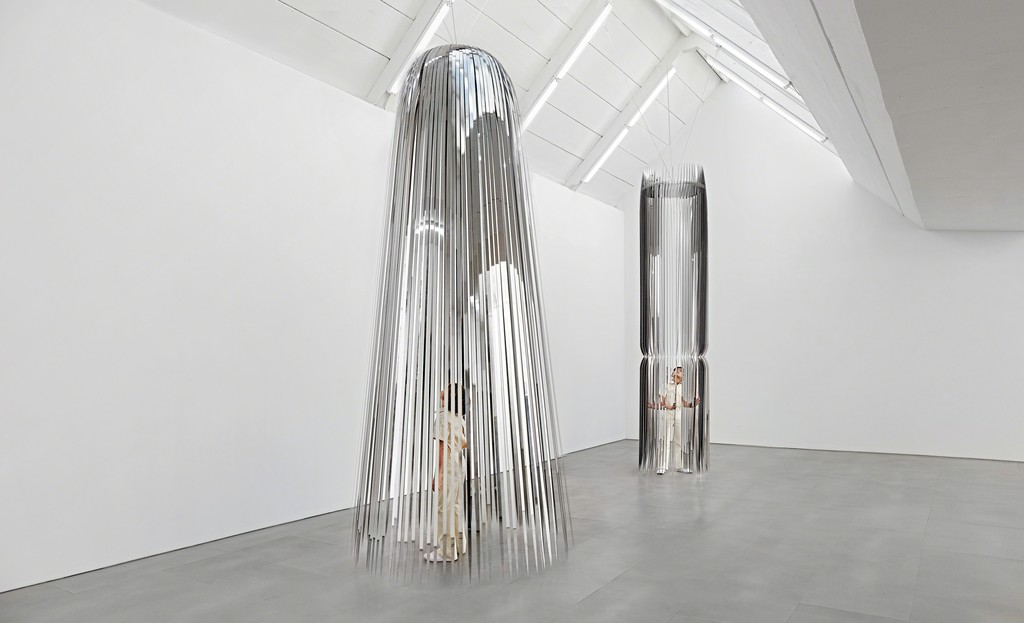 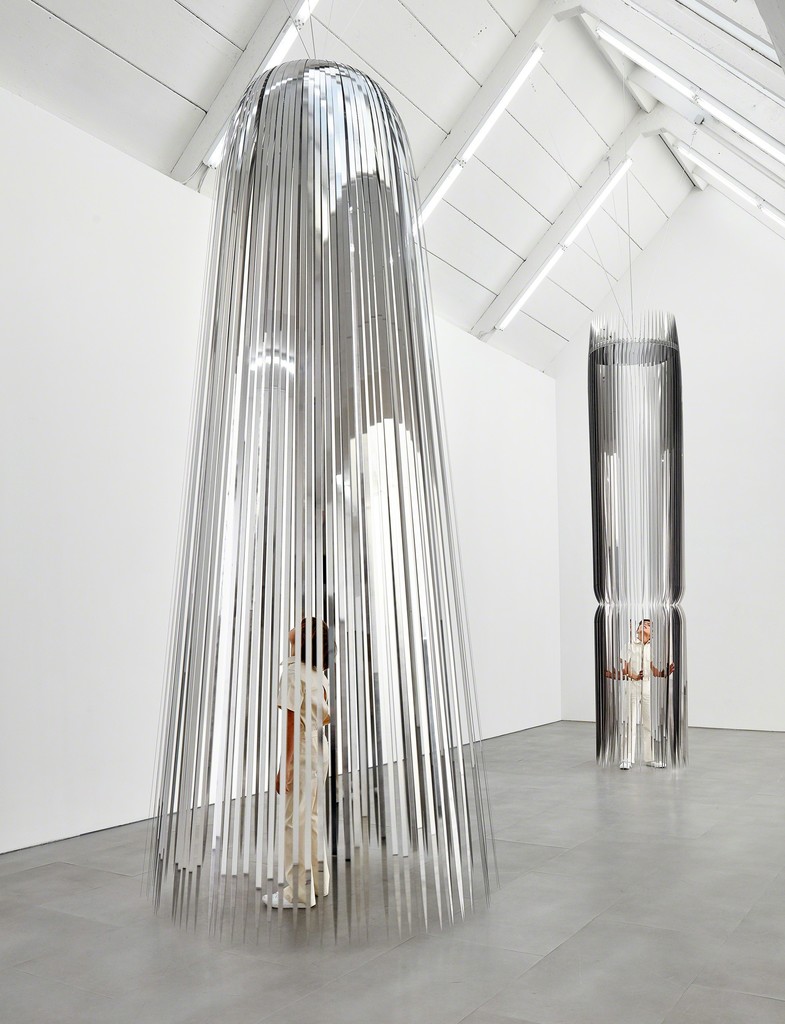 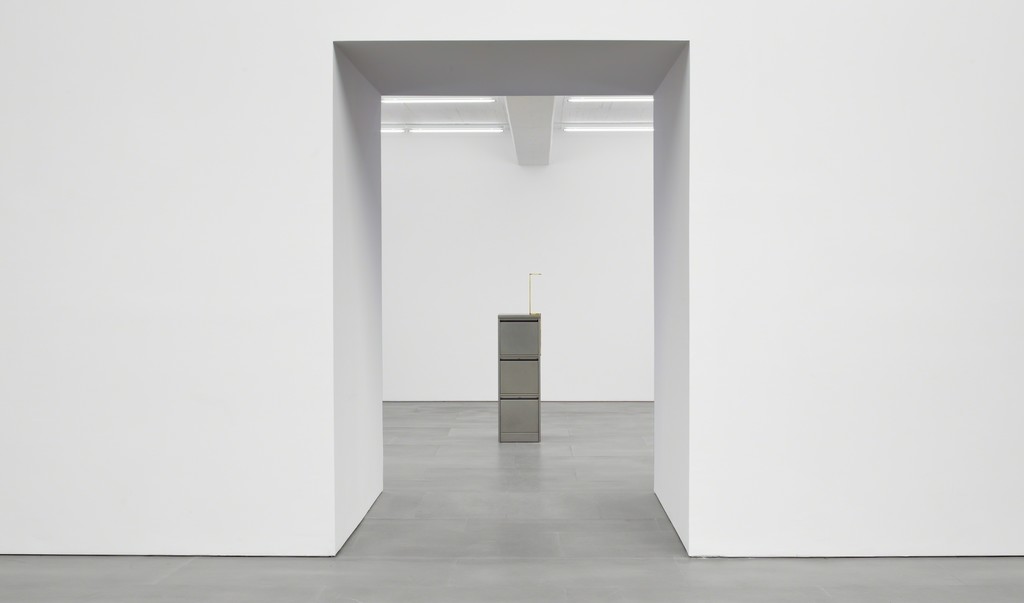 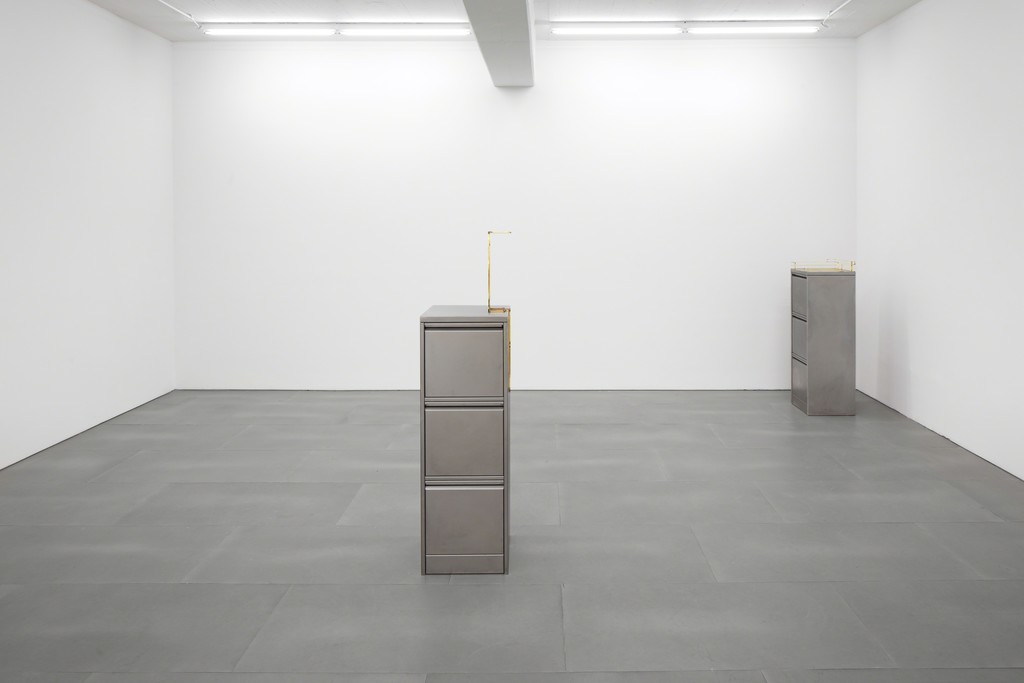 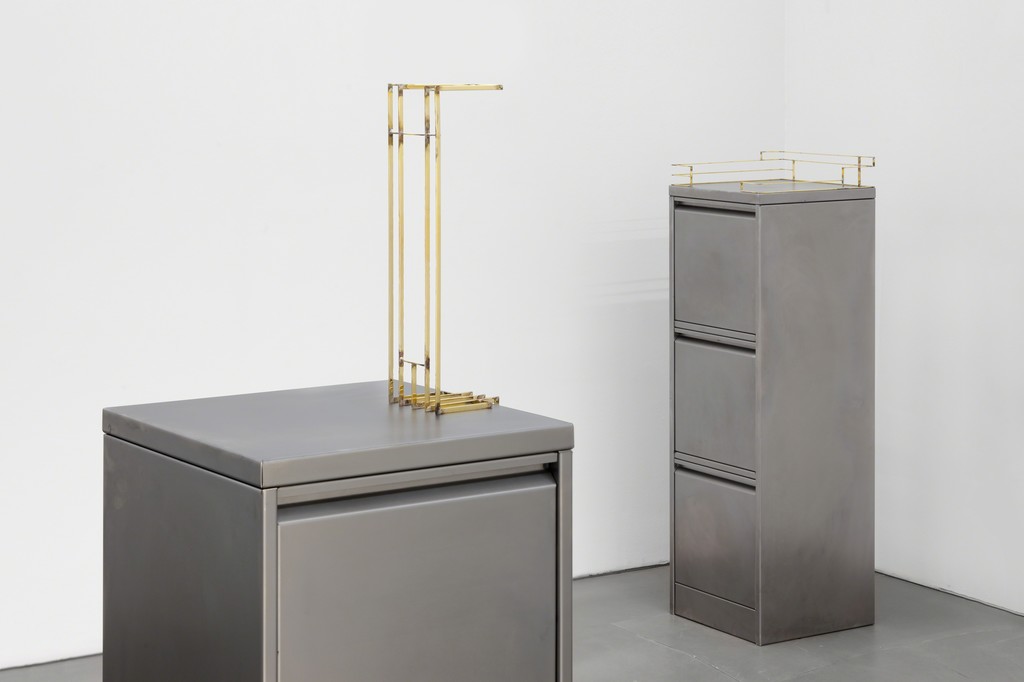 carlier | gebauer is pleased to announce a solo exhibition of new works by Swedish-Palestinian
artist Tarik Kiswanson. This will be his second solo exhibition with the gallery. Through
sculpture, performance, and writing, Kiswanson’s practice reclaims and hybridizes personal,
cultural and political histories and, in doing so, produces modalities of relation and perception
that elicit the contingency of memory, migration, displacement, and interstitiality.

Édouard Glissant’s notion of the “poetics of relation” has greatly influenced the kinetic and
responsive qualities of Tarik Kiswanson’s work. As our contemporary moment is one of accelerating
multiplicity, thinking relationally can help to actualize a shared world of “infinite difference”.
Kiswanson’s practice seeks to translate this idea to the level of perception. A feeling of
instability pervades interactions with the artist’s works: highly sensitive to their context, his
sculptures respond to their spatial environment by multiplying, refracting, and reflecting their
viewers and the surrounding architecture. Whereas Kiswanson’s previous engagements with
métissage — which can be understood in his practice as the merging and blurring of origins to
uncover unwritten pasts—often had specific material references (amongst other heirlooms,
Palestinian embroidery and family silverware), his new works also emerge from a personal space,
yet one specifically invested in the elusiveness and variability of memory.

The exhibition takes dreams, visions, and spatial sensations from childhood as its starting
point. A series of slender, highly polished steel sculptures will be suspended from the gallery
ceiling. Extending nearly to the floor, these hollow cocoon-like structures will appear to
levitate. Kiswanson calls his new series of suspended works “Vestibules” — a term that refers
both to the structure of the organ in the inner ear that regulates vision and balance as well as
to architectural antechambers — quite literally a space between. These organic forms constantly
vibrate and rotate. Their shapes are derived from elements of Roman and Islamic architecture, as
well as small mechanical pieces used in motor engines. Called Father Forms, these new sculptures
obliquely reference the artist’s father, who as a teenager served in the Jordanian Army
repairing engines and ventilation systems before exiling to Sweden two decades later where he
initially found work in a metal factory and was an avid weekend gardener. The razor thin vertical
lines of these suspended forms at times recall sharp, foreboding flower bulbs — evoking the
contrast between the heat of mechanical work in the desert and flowers in a cold, Scandinavian
landscape.

Unlike previous sculptures, the new metal works beckon you to enter them. Each Father Form
becomes a sort of portal, a vessel for a trance-like experience. Upon entering, the
spectator will become multiplied, obliterated, and disjointed by the multiple reflections. This
sensation is amplified by the profound sonority of the work — it’s an experience that envelops the
entire body. Evocative, quasi-hermaphroditic forms, these sculptural vessels blur the boundaries
between inside and outside, opening and enclosure, the individual and the collective. The
spatial and optical experiences that Kiswanson creates with his Vestibules derive from the highly
particular experience and perspective of a first generation migrant. Hybrid, unstable, contingent:
always both and neither. He pushes memory and form to the brink of evanescence, rendering them
something new — something that fully belongs neither here nor elsewhere.