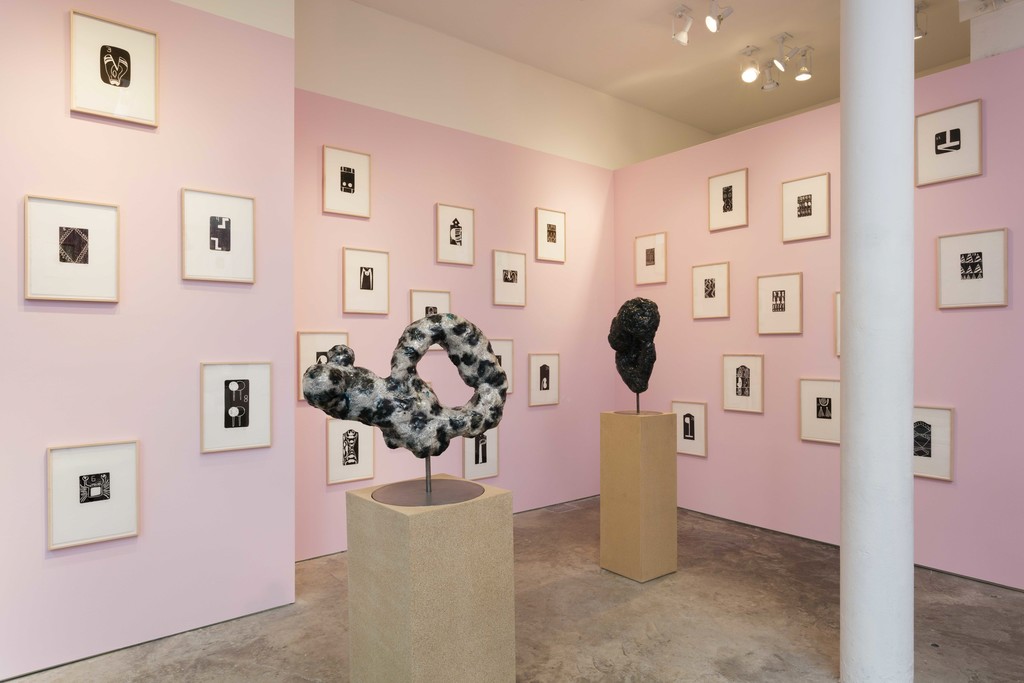 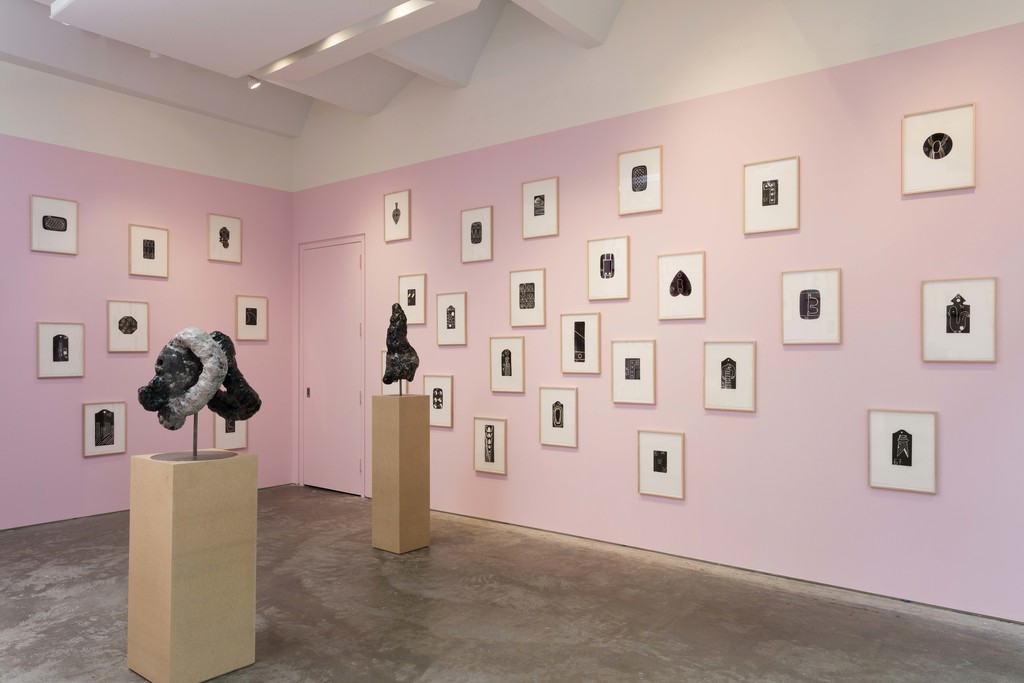 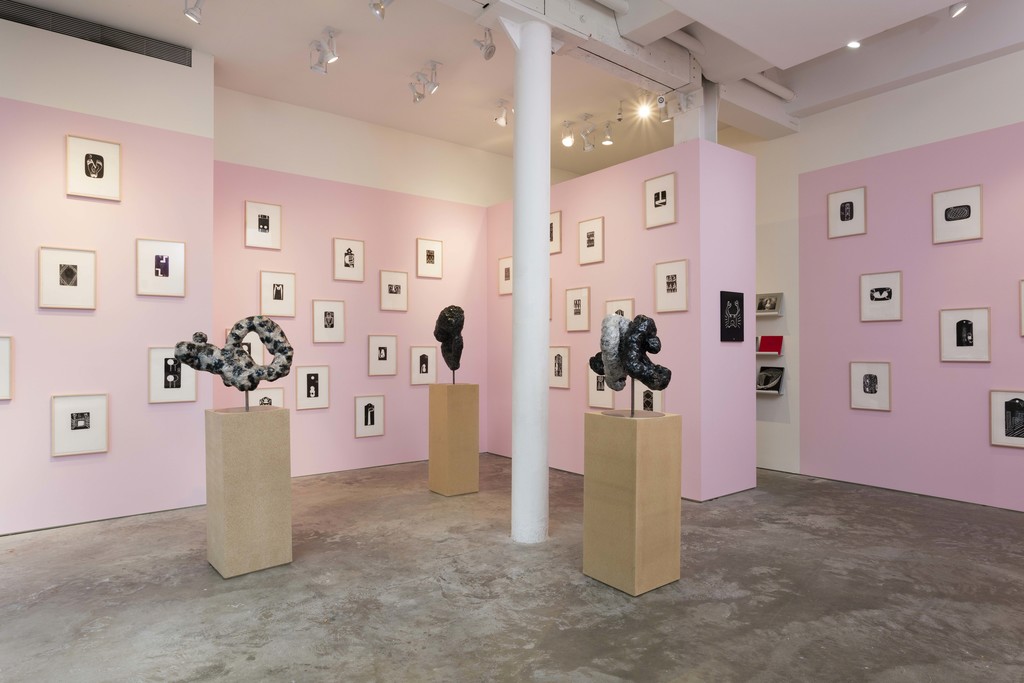 Carolina Nitsch is pleased to announce an exhibition by Tal R, featuring a new and encyclopedic suite of 67 woodblock prints, as well as a series of ceramic works inspired by the Chinese tradition of scholars rocks.
Tal R was born in Tel Aviv in 1967 to a Danish mother and Czechoslovakian Jewish father. Raised in Denmark, where he still lives and works, he maintained a dual identity contrasted by his mother’s Scandinavian heritage and his father’s experience as a Holocaust survivor. In Tal’s work there is plain evidence of his connection to history and art historical movements such as Expressionism, Fauvism, and Symbolism, as well as traditional Scandinavian art and outsider or children’s art. He works in various media (collage, sculpture, painting and printmaking) to instinctively piece together complex worlds from a variety of sources.
Almanach 67, 2015 originated with Tal R’s vast collection of wooden breakfast boards (Brotzeitteller in German), most commonly used in northern Europe, which range in size and are from different eras and have a precious history. The images were carved directly into these boards and then printed on Japanese paper, revealing varying intensities of woodgrain based on age, thickness, and warping of the boards. In an edition of 18, each suite is housed in a unique hand carved and painted wooden box. The symbols and iconography range from abstracted animals and faces to objects like rugs and vessels and amount to an unusual sort of pictographic language or alphabet, hence the title, Almanach.
The Scholars, 2012 are Raku fired ceramic sculptures that started with discarded teddy bears. Similar to the breakfast boards, Tal had been accumulating these unwanted stuffed animals and this concept of “Kolbojnik” (leftovers) has often been referred to as his process for gathering inspiration. Motivated by a Chinese fairy tale about a monkey king that was born out of a rock, he covered each bear in clay to the point where they no longer resembled toys. Once fired, the stuffed animal would burn away leaving an unfamiliar shell. In Chinese tradition, Scholar’s Rocks are unusual pitted and hollowed stones that are seen as embodiments of the dynamic transformational processes of nature. Some of these rocks are admired for their resemblance to animals, birds, human figures, or mythical creatures. Tal writes, “In my scholars there are no animals, only sleeping figures within”.
Tal R has had solo exhibitions at Louisiana Museum for Moderne Kunst, Denmark (2007), Kunsthalle Mannheim (2007), Bonnefanten Museum, Maastricht (2008), Camden Arts Centre, London (2008), Cheim & Read, New York (2012), Kunsthalle Düsseldorf, Germany (2012), Museu Brasileiro da Escultura, São Paolo (2012), Galerie im Taxispalais, Innsbruck (2012), Städtische Galerie Wolfsburg, Wolfsburg, Germany (2013), Pinakothek der Moderne, Munich, (2013), ARoS Aarhus Kunstmuseum, Århus, Denmark (2013) and also held a Guest Professorship at Kunstakademie Düsseldorf. Tal R is represented by Cheim & Read, New York.