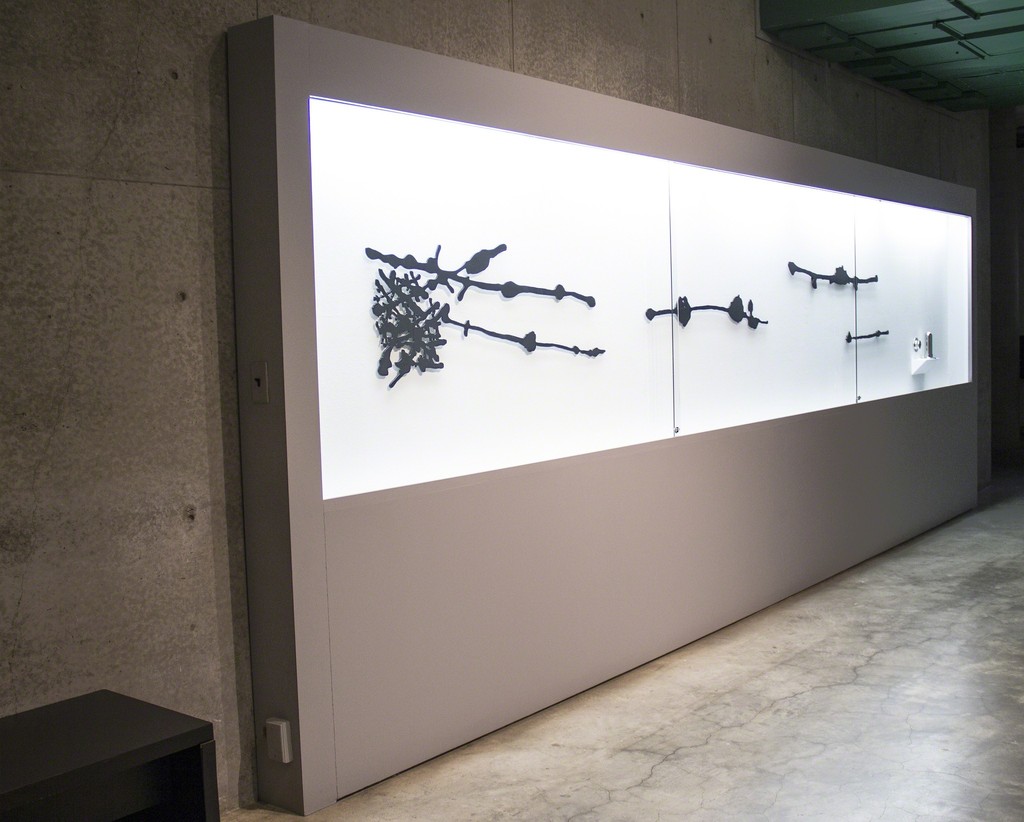 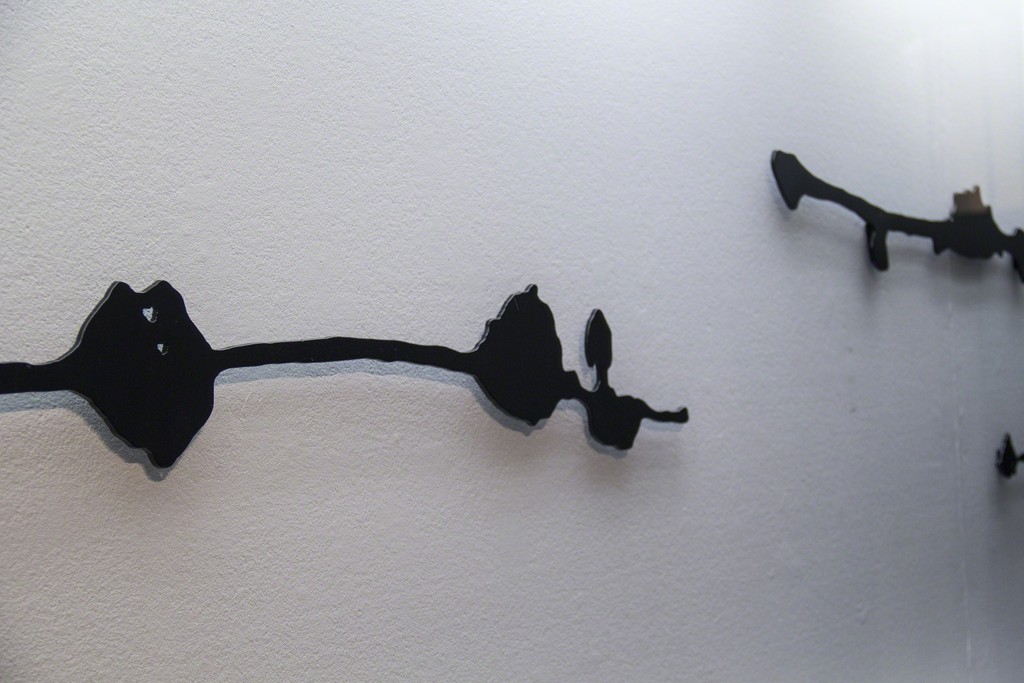 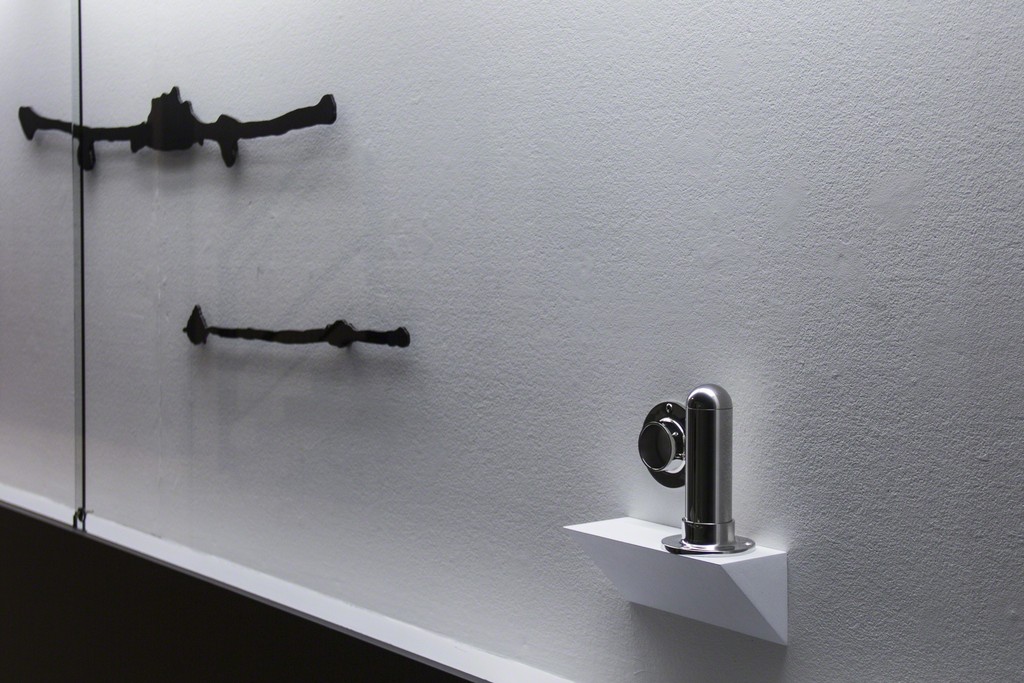 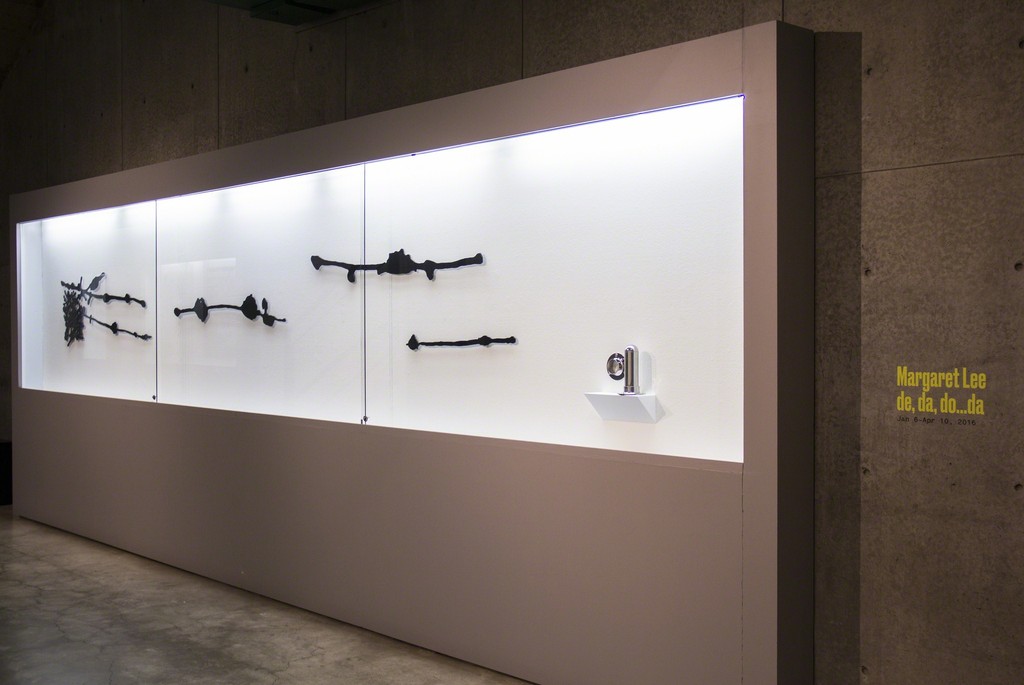 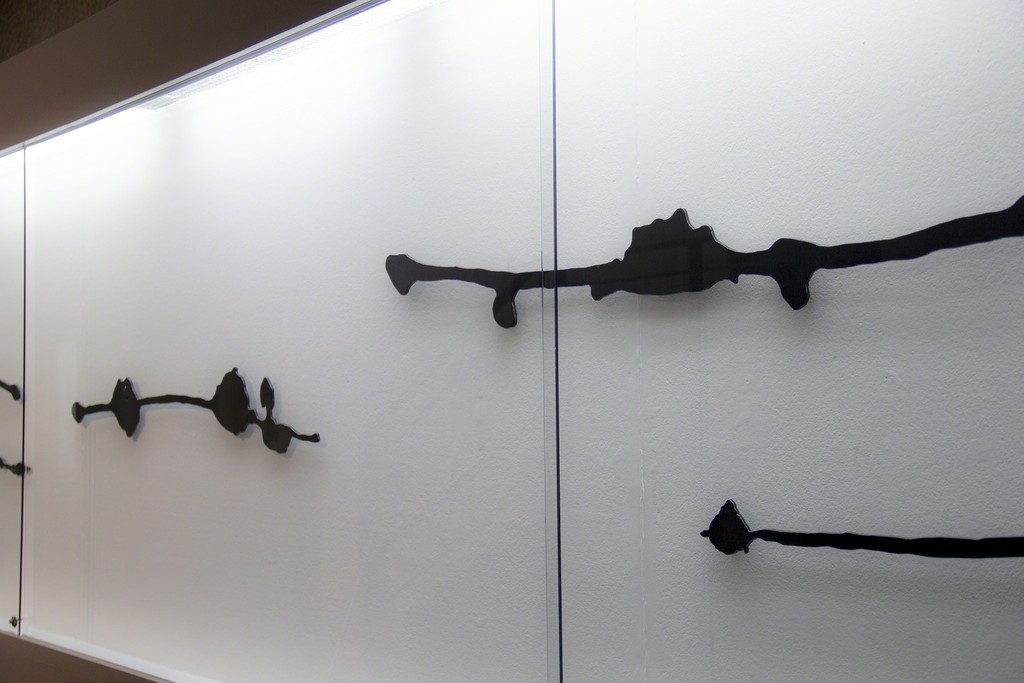 n de, da, do…da, commissioned for Display Case, Margaret Lee explores connections between gender and gesture and their legacy within the history of Abstract and Expressionist art. The installation confronts questions around mark-making and gendered indexical traces embodied in human movements. Does the appearance of scale and aggression, for example, result from an already engrained social reading and understanding of the gendered self? Does the mark of a man have an identifiable maleness, while the female a femininity, as inherent extensions of socially defined genders?

The gestures are appropriated and manipulated from the “black pourings” of Jackson Pollock, a figure perennially celebrated for his innovative and, as critics have argued, masculine transference of embodiment onto canvas. Here, however, Lee mechanizes the painted gesture, transforming fluid paint into three-dimensional metal forms by scanning, laser cutting, and powder coating them, thus re-rendering the vaunted modernist action of Pollock into an unforgiving material associated more commonly with the appearance of contemporary luxury goods and retail display.

Lifted from their places as marks on a canvas, Pollock’s individual gestures thus become a singular sequence of manufactured goods. The installation is then punctured–or interrupted–by a coupling of hardware made of industrially polished stainless steel shapes that include a flange, rod, and domed cap. The phallus and empty flange come together as a singular act by Lee to neutralize the original source of masculine gesture and propose equality, a step toward learning to re-read representations.