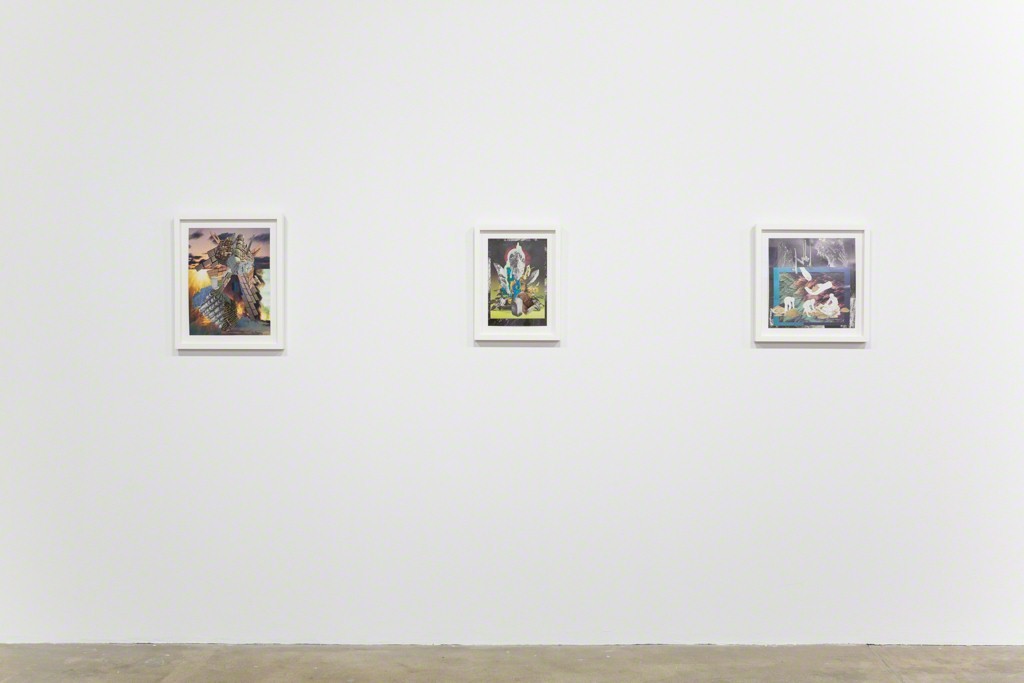 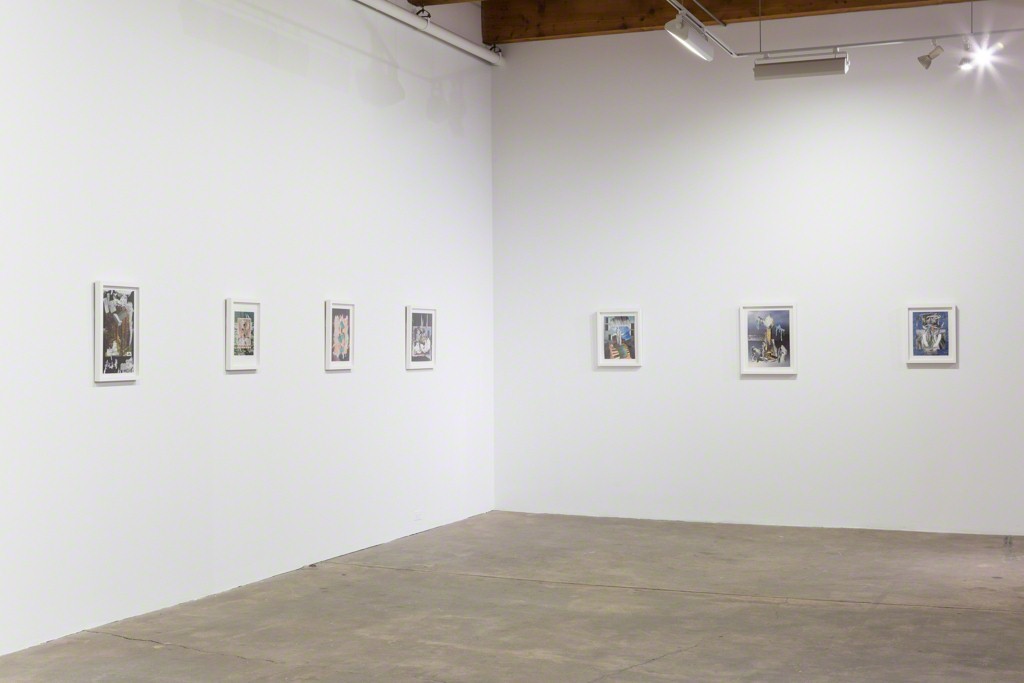 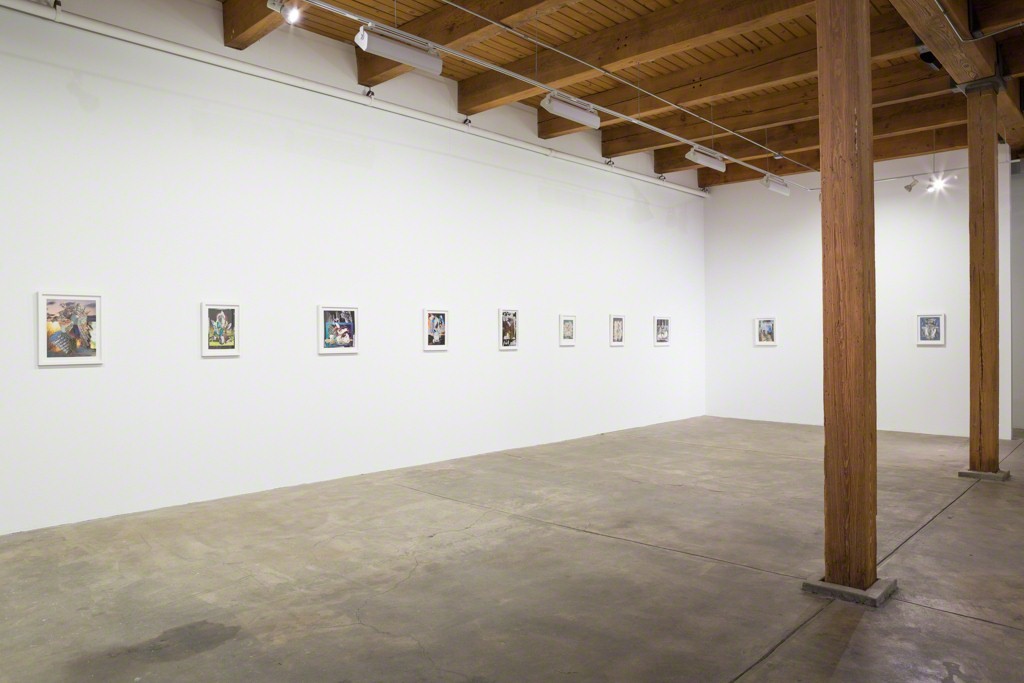 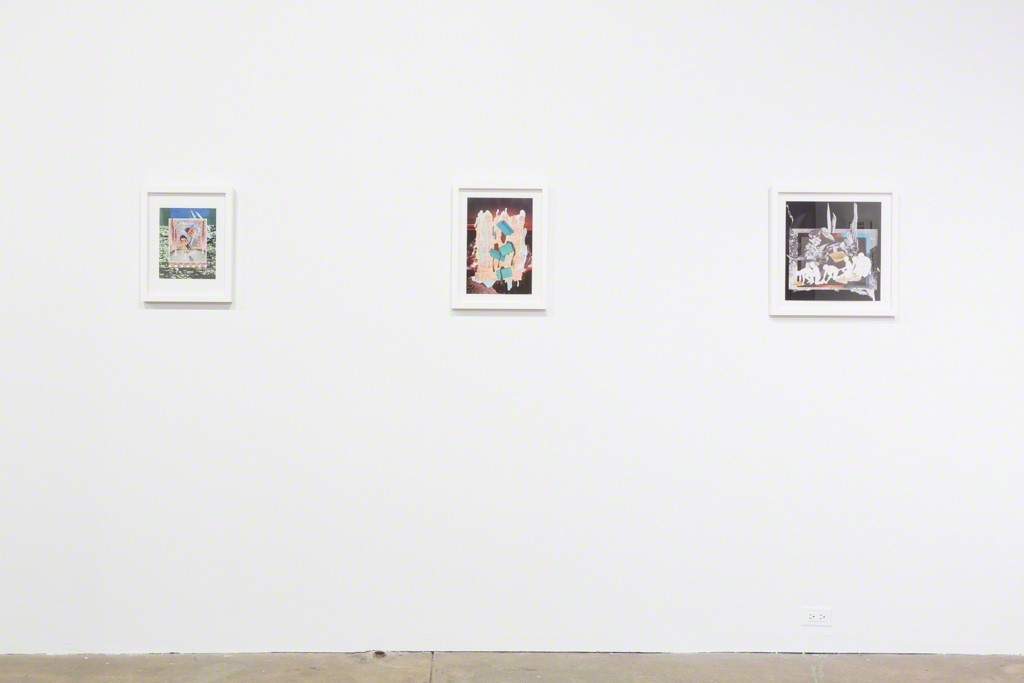 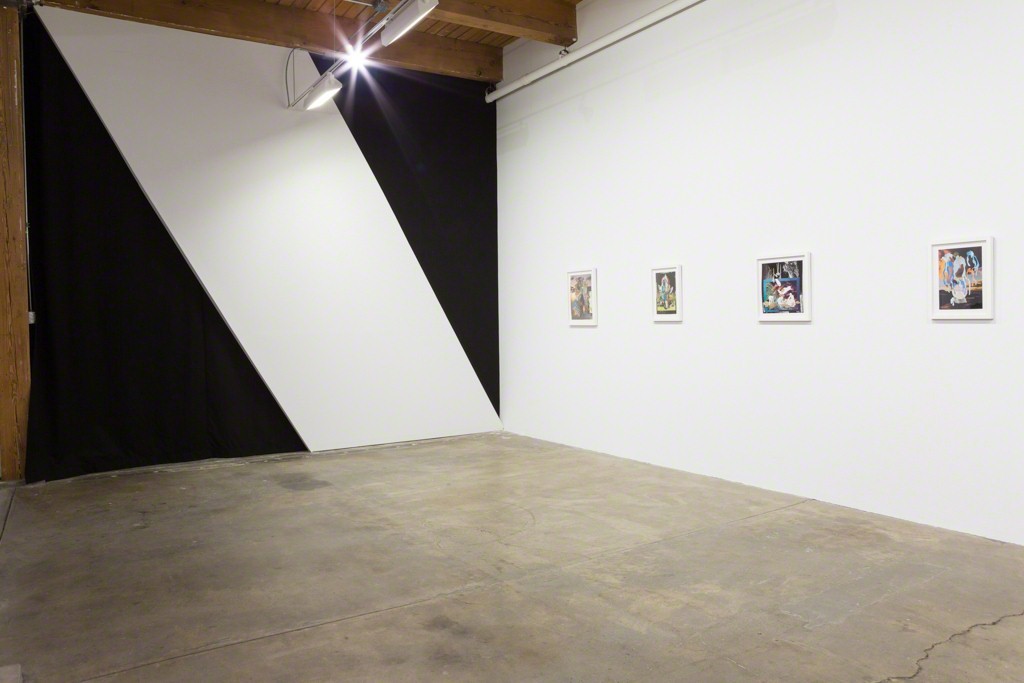 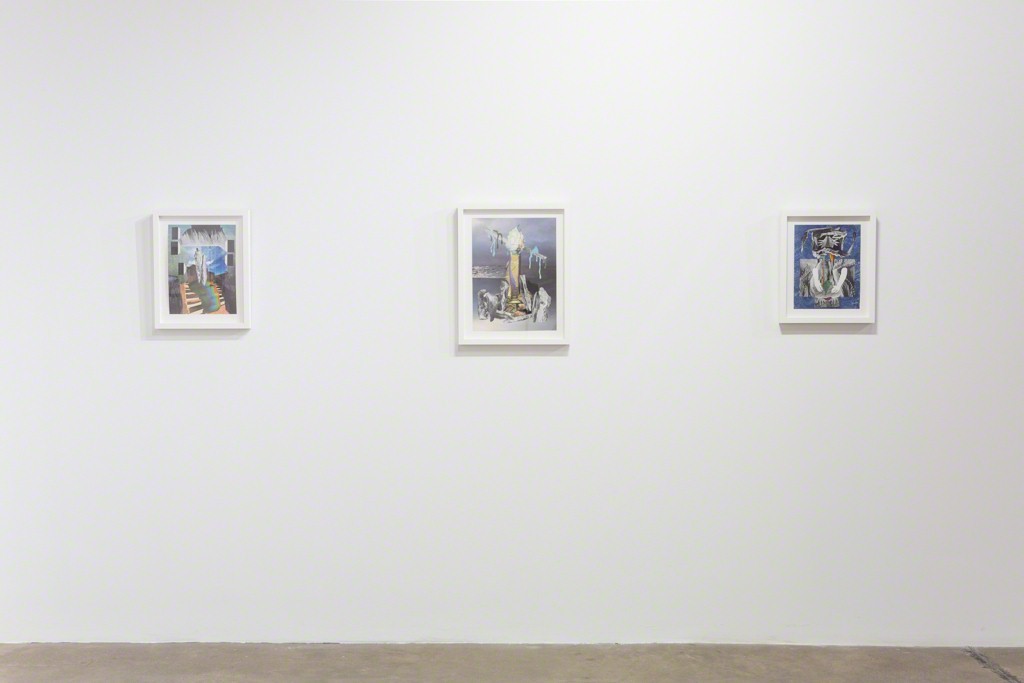 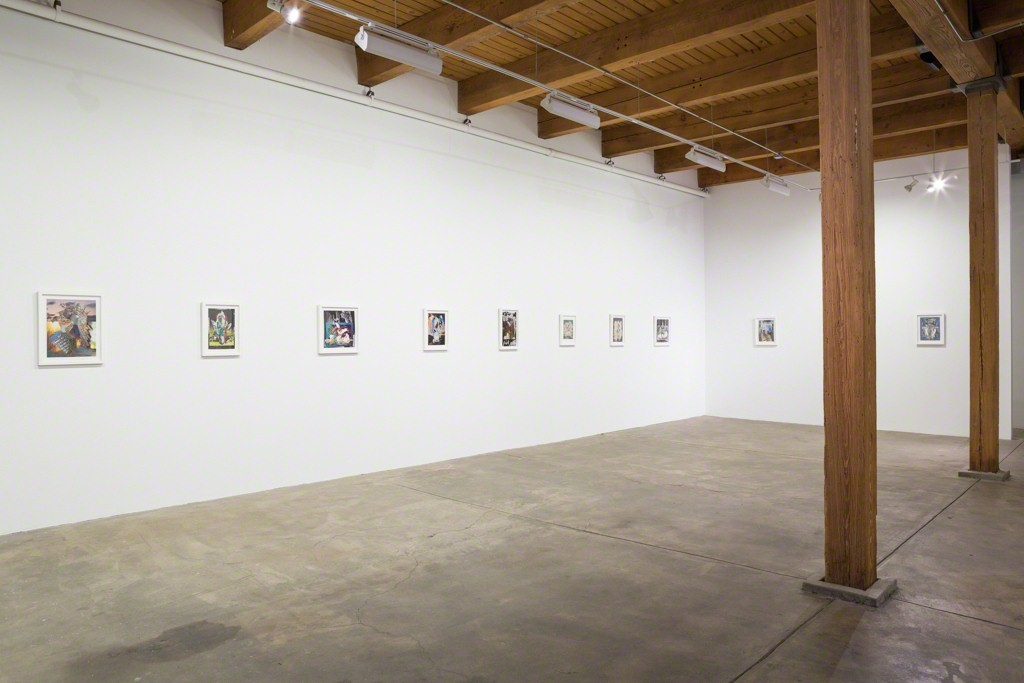 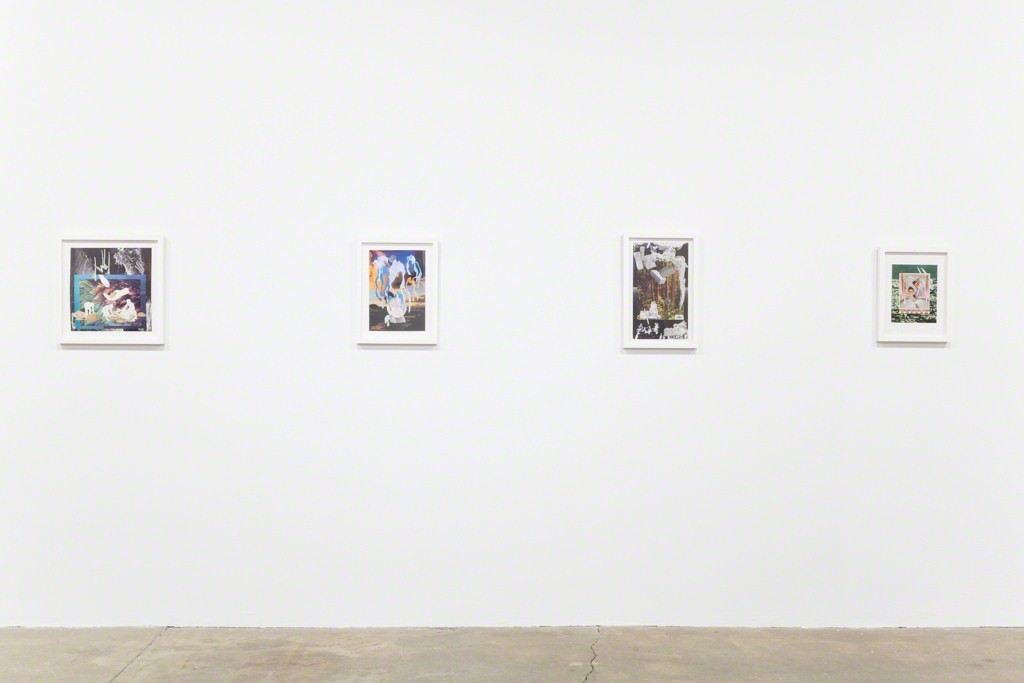 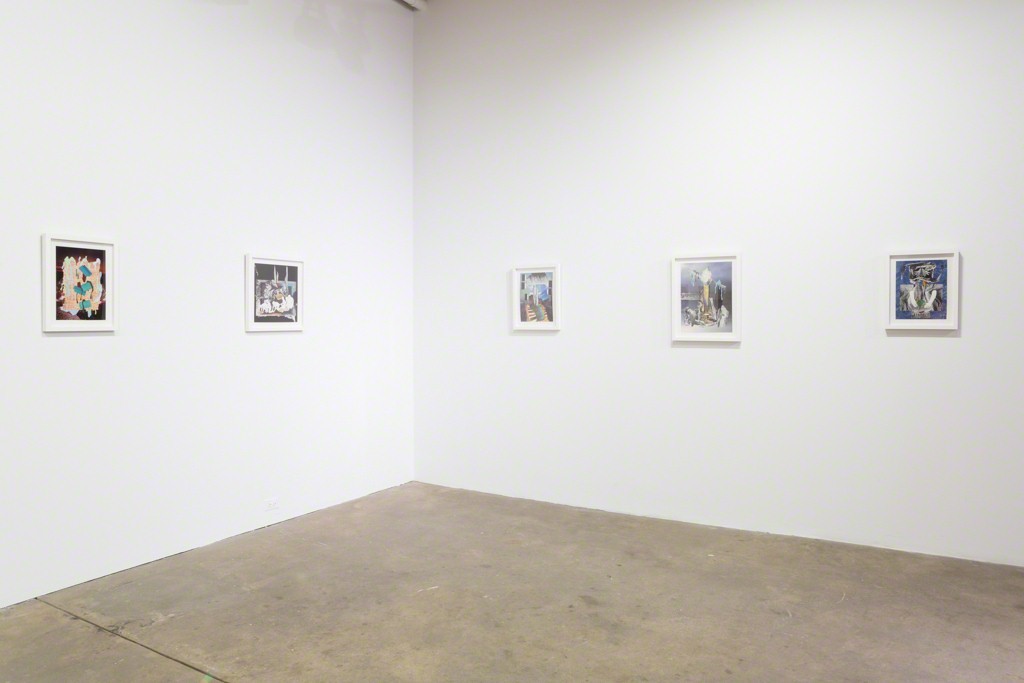 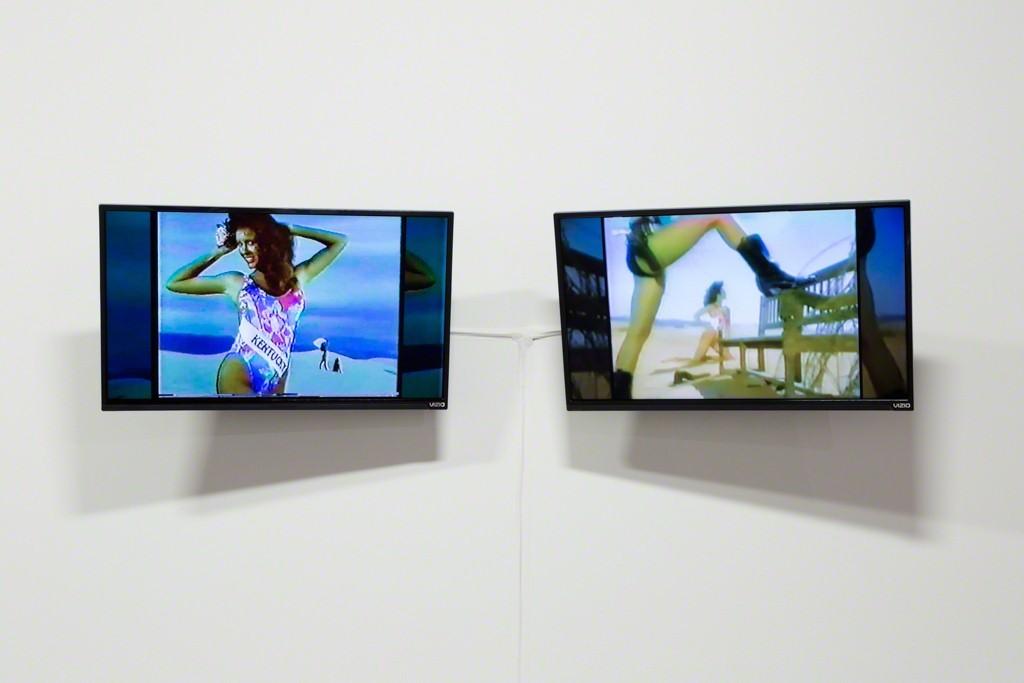 Michael Robinson will debut his latest film MAD LADDERS in Chicago as a large-scale installation at Carrie Secrist Gallery. This exhibition will also feature a series of new collages and a never-before-seen multi-channel video, all revolving around themes of revelation and transformation. Across this range of media, Robinson collects, layers and edits found materials into seductively disorienting encounters.

In the film Mad Ladders, the prophetic ramblings of an unseen narrator recount fantastical dreams of the coming Rapture, as crystalline imagery of rolling clouds gives way to heavily-processed video of moving stage sets from The American Music Awards telecasts of the 1980’s and early 1990’s. Blooming and pulsing in and out of geometric abstraction, this swirling storm of rising curtains, spinning set pieces, and unveiled pop idols forms an occult spectacle, driven by its impassioned narrator and an 8-bit leitmotif. Like a half-remembered dream of mythology, television, and religion, the film strikes a hypnotic balance between storytelling and free-falling.

Culled from segments of the Miss USA pageants of the late 1980’s, Robinson’s silent two-channel video, Desert States (You Win Again), reduces and refracts the source’s highly-gendered pageantry to its rawest form of ceremonial spectacle. Clad in bathing suits, state sashes, and big hair, the contestants are individually posed and captured within highly-staged landscapes of the American southwest. Removing all commentary and numerical scores, each video becomes a propulsive wave of relentless camera zooms, gleaming sands, and repeated gestures of surprise and seduction. These seemingly vacant expressions build a silent plea for rescue from the psychic deserts of Americana and misogyny.

Michael Robinson (American, b. 1981) has screened work in solo and group shows at festivals, museums, and galleries nationally and internationally including the 2012 Whitney Biennial; International Film Festival Rotterdam; The Walker Art Center; Whitechapel Gallery; MMCA Seoul; REDCAT Los Angeles and the Sundance Film Festival. He was the recipient of a 2014 MacDowell Colony Fellowship, a 2012 Creative Capital grant, a 2011-2012 Film/Video Residency Award from The Wexner Center for the Arts, a 2012 Kazuko Trust Award and was a 2009 resident at The Headlands Center for the Arts. Robinson’s work has been discussed in publications such as Frieze, Artforum, Art Papers, The Village Voice, Dazed and Confused, The Nation, Film Comment, and The Brooklyn Rail. This solo presentation is his third with Carrie Secrist Gallery in Chicago.

The world premiere of Mad Ladders took place October 4th, 2015 at the 53rd New York Film Festival. Robinson also had the honor of receiving a two-program film retrospective at the Austrian Film Museum in Vienna this past October.