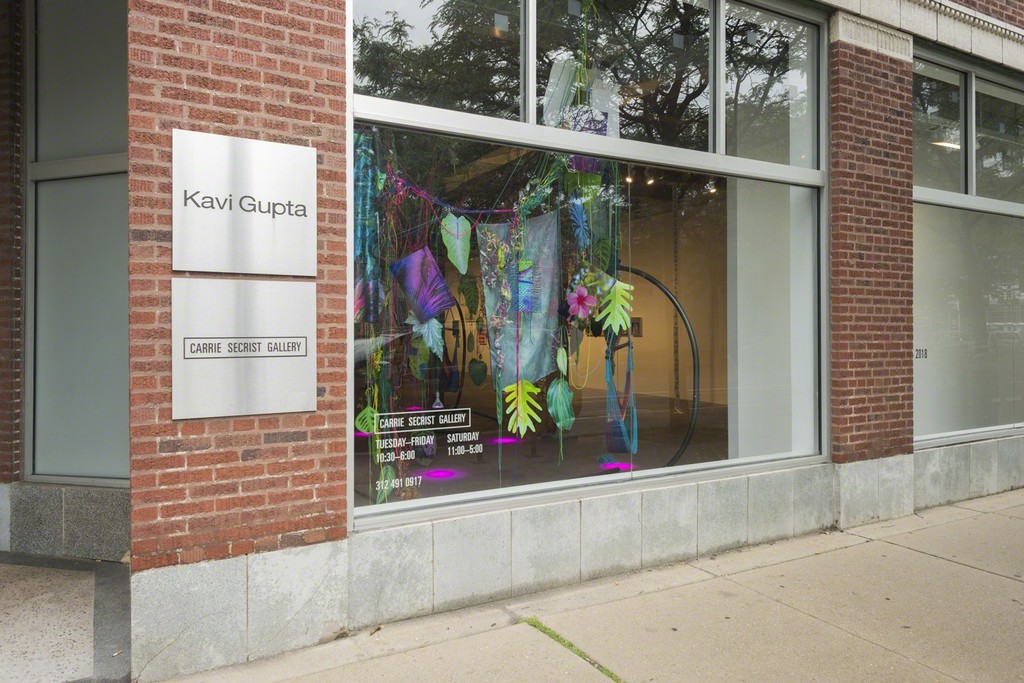 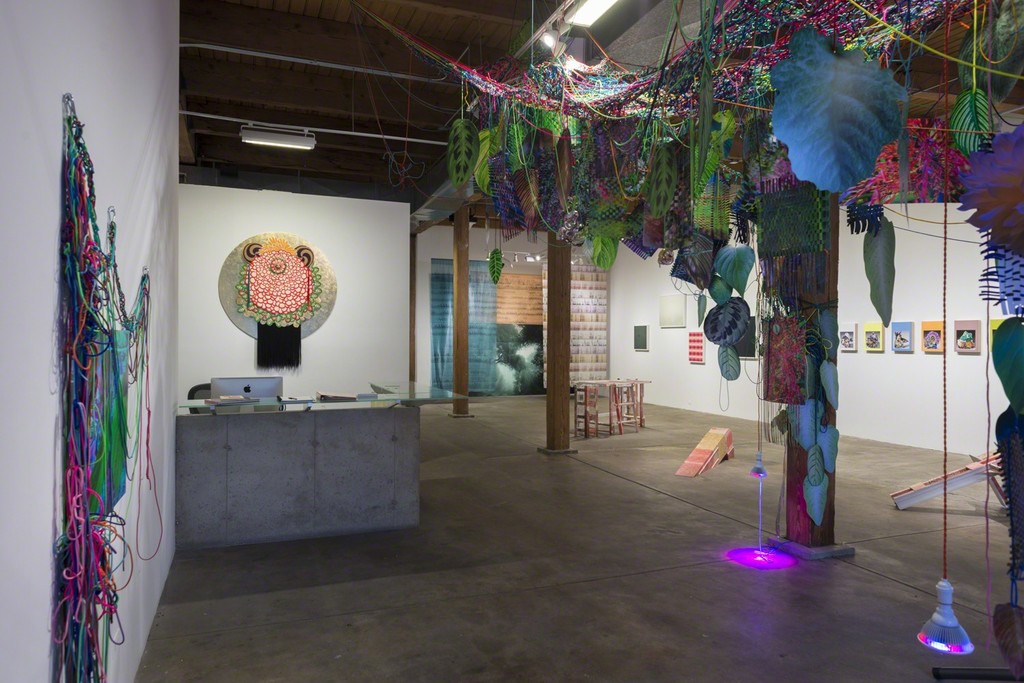 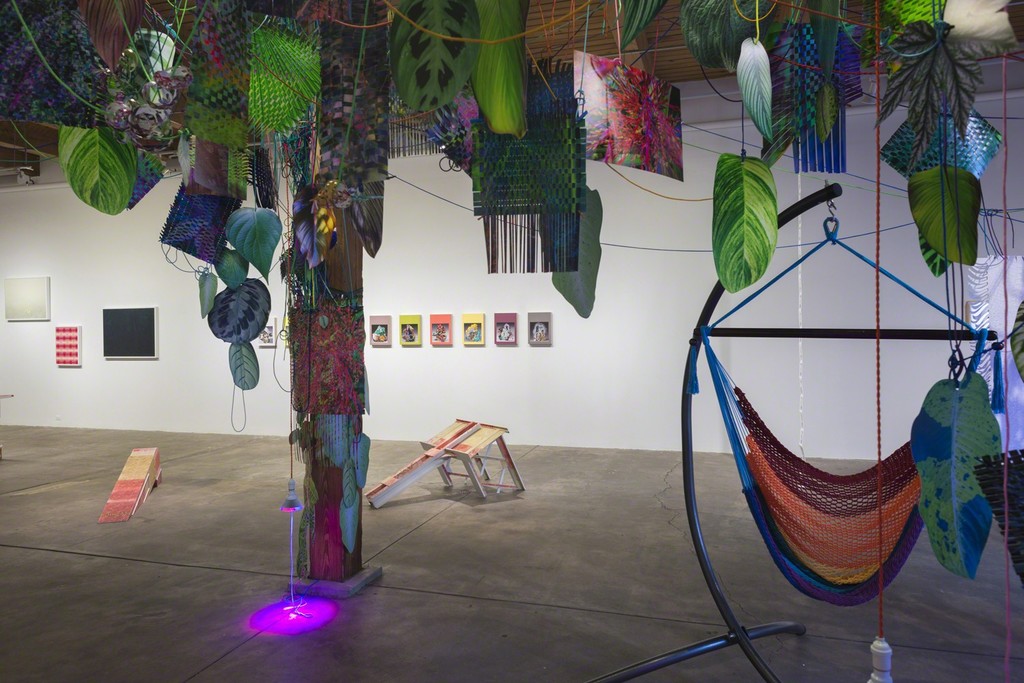 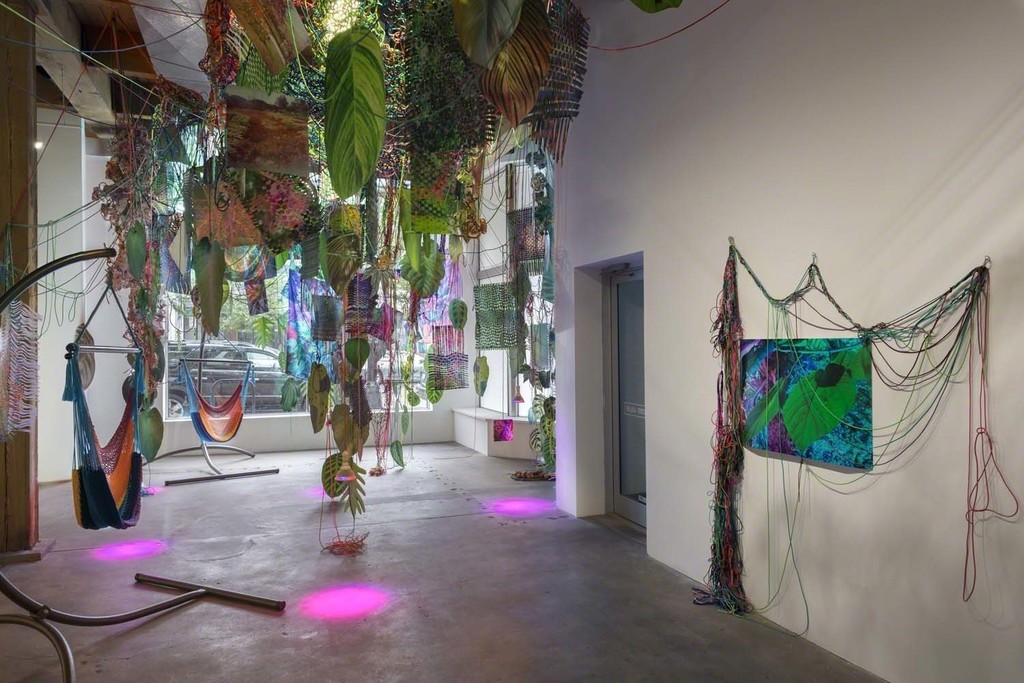 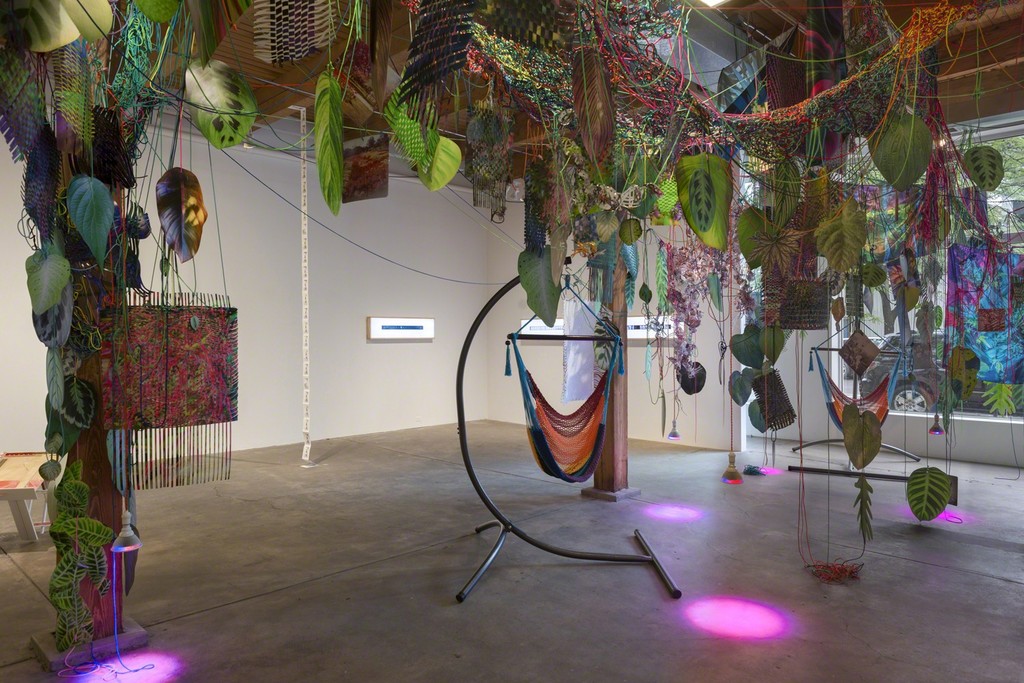 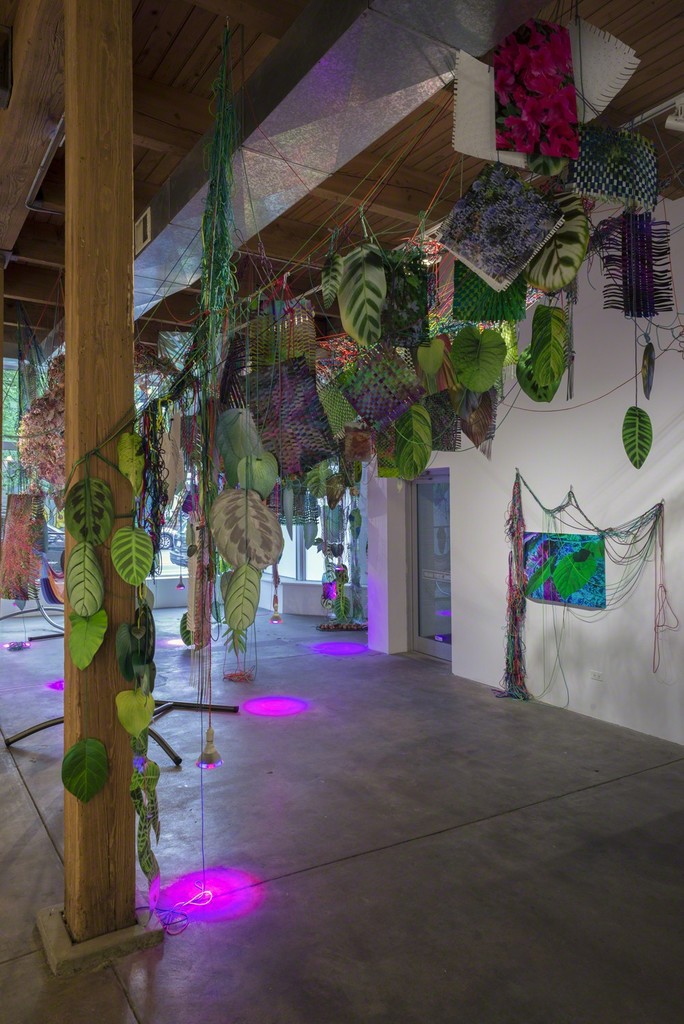 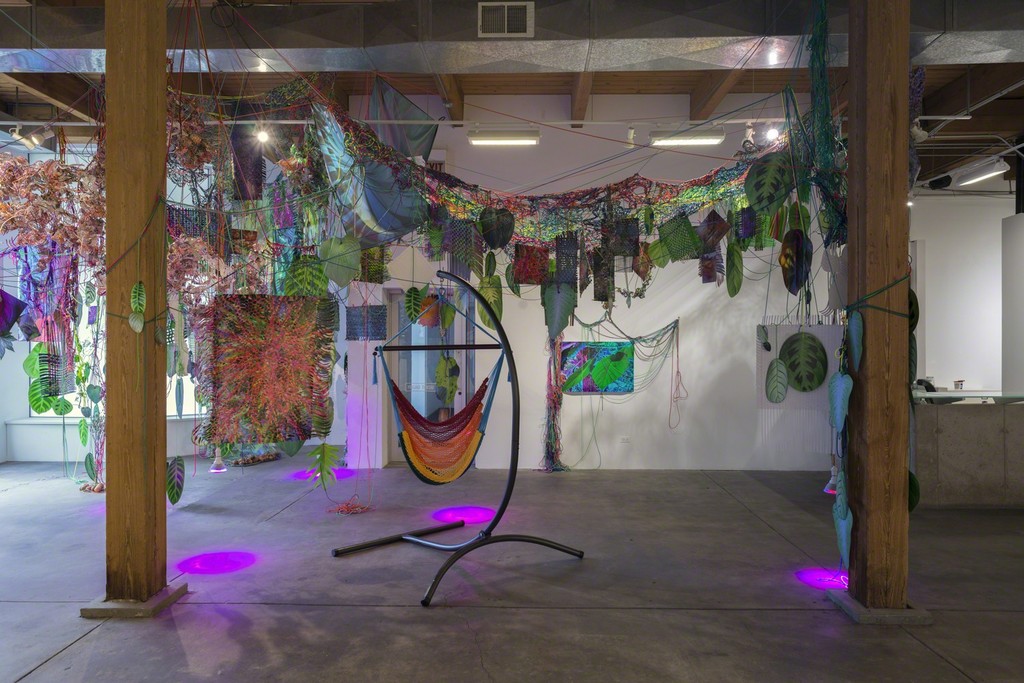 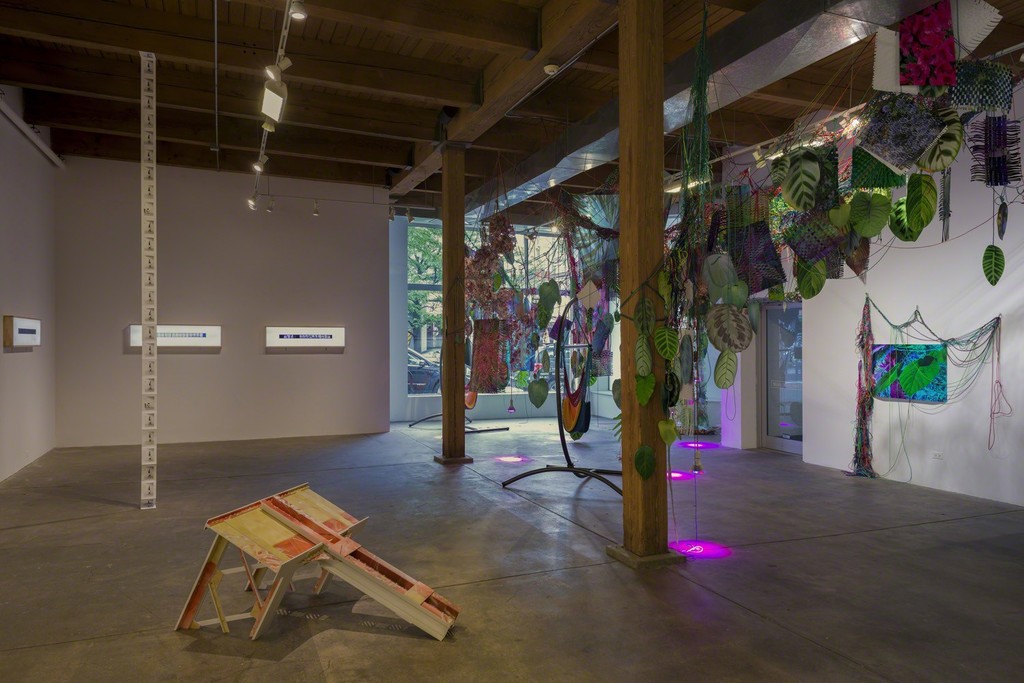 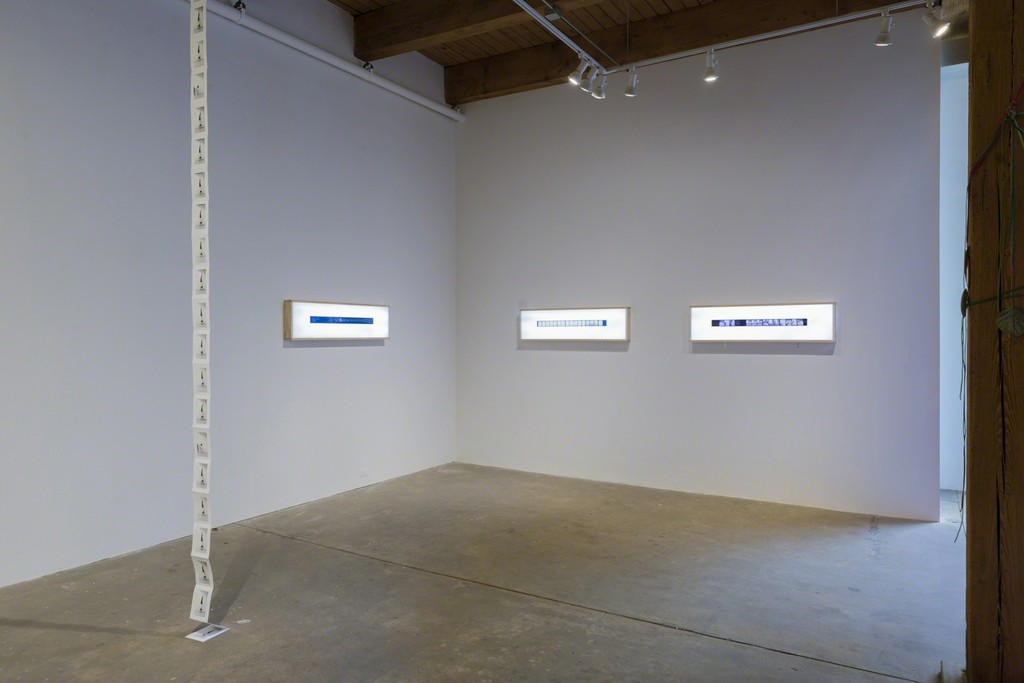 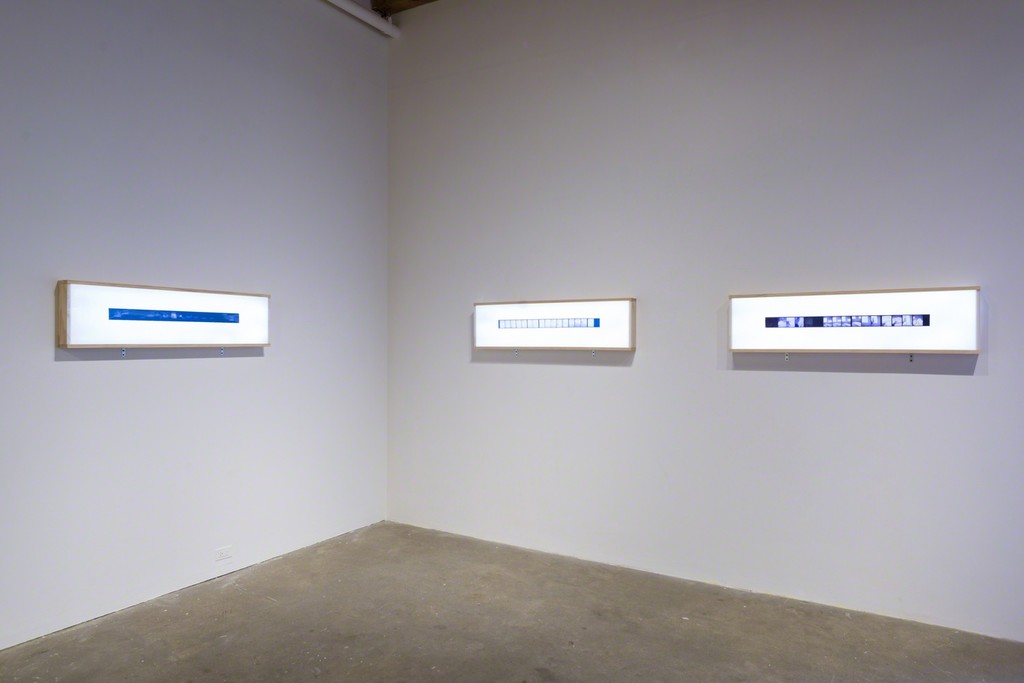 The term “Truth Claim” is formally known as a proposition or statement that a particular person or belief system holds to be true. Within the realm of photography, this term challenges the belief that traditional photographs accurately depict reality (Tom Gunning). Further, Gunning states that truth claim relies on both the indexicality, or the physical relationship between the object photographed and the resulting image, and the visual accuracy of photographs. This exhibition expands on these concepts by presenting artwork in a variety of different media that incorporate photography, but also evolve from it.

Each artist in TRUTH CLAIM contributes artwork that in some way pushes, pulls, cuts, abstracts, clarifies, elaborates upon, and explores the medium of photography. Light, sound and objects highlight the physical properties of photographic components by distilling the medium in order to extract its essence. The traditional formats of both analog and digital share equal footing with found images and physical materials that re-consider objecthood versus subjecthood. Here, the philosophical condition of what the truth is hinges on the concept of perception as a tool to measure veracity. This challenge to convention then sets the stage for a re-definition of a medium revealing how the artist’s hand is both limited and limitless in its ability to fool the eye while suggesting ways in which images may reflect truth beyond what they depict. What happens to the integrity of an image when it is unbound from its original form?

Kioto Aoki’s (Chicago) light boxes and sculptural accordion books push and pull analog modes of image making into alternative representations. Aoki’s self-reflexive imagery, with the artist both in front of and behind the camera, explore modes of perception, particularly in regards to movement and the nuances of time, light and space as universal experiences.

Aimée Beaubien (Chicago) creates colorful floor to ceiling installations made from her cut-up and woven back together photographs taken of gardens, which are interspersed with organic material, magenta grow lights, paracord and functional hammocks. This immersive environment emphasizes the role that a photograph has as an integral part of a larger concept as an experiential function of discovery.

Stephen Eichhorn’s (Chicago) series of found cut-out natural minerals offers a new consideration of nature and the elements that comprise the current Anthropocene era. Recomposed and delicately arranged on colorful monochromatic pantone paper, Eichhorn’s compositions are built in a manner that belies their origins while amplifying their re-presentation to suggest a sensation of nostalgic wistfulness.

Alice Q. Hargrave (Chicago) combines enhanced traditional nature photography, archival sounds of endangered birds and the sound wave recordings of those birds printed on large swaths of silk. This mediated environment within the gallery setting creates a visceral moment that simultaneously suggests the inevitability of impermanence and a connection with the world around us.

Mayumi Lake’s (Chicago) wall relief sculptures are autobiographical representations of a cultural belief system of a mythical Tibetan flower that symbolize the time where soul floats between life and death. Using scanned and printed elements of vintage Japanese girl kimonos that are augmented with hair, plastic toys and flowers, sequins and imitation gold leaf, these “blossoms” incorporate low-tech processes with personal, albeit, celebratory effect.

Barbarita Polster (Chicago) conceptually collapses photography, performance, video, language, and architecture into and onto sculptural forms in order to tackle the concept of thought production and it’s relationship to physical spaces within the human perspective. Ultimately taking the form of utilitarian structures (a fire escape, L platform lattice, tower crane), these foamcore “models” encourage interaction while questioning the power of inaccessible systems.