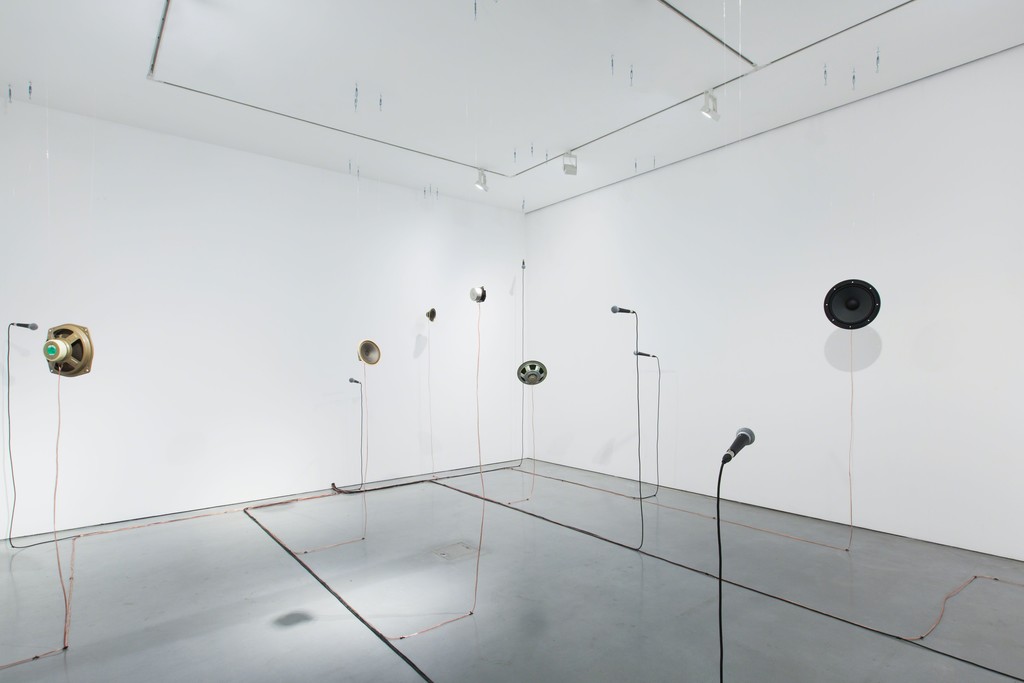 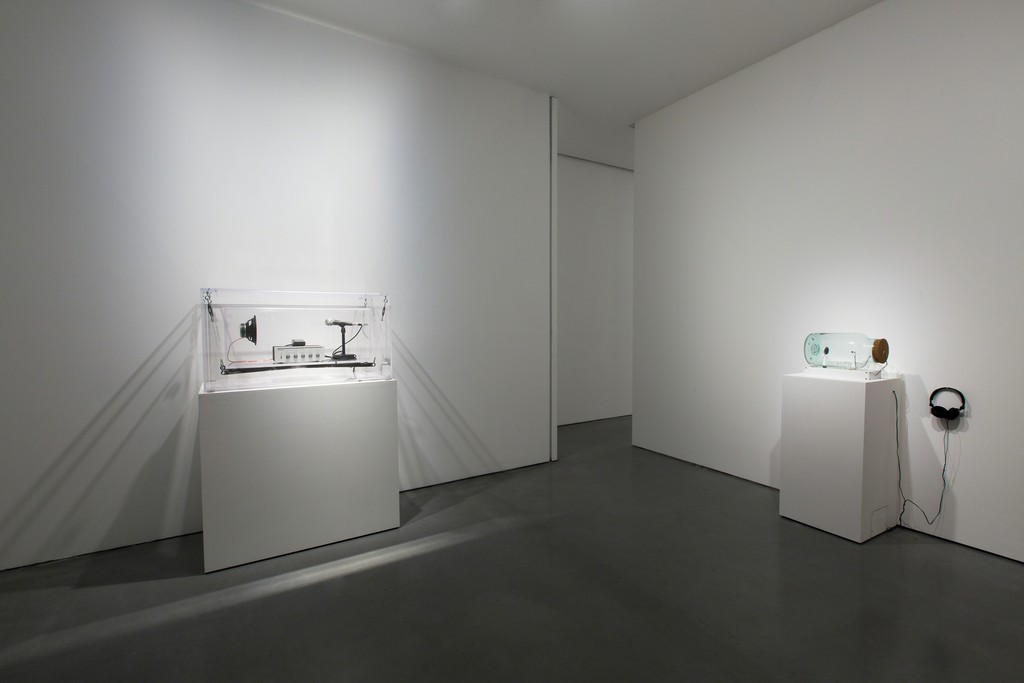 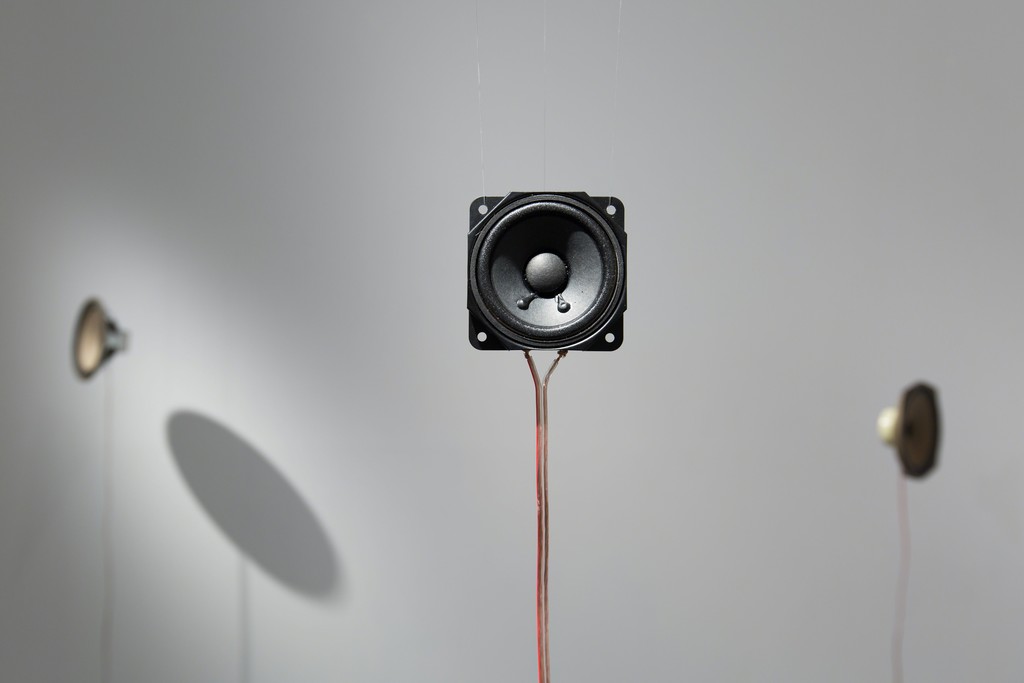 Feedback is almost always a sound that is unwanted. Most often caused accidentally, it is the result of a loop created when the audio output of a system is directed back into its input, that is, when a speaker is placed too close to a microphone. It is a sound born of this tension between microphone and speaker; a volatile sound, threatening to break out into a jarring, high-pitched screech. But it is this unwelcome, unpredictable sound that Basanta is able to manipulate into nuanced, gentle and precisely tuned tones in his work.

In essence, feedback has no real causal element, instead it reflects the relationship between a speaker, microphone and the surrounding space. The installation A Room Listening to Itself makes audible just such a dynamic, as microphones and second-hand speaker cones suspended in the gallery space trace an aural portrait of the room around them. What can be heard is a function of the unique configuration of the amplification technology and the specific acoustics of the space. As visitors enter the installation, they too are implicated in this relationship, either with their own sounds that are then absorbed into the loop, or simply by shifting the acoustic properties of the space with their presence. For Basanta, the gallery space becomes "a giant resonator that amplifies both acoustic activity and inactivity." This constantly shifting acoustic dynamic is re-calibrated through custom computer software, echo after echo, tending toward a sonic equilibrium that remains ever elusive.

The loudest sound in the room experienced very quietly explores this same relationship between microphone and speaker, but in a controlled environment. Both are contained within a soundproof case, while the feedback generated is permitted to reach an ear-damaging 120 decibels, approximately the volume of a car horn at close range. While the sound is barely audible, it can be 'seen' on the sound meter within the case. This speaks to the importance of the visual aspects of Basanta's work, as sound is given visual form through highly aestheticised assemblages.

By turning these devices intended for communication in on themselves, these works present sound as the product of a complex, interdependent system of relations. In many ways, they offer a metaphor for the act of listening itself. The microphone and speaker are dismantled stand-ins for their bodily counterparts, the ear and mouth, revealing listening to be an infinitely mediated process.

Adam Basanta (b.1985, Tel Aviv, Israel) is a Canadian sound artist living and working in Montreal. He holds an MA in composition and sound art installation from Concordia University. He currently lives and works in Montreal. Recent and upcoming solo shows include A Line Listening to Itself, American Medium Gallery, New York, NY (upcoming); A Room Listening to Itself, Open Space Gallery, Victoria, Canada (upcoming) and Centre for Contemporary Arts, Santa Fe, USA; Louder than a beating heart, Titanik Galleria, Turku, Finland; and The sound of empty space, Galerie B-312, Montreal, Canada (all 2015). In 2014, he was awarded the Edith-Russ-Haus Award for Emerging Media Artists and in 2013 received an honorable mention for Hybrid Art in the Prix Ars Electronica.