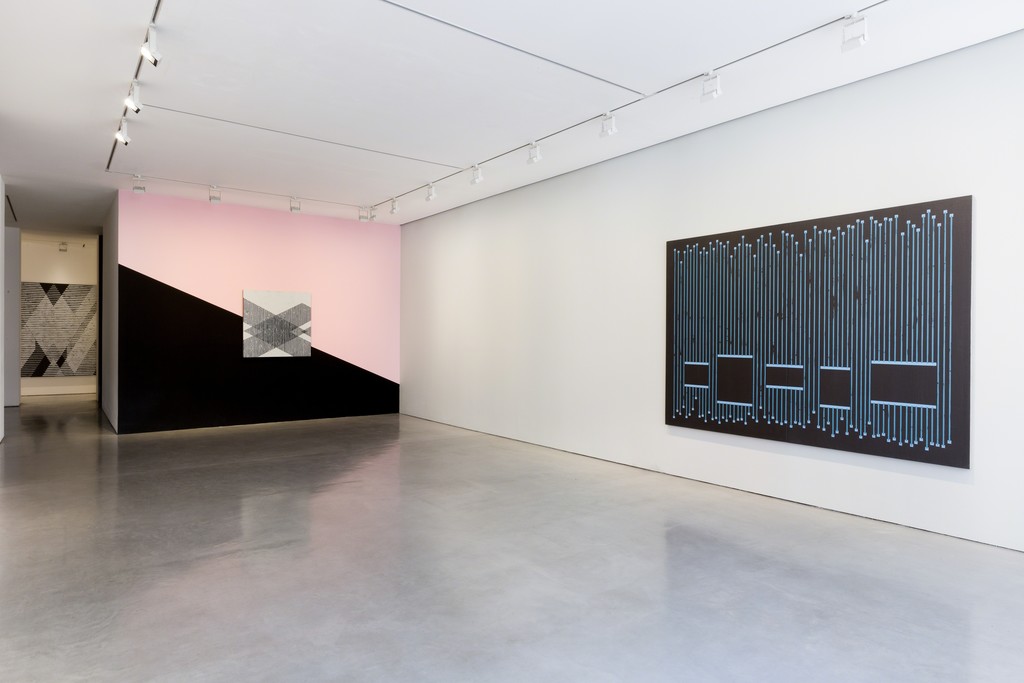 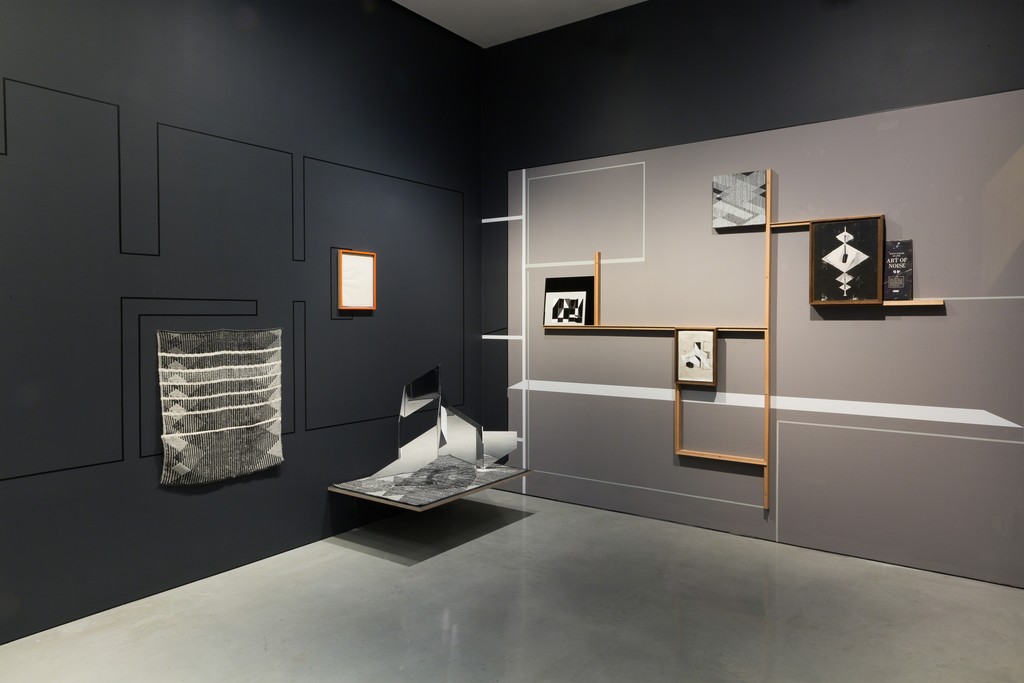 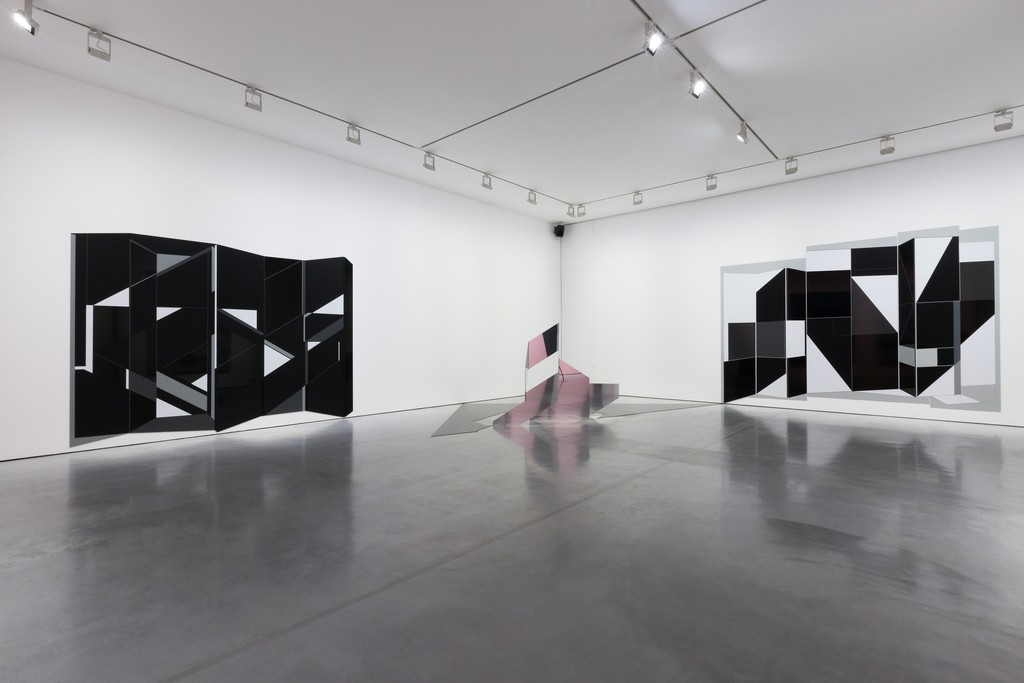 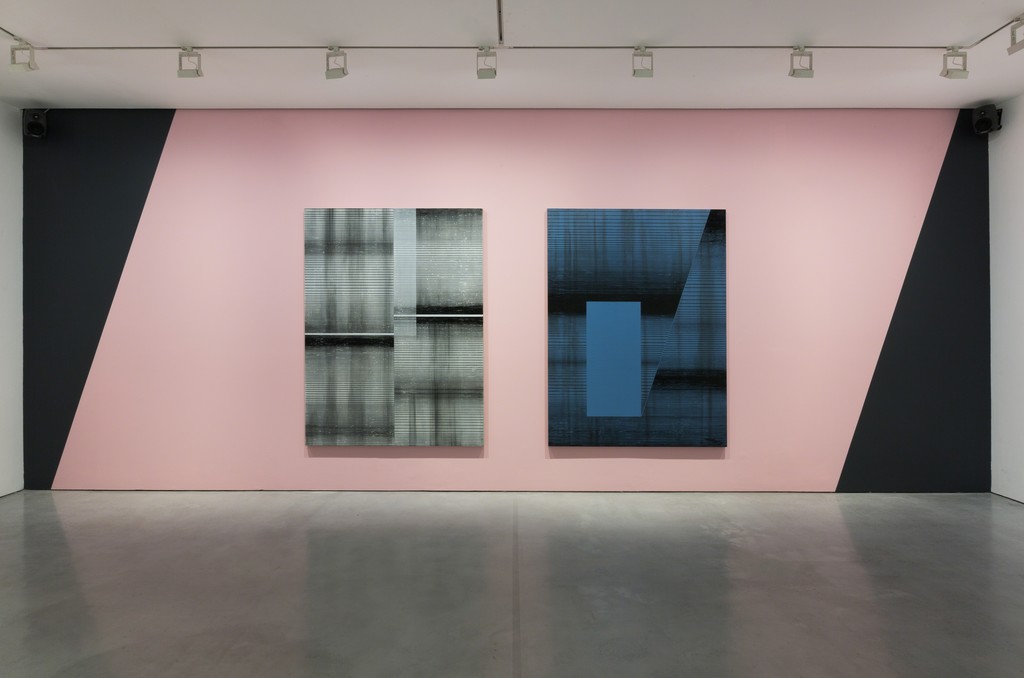 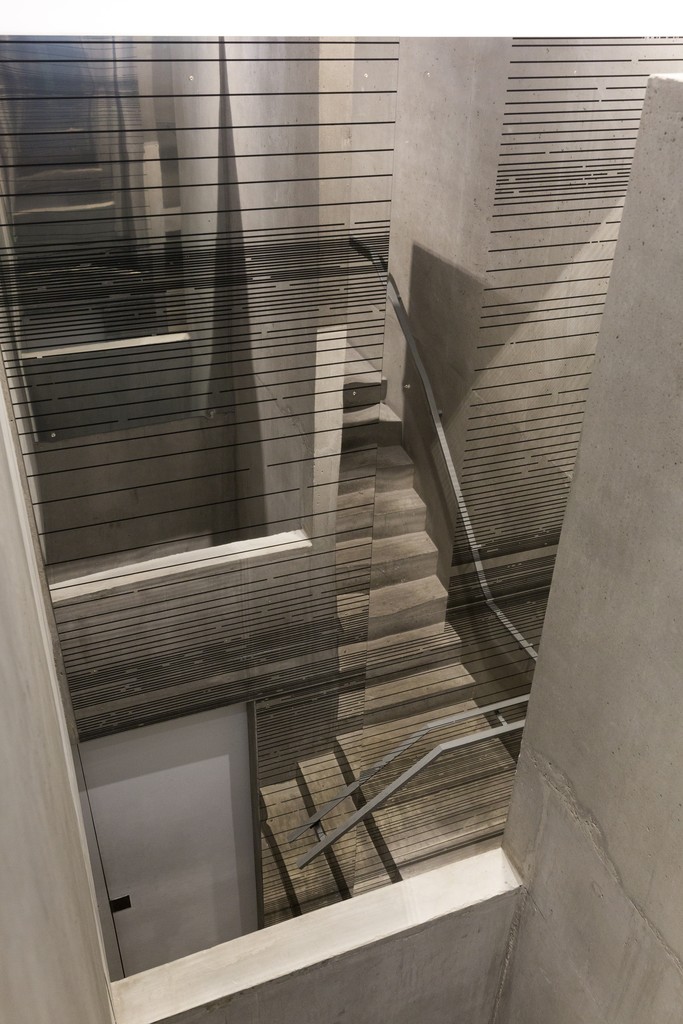 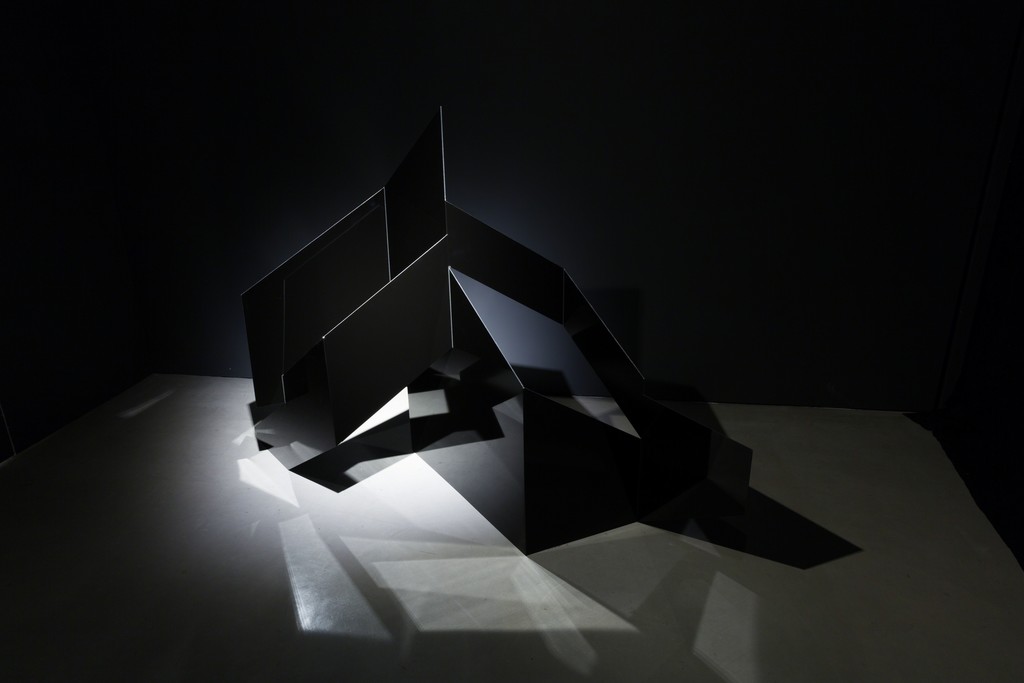 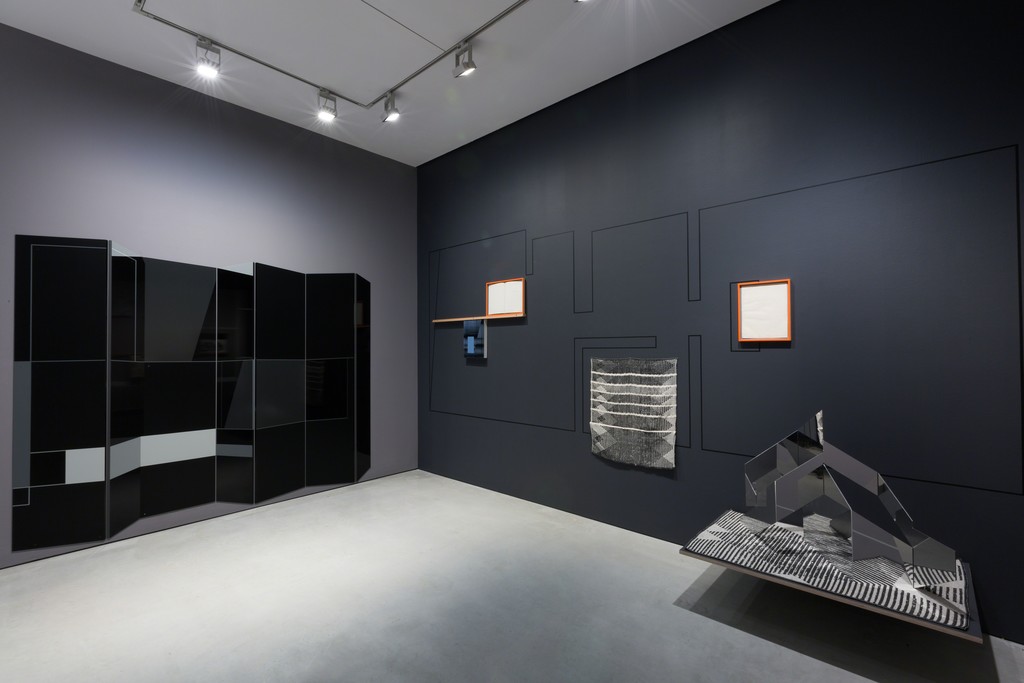 Justin Hibbs’s practice picks apart the mechanics of spatial perception and representation, drawing upon social, political and aesthetic agendas encoded within architectural structures. Much of his work is a renegotiation of the visual language and ideological legacies of modernism, probing real and idealised notions of space. This is enacted through a uniquely multi-disciplinary approach that incorporates painting, drawing, sculpture and architectural interventions.

The works in Alias_Re_Covered focus on the relationship between sound and image, and both analogue and mechanised (or digital) processes of production and reproduction. The title of the show refers to Hibbs’s methodology, fostered by a cycle of mutations. Historical references, daily occurrences, and the memories of older works are absorbed, digested, and altered – endlessly renewed. Each piece bears the traces of these transformations, and remains infused with remnants of the data lost along the way.

The exhibition will open with a painted version of Josef Albers’s LP cover design for Modest Mussorgsky’s Pictures at an Exhibition. Executed with a pinstriping tool – a technique once used to decorate trains and industrial machines – it maps a world of voids and sound wave-like lines, echoing Alias_Re_Covered’s central concern with the physical and the aural.

The show will comprise wall drawings, paintings, screens, sculptures, and various display devices, including shelving units and a mirrored stairwell. The musical intervention created with Ben Lancaster – who used analogue synthesisers in response to Hibbs’s painting process – will be played in the gallery at regular intervals.

“Travelling through Hibbs’s species of spaces, passing between dimensions that echo, self-sample and glitch, one might grasp that the whole, overarching the individual works and what they refer to, is a situation, a system, a cybernetic totality, always something else that one might click through to,” writes art critic Martin Herbert in an essay commissioned for Alias_Re_Covered. “The result is a model of art making, and particularly exhibition making, that when inhabited so that that the individual artworks cohere into one pulsating larger one, feels simultaneously inventive and a little frightening, since it’s tied to proliferation, not closure.”

A limited edition artwork featuring Martin Herbert’s essay Between Before and After will accompany the exhibition.

EVENTS: Justin Hibbs will discuss Alias_Re_Covered with guests on July 9 and September 10 2015 from 7pm. The September event will be followed by a sound-clash.

A 'sound-clash' is when a group of non-professional DJs play (the sequence pre-selected in advance) one record after another. Each person is only allowed to bring 20 records of any format from their collection. The concept behind a sound-clash is an attempt to create a connection or clash between the records played in a set. A sound-clash is treated as a performance in its own right. The sound-clash at Carroll / Fletcher will also include live improvisation and self-sampling. Previous sound-clashes have taken place at venues and galleries including Tate Liverpool and Matt's Gallery.