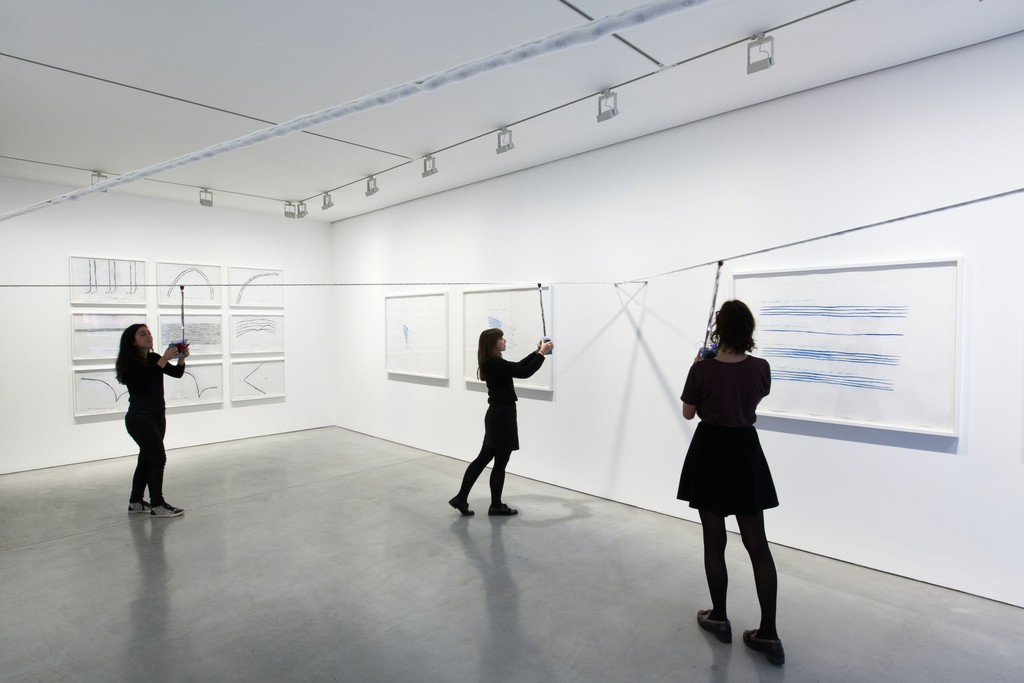 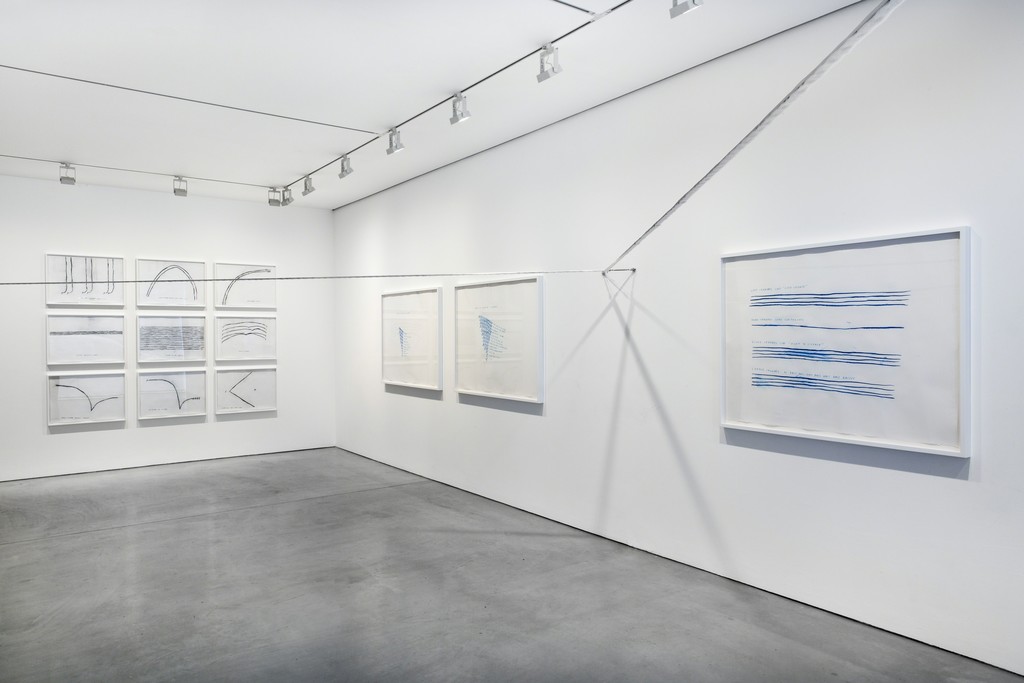 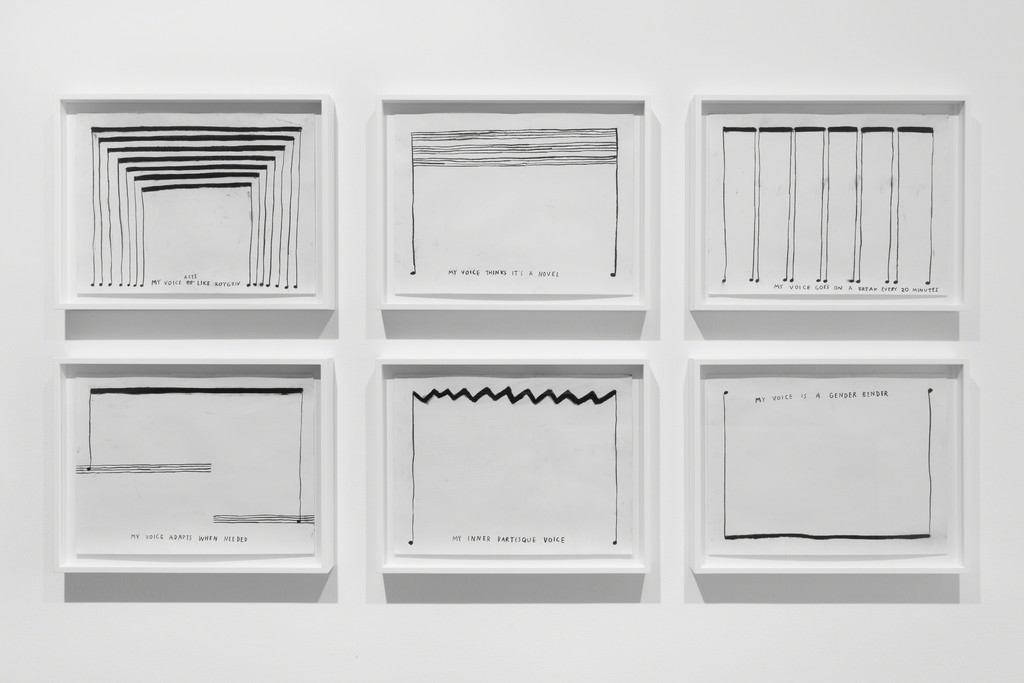 In Rustle Tustle, the Berlin-based artist, who was born deaf, invites viewers to expand their understanding of what sound is and can be, undermining the all-prevailing “sound etiquette” set by hearing culture.

Kim has dedicated her practice to the investigation of sound and spoken languages through a variety of media: drawing, performance, video, and installation. One of her strategies is to borrow and guide other voices to expand her own. She also choreographs non-vocal forms of communication, for instance conducting a group of people to “sing” with facial movements as in Face Opera (first performed at the Calder Foundation in 2013, and a new British Sign Language (BSL) version performed at Carroll / Fletcher during the exhibition private view). In the course of developing a language useful and relevant to her, Kim has also turned to elements from several information systems such as graphic and musical notation as well as American Sign Language (ASL). Reinvented in Kim’s work, they explore sound’s material possibilities, challenging in the process the ownership of sound, the exclusive prestige attached to a traditional voice - and its corollary, namely, the social isolation of those deprived of it.

This exhibition presents a new series of drawings exploring the links between ASL and music, as well as an interactive, walkable installation Game of Skill 1.0 (2015) and Close Readings (2015), the artist’s first video work. Game of Skill 1.0 teaches gallery visitors a new way of listening. Velcro strips trace a path around the gallery, and visitors are invited to hold up a custom-built device that, when brushed against the Velcro, emits a sound relative to the participant’s movement. Through manipulating the device, it is possible to hear a text written by Kim about her experience of borrowing the voice of an interpreter in order to communicate verbally. Learning to manipulate the device and piece together the text can be a laborious process, one that takes time and effort to perfect. As visitors become moving instruments - or in the artist’s words ‘human turntable needles’ - the listening process is made unfamiliar and must be re-learnt. For signing audiences, a BSL version of Game of Skill 1.0 is available at: www.carrollfletcher.com/GOS

For Close Readings, Kim compiled a selection of film clips that resonate with the concept of the voice, and invited four deaf friends to provide sound captions of what they feel could be added to the films. For non-hearing audiences, in much the same way that spoken conversation is mediated by sign language interpreters, the experience of watching a film is largely dependent on the way in which it is captioned. The multidimensionality of sound, or many layered sounds, are often reduced to brief captions. The captioner chooses which sounds to reference and which to leave out. In Close Readings, the sound captions range from literal to conceptual, imagined or even poetic.