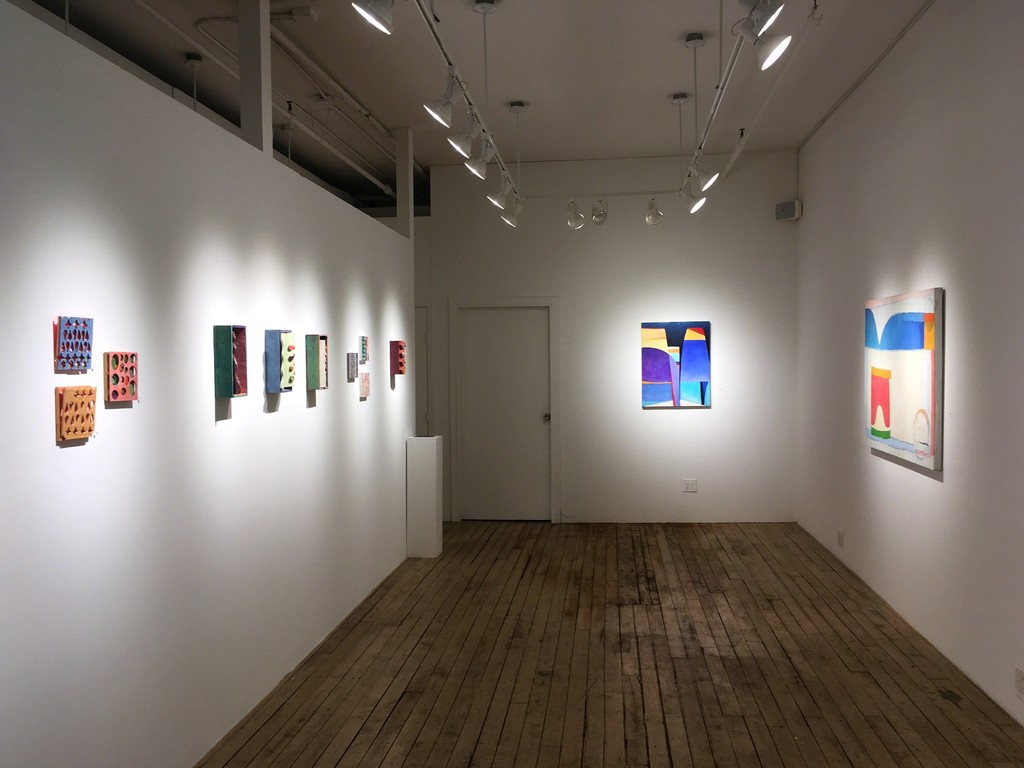 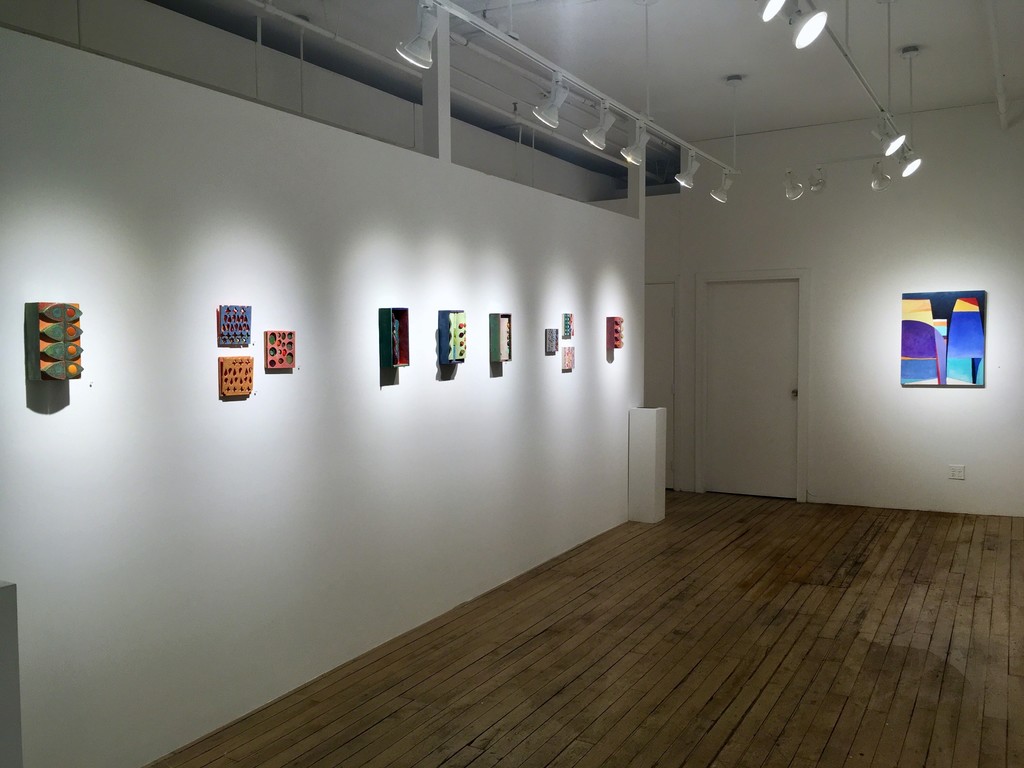 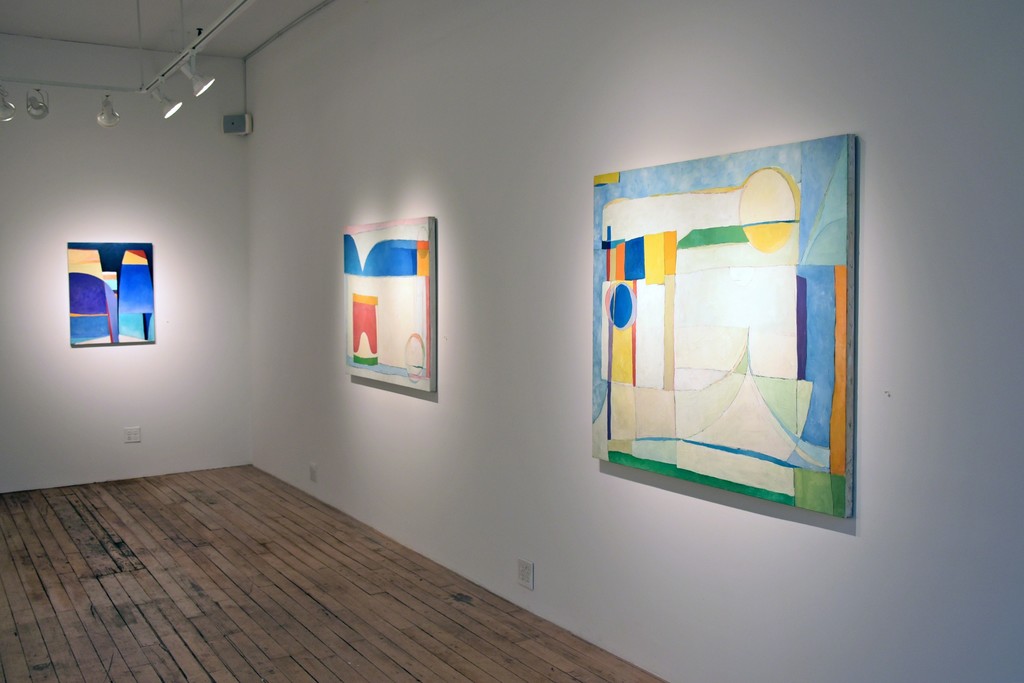 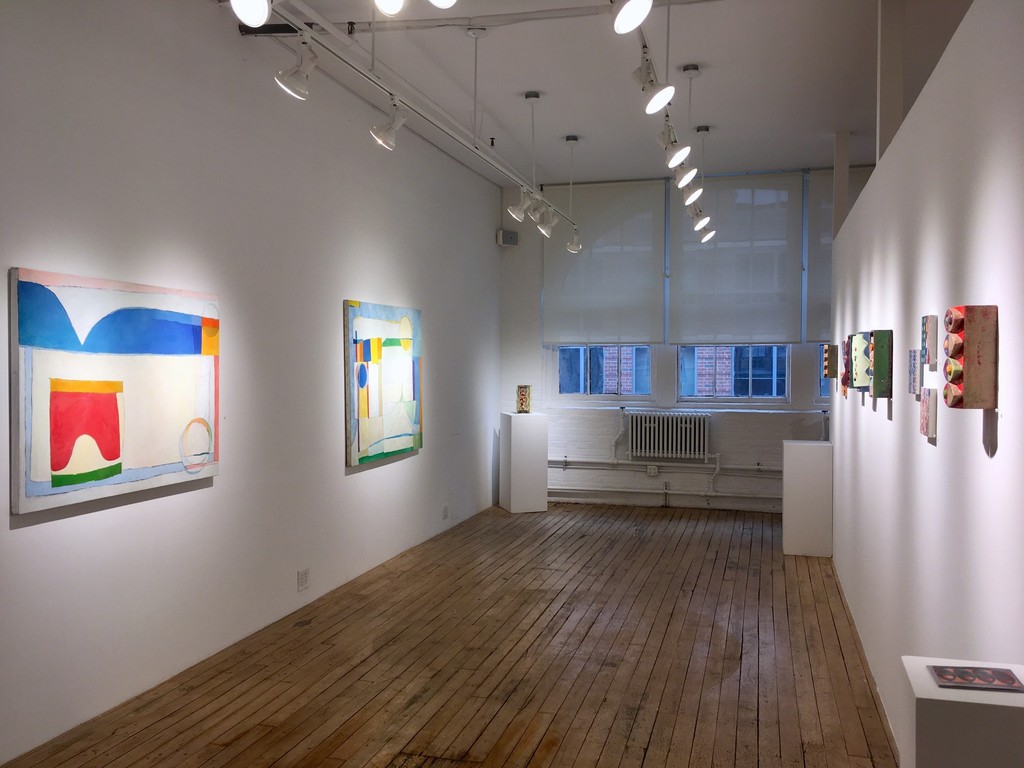 Featured in Color In Space, Robin Rule exhibits rich, abstracted landscape oil paintings on canvas in her first exhibition with Carter Burden Gallery. The bold shapes that engulf the scene combine shade and spatial interactions that blur the line between structure and negative space. Often Rule has a particular place in mind, or at least has a minimal reference to a place, when creating the works and many are influenced by water and sky. She explains, “Aerial views, seen from airplane windows, also influence some of the shapes in my works.”

Robin Rule has a BA from San Diego State University and an MA from New York University, neither with a focus in art. She attended Corcoran School of the Arts & Design at George Washington University in Washington, DC for three years, one year on a The Herbert Lehman Education Fund Scholarship. She has also taken many classes at The School of Visual Arts in New York City. Rule has exhibited extensively throughout New York City.

Susan Tunick presents ceramic tiles and free standing works that reflect her strong interest in color, texture, and form in Color In Space. The playfully patterned and brilliant clay pieces utilize negative space along with layers of complimentary and striking colors. Influenced by a number of sources, including her training in painting, perhaps the most dominant one has been architecture. Tunick states, “Many of the exceptional buildings I have studied have helped to foster my love of geometry. Building units – whether bricks, roof tiles or hexagonal pavers – and the repetition and variation they make possible, have played an important role in my work.”

Susan Tunick, artist and President of Friends of Terra Cotta, received a B.A. and M.F.A. from Bennington College in Vermont. One of her publications, Terra-Cotta Skyline (1997) won that year’s New York Society Library Award and the Brendan Gill Award from the MAS. She recently completed a commission include three outdoor clay and cedar sculptures for a property in Vermont. In addition, she has worked on a number of public projects including: Hudson-Bergen Light Rail Station, Bayonne, NJ, murals in PS 222, Jackson Heights, Queens and varied works for 3 locations in the New York City Subway. Her work has been featured in numerous books including Public Art for Public Schools, Ceramics in the Environment and Along The Way: MTA Arts for Transit. She has received various grants, as well as the Landmark Lion Award from Historic Districts Council (2018); the International Ceramics Award, presented by Ceramic Arts Foundation (1999) and the Tile Heritage Foundation Award (1997).