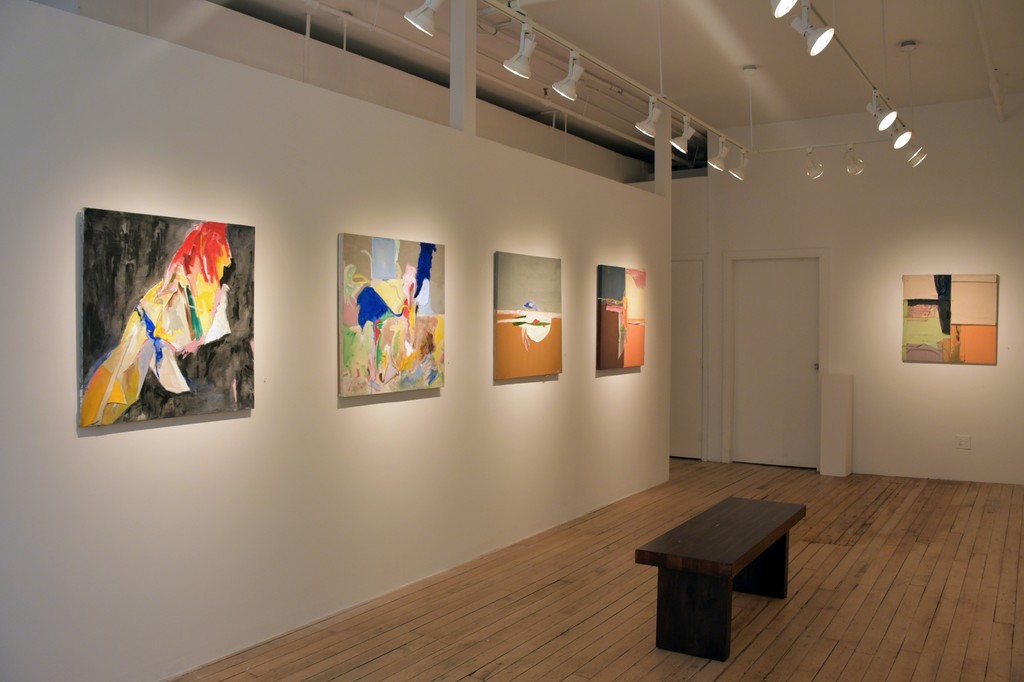 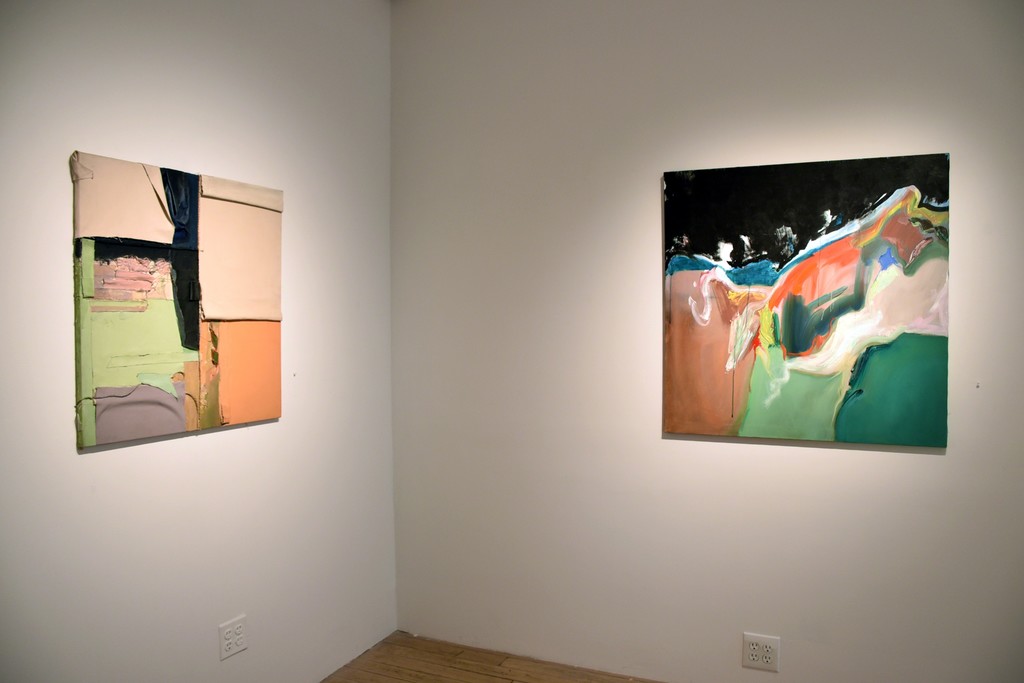 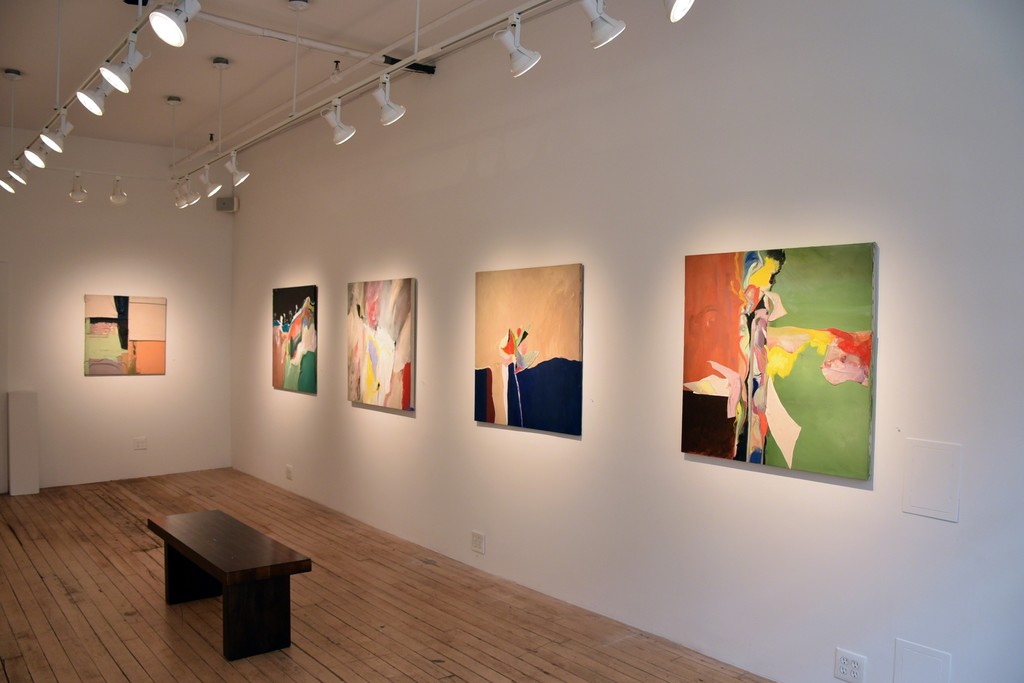 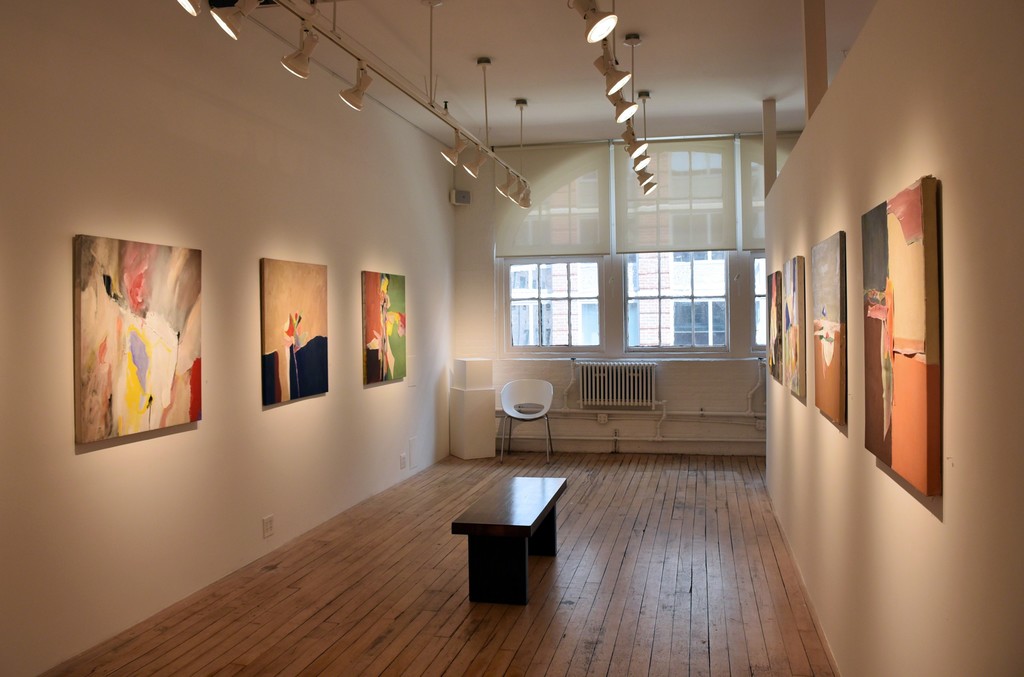 Continuation of Color and Abstraction features work in a variety of media, including oils, acrylics, watercolor, and collage. Emily Rich uses the language of abstraction in her paintings to explore the changing environment, from the destruction of the shorelines and beaches to the kinetic energy of a city that never sleeps. Rich adroitly integrates a palette of bold and subtle colors, applied as if engaging in an artist tango that is both passionate and deliberate. The pieces are both painterly and sculptural, with applied, folded, and painted fabrics on the canvas surface. The resulting work engages the viewer in a visual dance replete with movement and energy.

Emily Rich, born in1934, was raised in New York City and has been involved in the arts her entire life. She attended the High School of the Industrial Arts, and developed her skills and prepared for a career as a fashion illustrator. After spending several years taking drawing and painting classes in Colorado, she returned to New York. The years following became a turning point in her development as an artist. She studied at the Art Students League, Parsons School of Design, the School of Visual Arts, with a number of influential artists. During this period, she learned to tap into her painterly energy and push herself. She developed her own style with a clarified intent of making increasingly abstract work with simplified shapes. Rich has exhibited in both solo and group shows, received awards for her work, and has been included in a number of publications.