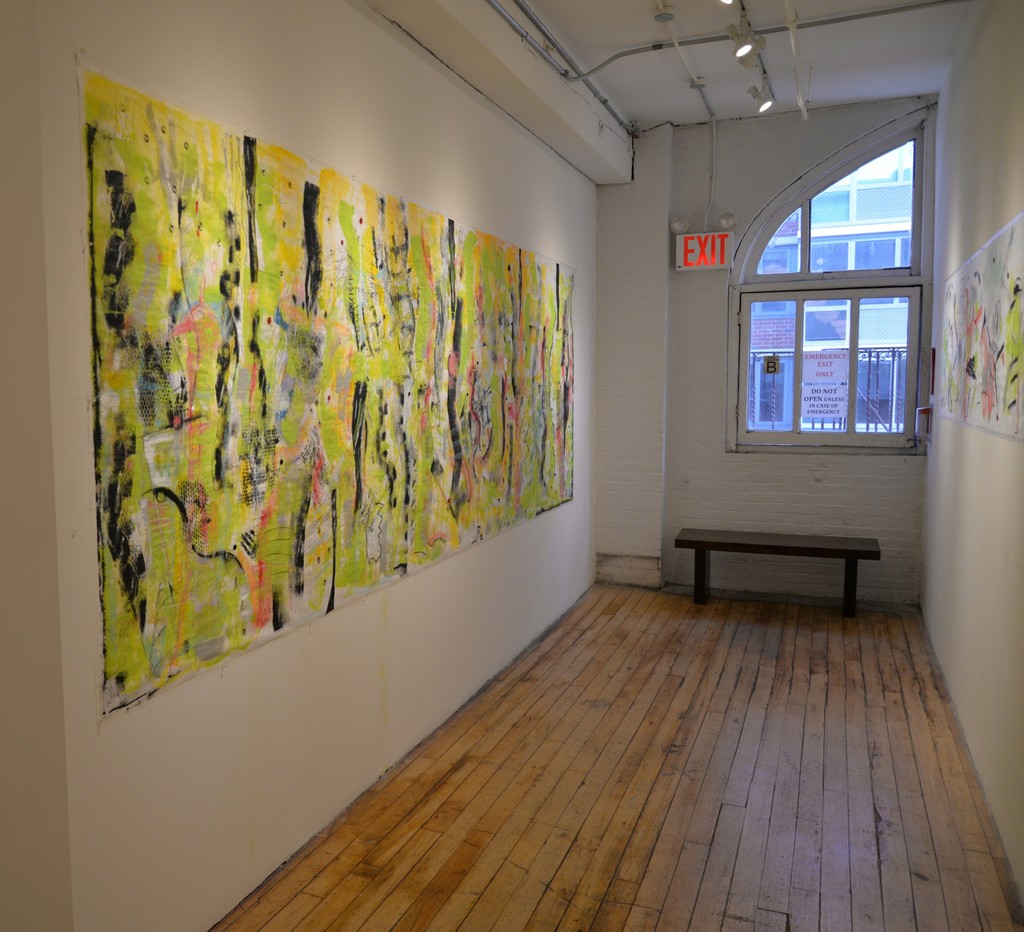 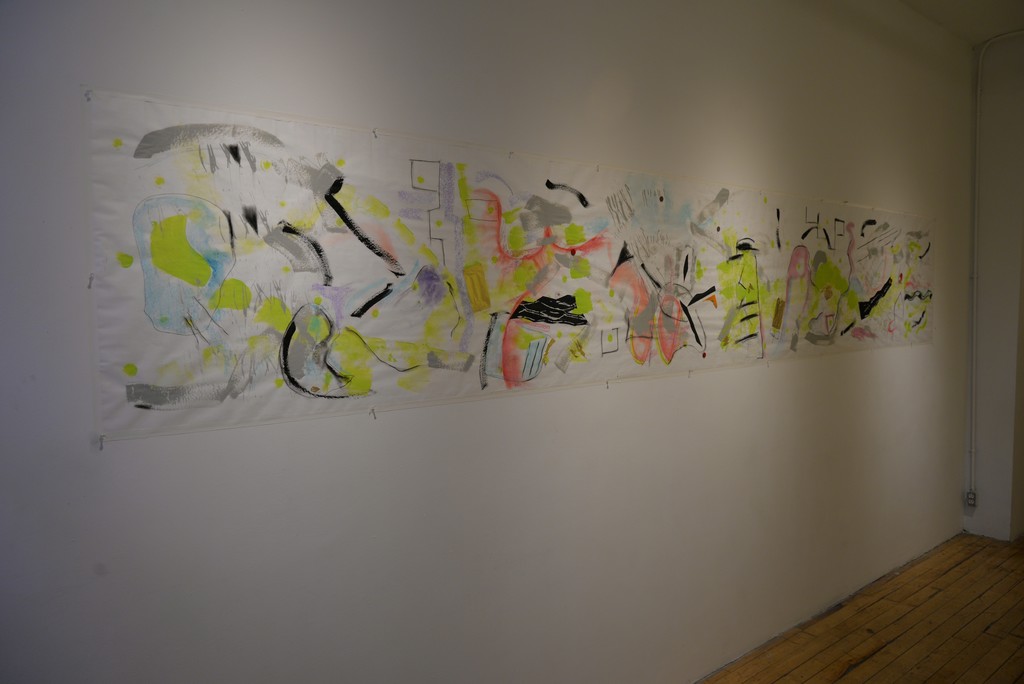 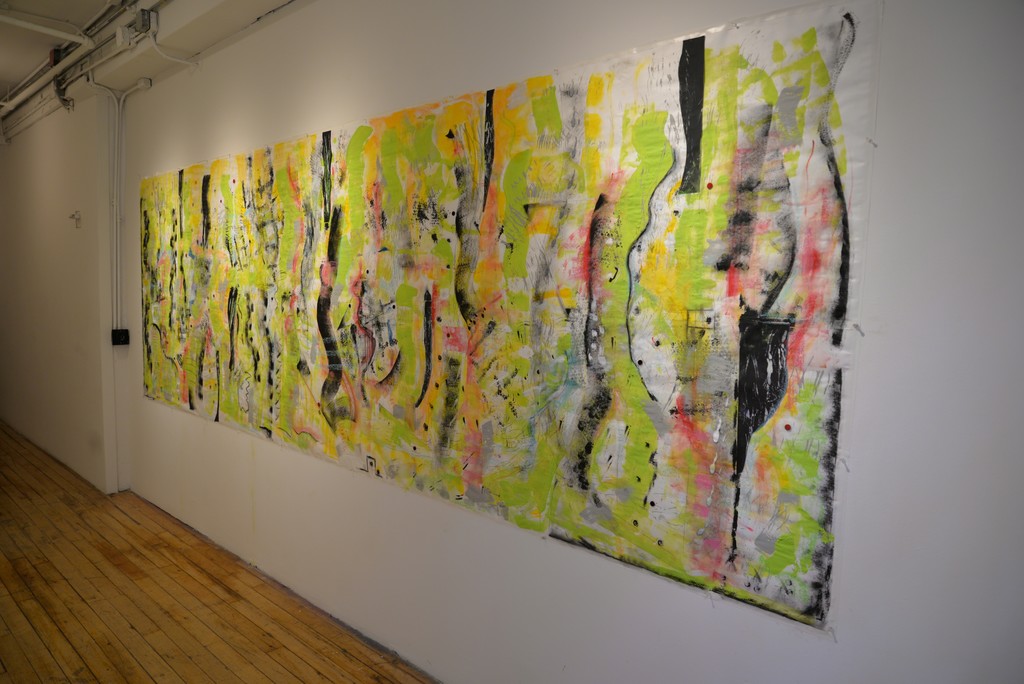 Carol Massa’s installation will be featured in the gallery space On the Wall. The artist is presenting an installation comprised of large drawings with collage that is inspired by the recent Whitney Museum retrospective of Frank Stella’s work. The artist has created the artwork in the space, and is responding to space through her marks.