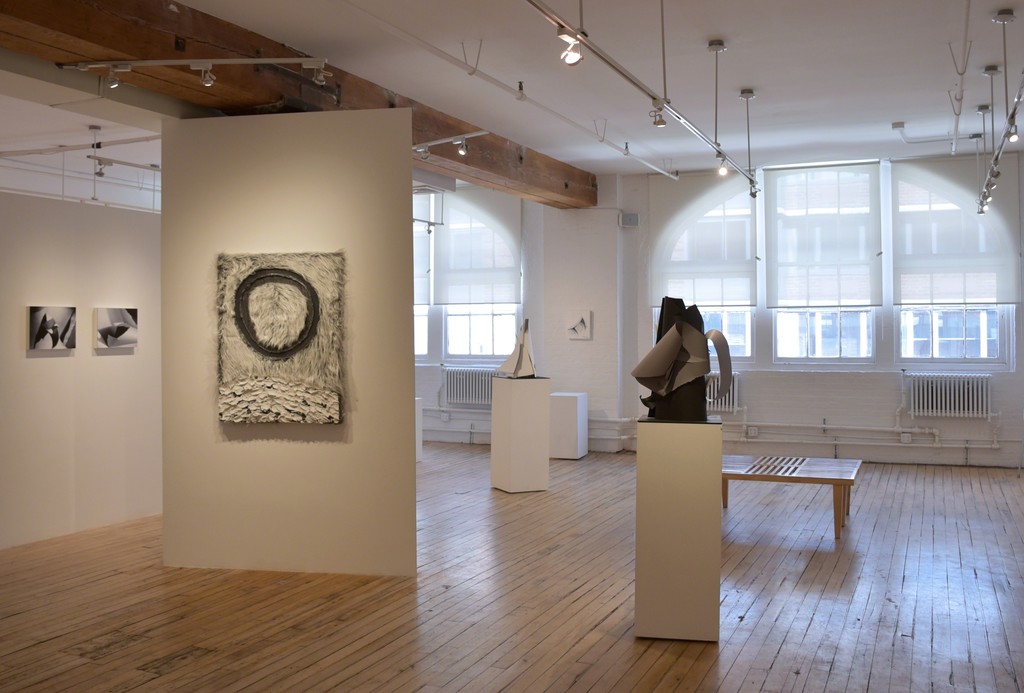 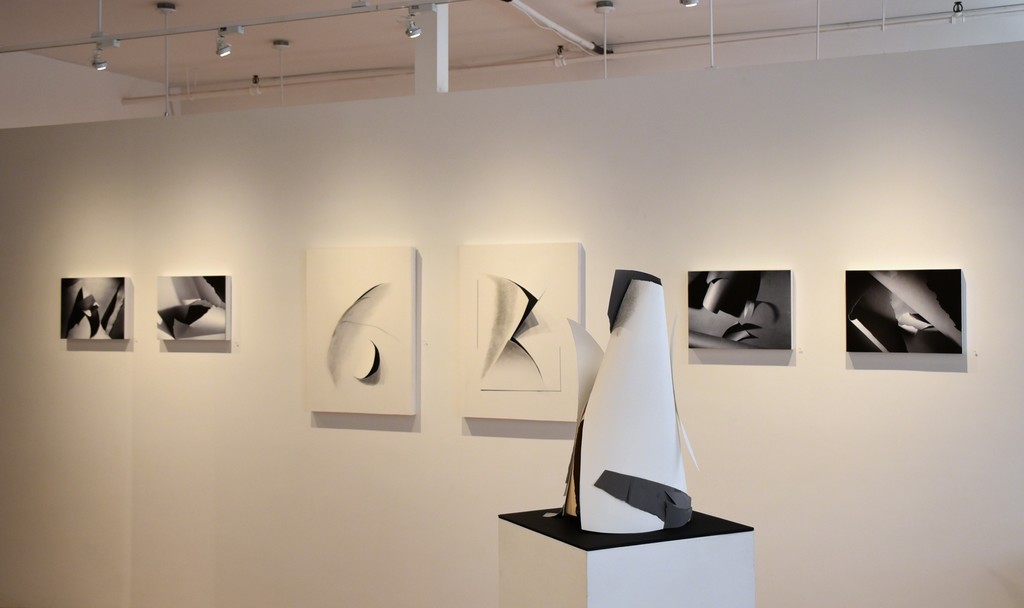 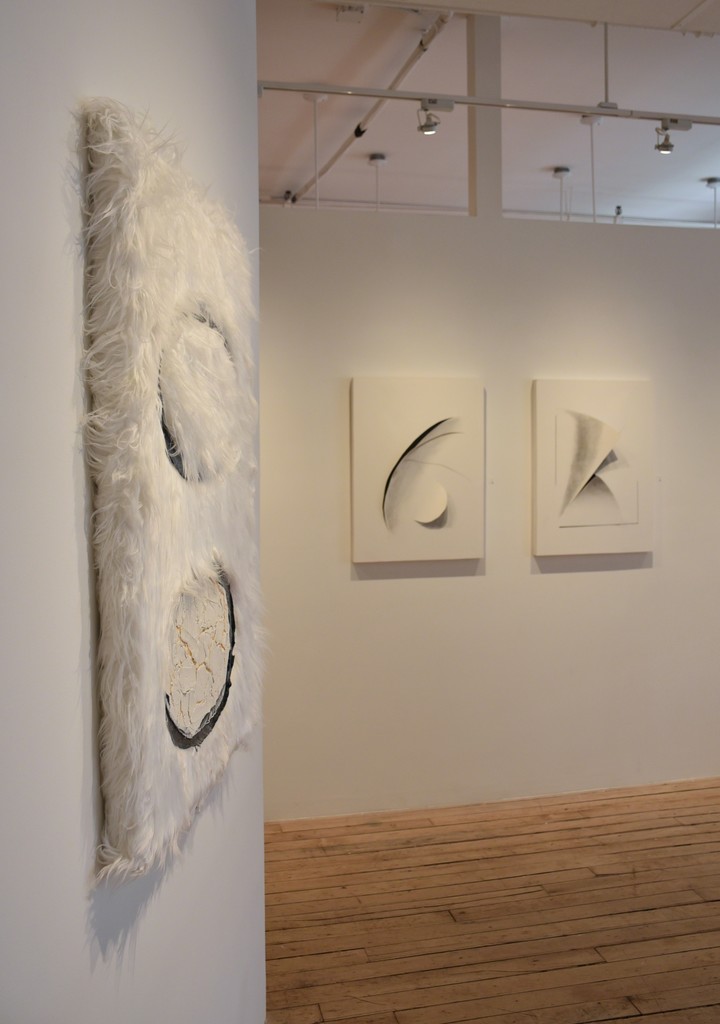 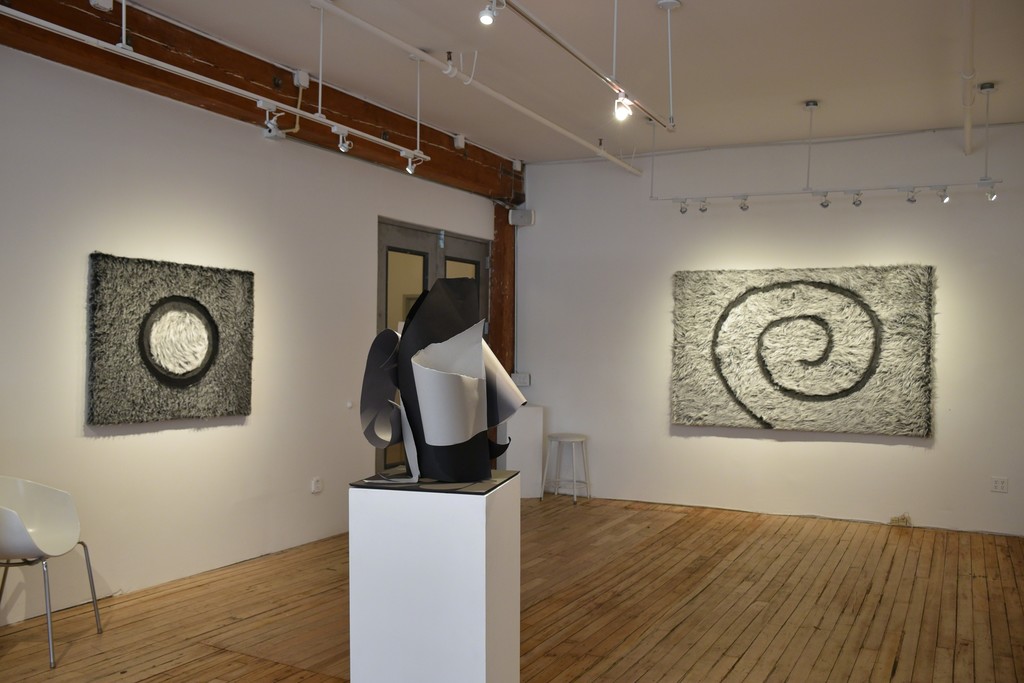 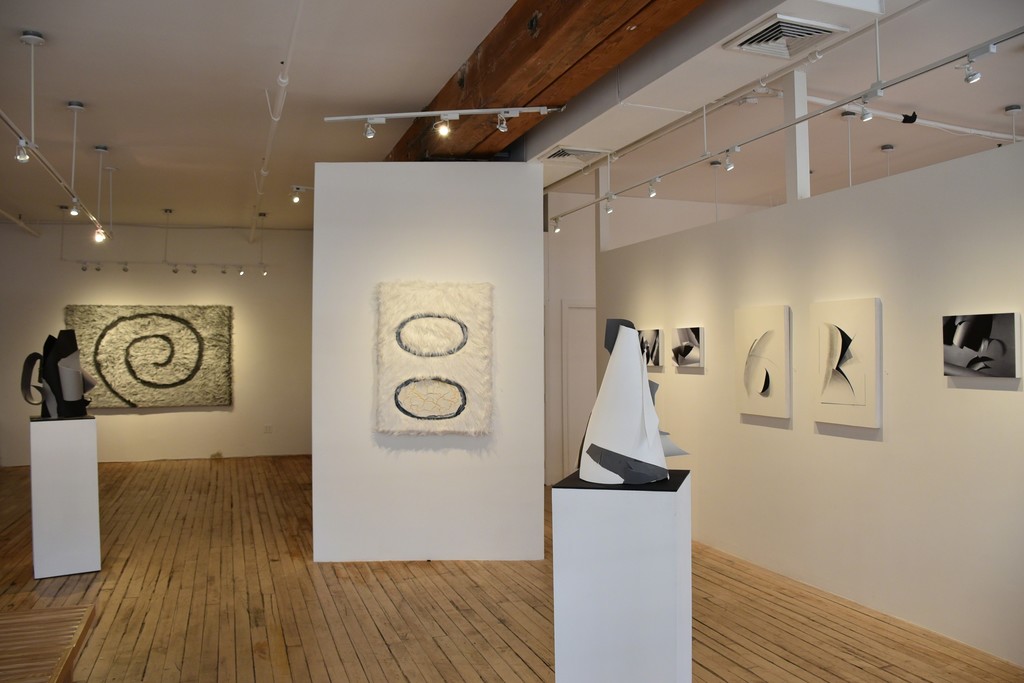 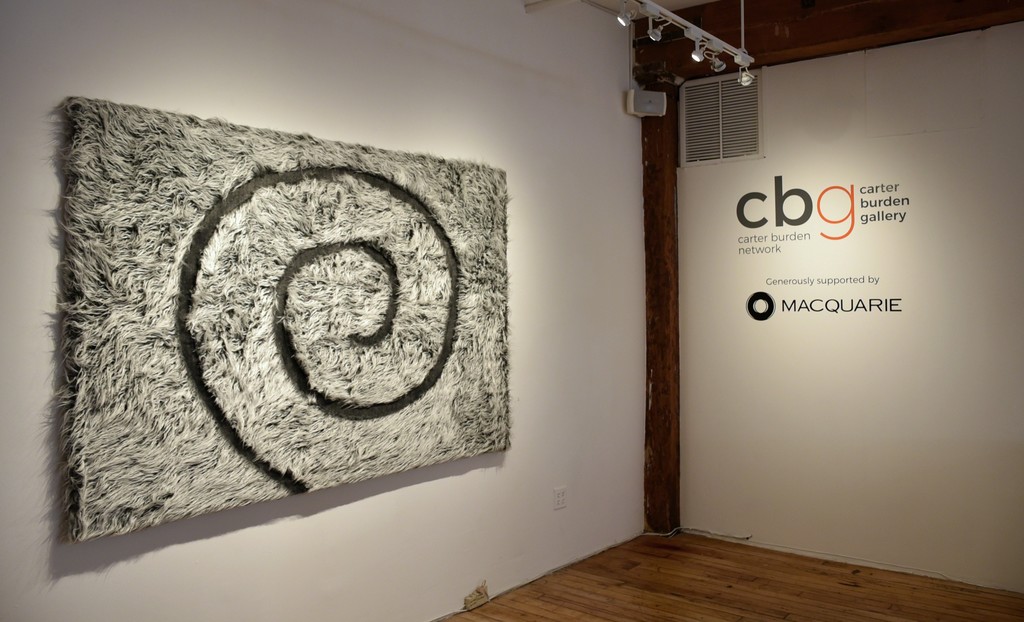 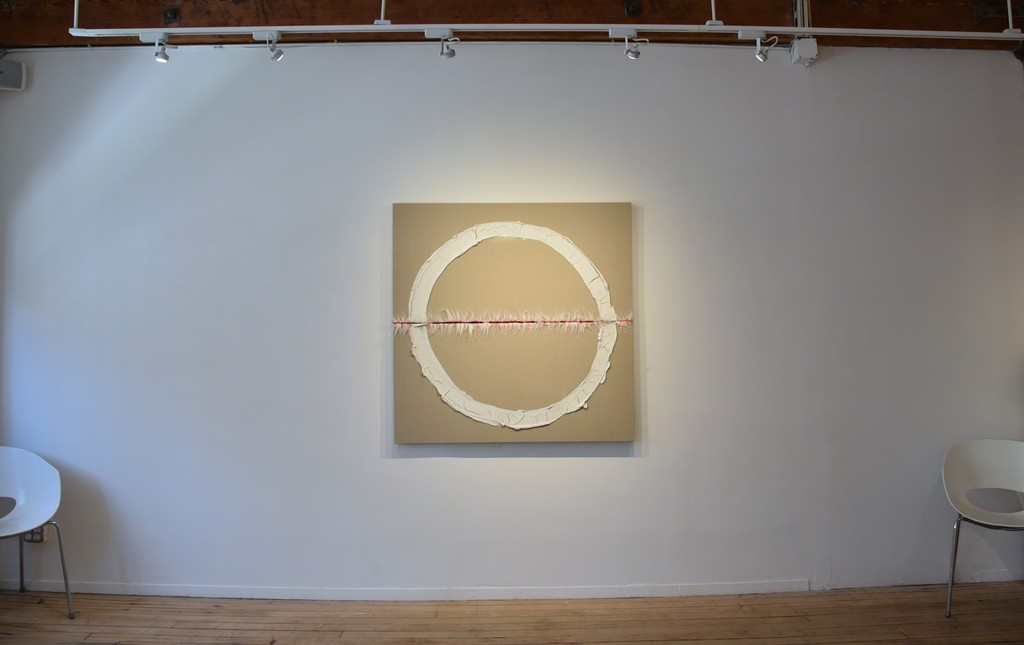 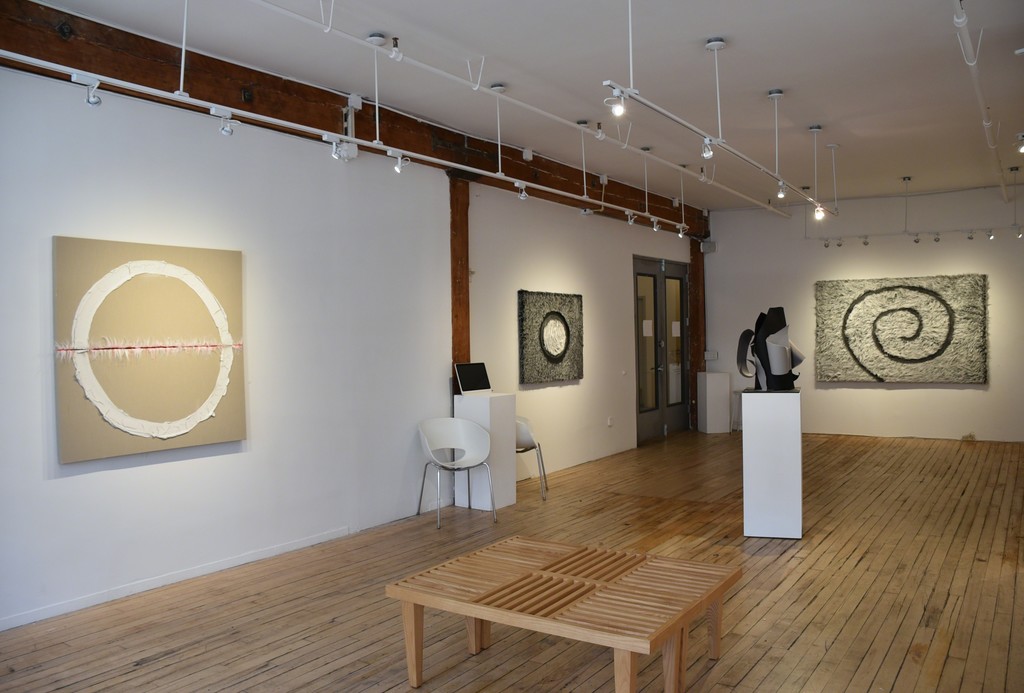 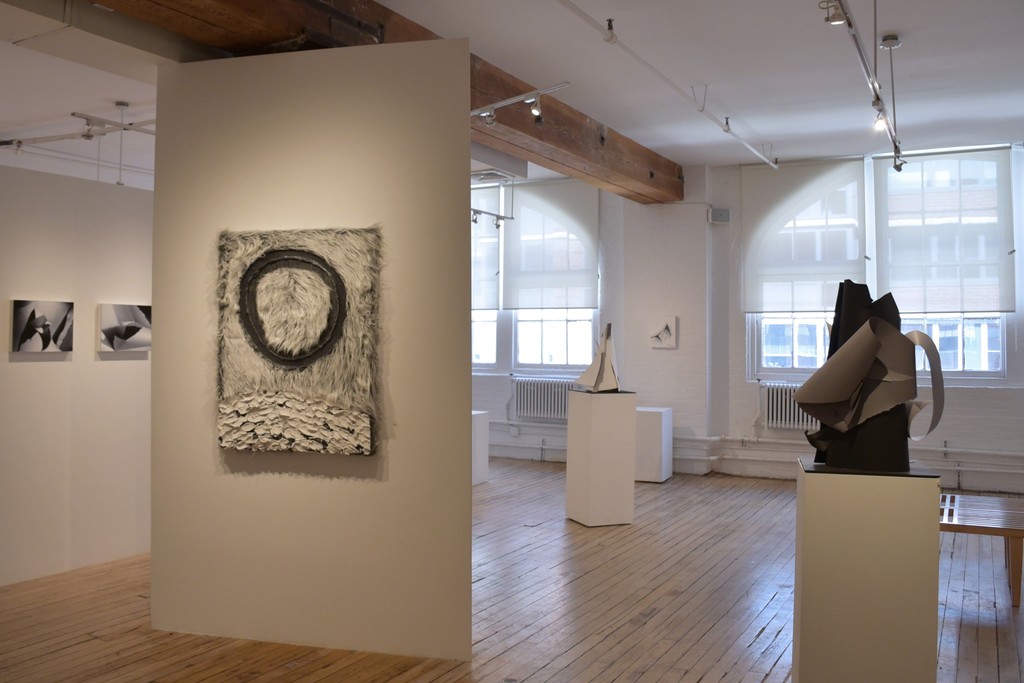 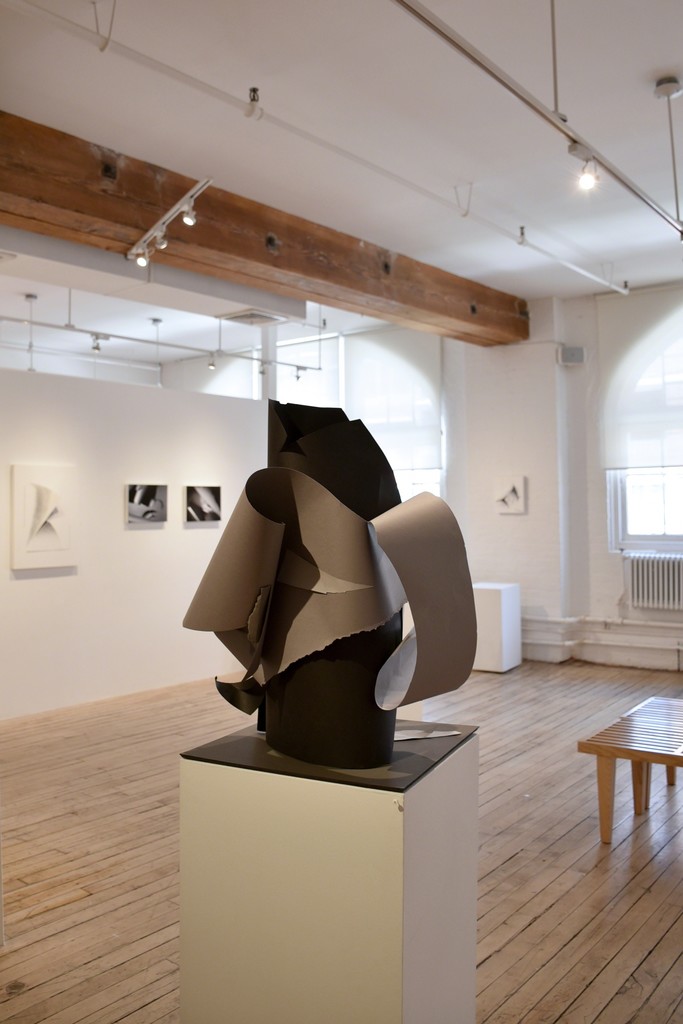 In his first exhibition at Carter Burden Gallery, Greg Brown presents large-scale abstract renderings that utilize a subtractive method to create mark making by removing the ground material of faux fur in the exhibition Illusive Presence. The works are formed by shaving geometric, minimal lines and shapes and by adding materials such as acrylic paint and tile adhesive compound to stretched fake fur. Brown introduced faux fur into his painting while he worked as a scenic artist and set painter in Hollywood, California. There he had access to different types of decorative materials, which allowed him to satirize the kitsch in fine art making. Around the same time he was volunteering at the Braille Institute in Los Angeles and became interested in making art that appealed to other senses like touch and even taste. Greg Brown states, “Although my art is not edible, its visual and material aspects might stimulate a viewer in multi-sensory ways.”

Greg Brown, born in Reno, Nevada, received a BA with a focus on animation and film editing from the University of Southern California’s School of Cinema, earned a BFA from Pasadena Art Center, and attended the Skowhegan School of Painting and Sculpture in Maine. Working as a scenic artist and set painter at ABC-TV studios in Hollywood, he painted sets and backdrops for sitcoms and award shows, like the Grammys, American Music Awards, and Muppet Specials. Greg Brown has exhibited in exhibitions in California and New York, including shows at Rosamund Felsen Gallery, Los Angeles; Los Angeles Contemporary Exhibitions (LACE); Flow Ace Gallery, Santa Monica; and Paula Allen Gallery. His first solo show in New York was at White Columns in 1993. Lichtundfire Gallery in New York City will be featuring The Beginning of the Universe and Other Things, a solo exhibition of Greg Brown’s drawings, which will be on view until May 6, 2018.

In the exhibition Illusive Presence, Howard Nathenson presents a selection of works from the series Cut and Torn, where paper becomes a vehicle for photographs, digitally manipulated multi-layered compositions, drawings, and as individual installations. Specializing in drawing, photography and painting, Nathenson’s imagery ranges from symbolic photographic realism to semi abstract compositions. Nathenson is particularly interested in the process of arranging and composing the cut and torn paper, contrasted and intermingled, the play of the three-dimensional and the two-dimensional. Illusive Presence focuses on texture, and the tactile nature of a range of materials and approaches.

Howard Nathenson, b. 1940, Denver, Colorado, is a painter and a photographer. He received a BFA in painting from the University of Denver and an MFA in painting from the University of California, Berkeley. He has taught drawing, painting, and photography at The University of California, Berkeley; California State College, Los Angeles; William Paterson University, Paterson, New Jersey; and Keane College, Newark, New Jersey. Nathenson has displayed his work across the country, including exhibitions in California, New York City and New Jersey. His paintings were shown in the Whitney Annual and the Extraordinary Images exhibition at the Whitney Museum. Nathenson was awarded a New Jersey State Fellowship for the Arts, in photography, and served on the Fellowship’s selection committee the following year. His work is in the collection of the Neuberger Museum, The Brodsky Museum at SUNY, The Bergen Museum, The University of Denver and many private and public collections.