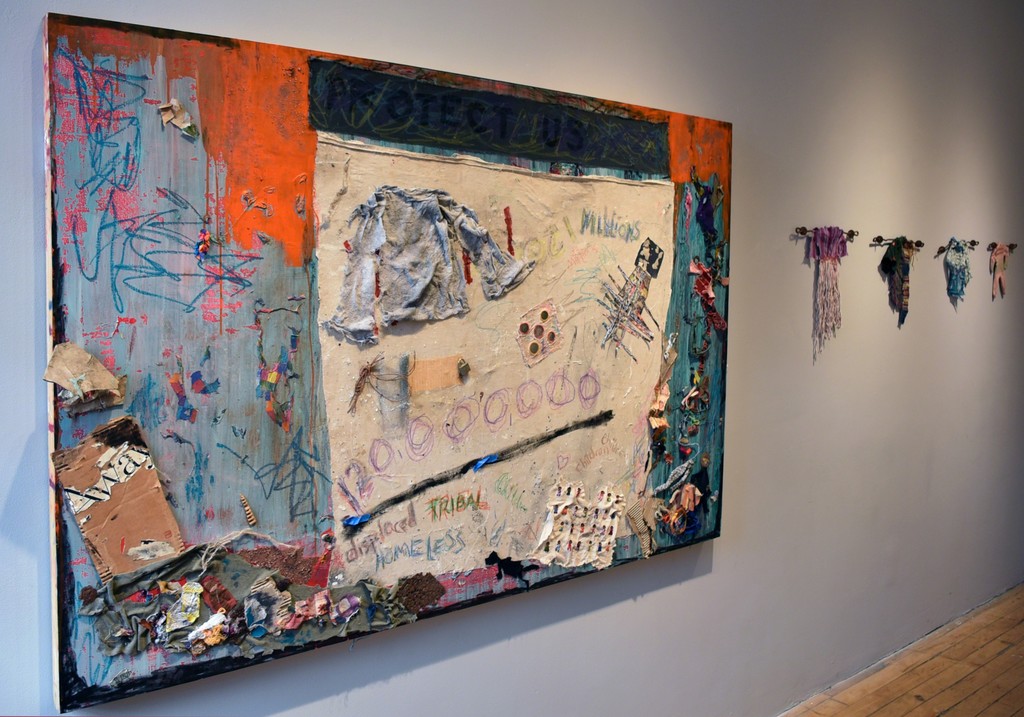 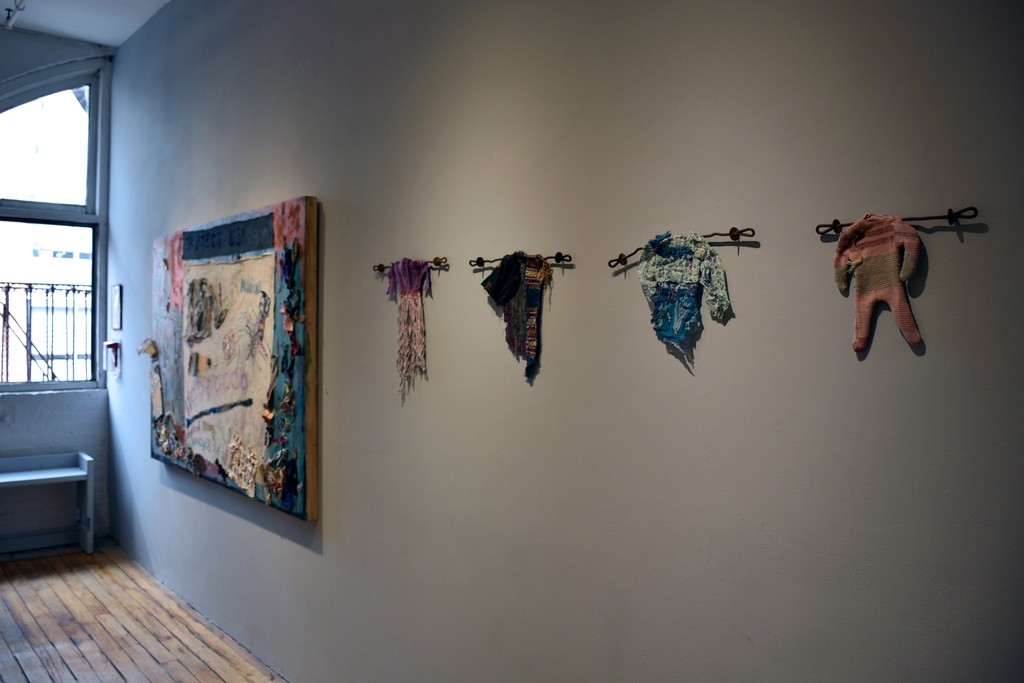 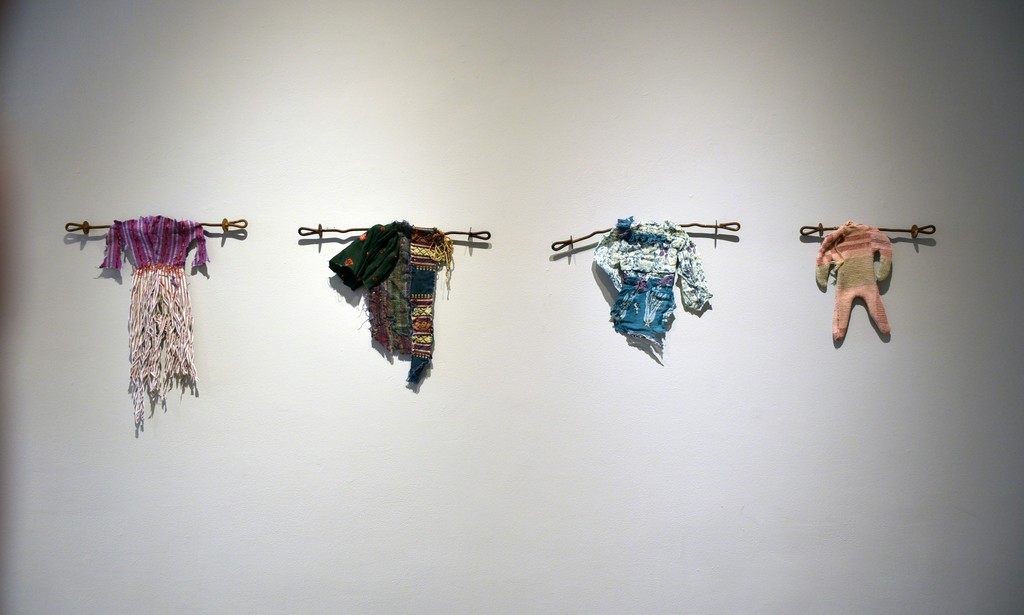 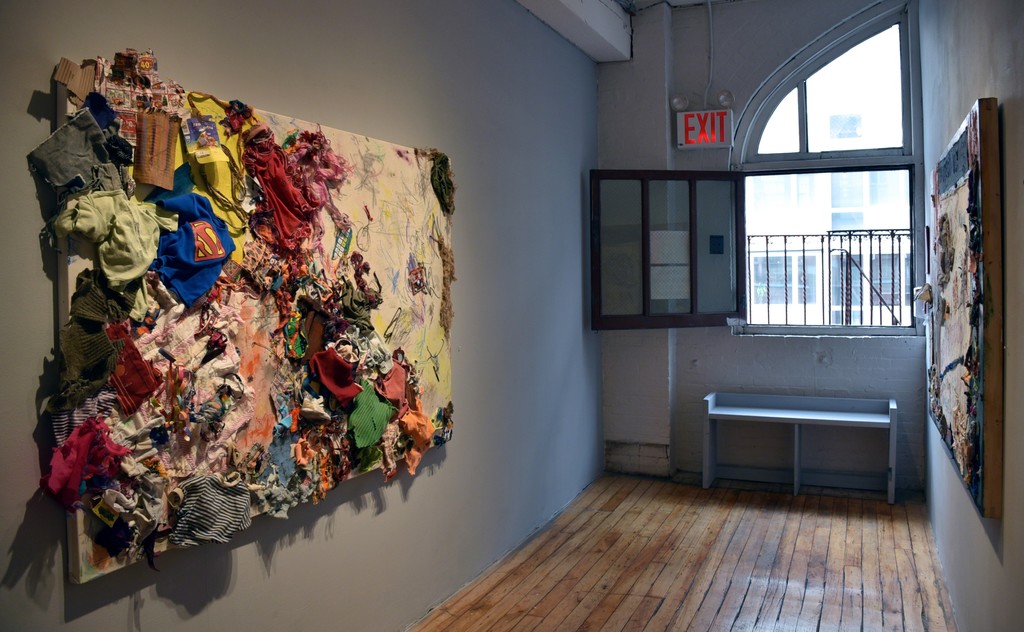 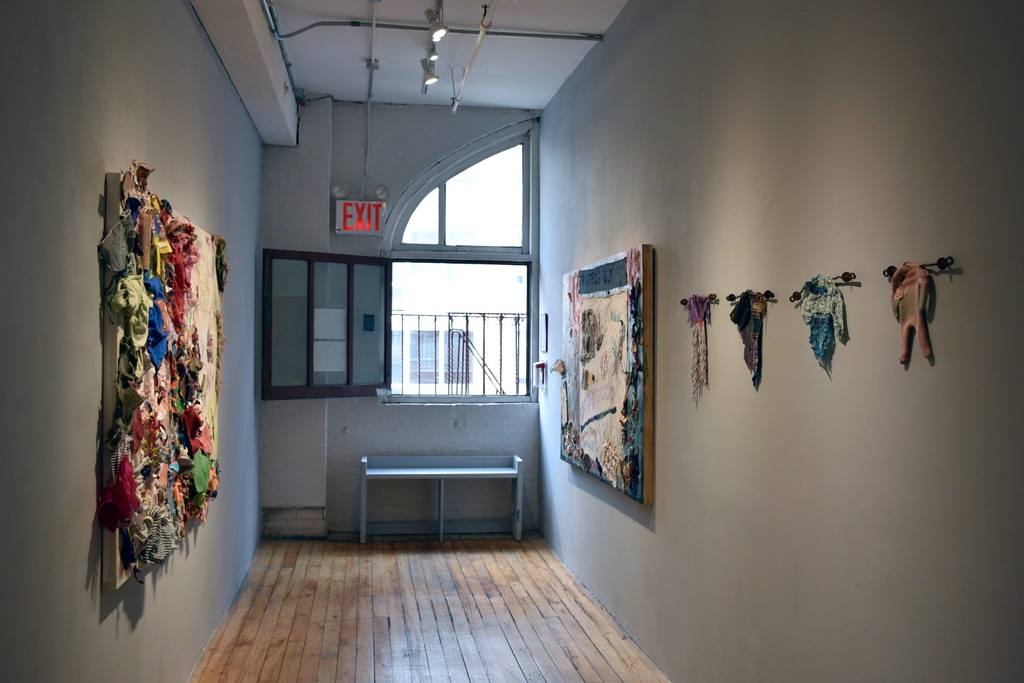 On the Wall features the installation PROMISE by Sue Dean. Over 120 million street children and disadvantaged tribal children live throughout the world, including America. The installation created by Dean honors them and is inspired by the children she has known and seen during decades of solo travel and living in other lands. During those travels Dean gathered scraps, rust, and discarded odds and ends; she then stitched and drew, painted and glued to create this revealing installation. Dean states, “PROMISE is an invitation to help impoverished children, to share with them, each in our own way. Young people deserve health, safety, education, and equality. Each child is valuable. Each can contribute to world peace.”

Artist, Sue Dean has a background in education and is committed to equality and human rights. Her belief in the possibility for a world of respectful diversity is informed by her extensive travels. She has been included in family events at a Native American Pueblo for decades, and solo backpacked in Turkey, Bosnia, Greece, India, Scotland, and England. She also spent four years living in Japan, immersed in design aesthetics, social customs, and encounters with living legends of traditional arts. Dean has participated in juried group exhibitions, the Creative Capital Summer Intensive, and Poetry Slams in New York. In a juried competition in 2017 her work was selected by the Metropolitan Transportation Authority (MTA) and Artists Unite to be featured in the New York City’s subway system.