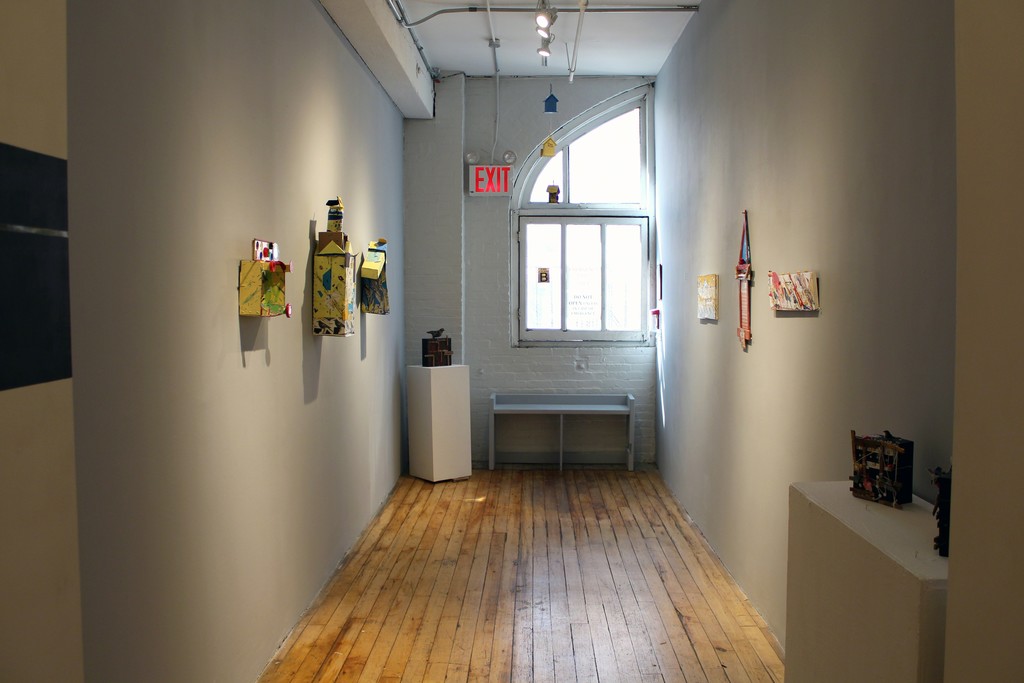 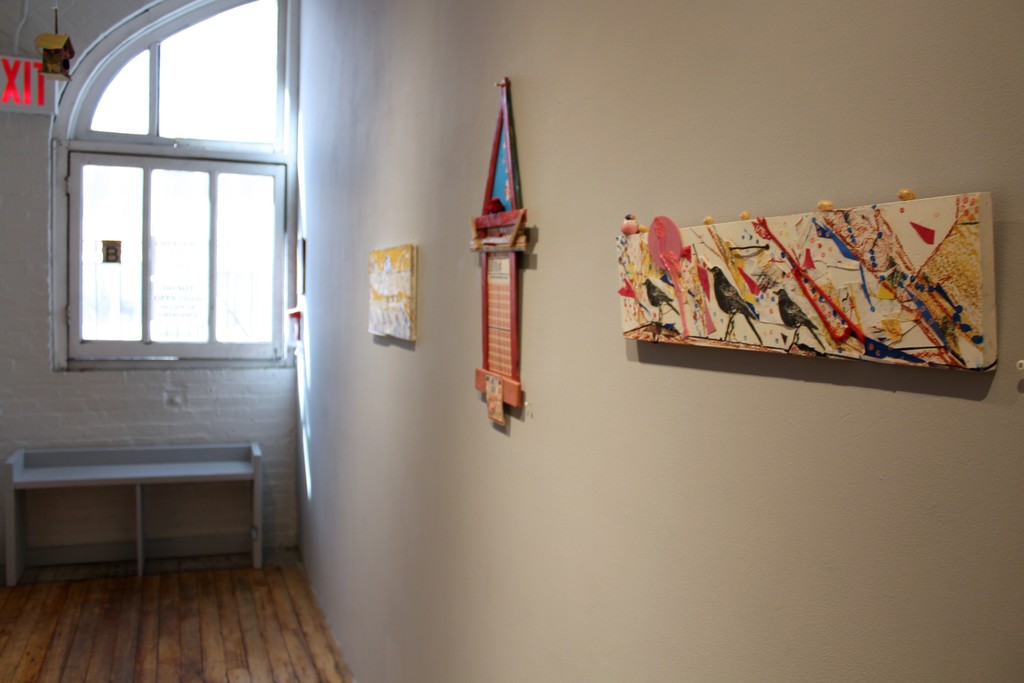 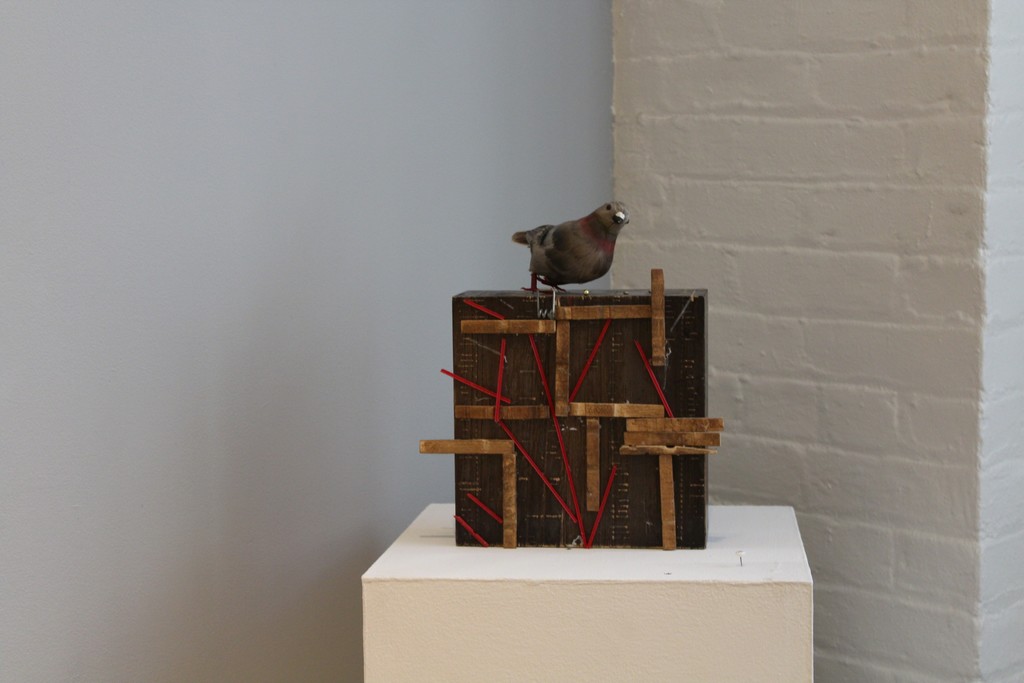 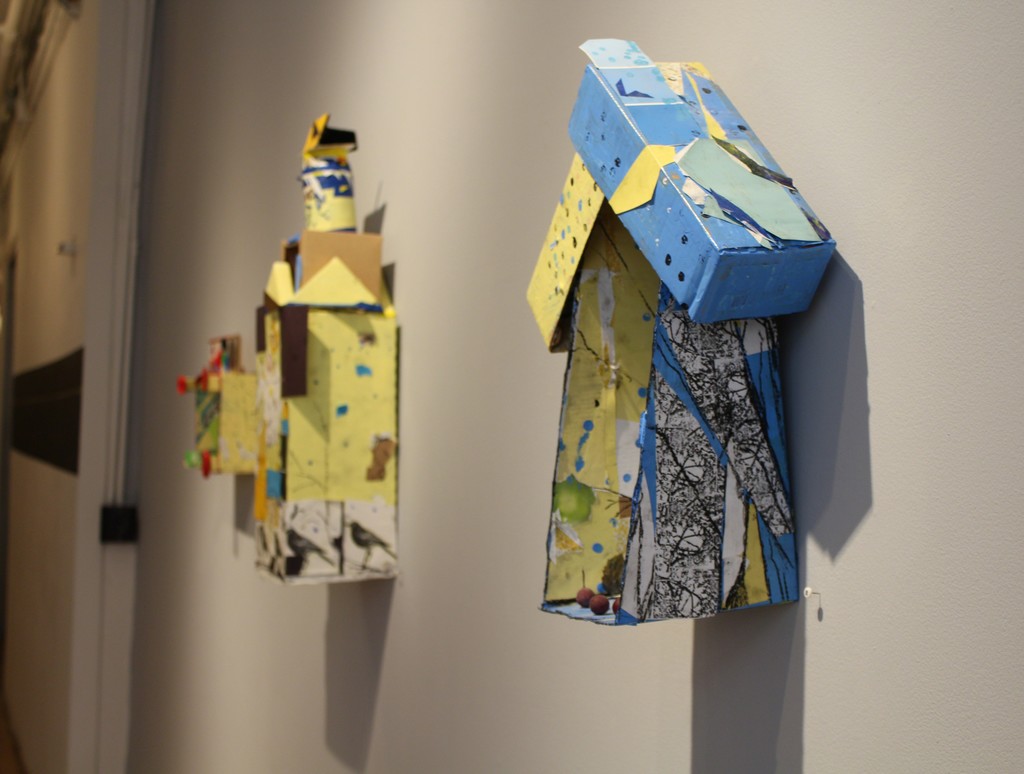 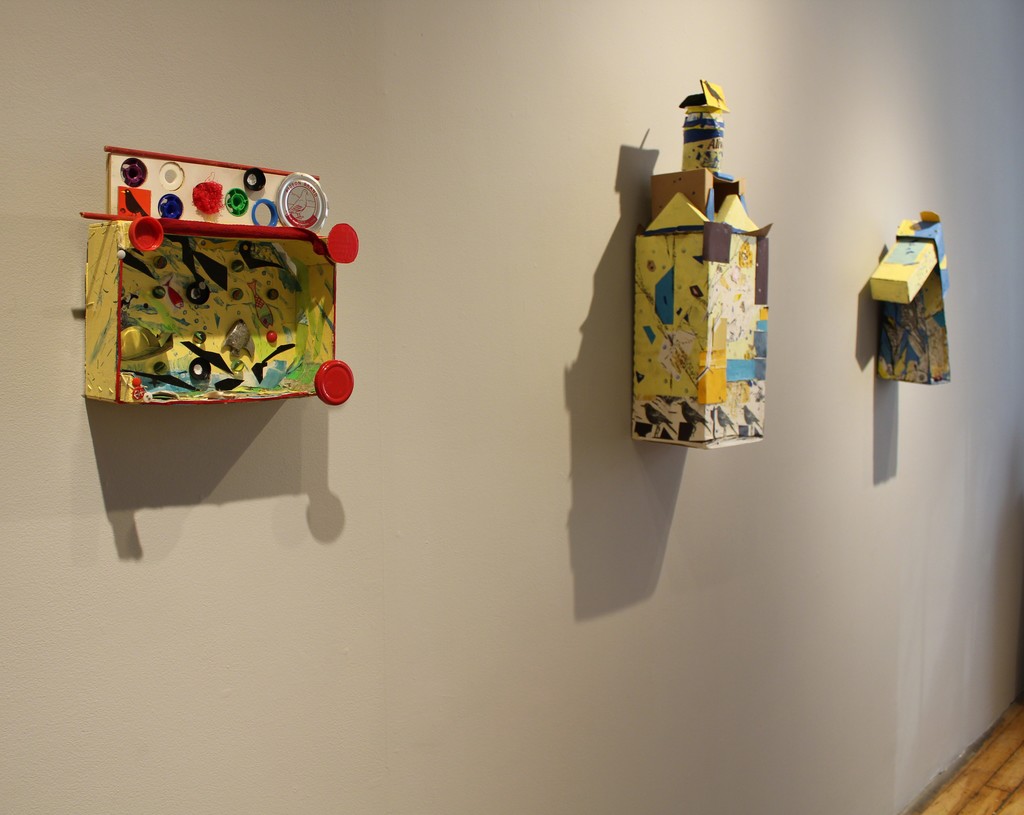 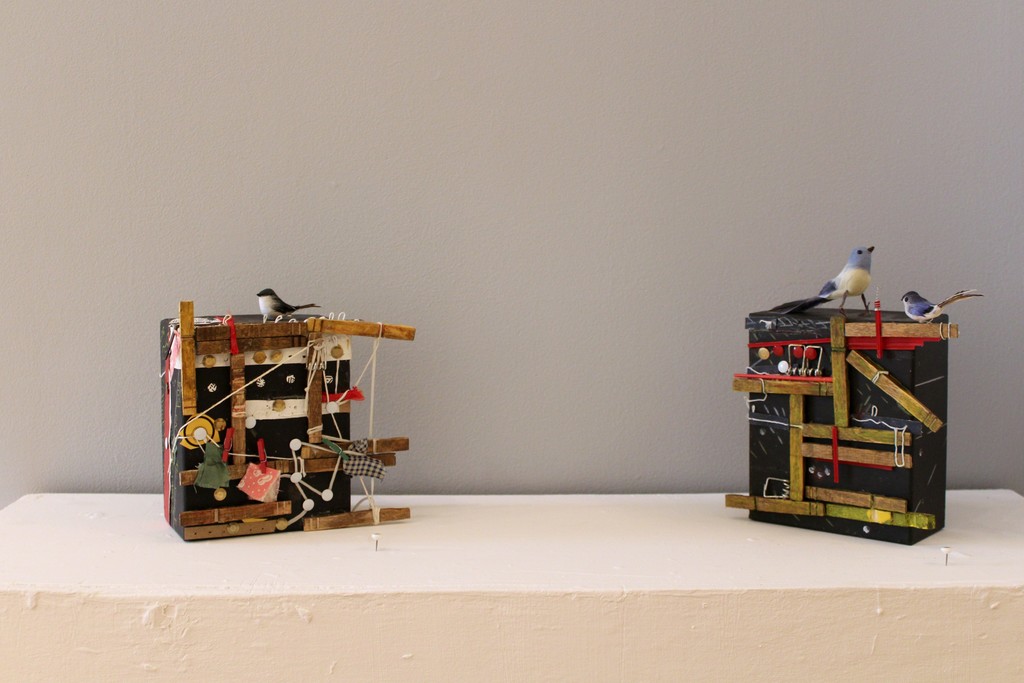 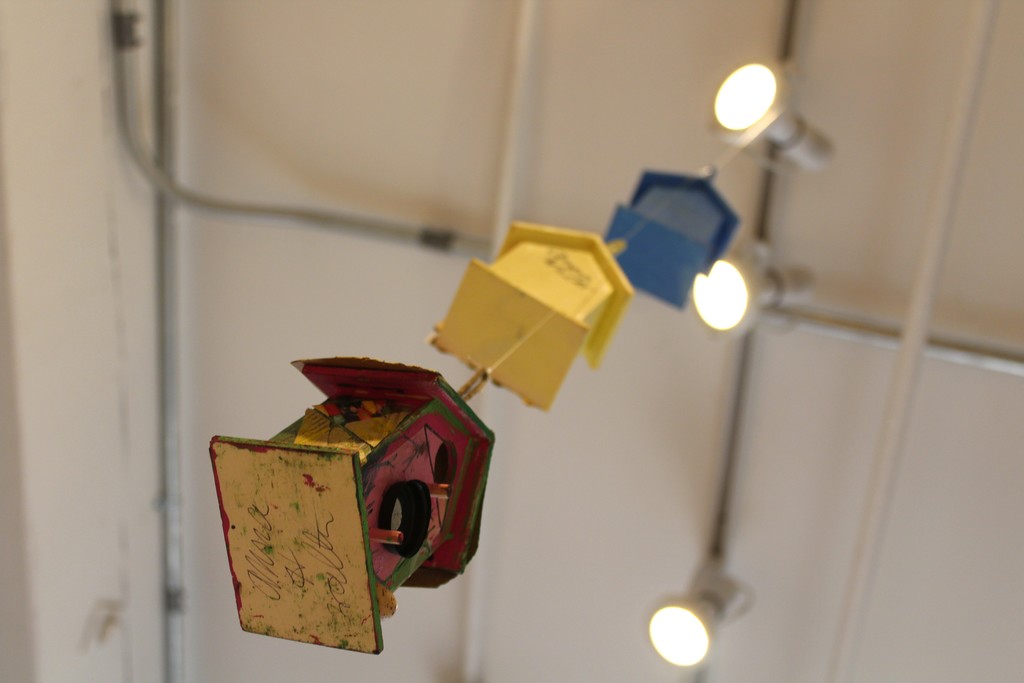 Anna H. Walter’s work is based on symbolic personal expression, and encompasses both internal and external experience. In the On the Wall installation, Walter states, “My idea incorporates the way in which birds seem worry-free, without fear, and have the ability to take flight if need be. As a human being, I would like to adapt to that concept and be able to let go.” Her work explores her personal physical trials, New York City, and the spiritual. She uses a variety of materials, including found objects to create exciting layered mixed media pieces and whimsical sculptures. Walter incorporates invigorating color with her work, creating pieces that transport the viewer to magical places and experiences.

Anna H. Walter, b. 1946, has been a lifelong visual artist, deciding to be so at the age of five. She studied at the School of Visual Arts and the Fashion Institute of Technology in New York City. Walter’s work has been exhibited in many New York City venues, including Hudson Guild Gallery (where her work was chosen for the Long Way Home exhibited at the Whitney Museum and St. Peter's Church), Macy Art Gallery at Columbia University, the New York Public Library, Wings Gallery, and the Chelsea Market. She is a Haym Salomon Arts Fellow, and has work in both in private collections and libraries in the United States and Canada.