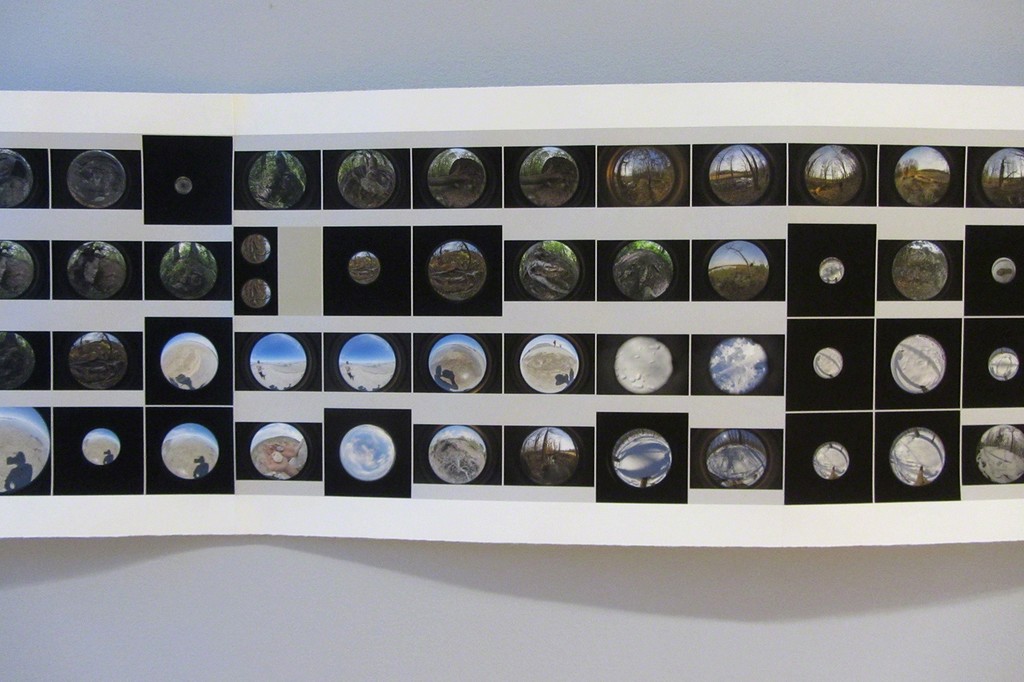 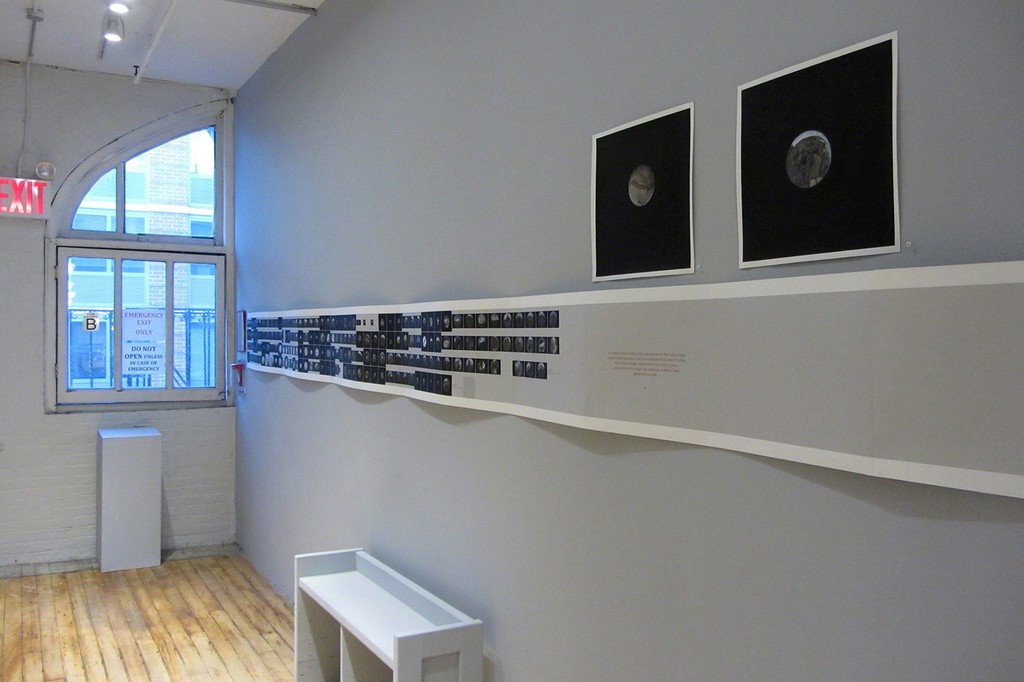 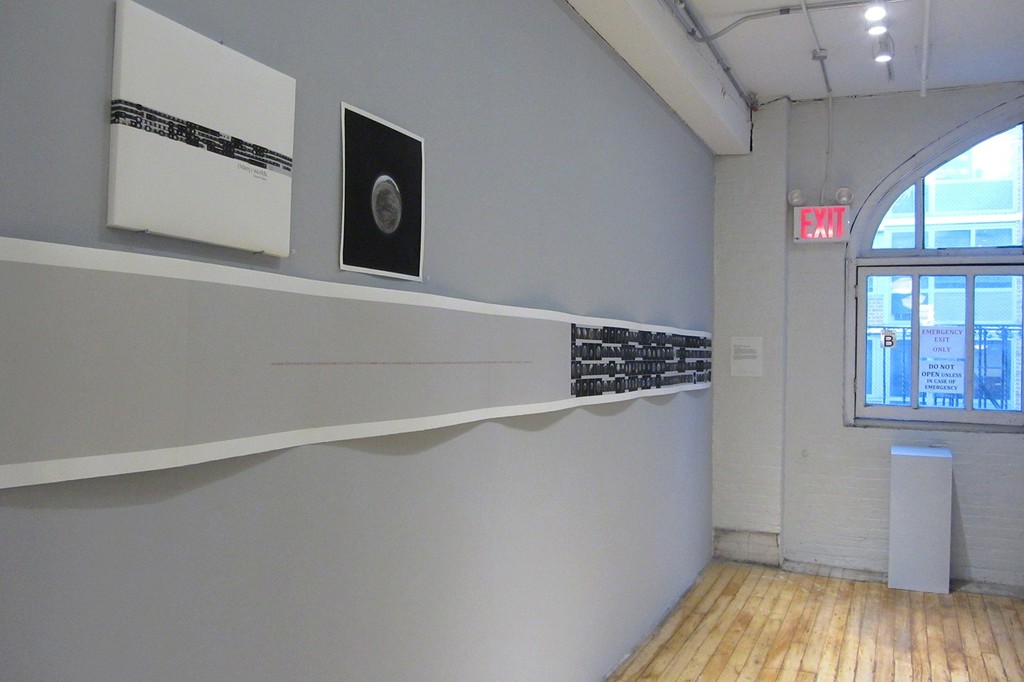 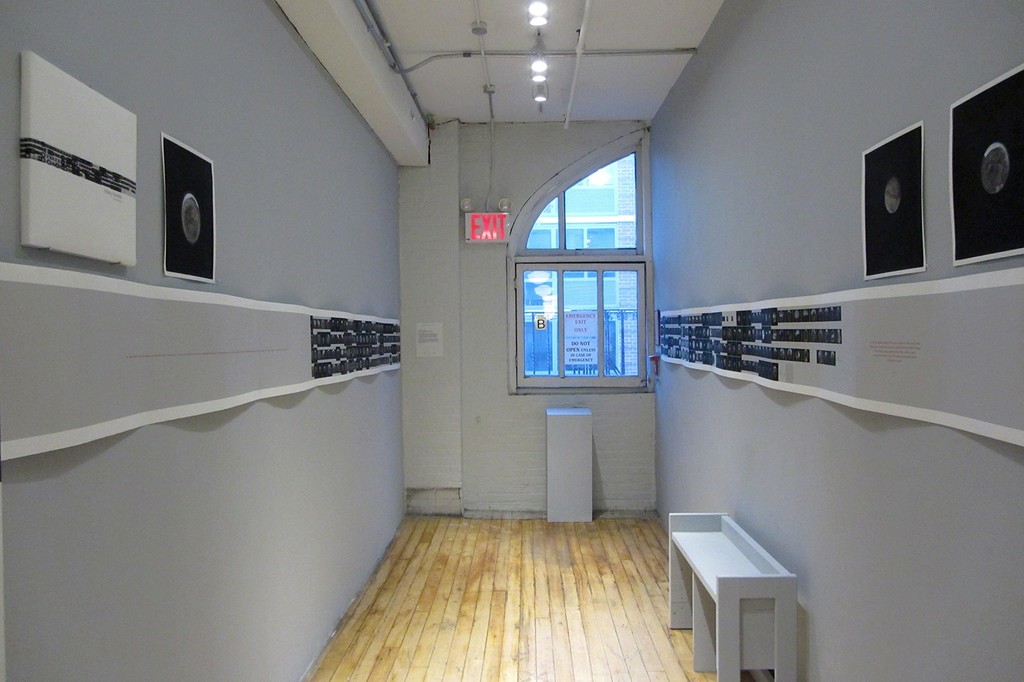 In On the Wall, Edward Fausty presents a sinuous installation in which hundreds of photographic images are displayed on an accordion folded book entitled Worlds. Harkening back to a dream Fausty had during his second year of college, Worlds uses landscapes done with a fisheye lens in order to replicate the wonder of seeing our planet from above and pondering our footprint upon it. Fausty states, “In Jungian psychology and Buddhist art, the circle is seen as a symbol of the self. I do see these Worlds of mine in that light, as objects of meditation, as refuge for my restless spirit, and, simultaneously, as a little journal of my wanderings upon our world.”

Edward Fausty is a photographer specializing in collotype and digital pigment printing on fine papers. A graduate of the Yale Master of Fine Arts program and The Cooper Union School of Art, Fausty’s photography is grounded in the documentary tradition of Walker Evans and color sensibility of his first teacher, Joel Meyerowitz. Fausty’s work is represented in such collections as The Canadian Center for Architecture, The George Eastman House, The U.S. Library of Congress, Pfizer Corporation, Yale University and others. He has shown at such institutions as The Hunterdon Museum, The Arts Center of New Jersey, The Dallas Museum of Art, The Canadian Center for Architecture, The Brooklyn Museum of Art, The Museum of Photography at George Eastman House, and numerous other venues, many in Northern New Jersey and New York City.