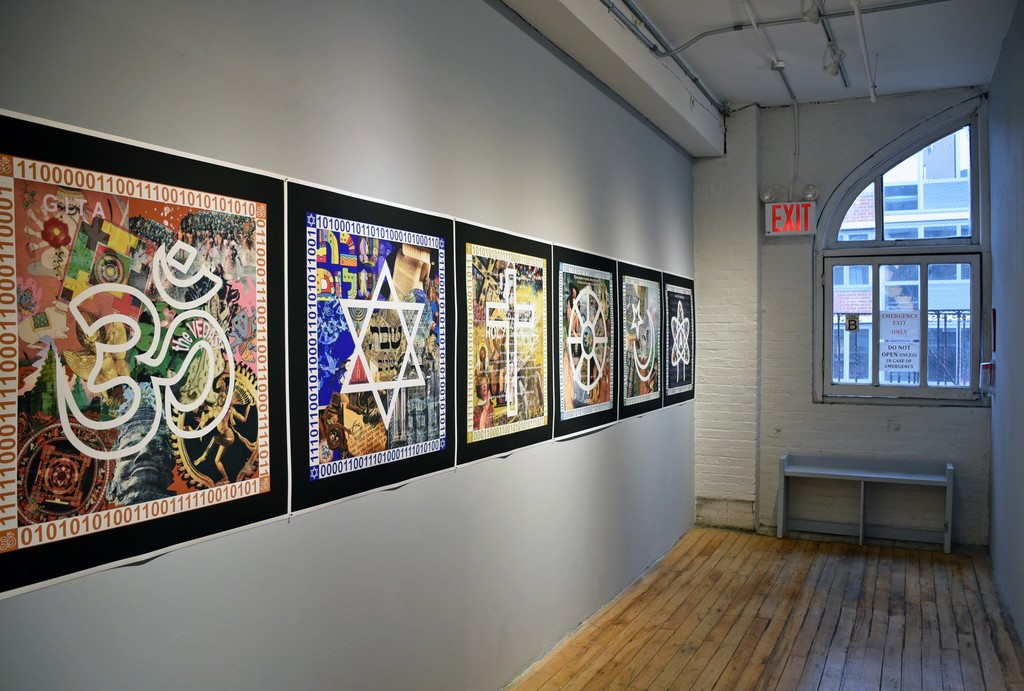 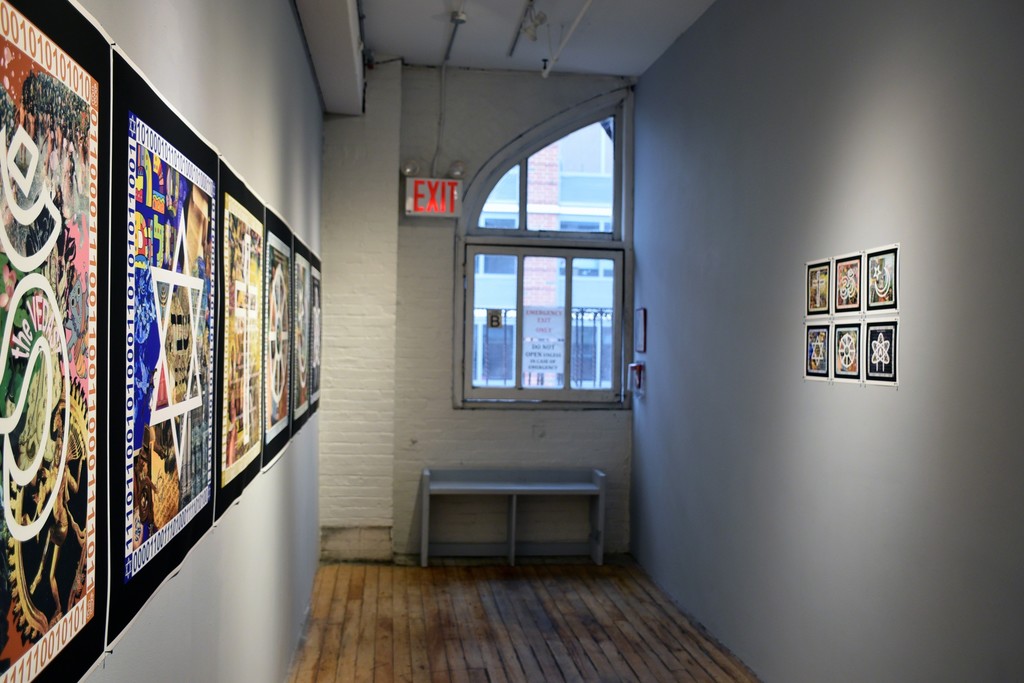 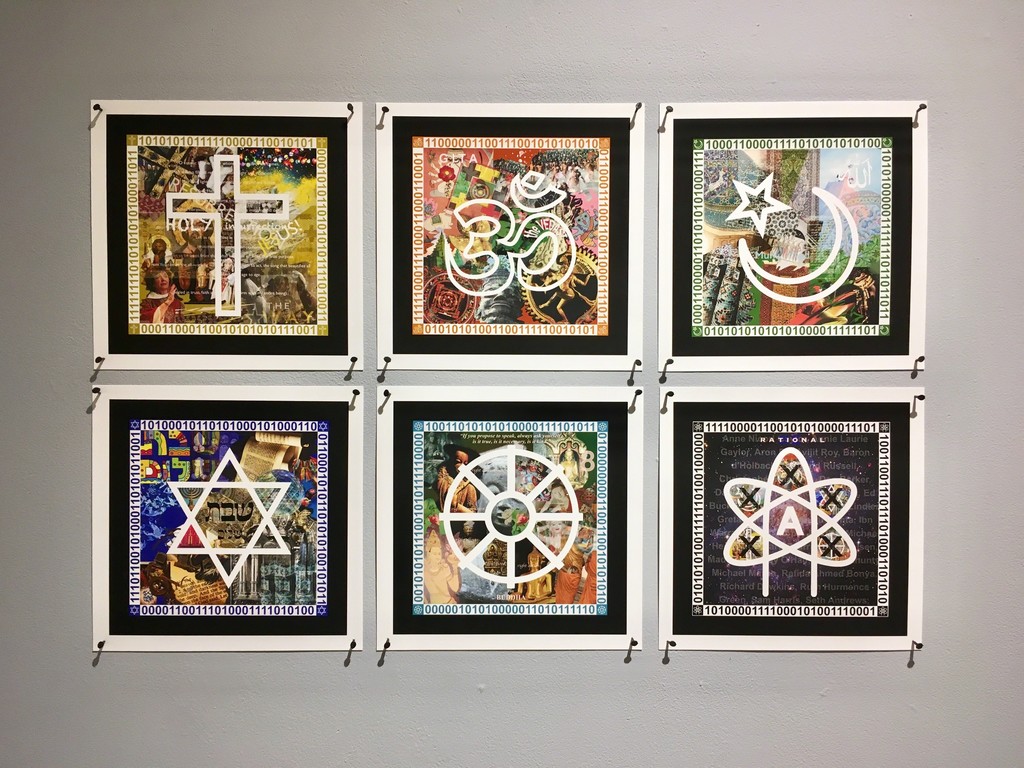 Roz Dimon and Sara Petitt present a six-tiered installation entitled Unity Mash for On the Wall, which features large prints representing Judaism, Christianity, Islam Buddhism, Hinduism, and Atheism. This work is a collaboration between Carter Burden Gallery artists: Sara Petitt, a textile designer, visual researcher, multimedia and photography artist who still spiritually searching and Roz Dimon, a multi-media artist, digital maverick, and interfaith minister. The artists explain, “Through the lens of ASCI code (the binary language that defines the digital universe) that borders each system of belief (or non-belief), we offer up a collage of imagery for all to ponder as we investigate the universal drive of humanity to bond in systems that reach beyond political and material concerns.”

Roz Dimon has been an innovator in the fine art world of New York City for more than thirty years. She studied in Italy while at The Lamar Dodd School of Art at the University of Georgia in Athens. She moved to New York in the early 80s to begin working and training in digital media. Dimon was invited to teach some of the earliest pioneering courses in digital art as a visiting Professor at Pratt Manhattan and Associate Professor of Computer Art at Marymount Manhattan College in New York. She has lectured and presented her work at early digital art institutions including The School of Visual Arts, The International Symposium of Electronic Arts, and International SIGGRAPH. Dimon's artworks are in AT&T's corporate collection at their super-computing facility and she has been supported by such notable patrons as the former Walter Liedtke, Curator of 17th century art at The Metropolitan Museum.

Sara Petitt, b. 1934, studied Fine Arts with Paul Feely at Bennington College, where she received her BFA. Following graduation she studied photography with Lisette Modell and Joseph Breitenbach. Always the avid learner, she has continued her studies at the International Center for Photography. She worked as a textile designer, and Stylist/Design Director for major textile companies for many years. Petitt has also worked as an educator, teaching and lecturing in design both nationally and internationally, and most recently was a tenured professor at the Fashion Institute of Technology. Petitt has shown extensively in New York and has work in private collections.