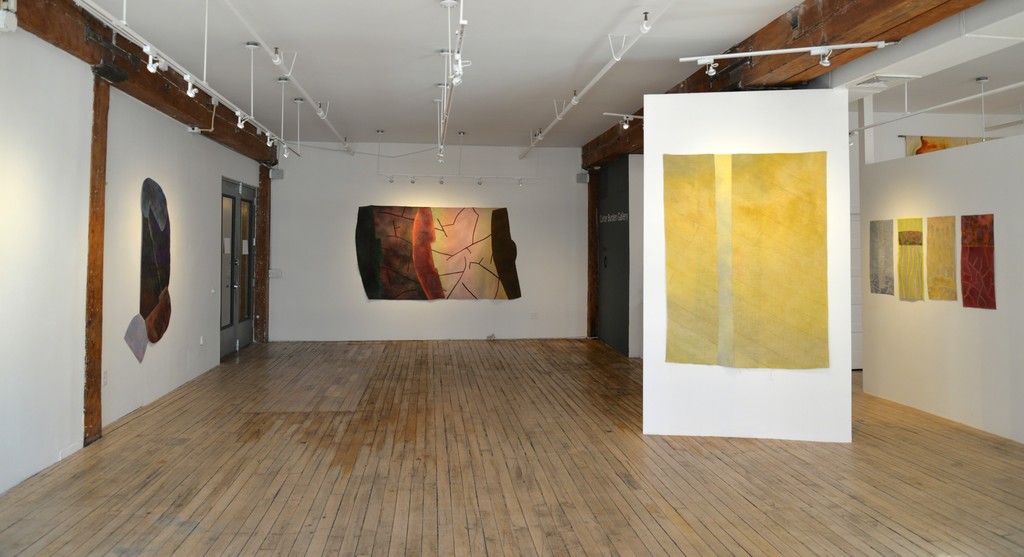 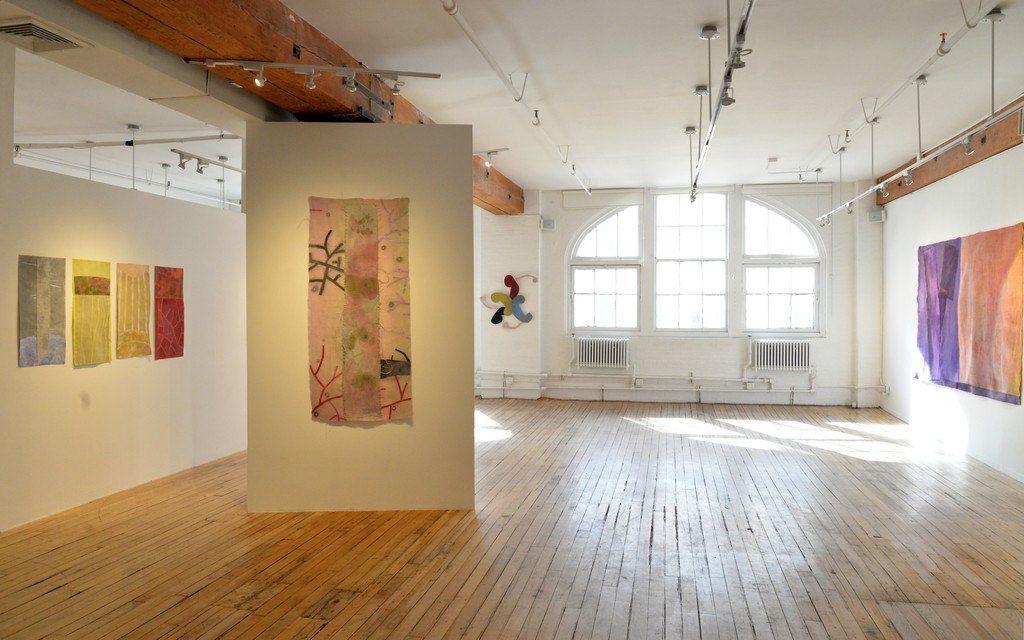 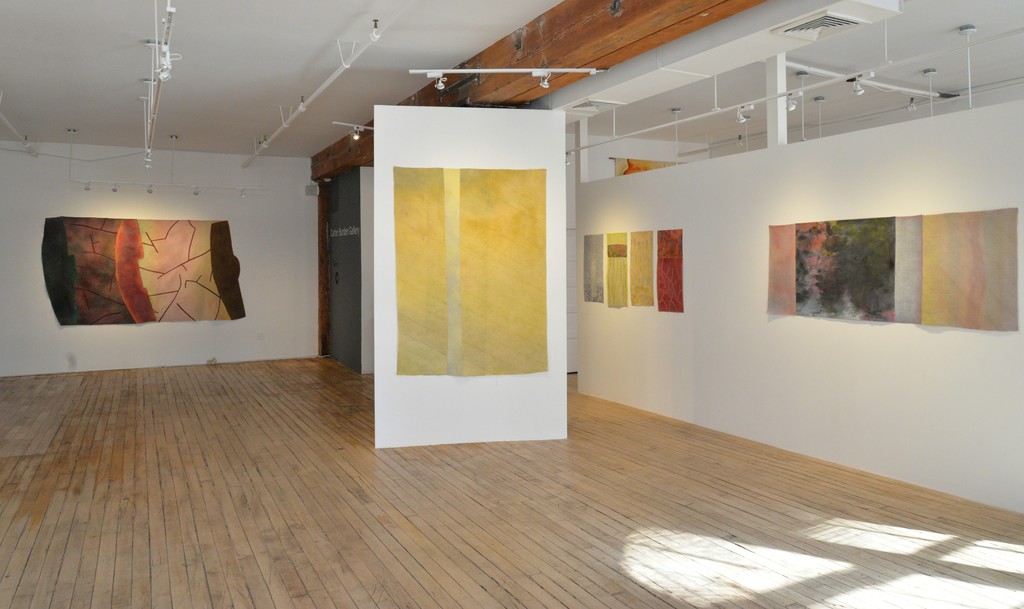 Carter Burden Gallery presents Only Connect in the east gallery featuring Grace Bakst Wapner. The reception will be held April 7, 2016 from 6 – 8 PM. The exhibition runs from April 7th through 28th at 548 West 28th Street in New York City. The Gallery hours are Tuesday-Friday, 11am-5pm, Saturday 11am-6pm.

In Only Connect, Grace Bakst Wapner presents recent paintings for her first exhibition at Carter Burden Gallery. The artist’s rich palette appears subdued and calm on her distinctive surfaces of unstretched jute, canvas, and buckram. The pieces hang lightly while commanding a presence with the sizes varying from 14 inches wide to almost 10 feet wide. The title and seminal work featured in the exhibition is inspired by the phrase “only connect” from E. M. Forster’s Howards End. Wapner’s interest is first and foremost the aesthetic of the physical components and their relationship to one another. As the artist’s current body of work evolved, it became increasingly apparent that it is rooted in our connection to one another and to the world about us.

Grace Bakst Wapner was born in 1934 in Brooklyn, New York. Wapner received her B.A. from Bennington College, and attended the summer M.F.A. program at Bard College. She received a National Endowment for the Arts Fellowship in Sculpture Award for 1978-1979, a National Academy of Arts and Letters Purchase Prize Award in 2013, and an Outstanding Achievement in the Arts Award from the Byrdcliffe Guild in 2015. After being a member of 55 Mercer St. Gallery from 1973 until 1978, she joined the Bernice Steinbaum Gallery in New York City where she had six one-person shows. Wapner has had 26 one-person shows and participated in over 100 group exhibitions. Her work is in public and private collections.